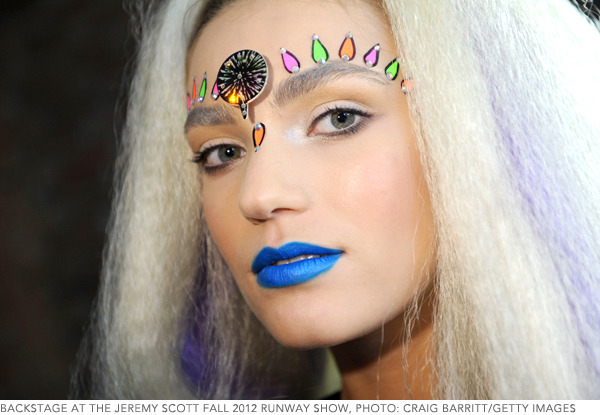 Though it’s been around for centuries, the bindi is hotter than ever right now! We’ve spotted these decorative forehead adornments on everyone from Kerli to Katy Perry, and they even played a major role in the makeup at the Jeremy Scott fall/winter 2012 show. Safe to say—the upcoming season is the perfect time to start decorating your forehead, but the bindi is nothing we haven’t seen before.

Bindis have roots in Asia as a symbolic decoration, as well as an aid in spiritual guidance. In India, a woman may wear a red bindi to show that she is married, while in China, the red bindi is a symbol of good fortune. Practicing Hindus and Buddhists use a bindi on the forehead to draw energy to and from the the 6th chakra (aka the brain). To break it down, wearing a bindi between your brows is said to help center concentration by drawing focus to that area. Talk about a powerful beauty mark! 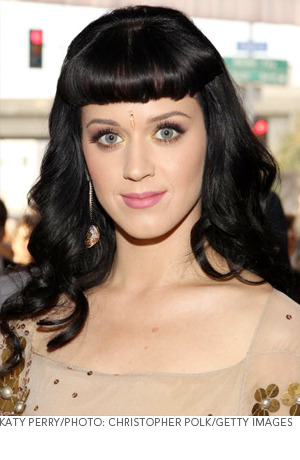 Traditional bindis hold an amazing cultural history, but believe it or not, the bindi “trend” has been around longer than you think. Chinese women were adopting the bindi for vanity purposes as early as the Tang dynasty—that’s over 1200 years before those old photos of Gwen Stefani surfaced onto your Tumblr feed! We remember seeing stick-on bindis on Boy George in the 1980s, as well as on spiritually minded stars like Madonna and Nina Hagen. India too has jumped on board with the bindi trend. Bollywood stars and fans can be seen sporting elaborate decorations—sticking them not only onto their foreheads but all around the face, and sometimes the fingers and navel!

The spiritual meaning behind the bindi makes it a powerful beauty statement. Blogger and fellow bindi lover Audrey Kitching wears a bindi as both a fashion option and an homage to the fascinating culture behind it–—“It’s like a bedazzled reminder to stay within your third eye. To always be conscious,” explains Audrey. The ‘90s may be back, but it’s refreshing to know the original intentions behind the bindi are still alive.

So far this year we’ve seen everything from painted on dots, to glued on crystal decorations,  from imported adhesive felt bindis, to handmade westernized options. Bindis are now worn with everything—including mall goth blacks, new rave neons and summer bohemian florals. Statement piece maybe, but today’s trendsetters are proving the bindi is as loud as it is versatile. For now, the bindi trend is here to stay, and that’s enough to give anybody peace of mind.