Get Ready For Halloween With These Limited Edition Disney Villains Kits! 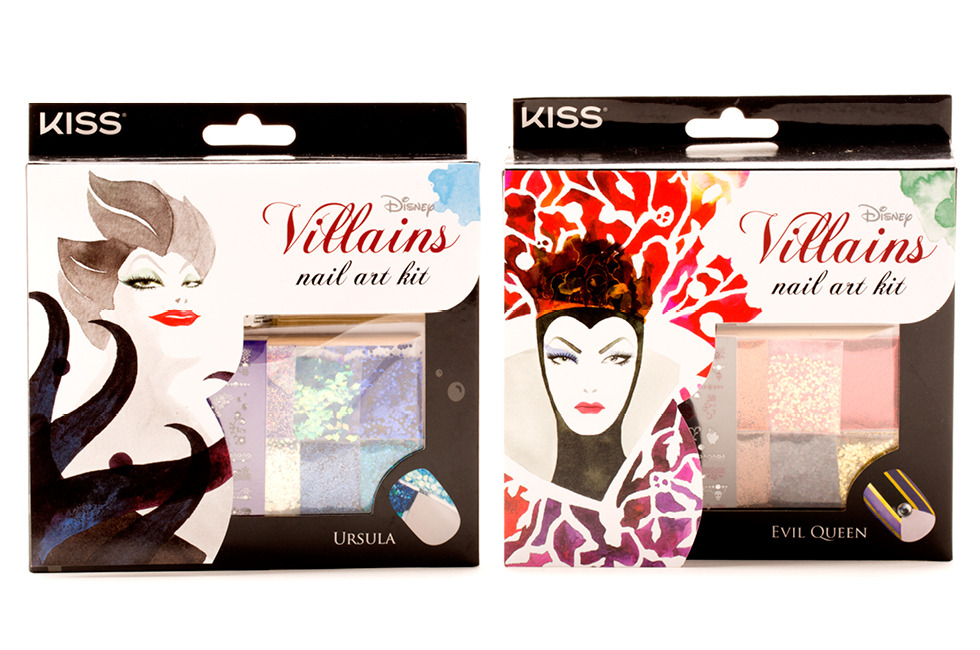 It’s never too early to get in the spirit for Halloween! Just for the month of October, Kiss has released four limited edition Disney Villains Nail Art Kits inspired by some of Disney’s scariest villains: Maleficent, Cruella De Vil, the Evil Queen, and Ursula. The packaging, complete with illustrations representing the villains, is what really sold us on trying them out. Each set includes a brush, top coat, foil tape, decorative decals, glitter, and caviar beads to help create the perfect mani inspired by the particular character. You get suggested design ideas, too, but we decided to whip up our own variations with the included tools and supplies. (But note, they don't come with nail color.)

We were most drawn to the Evil Queen and Ursula color palettes, and picked out polishes to pull designs together using each kit. Here’s what we came up with. 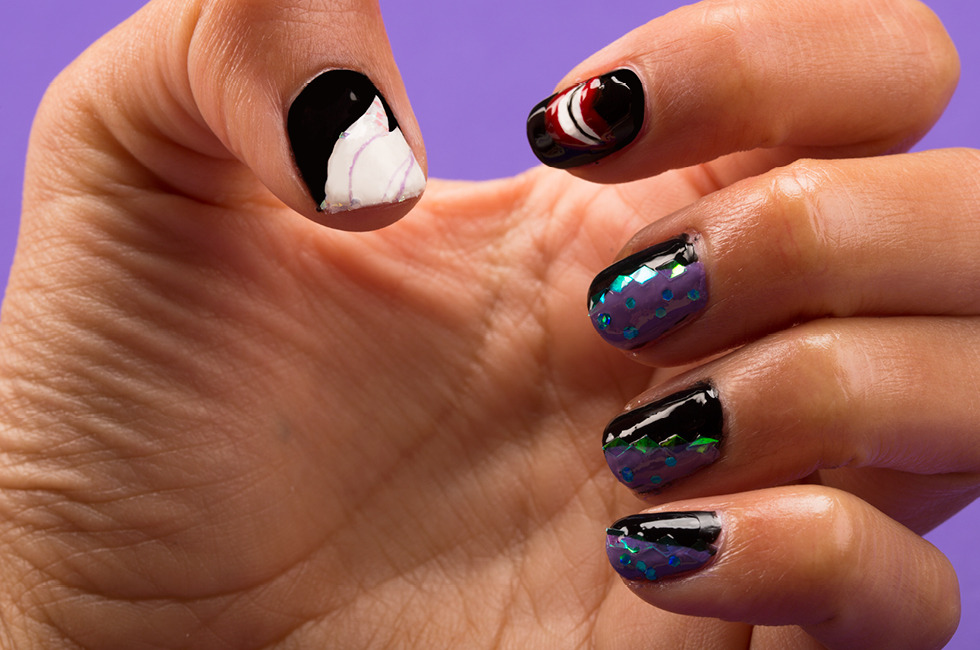 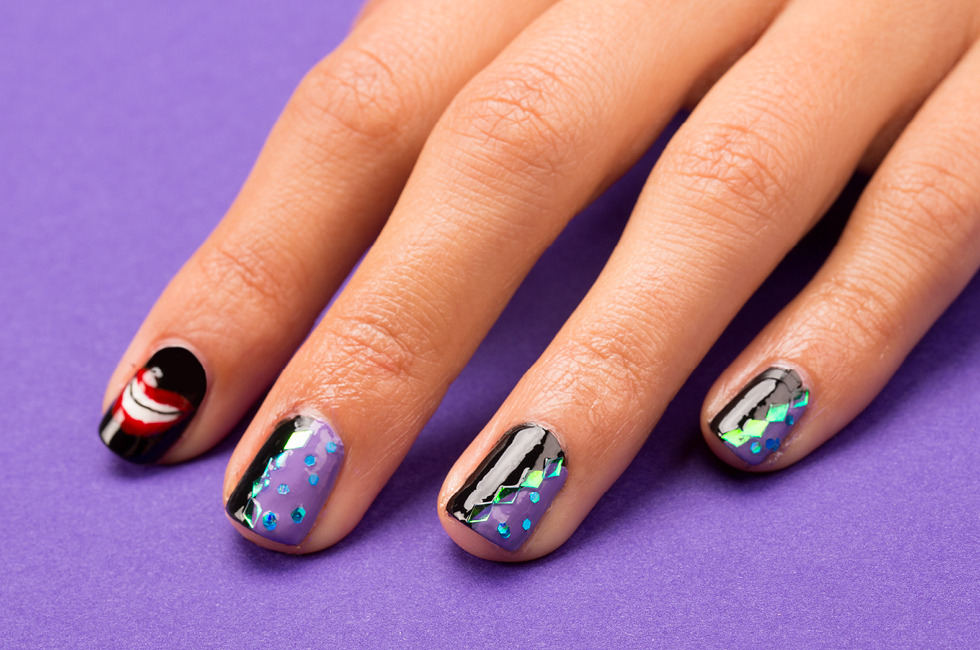 Using the purple, teal, and black palette the sea witch is known for, plus reflective glitter bits, we created a slightly sinister, tentacles-and-ocean inspired mani. On the accent nails, we had to go with Ursula's beauty signatures—white bouffant, and statement-red lips! 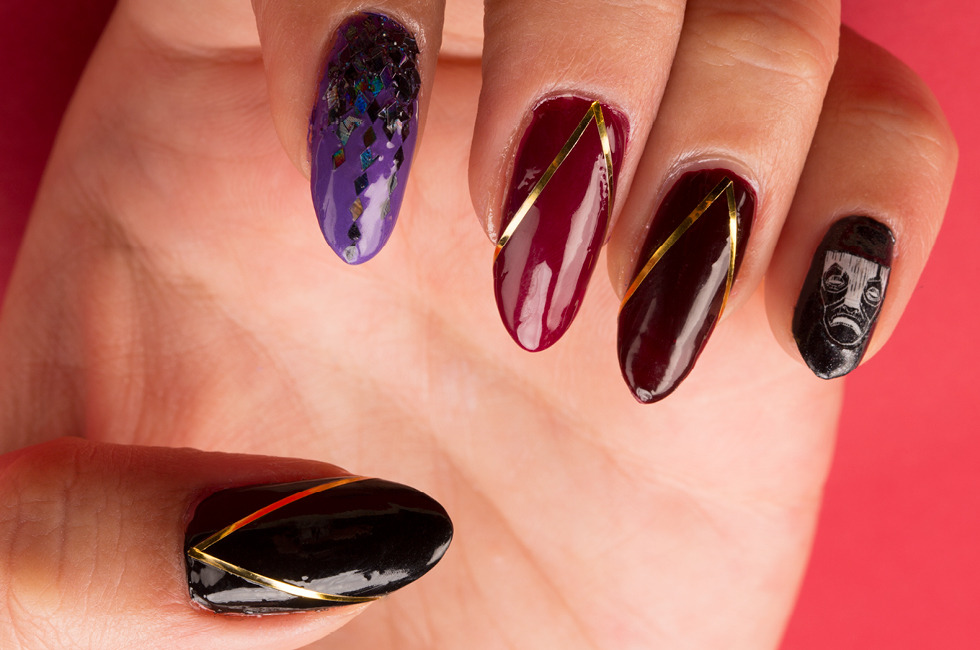 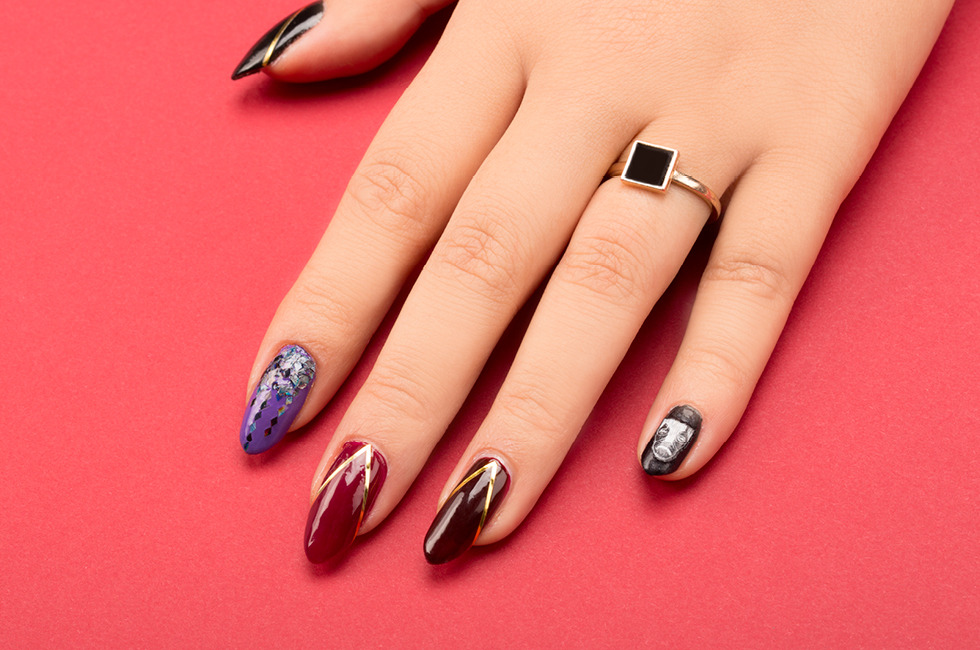 Oxblood nails are always beautiful, but especially appropriate for channeling Snow White's bitter, menacing rival. Taking notes from the Queen's widow's peak and sharp crown, we created linear points using the included gold foil tape, and added a ghastly decal and other embellishments from the set.

We couldn't go without mentioning the limited edition Ardell Disney Villains False Lash sets, too, because they're just as fun (especially the handmirror-shaped box). There are four kits (same villains mentioned above), each with three false lash styles, adhesive, and a step-by-step tutorial. 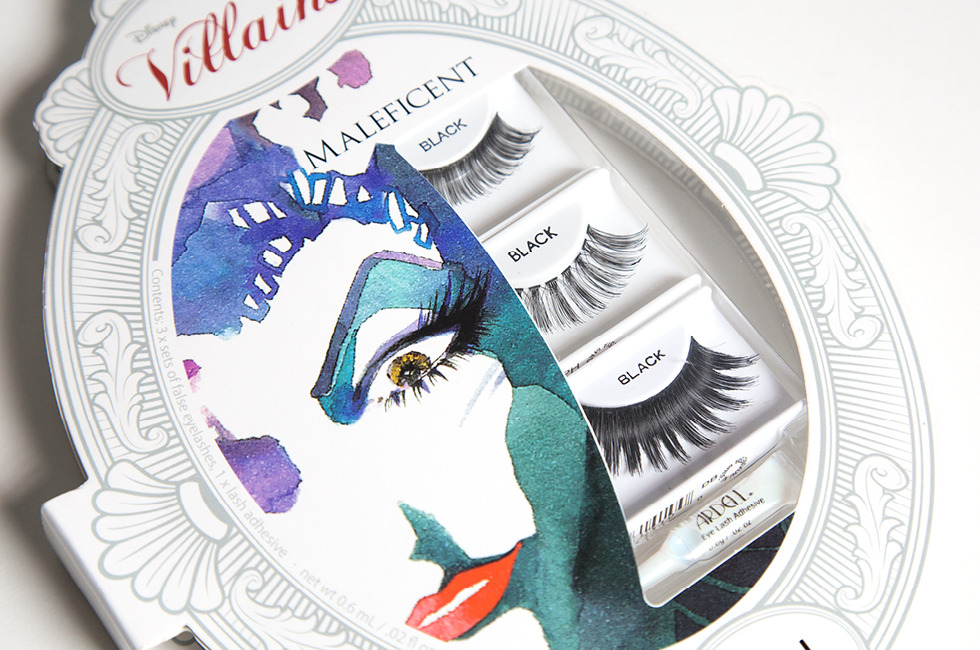 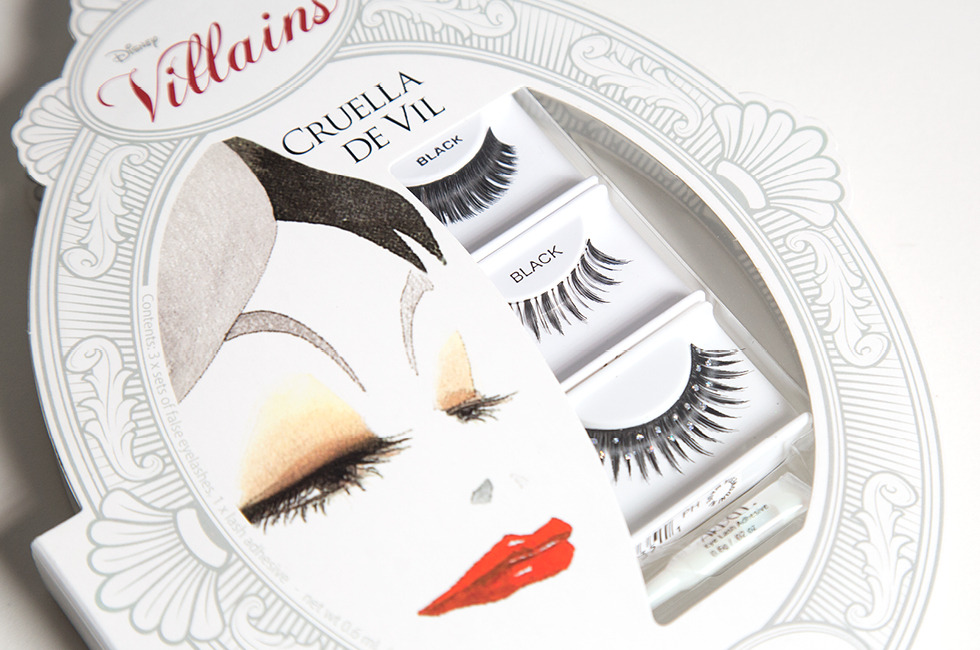 Which is your favorite? Are you trying a villain-inspired makeup look this year? Upload your own photos in the comments!