We're transporting you back in time for a little royal bridal history. We reminisce on both Queen Elizabeth and Princess Diana's bridal legacy and beauty looks. Be sure to view the vintage royal bridal gallery from 18th-20th century Europe! 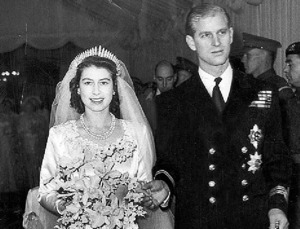 The future Queen of England married Prince Philip of Greece and Denmark on November 20, 1947 at Westminster Abbey. Wearing a Norman Hartnell gown, Elizabeth was the epitome of understated '40s glamour. Her fresh, contoured face and creamy, defined lips let her eyes steal the spotlight. She focused on a clean lashline and brows, and kept a flawless face with minimal color. She styled her shoulder length hair in soft ringlets, perfect for her triangular tiara. 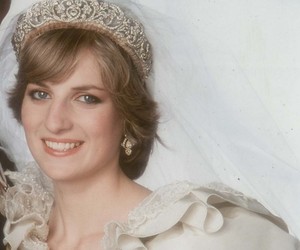 Diana, Princess of Wales, is the personification of modern-day royalty. At just 20 years old, the world watched as the future Queen of Hearts married Prince Charles on July 29, 1981 in a fairy tale ceremony. Estimated at £9000, her iconic 25-foot David Emanuel gown was made of luxurious taffeta, tulle, netting, and pearls. To complement her youthful, peaches and cream complexion, Diana softly defined the eyes with a glistening coral peach shadow and charcoal liner. Cheeks and lips were subtle to coordinate.

We're wishing Kate all the best on this historical occasion from the Beautylish Team—she's a stunner no matter what! Be sure to browse the European Bridal Gallery to see how past royal brides have styled themselves for their wedding day.