How to Find Your Foundation Match

Step 2: Identify your undertone using the below test: 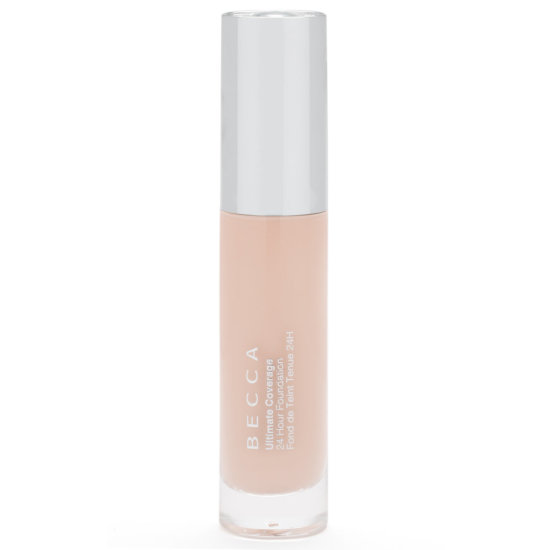 This is by far the worst foundation I’ve ever used I have pretty normal skin not to oily and not to dry. I have also been doing makeup for myself and others for a very long time. My drug store cheap physicians formula foundation is better than this stuff! This foundation will not stay in place at all I used a good primer Laura marcel brand. Then I used tarte setting spray which is my favorite I’ve warn it in 90 degree wedding bridesmaid makeup and it’s never failed me. With this foundation no matter what you do it will not stay on! Better not wipe your nose at all! Horrible product I haven’t been this disappointed in a product in a long time. I instantly went and took it off after I seen what it was doing.

Very fast shipping, good customer service. Great deal on this as Becca is going out of business. Definitely will buy again. Would of given 5 stars but I didn’t try the bottles yet.

I like this product but find it to be a little thick, so I mix it with another foundation. It works great and has good coverage throughout the day. I will be getting this again.

if you want full coverage with minimal product then this is it!!! I have dry skin and I love using this alone for big occasions or mixing it in with a highlighting primer to sheer it out .. I love that it's not cakey and doesn't settle into fine lines ..

Being a fan of Becca products, I thought I might have finally found the perfect foundation for my needs. I wanted a full coverage matte or near-matte long-lasting foundation after I decided to stop using KVD's Lock-it foundation which ticks those boxes but oxidizes.

The first time I tried this foundation, I had to remove it and start over as it looked awful. I tried a couple of different brushes as well as a beautyblender but somehow it actually accentuated my pores.

Basically, it looks kind of ok when you apply it, but as it stays to set, it seems to pull back from pores, leaving them bare and extremely visible. In some places, it looked like I had very dark stubble.

I use Hourglass' veil mineral primer which usually makes my skin look smooth, but in spite of that, the foundation still looks awful and just gets progressively worse as it sets and dries.

To make matters worse, any blush or contour you put on top of it is impossible to blend (and yes, I have set the foundation with powder by then). Blush looks patchy and uneven.

Update: I still find this to be one of the worst foundations I've tried, however, I tried Wayne Goss's tip of mixing in some oil and it made a big difference.

I added a drop of The Ordinary's Argan Oil to mix into the amount of foundation I was going to wear, and it makes the foundation a hundred times easier to work with. It blends better, feels more comfortable, and looks more natural without compromising on coverage.

Having said that, after setting it it's still not a great finish and does highlight texture a lot for a matte foundation.

While I won't be repurchasing this, at least I can finish the bottle as long as I mix the product with argan oil prior to application.

NEVER had a Worst Experience

I gave it a fair try... three seperate faire tries... Each time changing up the products over and under, or putting no products at all... This foundation sank into my pores like nothing i've ever seen. I didn't even know i had that many pores before wearing it! All of my t-zone, which ins't that oily, just had magnified pores with seeping foundation over it, SO GROSS. I have never regretted buying a product as much.

Just didn't work for my skin

This foundation just didn't work for my skin. It blended horrible, wasn't smooth, didn't look flawless , made my face look cakey and I was a grease monkey all day long. It's also not transfer proof, it wipes right off. I was so hoping to find a foundation other than MAC to use but no such luck. This one bites the dust.

FULL FULL COVERAGE but still skin-like. And it lasts a full day from 8am to 8pm!!! I mix it with light wonder from CT to give it a bit more dew and it looks AMAZING!!! New go-to foundation on working days!!!

I love this foundation. My shade iwth The coverage is crazy, as a brown girl I appreciate the colour and undertone match (nice and creamy coffee yellow undertone with no oxidation) and overall, if my skin is prepped well and i have a nice clean beauty blender on hand it works as a great special event foundation where I'll have the time to babysit the foundation, make sure it applies evenly everywhere, and really beat it in. Then it shines (figuratively, it is relatively matte/satin in texture). However, on the days where I'm in a rush to go out the door and I could sacrifice a bit of coverage for a "even toned/this is good enough" vibe, this is just too tedious and sticky and patchy for me. I love this foundation regardless purely for the fact that it delivers on coverage, but I know for people who need something foolproof and quick, you'll hate this.