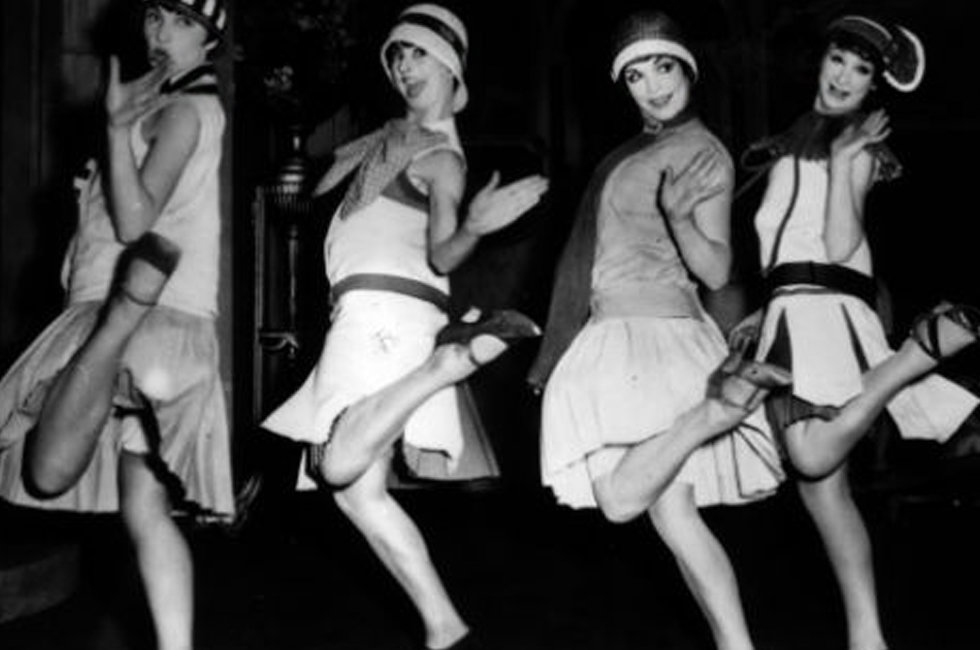 You may rouge your cheeks but how about your knees? In the twenties, flapper girls would apply blush to their knee caps to draw attention to this part of the body (which was frowned upon to reveal at the time.)

The way to wear a blushing knee was peeking out from a mid-length skirt and accompanied by a pair of rolled down stockings. Instead of relying on cumbersome garters to hold stockings up on the thighs, the younger generation would roll them down under the knee, creating a bump effect at the top of the stocking—another way to draw focus to the exposed leg above.

But it’s not that flappers were really walking around with exposed legs and thighs. In the twenties, you’d be hard pressed to find a hemline rising anywhere over the knee—most came to just below. It was with movement, and of course dancing, that one might catch a glimpse of a reddened knee cap. The flapper generation had a number of blush formulas to choose from including cream, powder, and liquid formulas. Whichever blush was chosen, we have a feeling there were a lot of reddish stains back then along the hemlines of women’s skirts!

Not only did knee rouge create a “look at me” effect below the waistline, it brought a healthy glow to an unusual area. It almost makes us wonder what other areas of the body could benefit from a little rouging? The elbows too perhaps? Like the standard “All That Jazz” suggests, “I’m going to rouge my knees and roll my stockings down”.

Would you ever rock a rouge knee?