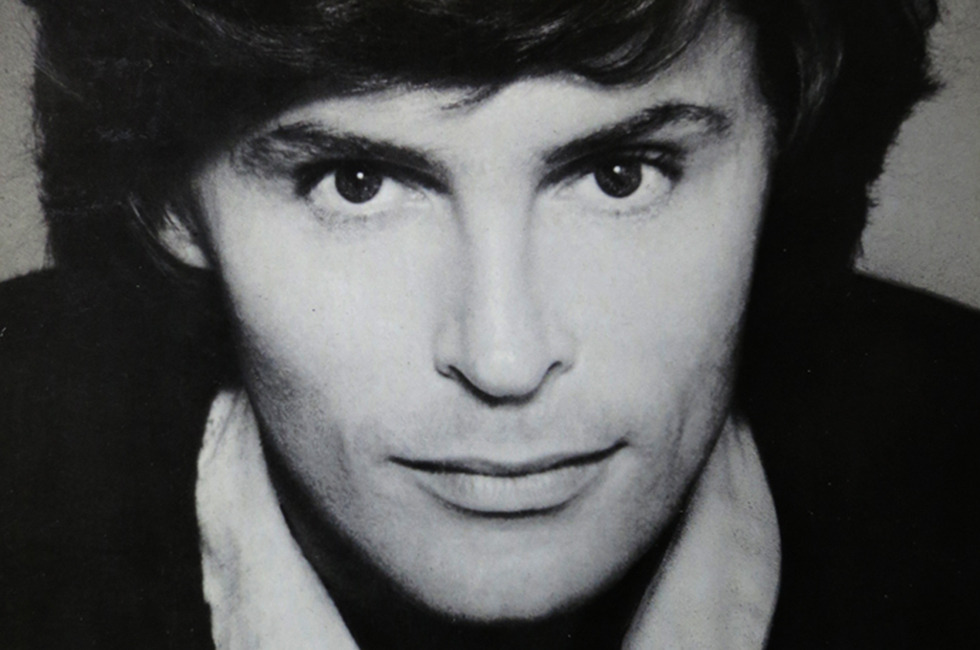 Every legend has a legendary forbear, and the world of makeup artistry is no different. Two decades before Kevyn Aucoin became the superstar of the ’90s, there was Way Bandy.

Bandy’s legacy is similar to Aucoin’s in some ways. Both worked on some of the most highly regarded faces in the world. Both had distinctive voices and impeccable technique. In their respective decades, both created some of the most memorable looks in history for magazines, films, videos, and runways. And both had clients who would shell out thousands for a chunk of their time.

But the two were very different from one another, too. Where it was Kevyn’s vibrant personality and sense of humor that helped carry him to fame and fortune, it was Way’s slightly pretentious confidence in his technique that helped establish his name.

The Way Bandy that the world knew was wonderfully strange and fabulous in a way one could only achieve in mid-’70s New York City. He was immersed in the era’s glamourous party scene, surrounded by models and the high-fashion VIP set. It was the kind of exclusivity we still pine for today while secretly scouring the society-soaked pages of Vogue. 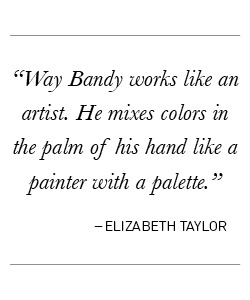 Back then, Bandy was truly a modern man. He lived in an apartment decorated minimally in black and white, and refused to dress himself in anything but those two colors. An early convert to vegetarianism, Bandy would even soak organic vegetables in diluted Clorox bleach because he believed it raised vitamin levels by killing insecticides. He was also a firm believer in reincarnation. Even though he took himself seriously, Bandy was known as a bit of a prankster on set—and he sometimes arrived to shoots in drag.

But in private, Bandy was a different person entirely. Born Ronald Duane Wright in Alabama in 1941, he kept his age a secret. Despite the rigid gender roles and homophobia back then, Bandy spent his time playing with dolls and pouring over fashion magazines as a kid. According to a profile in the May 1978 issue of People Magazine, Bandy got his hands on the magazines through his mother’s friend, who would sneak them over behind his parents’ backs. He’d paint his own versions of the Hollywood stars that appeared in the glossy pages, reimagining them as his makeover subjects. “I would make them up the way I thought they should look.” Bandy said in the same article. ”That’s how I learned about cosmetics—it’s a direct outgrowth of my painting."

Eventually Bandy married a woman, and spent his early adulthood teaching English at an Alabama high school. It wasn’t until he and his wife visited NYC in 1965 that his life completely turned upside down, or perhaps it was right side up: Bandy quickly moved to the city alone, underwent a facelift and a nose job, and changed his name—never returning to his old life again. (It’s unclear whether the pair ever officially divorced.) “The name just came into my consciousness. I felt compelled to become Way Bandy. I believe my life is charmed,” he told People. 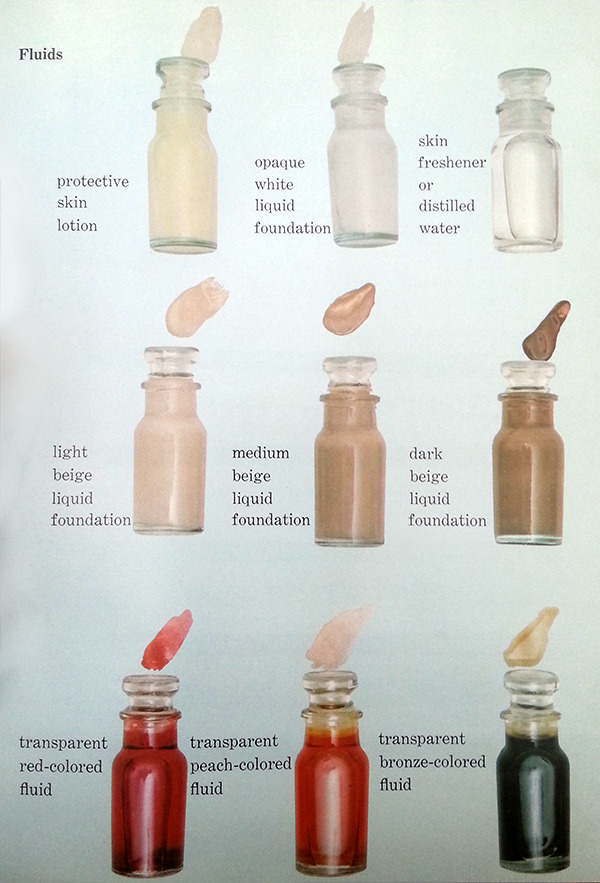 Compelling is a word to describe Bandy as an individual, and when it came to makeup, he was truly gifted. His kit included a variety of foundation shades—vials and jars of color with simple names like “transparent red-colored fluid”—which he’d mix and match in the same way one might approach oil painting. Elizabeth Taylor once said, “He works like an artist. He mixes colors in the palm of his hand like a painter with a palette.” Bandy was one of the first makeup masters to release a beauty book, Designing Your Face, in 1977. It was a perfect title to express Way’s revolutionary approach to makeup. 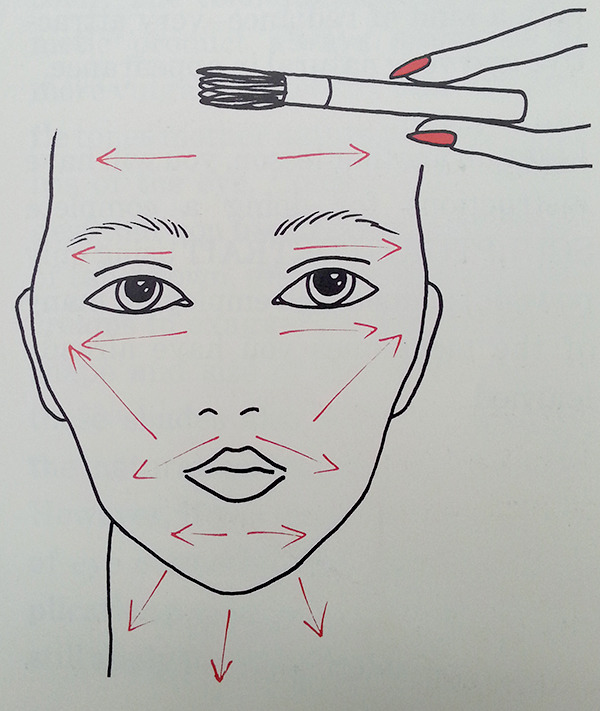 He got evocative in writing about technique. “Very delicately stroke the brush across the face as if you were touching a newborn baby,” suggests Bandy in the book. Often, his instructions are specific to a mind-boggling degree. For example, the recipe for a peachy lip sheen reads as follows: “Make a thin transparent mixture of rosey pink-tinted foundation, the darker of the colored foundations, and translucent lip gloss, and [then] apply a thin layer to the lips with a fingertip.”  Way’s first book relied on liquid and cream base pigments likely purchased at theatrical shops, rather than commercial products. In his second book, Styling Your Face (from 1981) the vaguely described creams and fluids are replaced by more recognizable products. 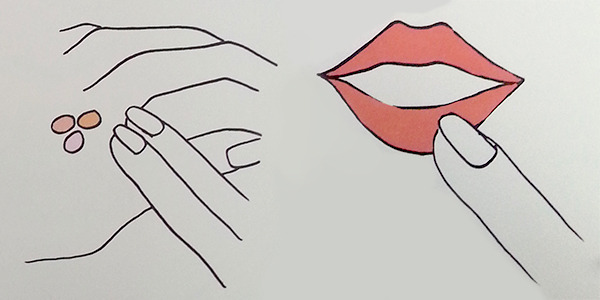 Flipping through these classic volumes now, the advice might seem outdated. But Bandy’s inventiveness was and still is timeless and groundbreaking. He opened his mind and the minds of his peers by thinking beyond the very limited scope of what makeup artists could find on shelves in the ’70s. And Bandy was one of the first to use color and texture innovatively. For instance, he recommended silver-beige-toned brow pencil (rather than a traditional neutral) for those who were aging and going gray; to try it today, we recommend Anastasia Brow Wiz in Medium Ash. Another trick he loved was blending moisturizer with a little water and “red-colored fluid” and “spreading all over the face for a rosy glow.” (Not unlike what we do now with our favorite red liquid cheek stains.) 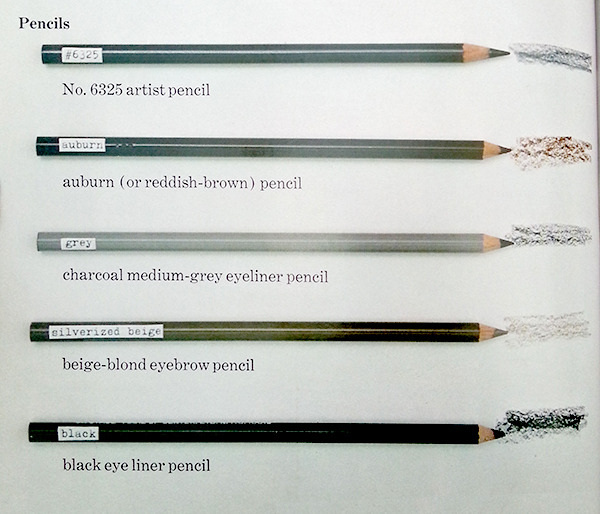 These days, with so many beauty products available at a click of a button, the simplicity of something like Bandy’s “red colored fluid” is refreshing. We buy up lipsticks and eye shadows not only because we love the shade and the way it wears—but for the packaging, the scent, and even the success of the marketing. In one sense, it’s a much more complicated relationship than Bandy had with his no-name, mix-and-match shades he treated like finger paints for any feature on the face.

Aside from an enduring artistic legacy, Aucoin and Bandy have a much less fortunate thing in common—their untimely deaths. Aucoin, who suffered from a rare pituitary tumor, passed away from kidney and liver failure at age 40; Bandy died in 1986 of AIDS-related pneumonia. He was 45 years old and one of the first celebrities to die of the disease in the public eye, and one of the many devastating losses in an era when the epidemic wiped out thousands.

When a great artist dies he is best remembered and celebrated through his work. Today we can learn and grow from Bandy’s cutting edge approach to beauty and makeup. Bandy once said, "’If you’re not creative in life, how can you fill up a day?” The man’s life was full of creative endeavors, and he shared them with the world. In doing so, he opened so many minds to all the possibilities of makeup application. His legacy will continue to inspire generations of beauty pros and consumers to come.