Beauty Not in Symmetry: Why Individuality Is Gorgeous 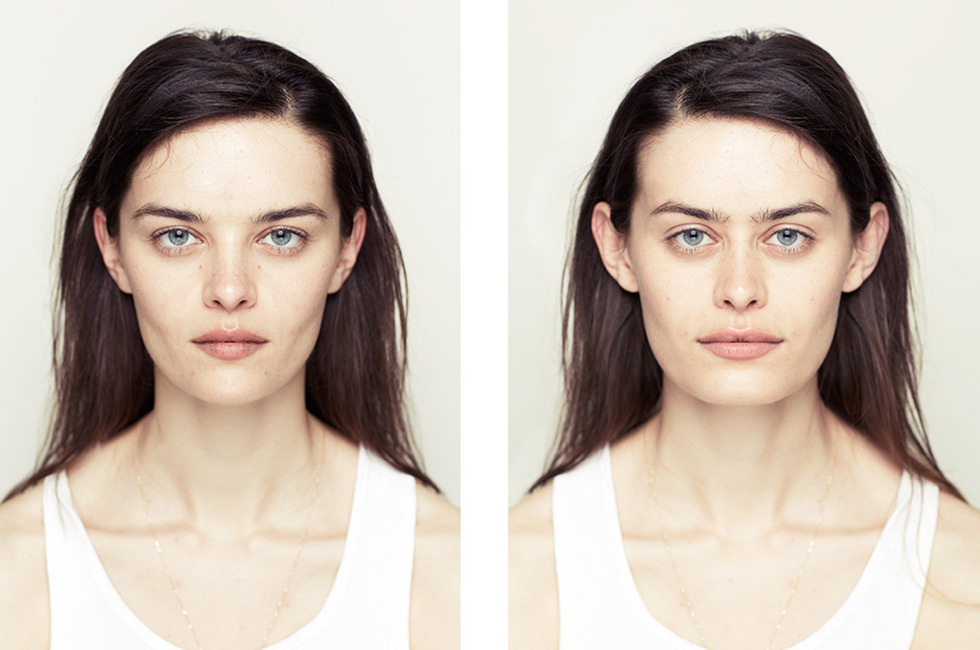 The Internet: Destroying perceptions of beauty since 2000. You might remember that was the year folks came out of the dark halls of AOL chat rooms and started to unveil themselves in photos posted to the public rating site HotOrNot.com. If you saw the movie The Social Network, you also know Hot Or Not was pretty much the precursor to Facebook. And if you look through a random sample of Instagram selfies today, you’ll see how we’re still making misguided attempts online to assess our physical beauty and equate it with overall self-worth.

In 2009, the game changed again with the advent of Anaface, literally meaning “analyze face.” The website lets you upload a photo of yourself in order to place cursors on various points on your face. Then, through some sort of algorithm, it provides a “numeric ranking of your beauty.” Though the details of the algorithm are unclear, your calculation is mostly based on symmetry and impossible-to-change things—like how far your hairline is from the bridge of your nose, how far apart your eyes are, and how wide your face is in general.

In a press release distributed around the time of Anaface’s launch, the CEO of the company that developed the app had the gall to issue the following rationale for its existence: “The average person can use the software to pinpoint their most attractive features and work on those that need improving. If you know what features of your face detract from your facial beauty, you can make corrections. Or you can accentuate certain features through cosmetics, different types of glasses and in the more extreme case plastic surgery. This can have a direct impact on your love life, job performance, promotions, and interviews.” His name is Bryan Cooley if you’re starting to draft your letters, by the way.

With Anaface making the media rounds again lately (the site was recently the basis of a new study on attractive CEOs and was the subject of a discussion on Chicago’s Windy City Live program earlier this year), we’re hoping that regular people, especially young, impressionable ones, aren’t paying attention. Studying for an AP Algebra final is hard enough, without having to think about whether you need to study your facial score and fix your so-called flaws. 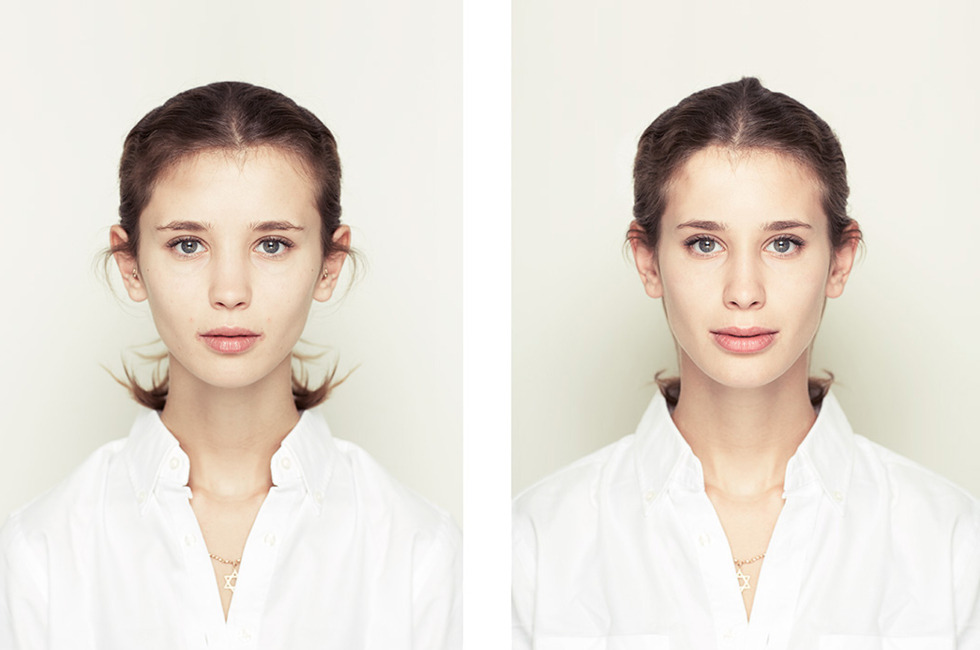 And forget the studies—symmetry should never be the benchmark for what’s considered “beautiful” anyway. Think of Kate Bosworth’s stunning mismatched blue and brown eyes, Tom Cruise’s misaligned smile…the list goes on. In fact, the recent Both Sides Of project by New York Artist Alex John Beck all but proves that the symmetry = beautiful notion is a little ridiculous. Beck’s images show side-by-side comparisons of real people versus perfectly symmetrical composite images of their faces—the real, “imperfect” versions are clearly more attractive, and well, human-looking. See for yourself.

We’re just thankful that, for as many web apps that have set us back since 2000, there have been nearly as many public efforts, like Beck’s, encouraging us to embrace individuality in all its forms. Remember Dove’s “Real Beauty” campaign? It’s celebrating its 10-year anniversary in 2014, and still going strong today.

One new project hashtagged as the 365 Feminist Selfie (#365FeministSelfie) is also taking off. Its aim is to show how real women in real life look every day of the year sans makeup, sometimes sans sleep. Another good thing: denim brand Diesel recently put a model with muscular dystrophy front and center, in her wheelchair in its “We Are Connected” campaign. The model, Jillian Mercado, who is the executive editorial director for the online lifestyle and fashion publication We the Urban, told the Los Angeles Times, “I would like fashion campaigns to be more daring. America is very safe. It’s time to be more creative, risky, and entertaining.” We hope that Mercado’s wish comes true, and that we stop reducing beauty to some analytical report. Let’s leave the number-crunching to the accountants. (Check out the essay Mercado wrote for us in 2012 here).

Have you seen any good beauty-positive campaigns or projects lately? Tell us about them below.

If you are waiting for hearts free online games so you may make use of this platform https://heartsgameonline.net which is known to be hub of games and will also display you all games in an attractive so that you will wish to play them for once.

I have a noticeably asymmetrical face and have spent so much time trying to conceal it with makeup. Recently, I said "fuck this," stopped trying to change the shape of my jaw and mouth, and have gotten so many compliments on my true, unique face. Asymmetry is what makes us unique and beautiful and real!

I feel like this wasn't accurate. To me, the originals looked symmetrical left to right, although maybe not perfectly. The "symmetrical versions" messed with the widths between the eyes/brows/etc. 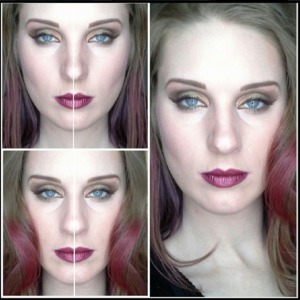 This is awesome! I posted a pic on my instagram @TrulyAJulia a few weeks back about this very issue. I watched a documentary called "The Science of Sex Appeal" on Netflix and it discussed these numbers and this very issue.  Fascinating.

I prefer the non-symmetrical faces :)

Benefit's inner beauty campaign! It's on their YouTube channel and it features a lot of female youtubers

I love how they took women and recreated the look with symmetrical lines to show us that beauty is not something with a recipe to follow, and know that when someone thinks that its them that has the problem and they are better off without you because you are more that better off without them.

I'm loving this article!! It's so refreshing to see companies embracing those of us with disabilities, and just holding a mirror of truth up that says "You are all freaking gorgeous. Wow. Yeah you, who doesn't like her nose, you who wish you were taller, thinner, darker, lighter, curvy, straight- YOU are stunning!" It's true, and guys take note: shallow, empty souls do not make good mates. So gals, that guy that hands you a tissue while you're snarling and snuffling through a cold soaked nose, he might be worth passing your digits to...sanitized of course.:)

I love Aerie Real model shoot, it's all real women with no airbrushing! I love this article:)

Aerie is trying to be all natural and not edit their photo shoots which I think is great to show woman just the way they are and to love yourself!