Are mismatched bangs the new look for Spring? I can't help but wonder. After last season’s Fashion Week, I found myself happening upon the look time and time again as models stomped down the catwalks sporting this statement hair.

I am no stranger to a contrasting bang myself—my blunt purple fringe is what helped me stand out when I was scouted as one of the faces in the Lanvin FW12 campaign. My own contrast bangs made it into print via a double page ad in every major fashion magazine from Harper's Bazaar to Vogue. Little did I know, the hairstyle was just getting geared up. 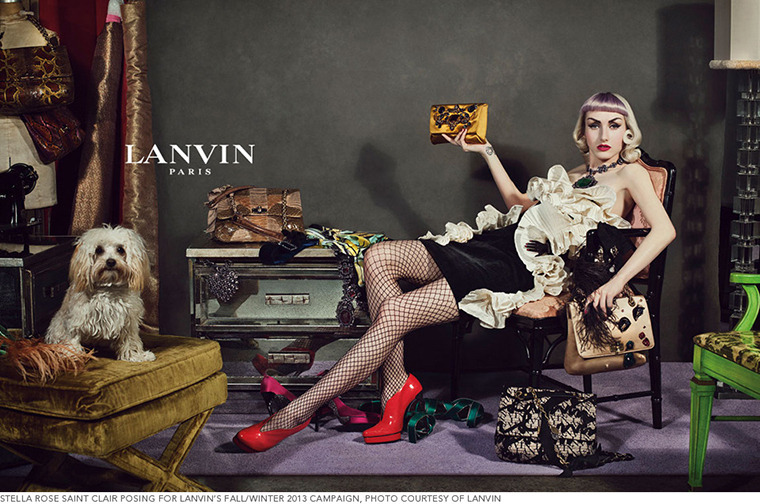 Recently I attended the annual Gen Art designer showcase here in NYC with pal Audrey Kitching who, ironically, had sported black bangs in contrast to her famously pink hair for a press shoot just months before. When Danish designer Anne Sophie Madsen's collection came down the runway, we were thrilled to see models sporting silver bangs that played against their natural hair color. It looked pretty with the pops of pastel in the clothing. Are grey, contrast granny bangs the look for Spring? 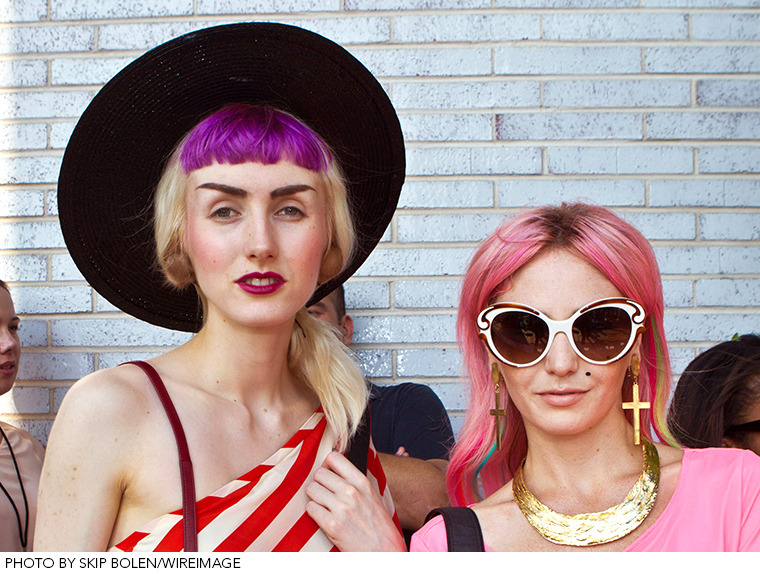 Meanwhile, across town, my hairstylist friend texted me ecstatically while backstage at the show for Czar by Cesar Galindo. His assignment: blunt contrast bangs in black, brown, and platinum to be applied to all models. The neutral take on the contrast look was both wild and wearable without distracting from the colorful garments. 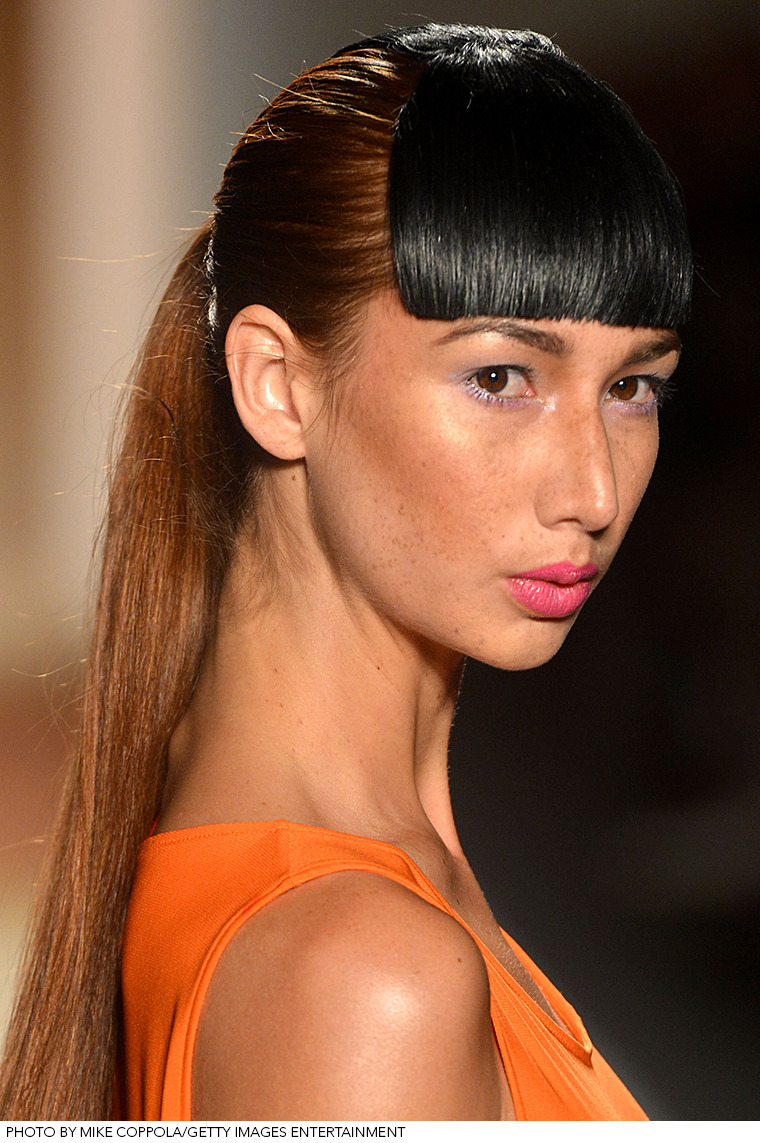 Of course, there’s a colorful, rainbow take on this trend too. You may remember our coverage of the Gerlan show last season and the Minnie Mouse-inspired hair on the runway, which featured candy colored braided buns on spirited models with, what else: contrast bangs! Hairpieces in red, pink, yellow, and blue were pinned to models hairlines and cut to suit their face. Hanging backstage with my own technicolor bangs in purple had people mistaking me for a model in the show! 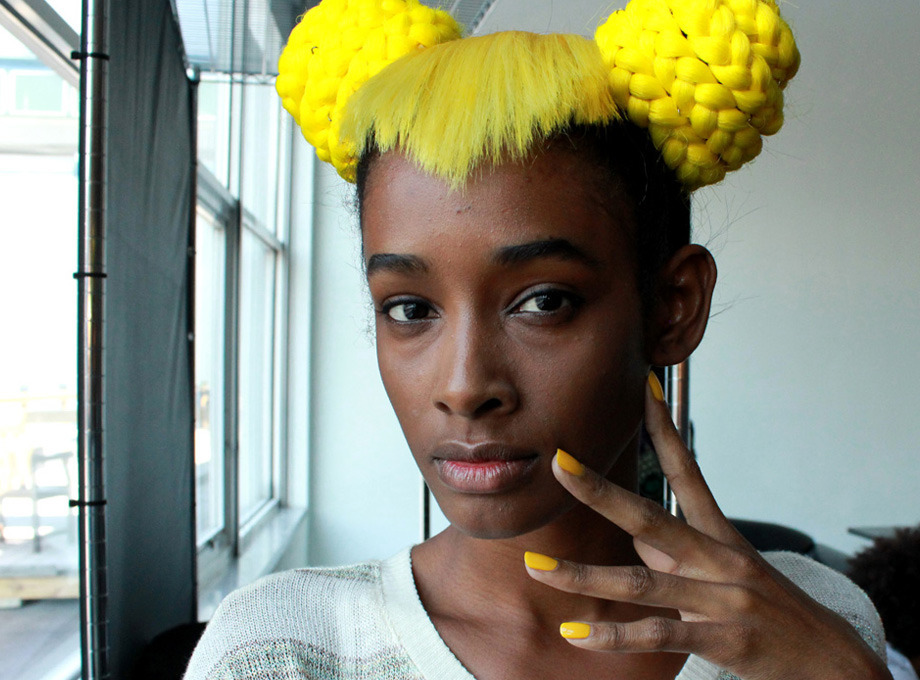 It's no mystery that I'm a full-on fan of this modern and edgy style. But we want to know what you think. Are opposite bangs for you? Would you rock this budding bang trend, or does the color contrast make you wanna split? Participate in the discussion below, and leave us a comment about your big bang theory!