Well guys, we’ve officially made it to glitter season! The time of year when it’s totally acceptable to deck your nails out in as much sparkle as possible. And guess what? There’s no shortage of colors, textures, or finishes to choose from. Don’t worry, if glitter isn’t your jam, there are tons of other ways to go festive (think jewel tones like, purples, blues, greens, and reds). Here are our favorite polishes of the moment for holiday approved nails!

There’s something about ruby red nails that feel so right—especially during the holidays. Whether you go classic or glitzy, there’s a shade for everyone. 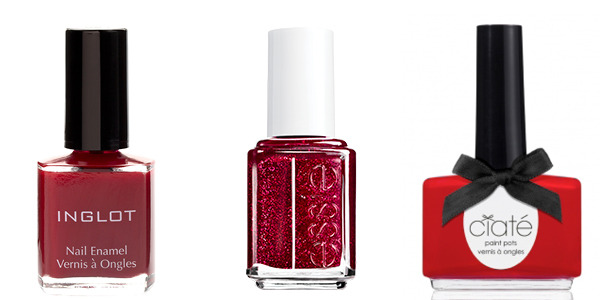 We’re fans of anything in the green family (we lived in mint during spring), but now we’re more than ready to move onto something darker and more sophisticated. As we previously pointed out, hunter green is big. But emerald greens feel more appropriate for this time of year, and we’re okay with that, especially with these gorgeous choices. 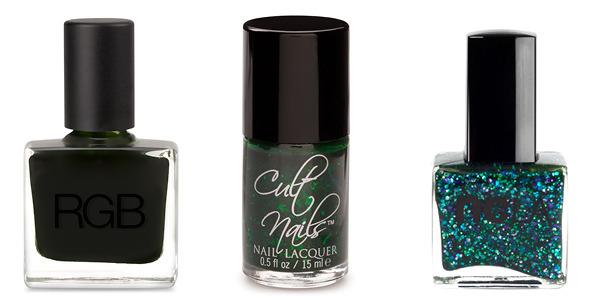 From cobalt and navy to shimmery sapphire and blurple, there’s a blue for every occasion. We’re partial to deep sapphire hues, which are just as sleek looking as black polishes, but not quite so dark. 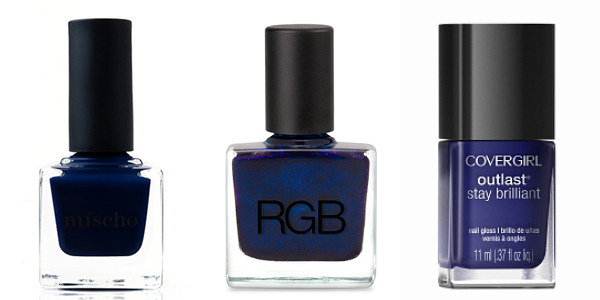 Purple doesn’t get the attention it deserves. While some may feel the shade is too young, we think the opposite! A full-on purple mani has a dressed-up, sophisticated effect we’re totally into this season. 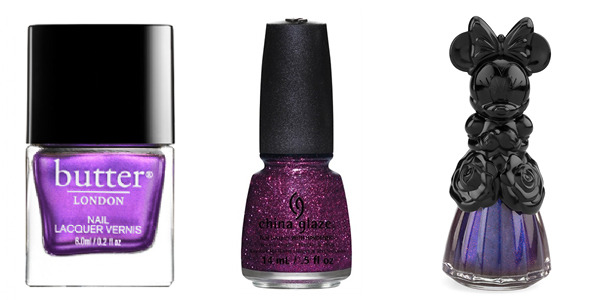 Nothing says the holidays quite like a golden, sparkly mani. And surprisingly, it’s versatile! Use polish that’s clear with mixed in gold specks as a topcoat or even as an accent. And during this time of year, you should always go all out with gold opaque polish—when else can you wear a full golden mani? 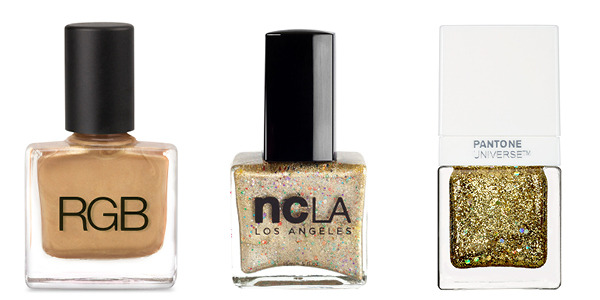 For someone trying to ease their way into glittery polish, a silver-white is the way to go. For the most part nail colors in this family are on the sheer side, and add subtle texture to any mani. 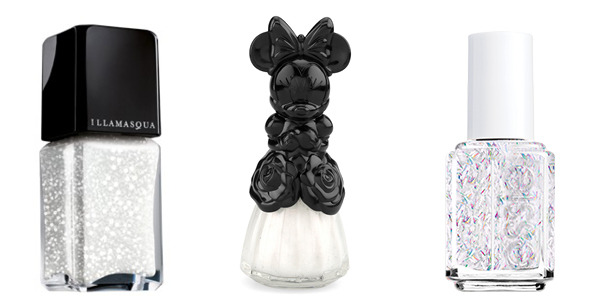