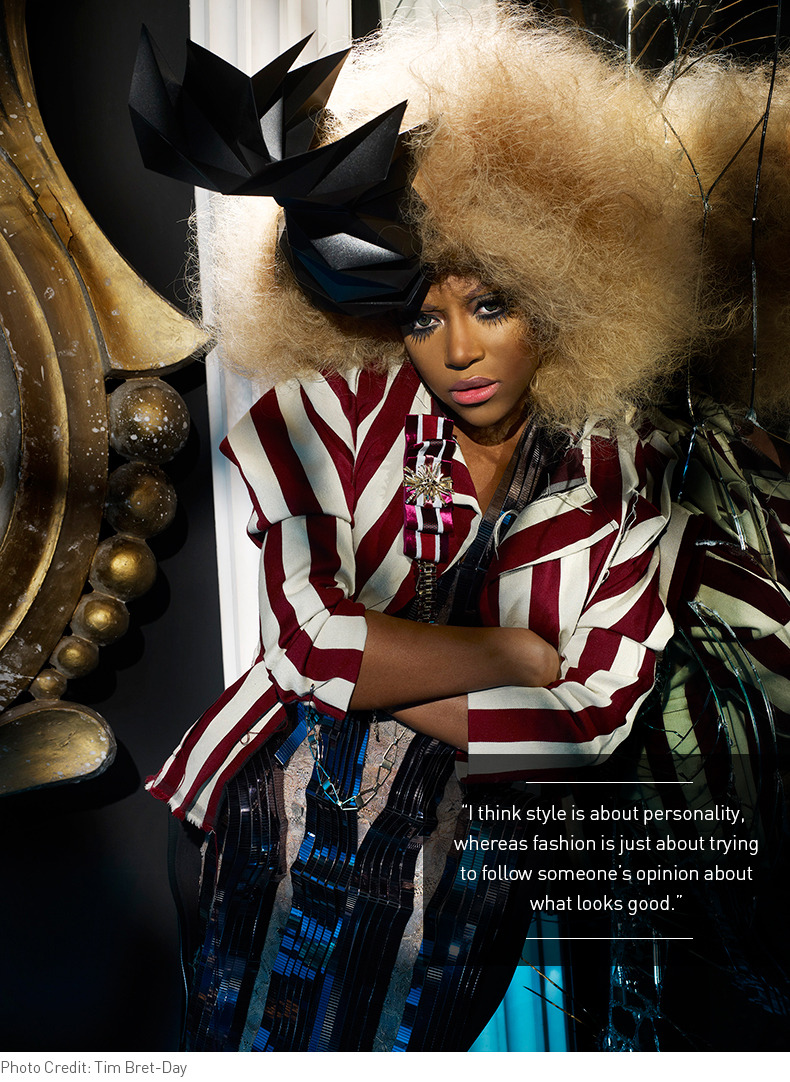 What passion came first for Ebony Bones: fashion or music? We may never know. The London-based singer and style icon (born Ebony Thomas) grew up in a household where both art forms routinely collided around the dining room table. Her mother worked for the Yves Saint Laurent empire and her father owned a vinyl store in Brixton Market. That intersection between style and sound has always been a comfortable place for Bones, who performs riotous punk and electronic afrobeat jams wearing lavish, Vivienne Westwood-inspired stage get-ups that run the gamut from Rainbow Brite–club kid to disco warrior.

“I wouldn’t call myself fashionable,” she says, fooling no one. “I think style is about personality, whereas fashion is just about trying to follow someone’s opinion about what looks good. I always appreciate individuality … it’s like that Mae West quote, ‘It’s better to be overlooked than looked over.'” 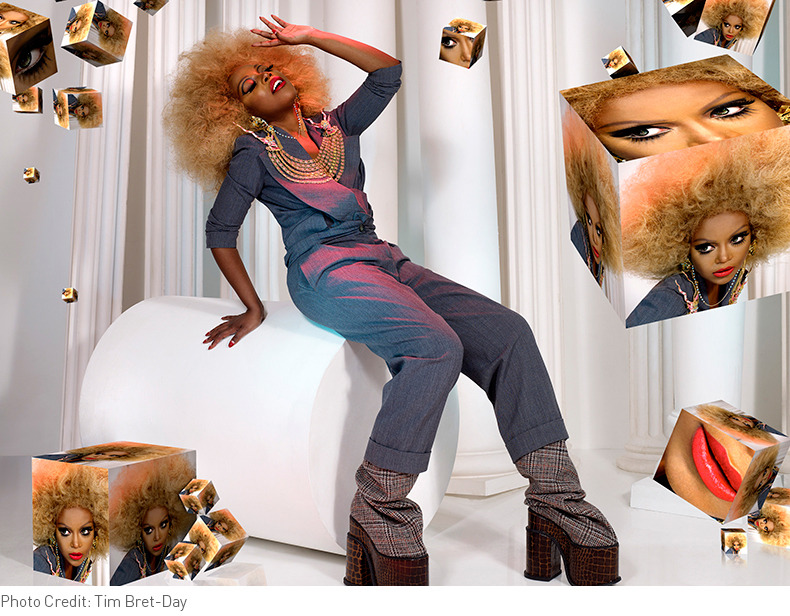 Since she began her career in 2009, Bones has definitely attracted her fair share of onlookers, whether it was Rat Scabies, legendary drummer for punk outfit The Damned, who helped her produce the very first tracks for her debut album Bones of My Bones; or the fans on MySpace who pushed the artist to the “most played” spot on BBC Radio; or Alexander Wang, who used her new album Behold, A Pale Horse as the soundtrack to show his SS2014 collection at last month’s New York Fashion Week.

On the album, Bones covers The Smiths, records with The Symphony Orchestra of India, and taps the New London’s Children’s Choir to provide some serious backing vocals. The eclectic sound gave her a chance to remake her costumes, all of which she designs herself. 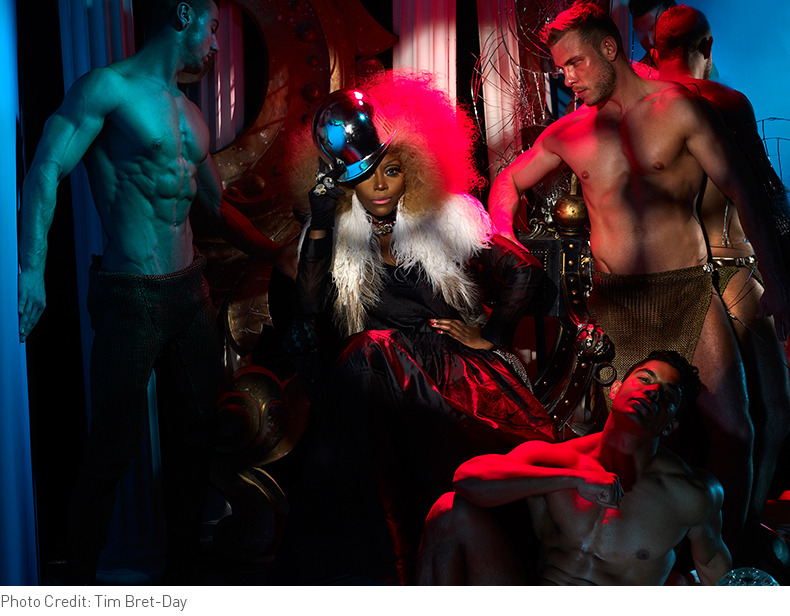 “My stage outfits have to reflect the album,” she says, hinting that there will be a lot of long, white horsehair involved in her latest creations. “My first album was all about color and boldness; I think, in my own way, I was rebelling against that perpetual image of women of color walking around the stage in, like, swimwear, which is oppressive. So I chose to look like a clown, because they’re so subversive. But now I need something different, something darker.” Here’s how to get her latest look. 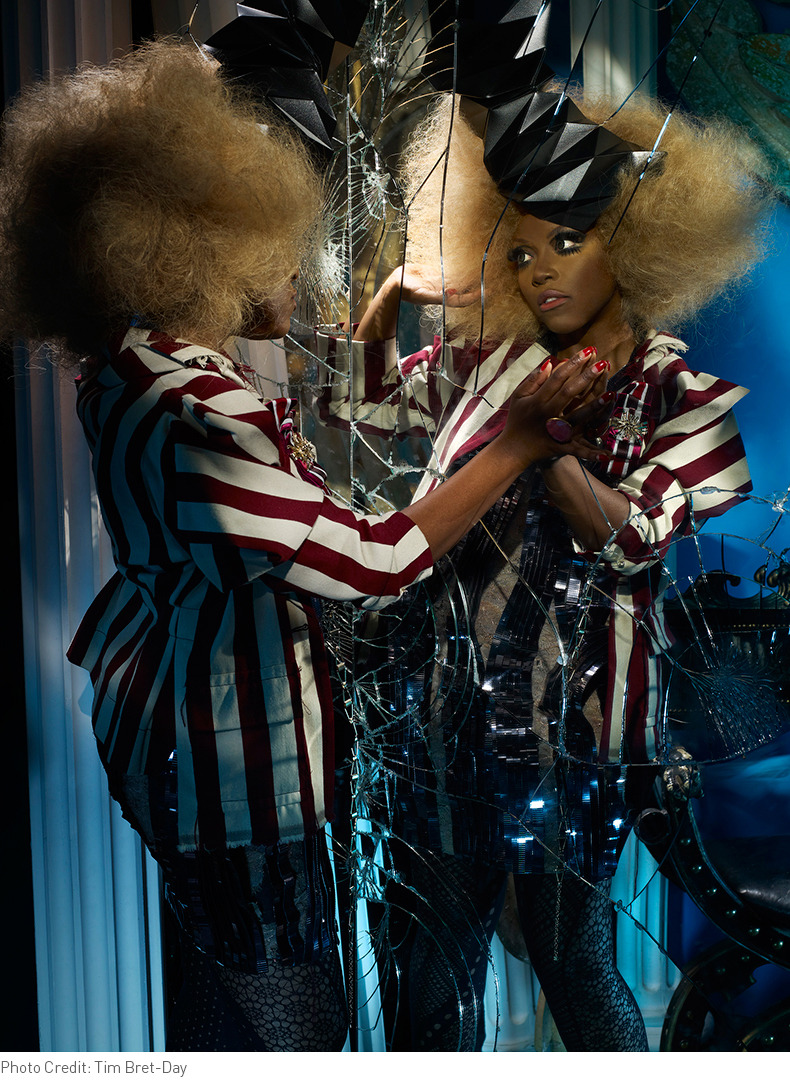 “My hair is difficult to control and it also can get dry really fast,” says Bones, who says her hair takes a lot of management and specialty products since it's not chemically processed. But she does use Dark and Lovely hair dye, which is formulated to give intense pigment even on the darkest hair. Bones is also partial to fake hair pieces "to make my afro extra huge." For a Bones-inspired 'do, we like Ebony M.'s natural hair tutorial here—she started with cornrows and left them in for a couple of days before fluffing with her fingers for gorgeous volume.

Bones says her favorite products are "everything from Bobbi Brown and MAC," though she's not opposed to using other brands. "I have problematic skin when I'm under stress, so good coverage is a must," she explains. For that, MAC Pro Longwear Concealers in NW45 and NW50 are go-tos. She also says that turning vegan and drinking tons of water have helped clear up problem areas. Red lips look amazing on her, and she prefers MAC's much-loved classic Ruby Woo; to balance out a bold lip, she likes faux lashes, "the longer and thicker, the better." We recommend Sugarpill Cosmetics Supreme False Lashes for stage-worthy eyes. For application tips, see our easy-to-follow guide.