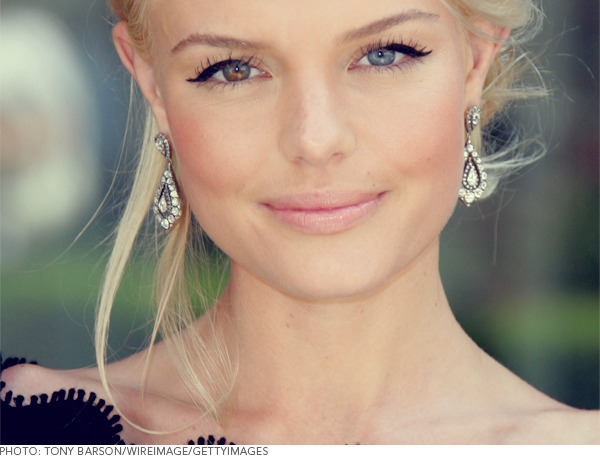 Inner beauty really does shine outwards—your genetic makeup directly affects how you look! The microscopic chromosomes that make up your DNA are responsible for every feature—from your skin tone and eye color to the shape of your lips. And while everybody has a unique genetic blueprint, some fascinating mutations can make you stand out from the crowd! Check out some unusual biological quirks featured on these A-list celebs—they’re as ravishing as they are rare.

Duochrome eye shadow is one thing, but real two-toned eyes? We're enchanted! The spell-binding genetic quirk that causes two separate eye colors in one person—a condition called heterochromia iridum—is incredibly rare in humans. But the biological trait is oddly common in Hollywood, with famous chromatic celebs including Kate Bosworth (how striking are her half hazel/half blue peepers above?), Mila Kunis, and David Bowie. It might seem more difficult to rock vivid brights on the lid, but we'd rather let the natural color splash shine.

You'd think Elizabeth Taylor already won the grand prix of genes with her otherworldly beauty, but Mother Nature was extra generous to the violet-eyed icon. She was born with a rare genetic condition called distichiasis, giving her an extra row of eyelashes. Producers often told the leading lady to remove extra eye makeup for non-glamour photos—but no, those fluttering lids were au natural. The disorder can have certain side effects which include misdirected growth, but it seems Miss Taylor only reaped the benefits of her built-in falsies. We're both envious and captivated.

DId you know blue eyes are actually a mutation? It’s true! Scientists discovered that the gene for blue eyes, called OCA2, originated from the area around the Black Sea approximately 8,000 years ago. All human eyes naturally produce brown pigment, but the OCA2 switches off the function that creates brown, leaving blue. While sapphire peepers are common among northern Europeans, the recessive trait has spread throughout the world in all skin tones pale and dark—look to Vanessa Williams for the ultimate icy contrast.