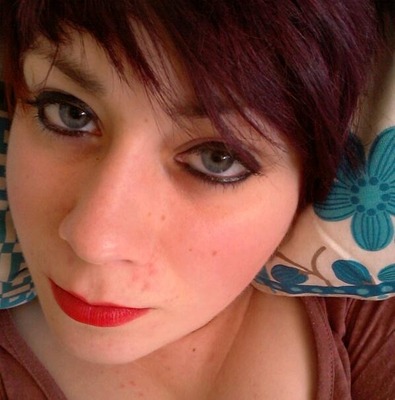 See all of Jennifer R.'s photos

I can't reply to your comment on my profile from the app and I'm too lazy to go the computer so I'll answer your question here. I tease my hair vigorously then use got2b screaming hold hairspray all over. I also use Leave in conditioner after I get out of the shower but yeah.

Dint see your post on my profile when I posted my last comment. so here is my answer to your question:

many people we socialize/know live in comfortable comminties, middle class most of the time. its easy to say that women and men are eaual in this society, and I understand that. (although I would say not completely equal). however I'm a feminist because of the 75% of people who live in poverty worldwide. I live in a developing country, where I first handedly see womens oppression. women in local communities and villages are not alowed to go to school, and if they are their parents drop them out in the 5th grade, in order to teach them "wife duties" and they marry by their parents will (arranged marriage). also, when a woman gets raped she usually has an "honor killing" (google it, very interesting) where the PARENTS kill the daughter for being raped because it brought "dishoner" to the family (even though it wasnt her fault). the scariest part is, the majority of the world lives like that. ofcourse, I have many other reasons to be a feminist but those are some of the biggest issues that feminists are tackling.

feminism is not man hating, in fact it liberates men. by society, men are expected to be "manly" usually seen as being muscular, have no emotion and like sports etc. and if a man doesn't fulfill these specifications, they are seen as unsucceslful, "gay", wimp etc. feminism tries to liberate that. as a feminist I want men to know that whatever you do, whatever your goals in life are : whether to be a drag queen, makeup artist, athlete or whatever, you will always be valued. the same goes for women with pursueing "manly"careers and then being called "masculine", as though they are a failure as a woman.

so sorry for the long rant, but these are some of the most important things I want people to know about feminism. its to aid people and achieve their human rights. and yes, our human rights involve being equal to one another. so basically, even the you.n, government etc. is trying to achieve equality.

Your "crazy ass feminist" comment was mean. just letting you and anyone who visits your profile know how you feel about feminists.

That's ever so sweet @Ameera :) thank you very much.