A Dad’s Reaction to a Self-Care Pampering Session

Father’s Day isn’t just a day to celebrate Dad; it’s a day to celebrate all of the men in our lives—uncles, stepdads, father figures, dads that may not be our own. For me, personally, I try to do a little something special for my older brother, Ali, not only for the role he has played in my life, but also since he became a dad himself a little over four years ago (and has a second baby on the way!). 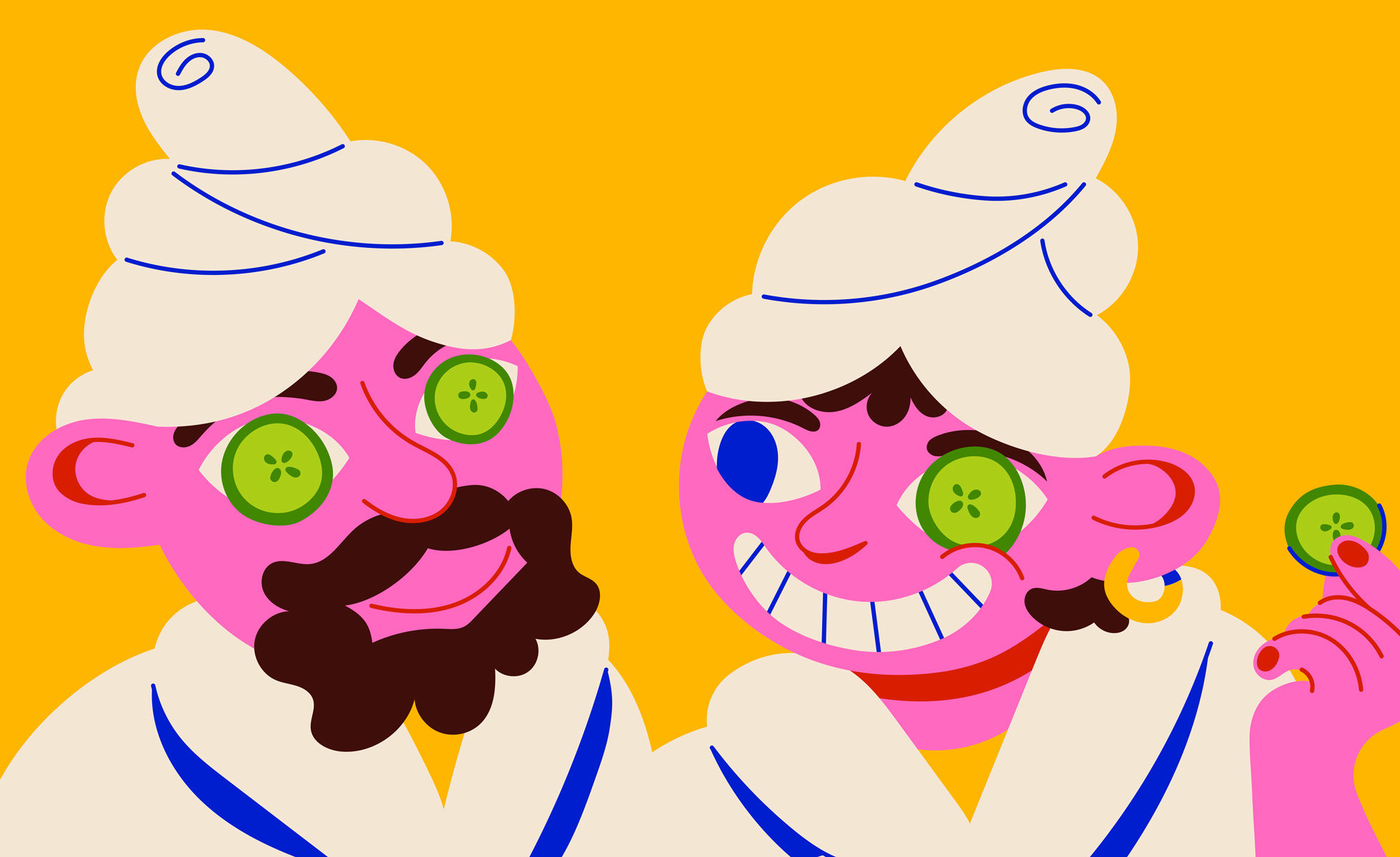 I’ve always valued experiential gifts more than material ones, and this year, I wanted to do something a little different. Work-life balance can seem impossible for parents, resulting in them overlooking the idea of self-care. So this year, as a Father’s Day gift for Ali, I planned our very own pampering sesh at home! A little self-care never hurts, especially when it comes with spending valuable time together, sharing a bit about my routine and getting him out of his comfort zone—sibling bonding at its finest!

Taking his normal routine into consideration, I chose a few products that I knew he’d be familiar with and picked a few new ones for him to experiment with. Here’s what our at-home spa day looked like. 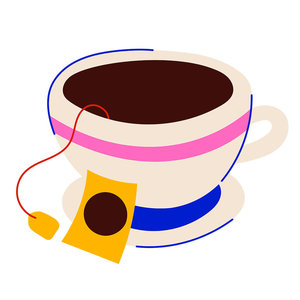 What better way to kick off the day than giving his go-to cup of coffee an unexpected, secret wellness ingredient? I’ve recently started incorporating adaptogens into my routine and wanted to introduce him to the concept. So, we started with Spirit Dust aka edible joy, an adaptogenic blend of uplifting super herbs and super mushrooms meant to combat stress, expand peaceful awareness and ultimately, align us with bliss. The perfect way to get us in the proper headspace for a self-care day, right? The sachets were the perfectly exact serving size, and the Spirit Dust mixed into the coffee instantly. Honestly, Ali wouldn’t even have noticed that I added anything had I not mentioned it. 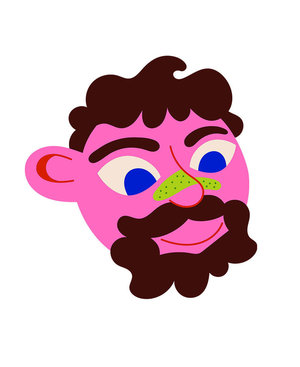 After getting our caffeine fix, we moved on to something we’re both familiar with, so no surprises here. Applying the strips was all too familiar. We wet our noses to ensure the strips adhered to our skin. Because I use nose strips frequently, I noticed Boscia’s are much softer and more comfortable than others I’ve used in the past. Since the charcoal strips are dark in color, I can’t speak to blackheads, but we both got rid of tons of white heads. Definitely much-needed! 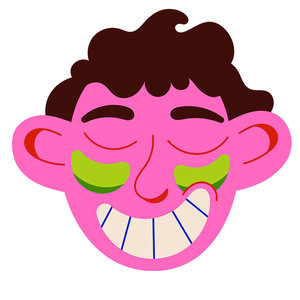 Full disclosure: Ali has never used any eye treatments in the past—creams, masks, and patches included. One of my favorites, these gel-like patches are easy to apply to skin and are meant to remain on for about 15-20 minutes to reap the full benefits. 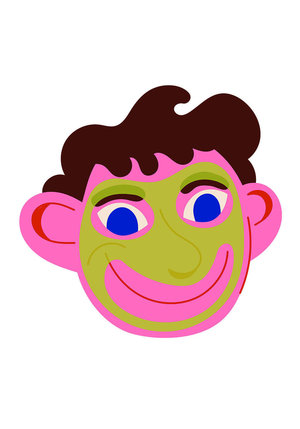 Another one of my favorites: Farmacy’s Coconut Sheet Mask. I opted for the brightening mask as it holds so much moisture that I feel like I get both brightening and hydrating benefits. Since the Farmacy sheet masks stay well on the face without any slipping, we multitasked and played a quick game of Guess Who with his daughter/my niece. To be fair, Ali really only reaped half the benefits, since the mask didn’t fully stick due to his facial hair.

And just for fun, a direct quote from his 4 year-old daughter: “You look scary when you wear that.” 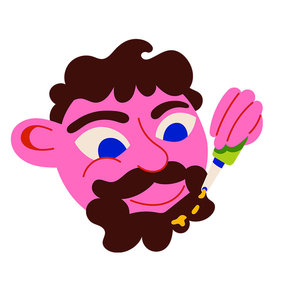 This came as a surprise to me, but it turns out Ali doesn’t use a facial moisturizer… at all, ever. I know, shocking that he has survived 30+ years without the need to moisturize his face. As you can imagine, this was long overdue. I picked Good Molecules’ Squalane Facial Oil, as it’s lightweight and super moisturizing without the greasy residue. Plus, I wanted the right facial oil that could also double as a beard oil for Ali. I expected that would be his preferred use. 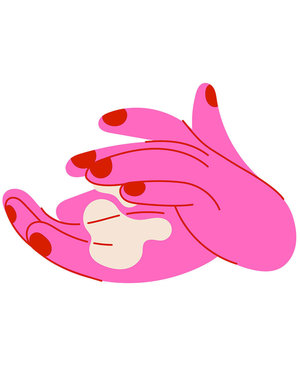 Initially, Ali told me that he has indeed used hand creams before, but upon further investigation, I came to realize that he has used lotion on his hands before, not hand cream. Smh, there’s obviously a clear distinction. I selected this one for him to try, because it’s moisturizing without leaving an oily residue and has a nice scent without being strong and overpowering. 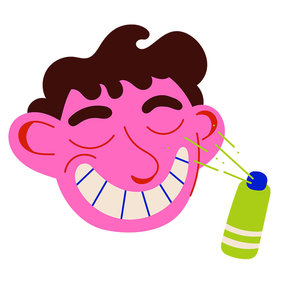 Next up: a cool, refreshing face mist. Since this one’s essentially mineral water without a lot of added fragrance, I figured this would be a good introduction to mists. Eau Thermale Avène’s Thermal Spring Face Mist really just feels like you’re spraying water on to skin rather than a skincare product, perfect for anyone sensitive to strong smells (i.e. both me and Ali). 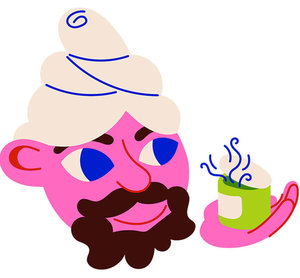 Tying it back to how we started the day, I wanted to end the day on a similar, relaxing, and peaceful note. I convinced Ali to take a bath with the Happy Place bath salts, featuring stress and anxiety-relieving bergamot and mood-boosting citrus for an uplifting experience. For me, baths are me-time; they help me relax and de-stress. Ali, on the other hand, has only taken a handful of baths as an adult in an attempt to soothe an injury and never as a self-care ritual. To ensure he was truly disconnected and worry-free, I imposed a no-phone policy and entertained his four-year-old during his 30 minute bath. That’s right, absolutely no distractions.

At the end of our self-care spa day, Ali and I both felt more relaxed and calm. Not only was this much needed for our skin, but the time spent together was invaluable. While he may not make self-care a priority right away, he discovered some products he likes and is more open to trying others. As for me, I won’t wait a whole year to do this again—there’s no reason I can’t include Ali in my self-care Sundays.