Transformations: The Wild New Makeup Show You’ve Got To See

Club Kid or Style Pioneer? Both titles come to mind when we think of James St. James, a key player in the legendary New York City nightclub scene of the ’90s and author of Party Monster, the gripping true tale about the era’s club kids, drugs, and murder that has gone down in nightlife history. 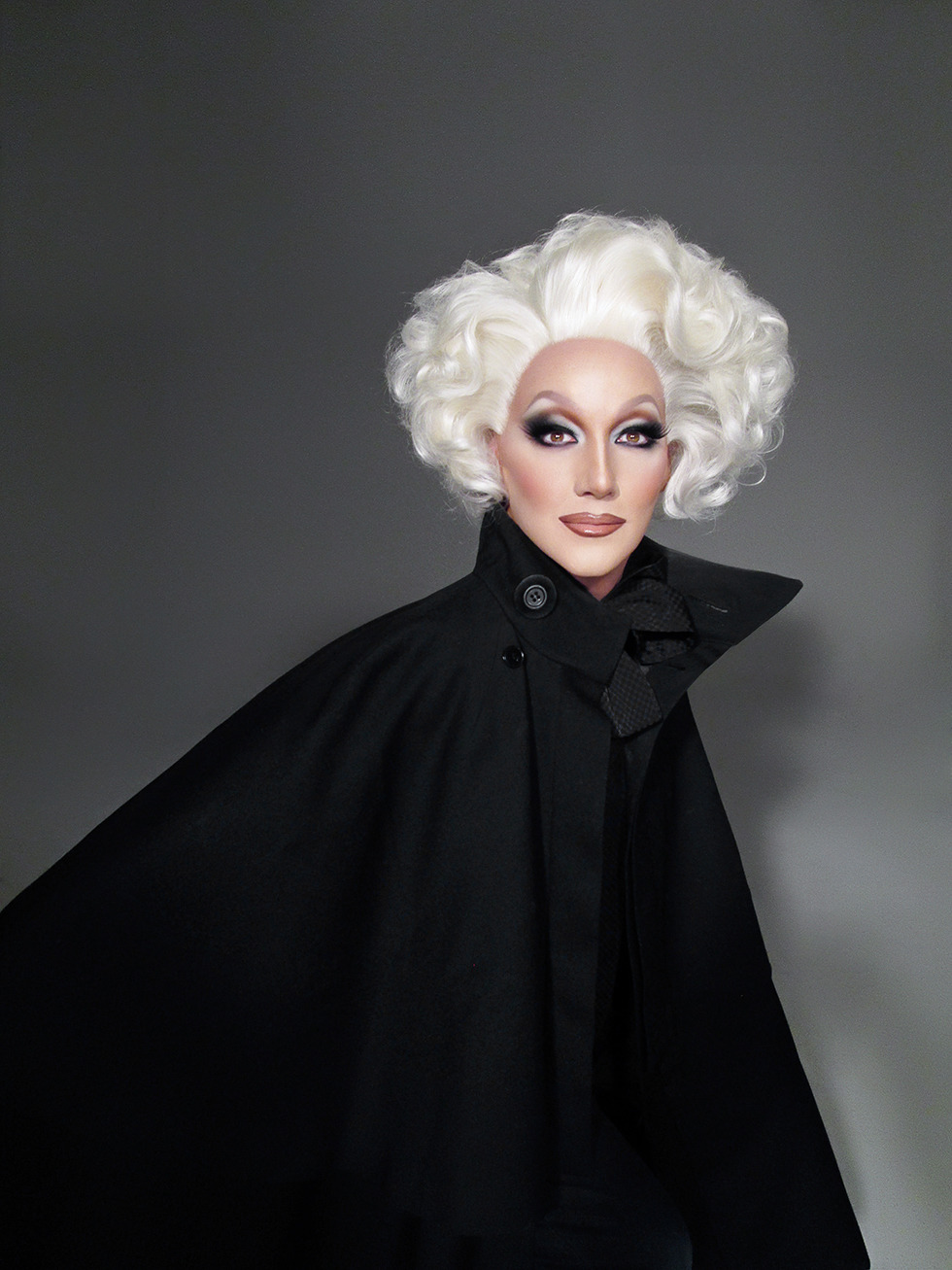 James brought wildly stylish looks into the public eye before some of us were out of diapers. He whipped together outrageous costumes and eye-popping makeup designs at home, using just his imagination, a few rhinestones, and some face paint. Today he’s a key player at World Of Wonder productions (the company that produces RuPaul’s Drag Race), working as a blogger and art curator. 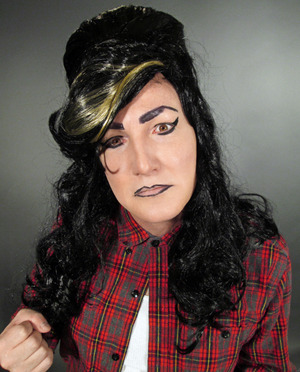 He’s also continued dressing up and making statements with his new web series Transformations. In each episode, James offers himself as a glamorous guinea pig, allowing a slew of makeup artists of all skill levels to paint him up however they like. The result: an educational and unexpected series where the outcome is anything but average. We’ve seen epic drag, scary paint jobs, and even a nod to chola style– with a healthy dose of James’ hilarious banter throughout.

Transformations has us officially has us hooked. We chatted with James about the show and his own philosophies about makeup for makeup’s sake.

Q: What inspired the concept of the show?
I found myself in a rut—a makeup rut, as well as a fashion and lifestyle rut. I was doing a smokey eye and a pale lip every time I went out, and I was beginning to get really bored of myself. I have a lot of friends who take the time to create these amazing looks for themselves and I wanted to deconstruct those, not just for my own inspiration, but for an audience, so they could see just how much effort goes into dressing up and getting ready. Sometimes pulling together a look can be two- or three-hour process. I figured, why not use my friends and their creativity to jump start my own creativity?!

Q: Tell us about the talents on the show. How did you go about choosing artists?
We’ve got a good mixture of my own personal friends, as well as people I admire, well-known makeup artists, and some drag and performance artists. And then people who just have interesting looks. We started with Billy B, who is, of course, very famous in the industry. We just had RuPaul’s makeup artist Mathu Andersen. Those two episodes have so much information on the techniques behind the transformations. We had drag performer Squeaky Blonde recently, which was really interesting because I never thought about the amount of artistry behind his styling. He does such a spooky, crazy aesthetic, but watching the episode, you see that there’s a lot of detail involved. I wanted to get a good cross-section of artists on the show. The thing about makeup is, there are as many different looks as there are people who are gonna do them. Having said that, I don’t foresee a time we’ll ever run out of looks or people to feature!

Q: As someone who is well versed in makeup and creative styling, is it nerve-wracking having others style you?
There’s a mirror off to the side that I look in as the artist is working. In reality, when someone is beating your face, you shouldn’t look in the mirror. I’ll catch a glimpse of myself and just start thinking, “What in the hell are they … what is that??!,” but in the end it always comes together. Everybody has a different process and it’s interesting to learn how other people work. I’ve been uncomfortable with a lot of things that we’ve done on the show—in fact, I’m frequently uncomfortable—but the first rule of Transformations is that there are no rules!

Q: What's your favorite look been so far? Has anyone surprised you?
I think the finished photo from the Mathu Andersen episode is possibly my favorite picture that has ever been taken of me, ever. For 25 years I’ve wanted him to do my makeup just to see what he would do, so working with him was sort of a dream come true. Also working with Billy B. I always say I’ve never made a pretty girl, but for a few minutes there I was sort of a pretty older woman. I learned all sorts of little tricks with Billy and Mathu. They used all kinds of pulleys and scaffolding, stretching my face back and creating cheekbones, which makes such a big difference. 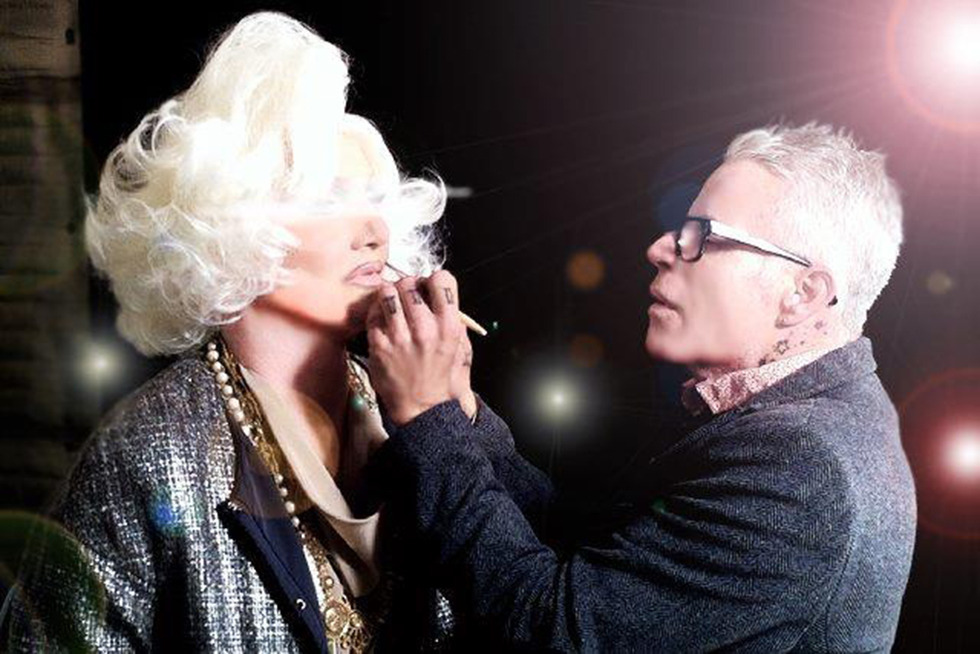 Q: How do the looks compare to those you've done on yourself?
I’ve cooked up a lot of nutty looks in the past, but I’ve always been about the big picture. I’ve always been about creating a character and finding the humor in an outfit. So it’s interesting for me to be learning the details. It’s something that’s never been my strong suit. I’ve learned that the process to a polished look is working in steps.

Q: What are some of the craziest transformations you’ve done on yourself in the past?
There was a whole period I had with this slice-of-pizza outfit. I tried to see how many different looks I could get out of it. For three months I was an older, elegant pizza slice, and then I was a punk-rock pizza slice. For a while I was a crystal meth-addicted pizza slice and I would draw little sores on my face—that look was challenging. I’d try to explain it to people and nobody ever got it. I also went through a phase where no matter what I was wearing, I was covered in blood all the time. 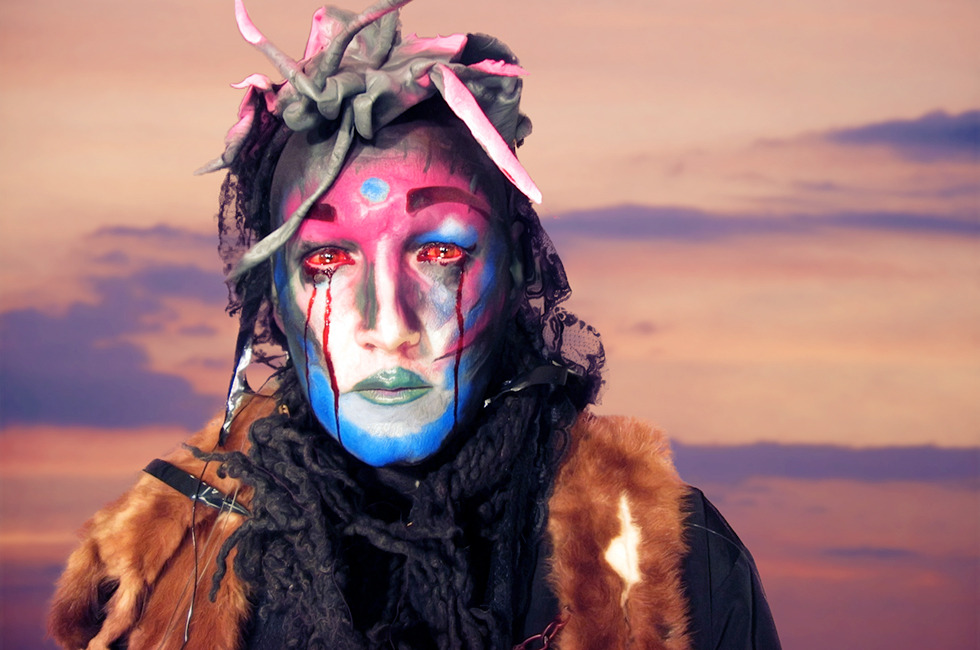 Q: How does the club makeup and style culture today compare to that of the past?
It’s weird that when you go out to clubs now, all you’re really doing is getting your picture taken on iPhones. Back in the ’80s and ’90s, you could go for weeks without having your picture taken, which means there are thousands of looks of mine that have never even been recorded—looks that I’ve since forgotten about. None of us ever bothered to record back then. Back then, Michael Alig had a photographer that would come over every night and set up a backdrop. Everybody would go get ready at Michael’s, and then we’d all snap a photo before going out. At the time I would think “Oh, that’s so pretentious,” but today, Michael has entire years of looks recorded that I don’t have. Now, with Instagram and such, I feel like I don’t even have to go out anymore. I can just sit at home and watch everybody’s lives unfold!

Q: Is it easier to achieve a fantasy look today compared your club days?
I think people are a lot more adept to makeup today than they were 20 or 30 years ago, thanks to blogs and tutorials. I think everyone is dressing up a little more. When I started going out in the ’80s, there was a core group of only about 30 or 40 people who were always fabulous. Now you can go out and the entire club is fabulous. Everybody has access to more things. You used to have to go to Patricia Fields to get your crazy makeup, but now you can order it online. It’s interesting that everybody everywhere has access to being fabulous now. I love that. You really had to struggle to stand out before, but now, standing out is the norm. 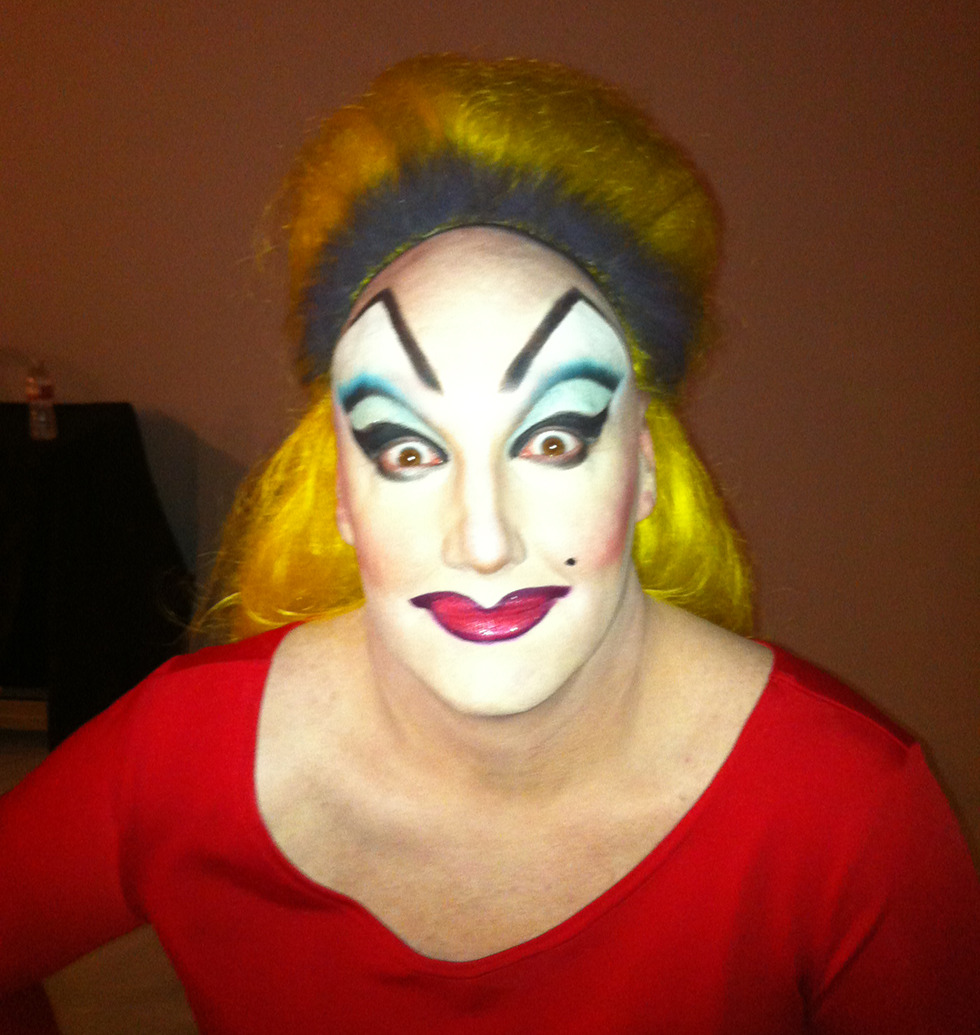 Q: Did you ever think club fashion and fantasy makeup would grow to be as big as it is?
Michael has been in prison now for 17 years, but I can’t wait for him to get out and just to see the proliferation of club kid-ism. He keeps seeing images of Lady Gaga and saying “Well, that’s me!,” but it isn’t really. It’s so 5th, 6th-, 7th-generation by this time that it’s just become a part of pop culture vocabulary, and it’s penetrated culture in a way that we never, ever could have imagined. So much of what we did back then is just the norm now.

Q: What do you do after the filming? Do you wear your look back to the World Of Wonder office?
When we first started the filming we decided we should include the reactions I would get returning to the office after the makeovers. But everyone in the office is so used to me that they never even blinked an eyelash when I turned up dressed as a chola or completely painted, so we didn’t get any of the reaction shots we were hoping for!

Q: Who are we gonna see coming up on the show?
We have Raja and Yara Sophia from RuPaul’s Drag Race. Sharon Gault (Madonna’s longtime makeup artist) is gonna be featured as well. She’s coming on the show with her 5-year-old daughter, so I think we’re gonna let the daughter do the makeup! We have a movie makeup artist who wants to do me up as a zombie, and some student artists lined up as well. I’m also excited about the clown tutorial that we have coming up. It’s done by a real clown.