I first became aware of Ryan Heffington while watching Season 1 of RuPaul's Drag Race, when he instructed the queens on how to work a runway. He looked like Frank Zappa in heels—I was in love. Equal parts performance artist, choreographer, designer, and all around dance guru, Heffington is creating some of the most innovative work to hit the stage. He's done everything from a three-month residency at The Museum of Contemporary Art Los Angeles to a piece commissioned by Target in which more than 60 dancers performed in the 144 rooms of the NY Standard Hotel, visible to the passersby on the street below. 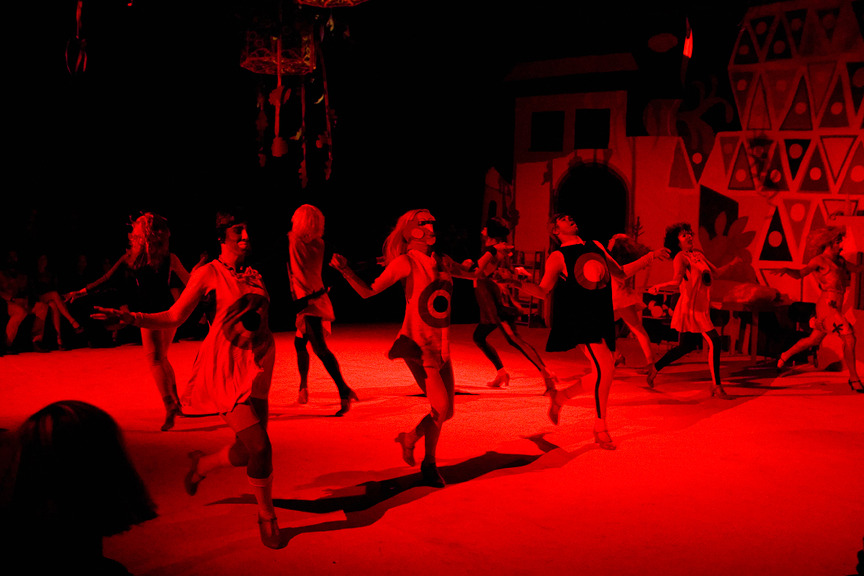 His recent piece KTCHN has been performed to sold-out audiences in L.A. and has just been extended for one more week (in case you weren't lucky enough to see it during its original run). The show moved me so much I saw it twice and took half of Beautylish with me the second time. Not only is it one of the most inspiring performance pieces I've seen in a long time, it is also an exciting intersection of makeup, hair, movement, fashion, and art. 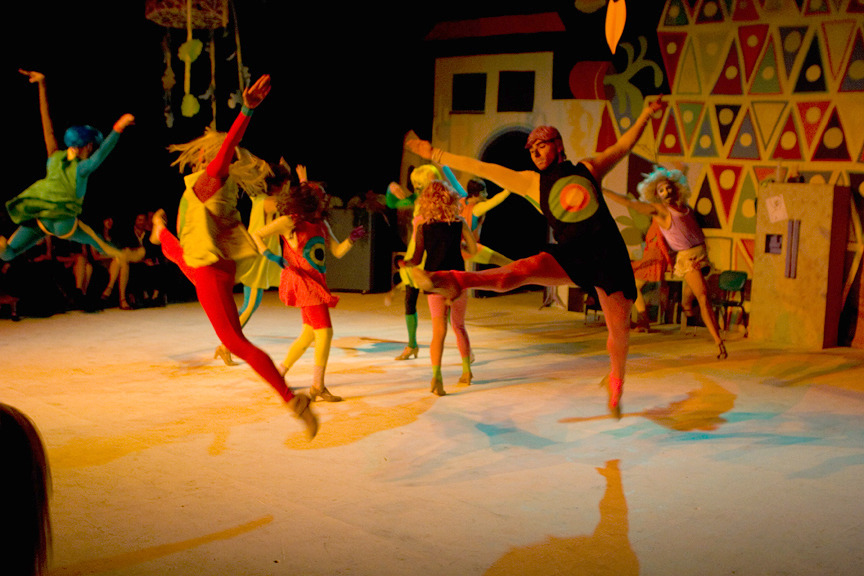 Once I saw it, I had to know more. Heffington took a few moments out of his non-stop schedule to answer some of my most burning questions.

Q: What was the inspiration behind the piece, and what was the idea behind calling it KTCHN?
The main inspiration came from Nolan Hendrickson's collection of paintings "Faggot Carnival". His eccentric and bored characters seemed like my tribe. I wanted the title of the piece to parallel this mundane sense of being ... and, well … the word "kitchen" doesn't necessarily create a frenzy. The themes range from interpersonal, tried relationships to superficial displays of entertainment. 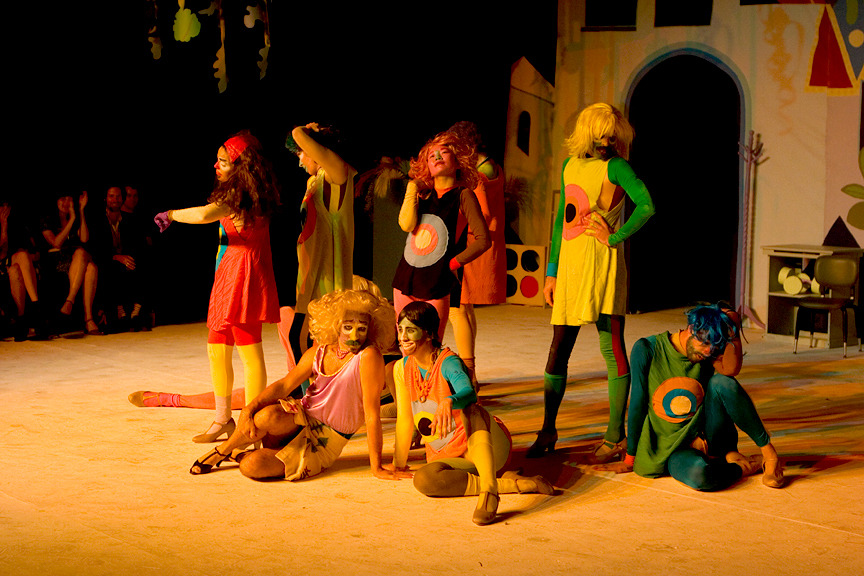 Q: What were the ideas behind the characters and how they were depicted? How did that inform the makeup, hair, and costumes?
It was important to me to have the characters aesthetically close to Nolan's, but it was also nice to create stories that revolved around each persona. As in Nolan's paintings, sexual identity always seems grey and this is one of the aspects that drew me to his work. My dancers as well crossed lines of gender with specific styling, wigs, and makeup. 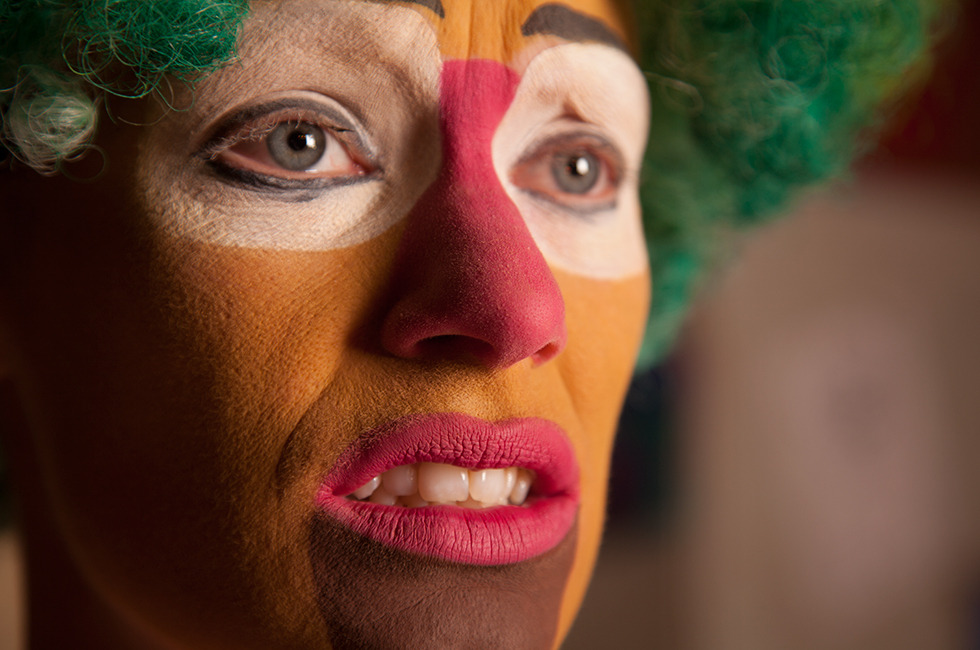 Q: As the creative director of the piece, how did you work with your hair, makeup, costume people to communicate the idea?
I started with a folder of specific images I wanted to create from. I made a sheet for each character with a headshot of one of Nolan's subjects to reference for hair and makeup. These were strictly for reference, and each artist enhanced looks as they felt compelled to—although I did have some edits. 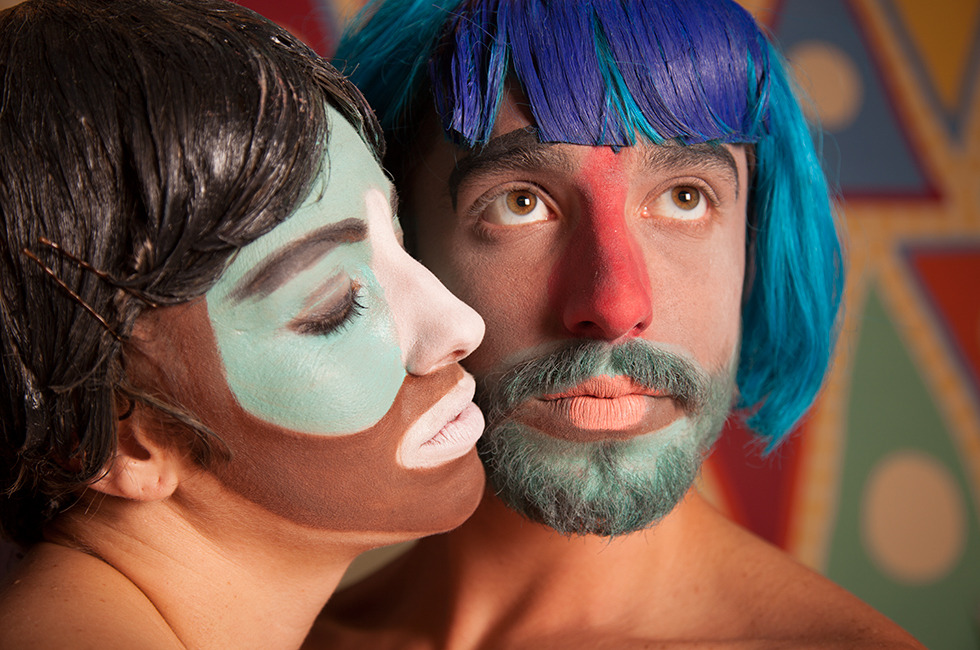 Q: How did your glam team pitch their ideas? Was it a formal process or was it more organic?
I had a fairly specific idea of what look (makeup and hair) each performer should recreate. Our makeup guru, Will Lemon, helped with application techniques and fundamentals. Every dancer painted his or her own face each night. I think the wigs were more of a creative endeavor. I bought wigs and hand-dyed, painted, cut, and layered each, creating specific looks for every character in the show. 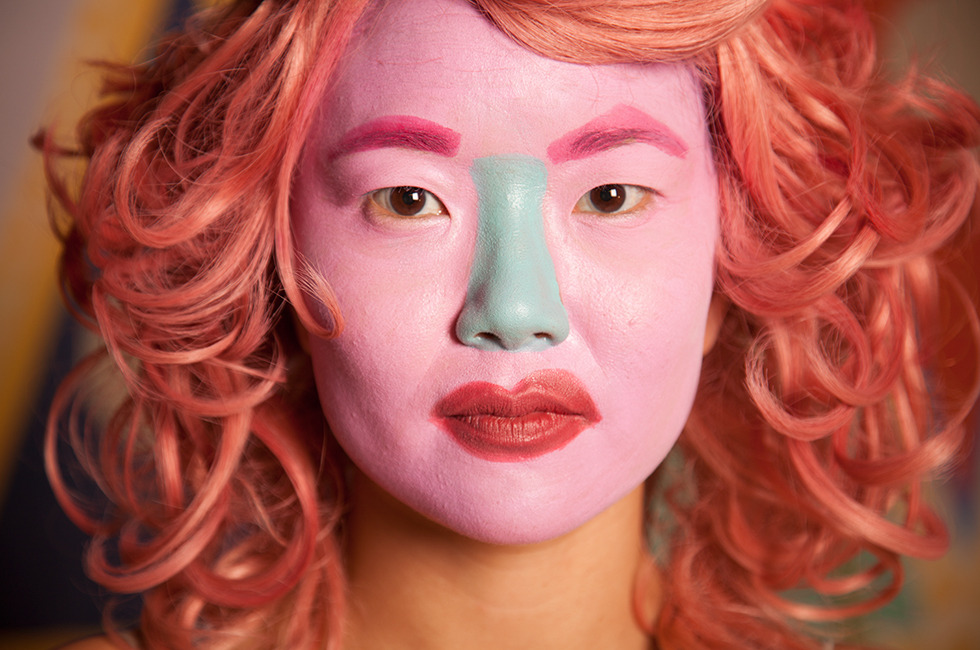 Q: Is makeup and hair always so closely integrated into your performances? Often in dance, the emphasis can be so much on the body that those elements play a secondary role, but in KTCHN, the characters were so fully realized. Is that true for all of your work?
I love spectacle. And I do have a strong aesthetic that accompanies most of my work. Dance is, of course, a physical art form, but it's visual just as much. Having a background in costume design and punk-rock styling, I usually tend to give the dancers elaborate facades. 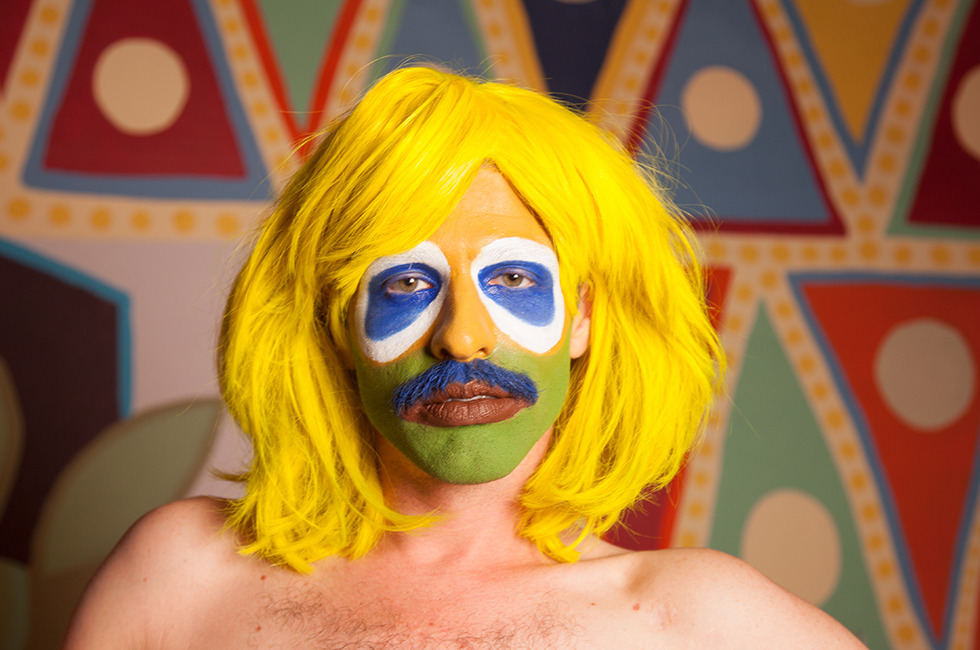 Q: The team feels like a who's who of people doing interesting work right now. Can you give me the names of some of the people involved so our community can find out more about them?
My good friend Mindy LeBrock created all the costumes for KTCHN. Her work ranges from commercial to in-depth art pieces. We have collaborated many times in the course of a few years. At this point she is the one collaborator I trust the most to always kill it. The aforementioned makeup designer Will Lemon is a great friend as well. He too works both commercial and art worlds. Artistic director Adrian Gilliand is newer in my community of collaborators—he's foremost a friend and student of mine, but has a super strong and impressive aesthetic. He's a painter and visual design artist as well.

Q: What are some of your favorite references or inspirations? Either specific artists or general movements in different art forms.
I'm a child of the late '70s and '80s, so I keep these references close to my heart. I love boundary-pushing fashion designers like Victor & Rolf, Hussein Chalayan, MoonSpoon Saloon, Henrik Vibskov and others. I love wood. I love color and form. 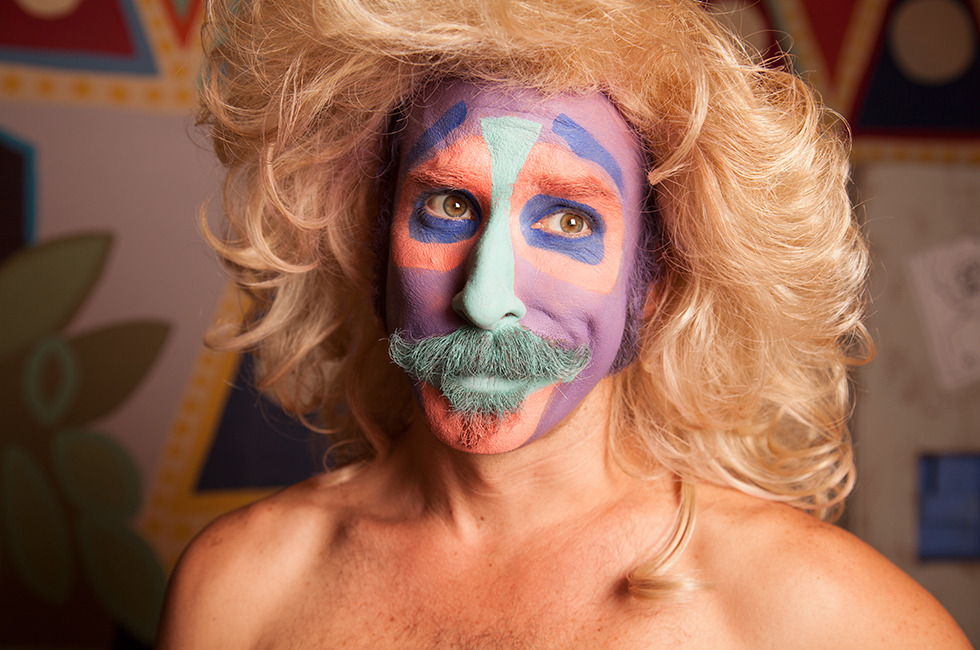 KTCHN is on view for one more weekend, May 24–25 at Mack Sennett Studios in L.A. You can purchase tickets here.