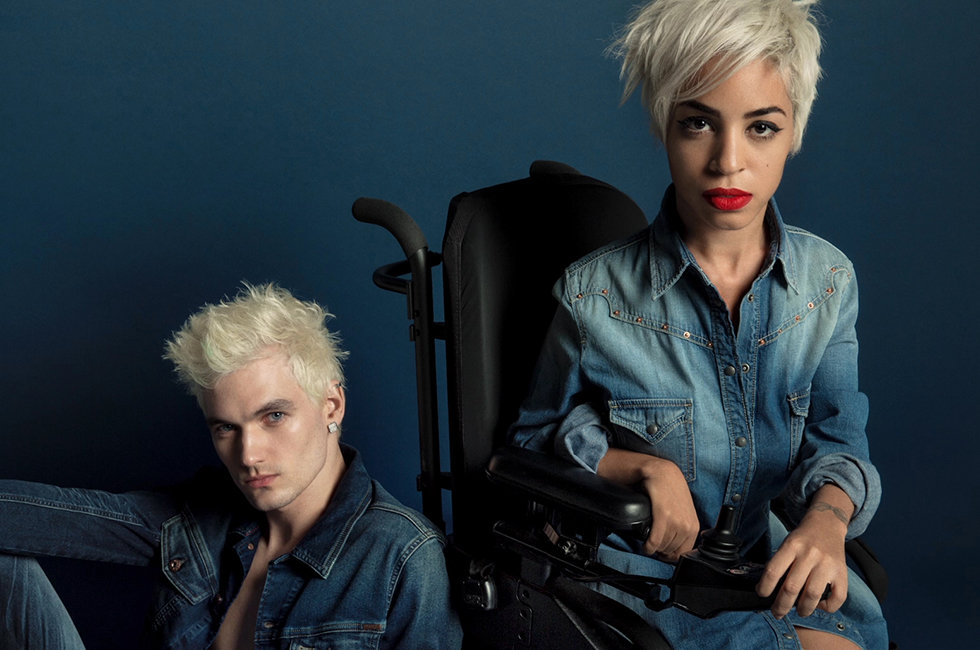 Back in 2012 we interviewed Jillian Mercado, a New York City–based blogger who helped us shine a light on what it takes to succeed in the style industry, and do it all with muscular dystrophy. Never allowing her condition to stand in her way, Jillian’s fashion career has only grown since we first featured her on Beautylish. She’s the executive editorial director of the online culture and style site WeTheUrban and runs her own blog Manufactured 1987, and recently took on a modeling spot in Diesel’s new campaign, which went viral. Now, Jillian finds herself flooded with fan mail from people all over the world who relate to her story, inspired by the idea that just because you’re different doesn’t mean you should hold yourself back from celebrating your beauty and doing what you love. Now we’re handing over the reins to Jillian once again for an update on her exciting new breakout career. She tells all in her own words.

What was going on in your life when you wrote the 2012 piece for us?

When I was asked to do my piece for Beautylish, it was awesome because it gave me the opportunity to write about my life—something that, at the time, I never really talked about. Writing it felt like journaling, or almost like a therapy session. I felt like I broke down and the whole world saw it. I remember getting a lot of positive feedback. Around that same time, my wheelchair had been stolen and I, once again, had to open up about my personal life, as I worked to raise money in order to buy a new one. I guess that story was just the beginning of all the craziness that I’m experiencing now!

What’s been happening since then?

Oy vey, so many things have happened! Since the launch of the Diesel campaign, I feel like I’m helping to change the notion of what a model is supposed to look like. I’ve been doing press interviews almost every single day. I’ve always been really shy when it comes to talking about myself, so it’s been strange having people calling me every day just to do that. In the end, it’s been an awesome experience and feeling. 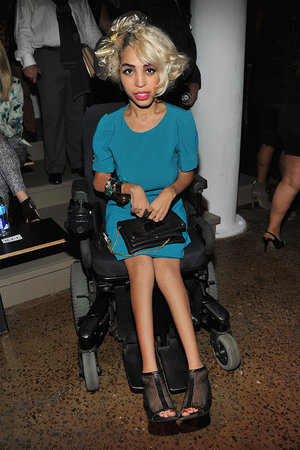 How did Diesel find you?

Ever since I met Nicola Formichetti (art director of Diesel) at a fashion week party, we’ve kept in touch. When he put the casting call in for Diesel up on Facebook I decided to submit to it and two weeks later I got a response and I was like, “Whaaaaa?” The funny thing is, Nicola told me later that he wanted to use me regardless—he wasn’t even aware that I had applied! I really wasn’t expecting that, though, I honestly had no idea what to expect.

What type of response have you been getting?

It’s funny. Because I work in the fashion industry, I was prepared for the worst. I was trying to keep a positive outlook about everything but in the back of my mind, I was also bracing myself for the biggest backlash. I’m thankful the response I’ve gotten has been really positive! I’m always surprised when someone stops me on the street or emails me to tell me that I’ve been an inspiration to them. As expected, I’ve also gotten a few negative comments from people thinking I’m seeking attention, but every time I read one, I just burst out laughing.

Would you consider yourself a role model for others with muscular dystrophy?

It’s been weird to suddenly be a spokesperson for people with disabilities because I never really think of myself as someone with a disability. I feel like now I have this whole responsibility that I didn’t anticipate. One pet peeve of mine is when people in wheelchairs make the wheelchair a big part of who they are. I’ve seen people write it as a hashtag in their status or in the bio on their website. I just don’t associate myself like that. Reading that just feels like a cry for help. I think it’s clear that I’m in a wheelchair in the photos I post, I don’t need to spell it out for people. Even though I feel that way, part of me understands why some people like to make their chair so known. I feel that the needs of people with disabilities have been ignored for so long and disabled people continue to be fairly invisible in this country. I visited Europe recently and found everywhere I went to be wheelchair accessible and I found people more willing to talk about it there. I rarely hear it addressed in the United States. 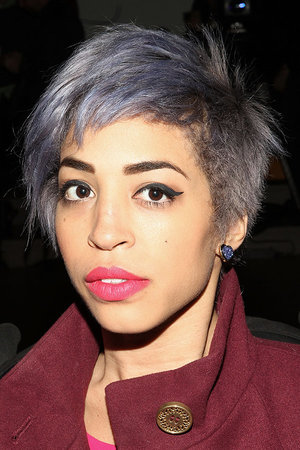 What do you think are some misconceptions about people in wheelchairs?

People forget that my chair is nothing more than a piece of equipment that takes me from point A to point B. It’s not stuck to me. In some recent articles, I’m labeled as “wheelchair bound” or “disabled” which are words that make me cringe. “Disabled” is what happens to my computer when my Wi-Fi goes down. I’m not a computer. And “bound,” it makes it sound like I’m shackled to it like bondage. I mean, I’ve been to some pretty wild night club parties buuuuut…

I get why I’m being described this way. It draws attention. I work in marketing and I know it pretty well and I understand that the fact that I’m in a wheelchair is why my campaign photo went viral in the first place. In the end, Diesel took a risk by putting a person like me in their campaign. I feel really blessed that I was part of it and that it’s helping to change so many people’s ideas of what it means to use a wheelchair.

You just returned from Italy?

Diesel asked me to travel to Venice for the launch of Nicola’s first collection at the Diesel headquarters there. I was only there for three days but it was the most amazing experience in the universe!

What are you hoping will come out of all this?

Right now I’m looking into a few modeling agencies in hopes to continue to participate in more shoots and campaigns. I’m really having fun being a spokeswoman for Diesel right now, but I’m not sure if it’s something I want to continue to do after the campaign ends. What I want to be known for in the end is the work that I do, which is styling, and putting together magazine editorials. I would love to continue with my career in the fashion industry. I don’t know what my future is going to look like, but I hope it’s as awesome as it is today.