It’s understandable why there’s a tendency, in makeup, to err on the conservative side, especially when it comes to wearing multiple colors together. Most of us tend to stick to vivid hues on one feature only, in efforts to rightfully avoid the whole red lips–blue eyeshadow Bozo effect. But it’s no secret that we’re crazy for brights around here. And with all of our favorite lines releasing irresistible, vivid new shades on a seemingly endless basis, it’s hard not to want to wear everything all at once.

And according to Los Angeles–based makeup artist Brande Bytheway, there’s no reason not to! “I really don’t think there’s a ‘right way’ to do it,” she said of color clashing. “But I do have some tips and tricks!” Read on for her advice, and throw out the old bold lips or eyes, but never both! maxim.

Try one color family per feature 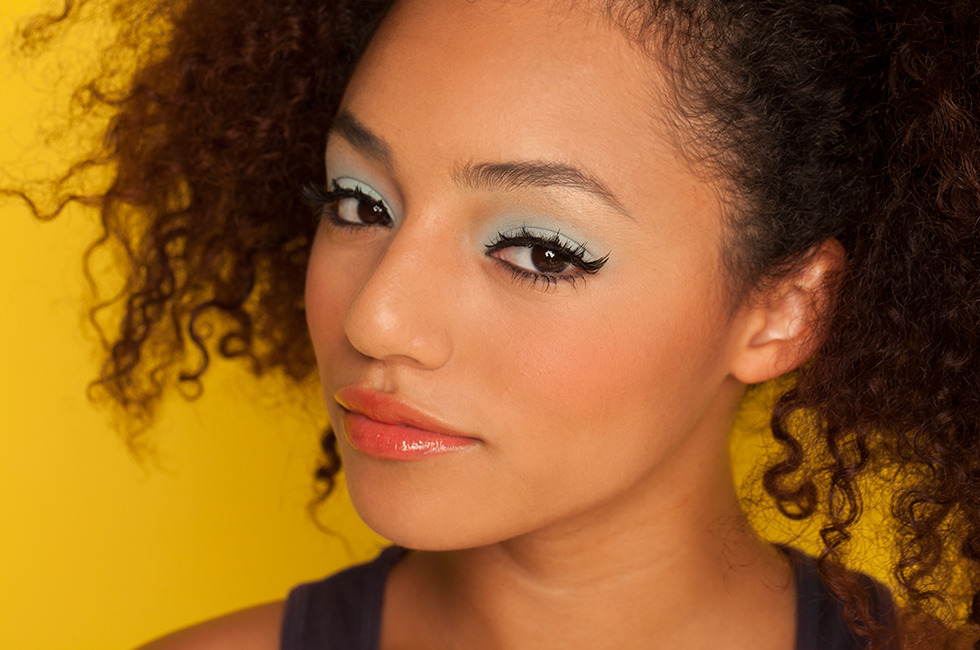 For those starting to play with clashing at home, Brande suggests starting with one color per feature—blues on eyes, orange on the lips, and so on. It’s a good way to try out multiple hues in one look without drifting into an overly costumey territory. 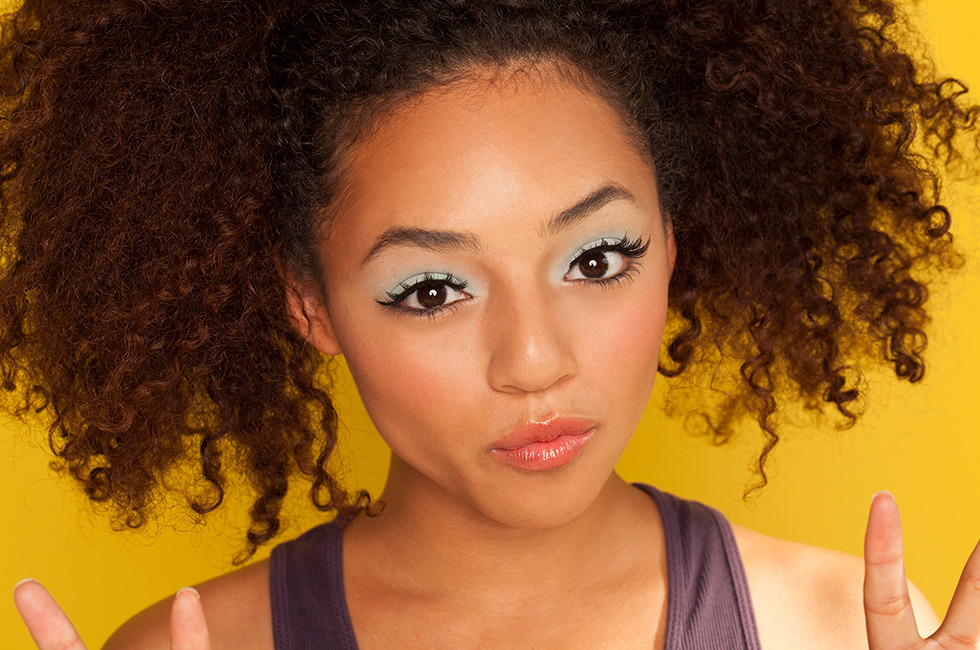 “Use washes of color to make contrasting shades more wearable,” says Brande. For this look, we went with a mint green on eyes, paired with sheer orange gloss on both cheeks or lips. On eyes, Illamasqua Cream Pigment in Bedaub, Inglot Freedom Eye Shadow in #367; on cheeks, Mirabella Neon Muse Pigment Powder in Tale of Tangerine; on lips, Too Faced Sweet Sun Shines Lip Gloss in Papaya Slushie. 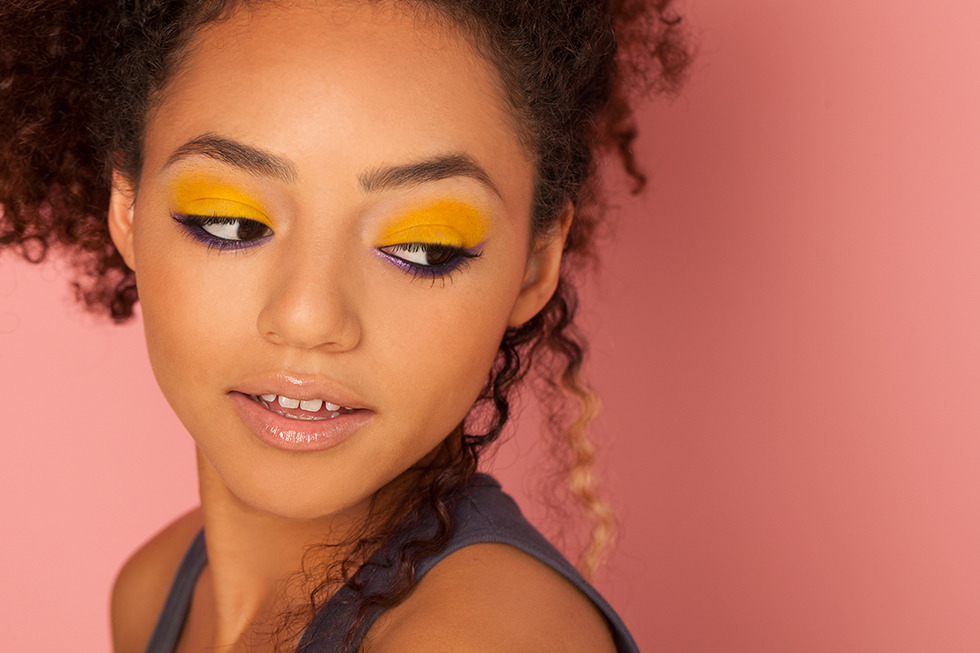 As we’ve already shown, a color-clashed look can run the gamut from soft and subtle to more in-your-face. To help figure out where you want to fall on the spectrum, pay attention to the color wheel. “Colors opposite one another on the wheel (aka complementary colors) will give you the most visually striking look,” says Brande. Here, we played with opposite colors, yellow and purple, on the upper and lower lids. On upper lids, Illamasqua Eye Shadow in Hype; on bottom lids, Sugarpill Loose Eyeshadow in Hysteric, Illamasqua Eye Shadow in Inception. 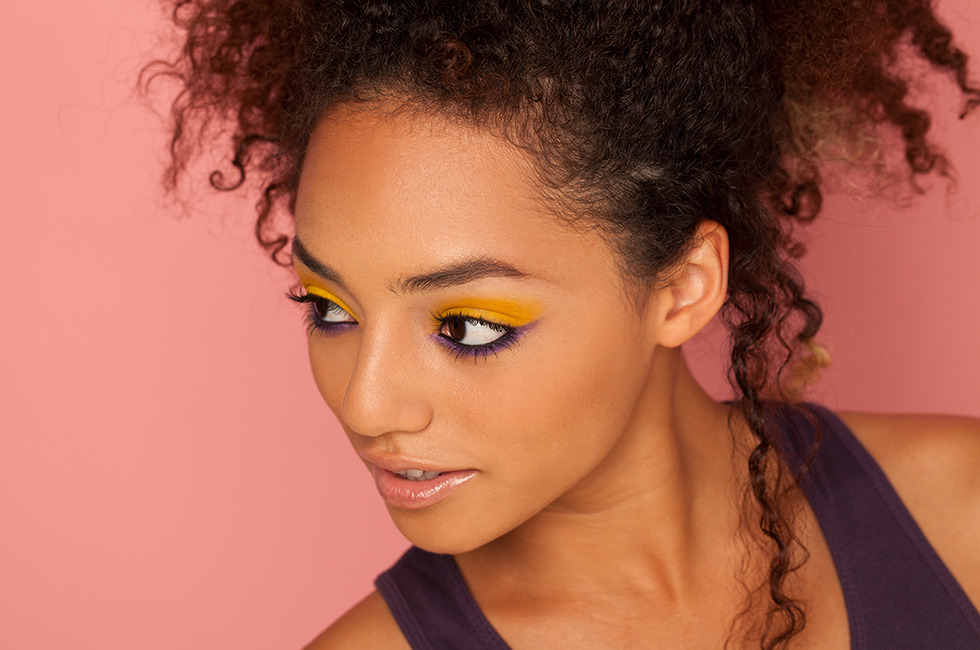 Detail the lids and lashes

If you want to try clashing on a much smaller scale, Brande recommends trying a bright eyeliner that contrasts with your shadow in the waterline or smudged between the lashes. For even more fun, experiment with colored mascara in a clashing shade—we like Anastasia Hypercolor Brow and Lash Tint and Mirabella Neon Muse Mascara.