The Endless Inspiration of Kevyn Aucoin 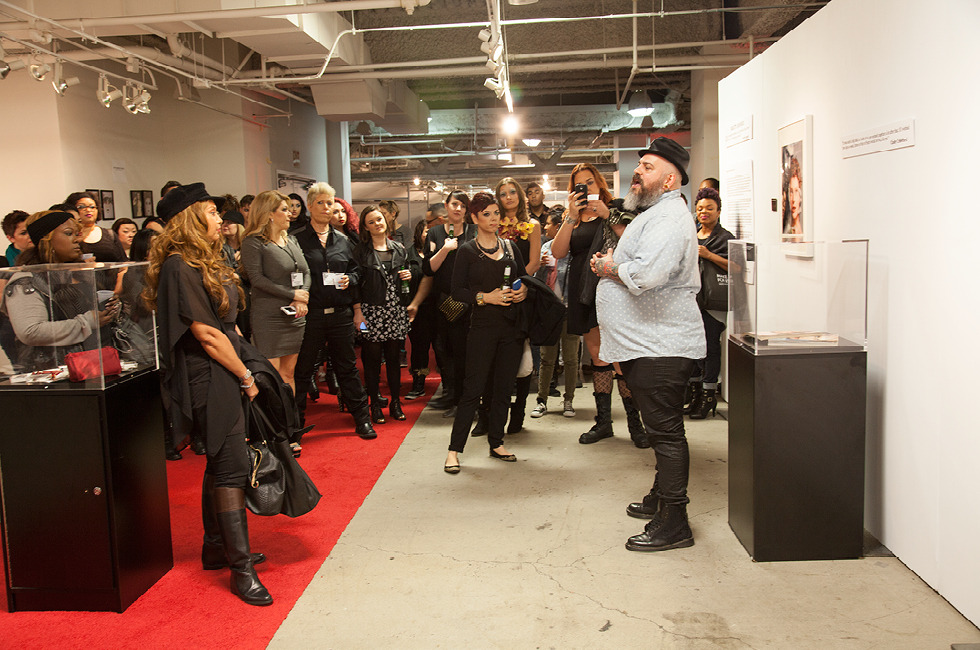 When we think of the late Kevyn Aucoin, a number of things come to mind—from the countless celebrity transformations (Courtney Love’s in particular) to his positive attitude, genuine love for life, and passion for makeup. So it’s no surprise that, last weekend in Los Angeles, The Makeup Show kicked off its new Icon Gallery series with an exhibit celebrating the legendary makeup artist.

Show-goers had the opportunity to catch a glimpse of rare artifacts from Kevyn’s personal life and work life, including backstage Polaroid snapshots he took, face charts, sketches, and color swatch charts he created while developing his original product line. While all of this could only begin to showcase Kevyn’s countless achievements and innovations in the beauty industry, it was such an inspiring tribute to his legacy.

We were lucky enough to attend and take it all on in. For those of you who weren’t, here’s a recap of some of our favorite moments from opening night and highlights from the gallery. 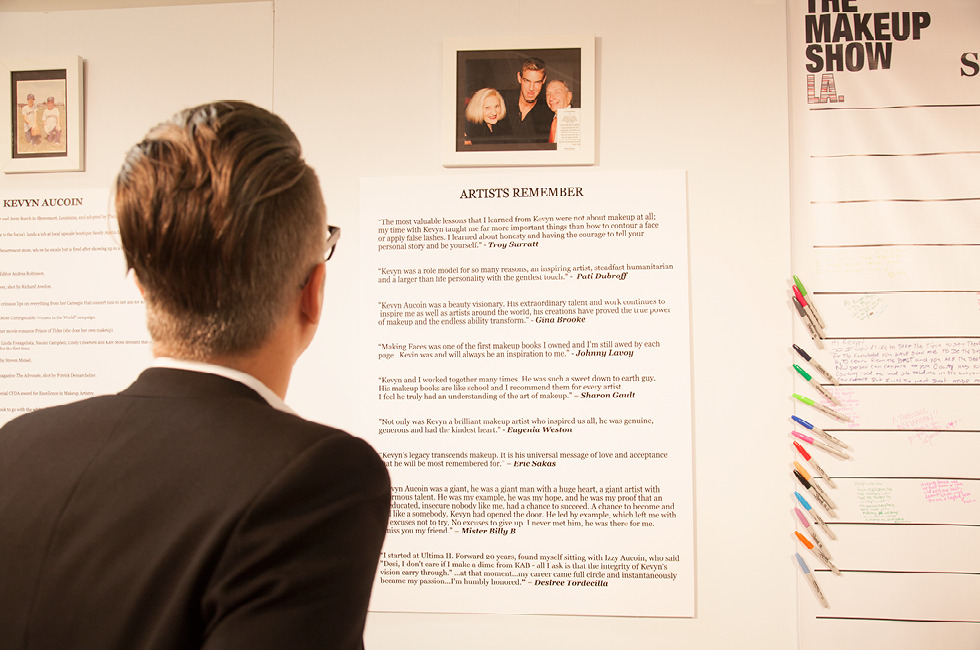 Troy Surratt, who was Kevyn’s assistant for years, reads remembrances from those who knew and loved Kevyn. 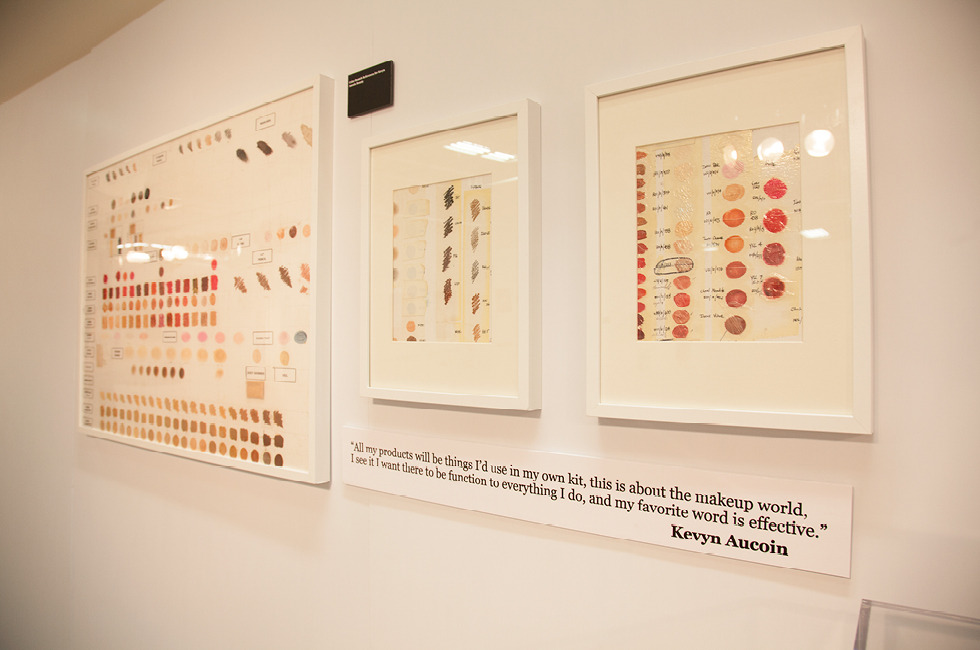 Studies of makeup color swatches Kevyn put together while brainstorming for his first makeup collection. 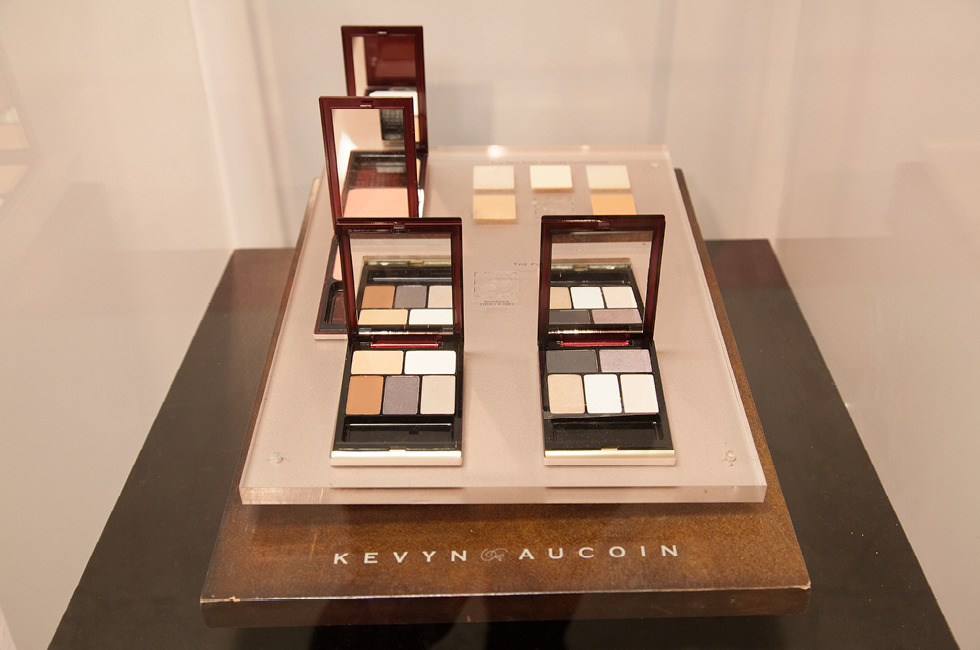 Original case displaying the Essential Eye Shadow Sets, each with five shades hand-picked by Kevyn to work together, and those color combos remain the same to this day. 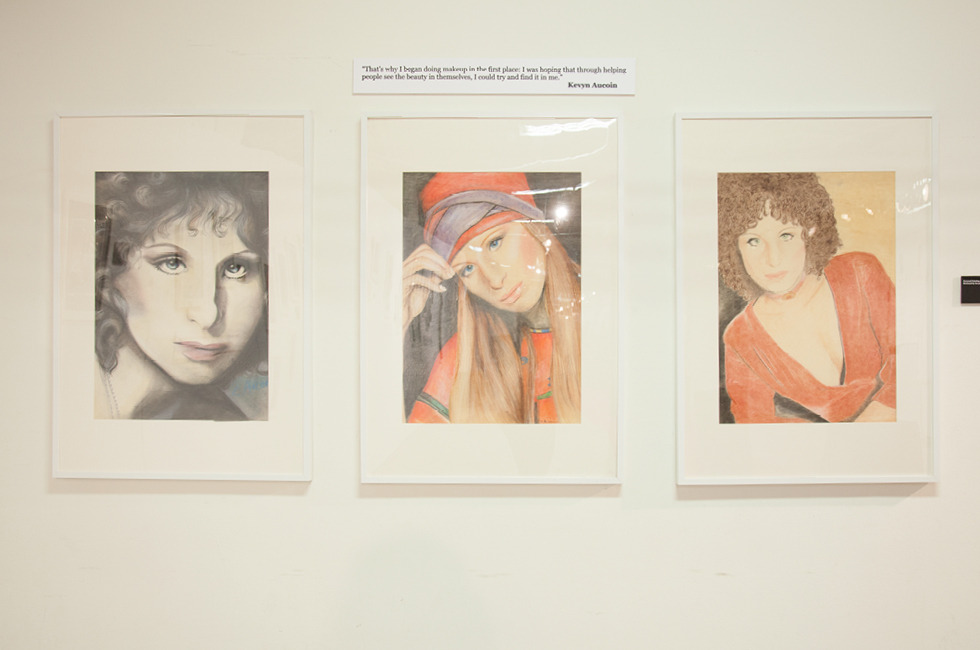 _Three of Kevyn’s drawings of Barbra Streisand, who was one of his idols. _ 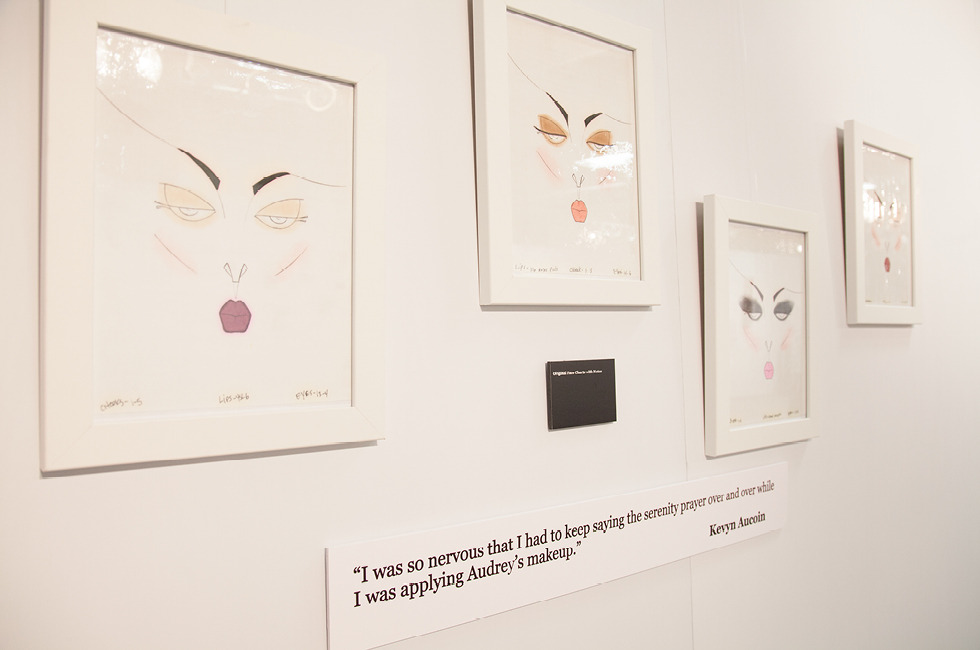 Framed face charts and quotes throughout the gallery offer a peek inside Kevyn’s many inspirations. 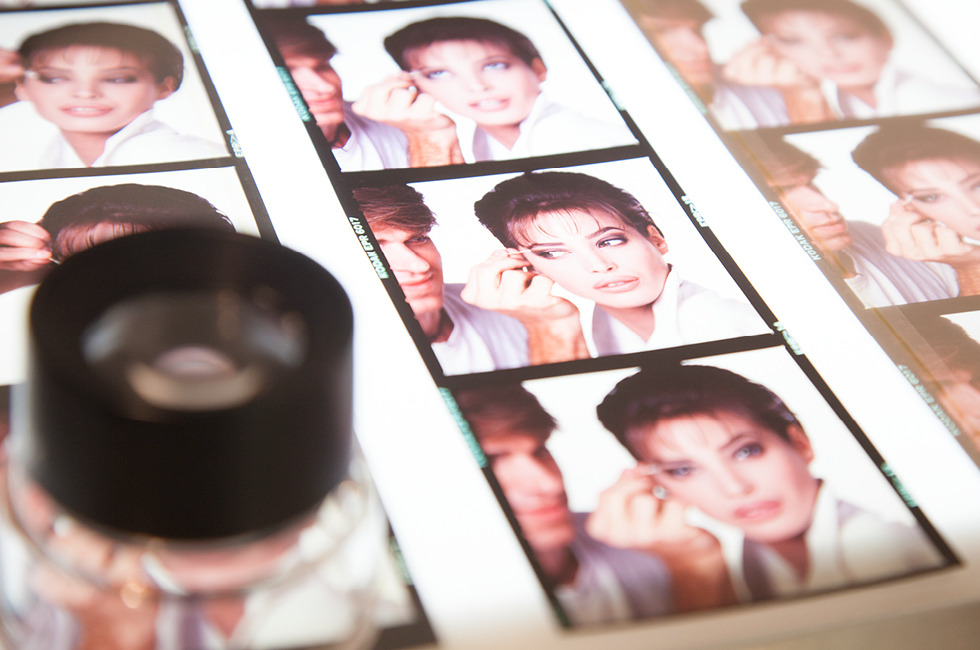 A lightbox housing the original contact sheet from a photo shoot for Kevyn’s 2000 book “Face Forward.” 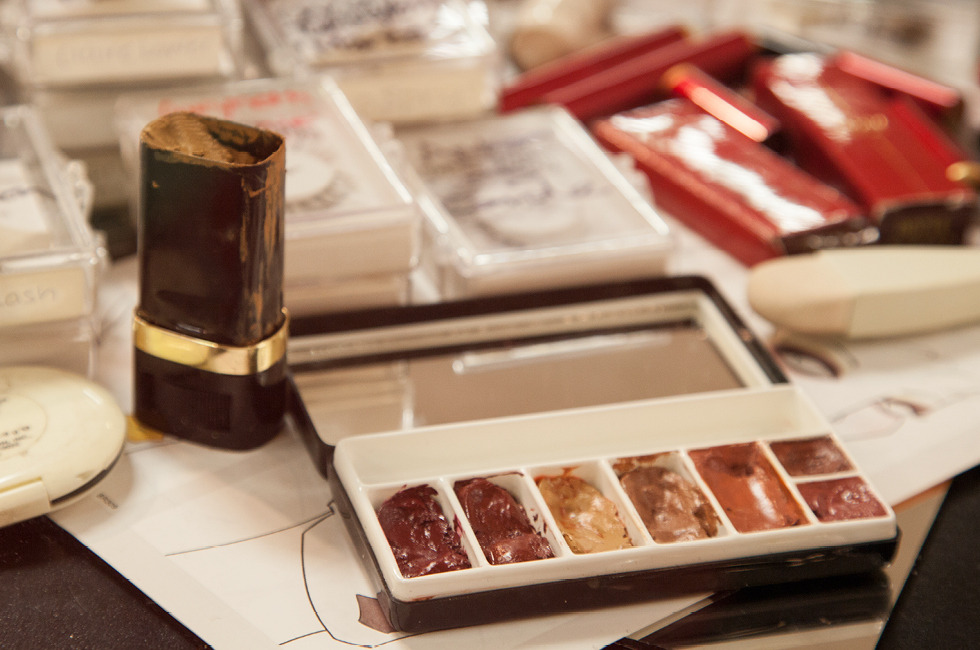 Products from Kevyn’s kit, including foundation from a collaboration with Ultima II, a lip palette, and false lashes. 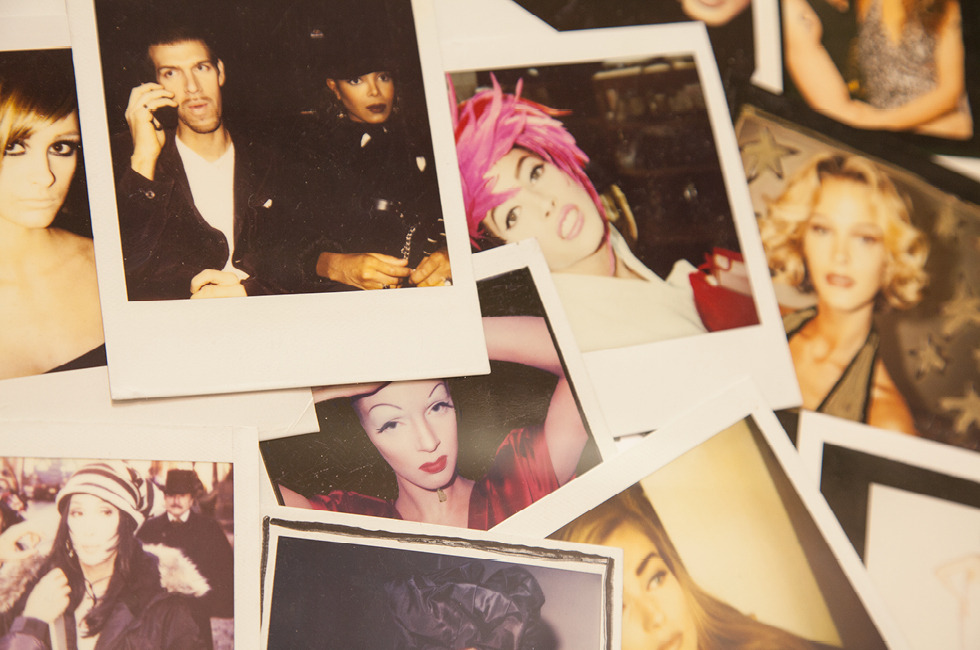 Kevyn loved snapping Polaroids. This collage includes original shots of Janet Jackson and Cher among others. 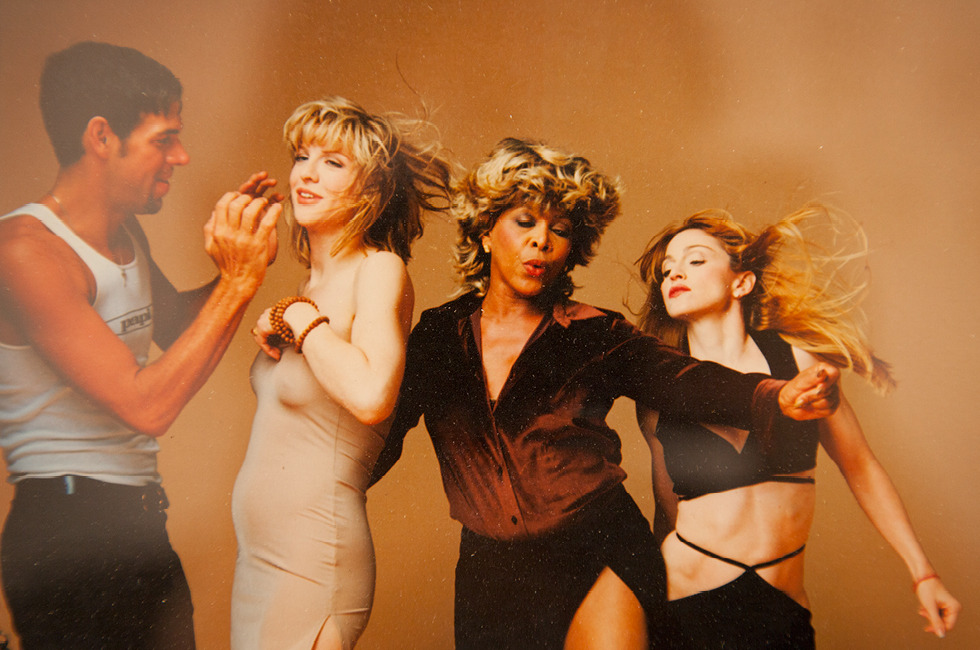 An outtake from the November, 1997 cover shoot for “Rolling Stone” magazine shows the artist with Courtney Love, Tina Turner, an Madonna. 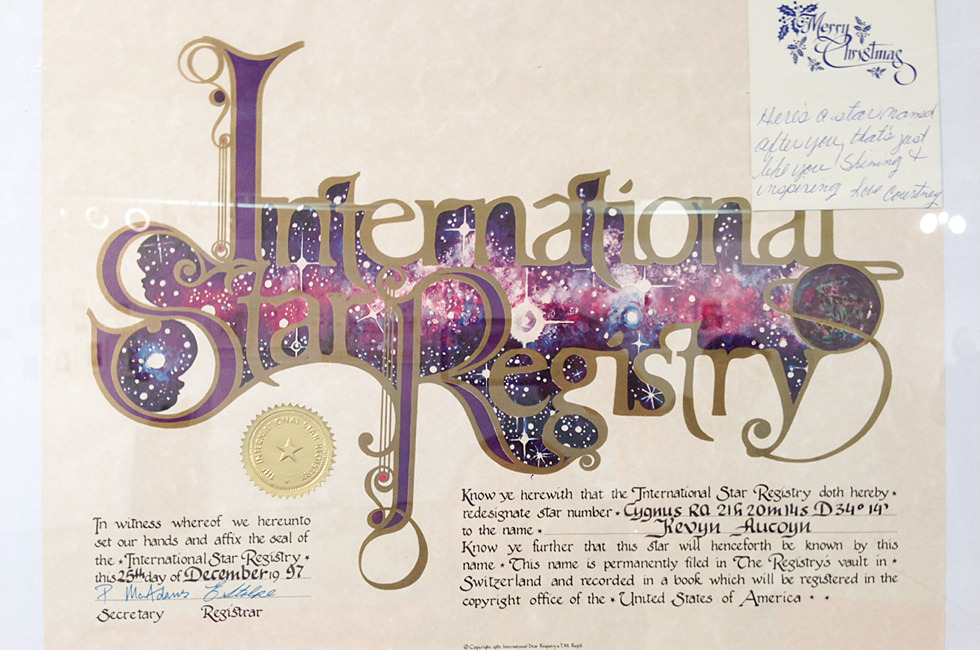 An International Star Registry certificate from Courtney Love, who named a star after Kevyn in 1997. 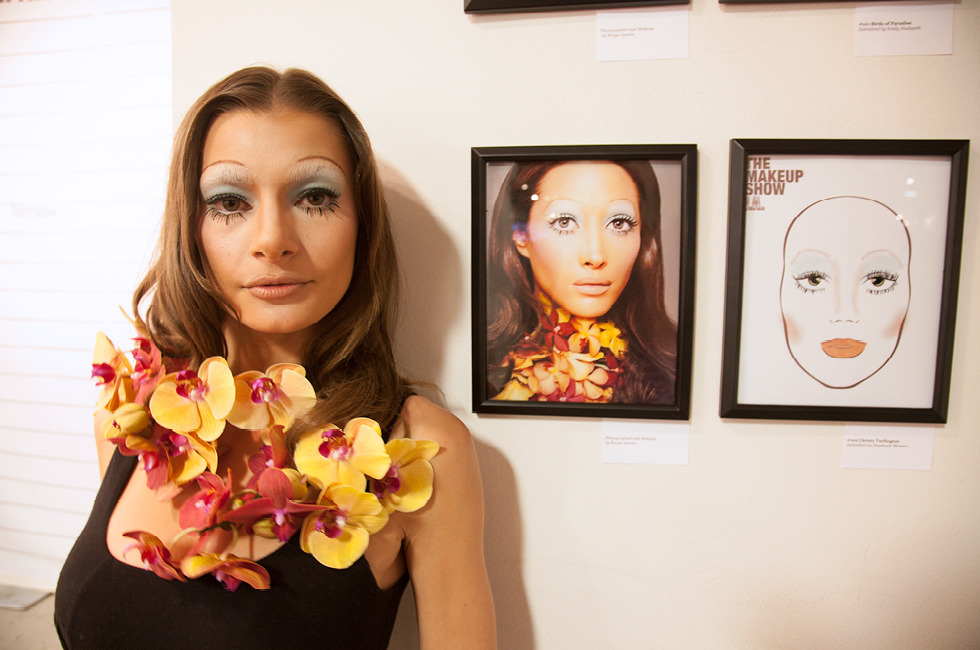 A model wears a re-creation of Kevyn’s transformation of Christy Turlington as Marisa Berenson for “Face Forward” in 2000. Makeup by Make Up For Ever. 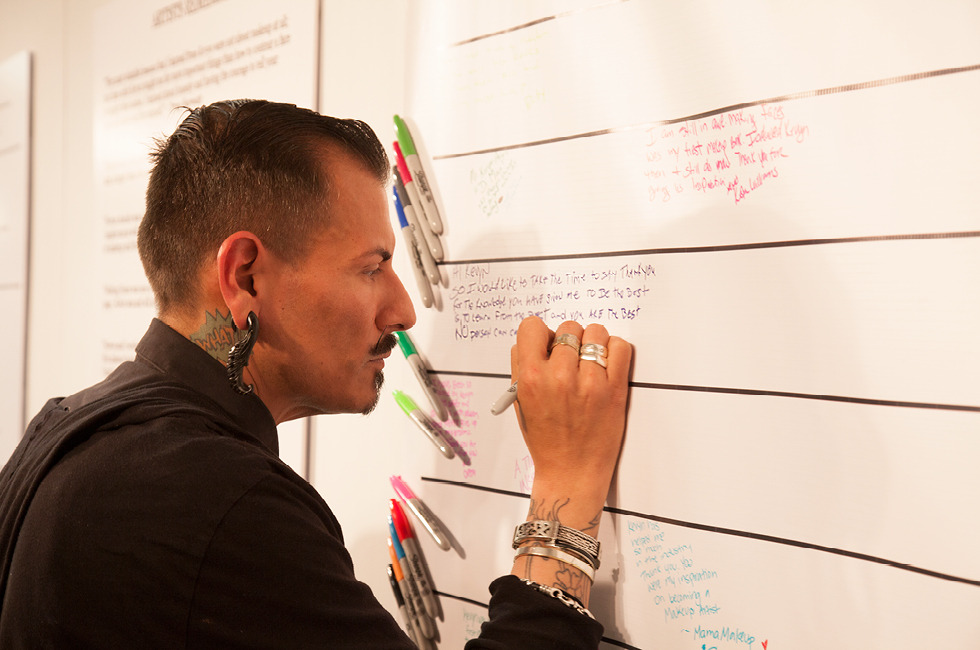 David Hernandez, a working makeup artist from The Makeup Show LA, writes about Kevyn on the “Thought Wall.” 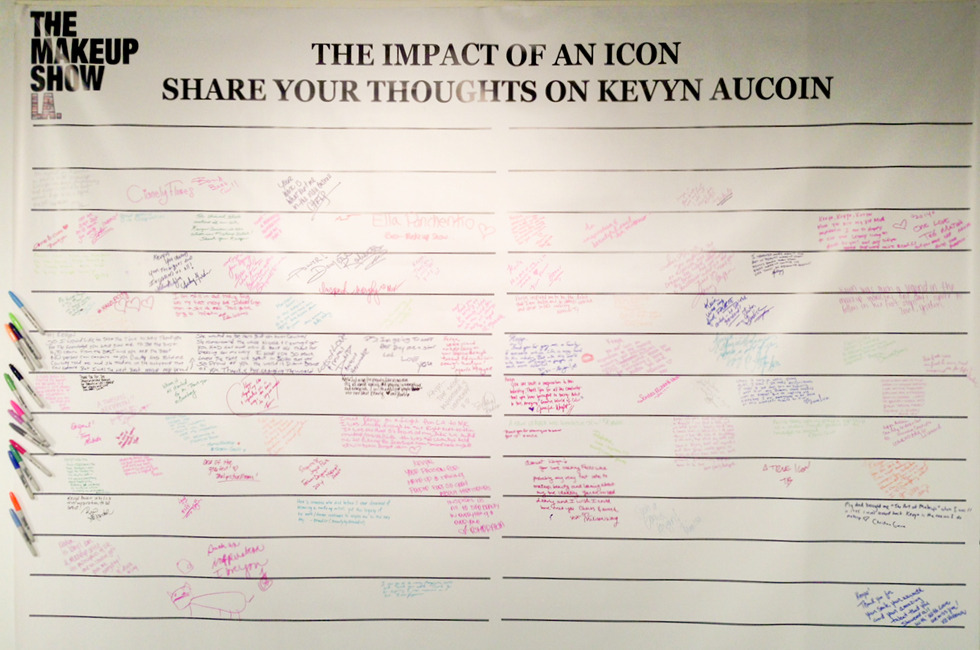 The Thought Wall, an oversized poster near the front of the gallery, invites guests to jot down their thoughts on Kevyn.