It’s not as though we needed an excuse to buy Obsessive Compulsive Cosmetics Lip Tar, but longtime company employee January Hunt is giving us a good one. For January, who identifies as a transgender woman, purchasing a Lip Tar could mean a better and safer future. 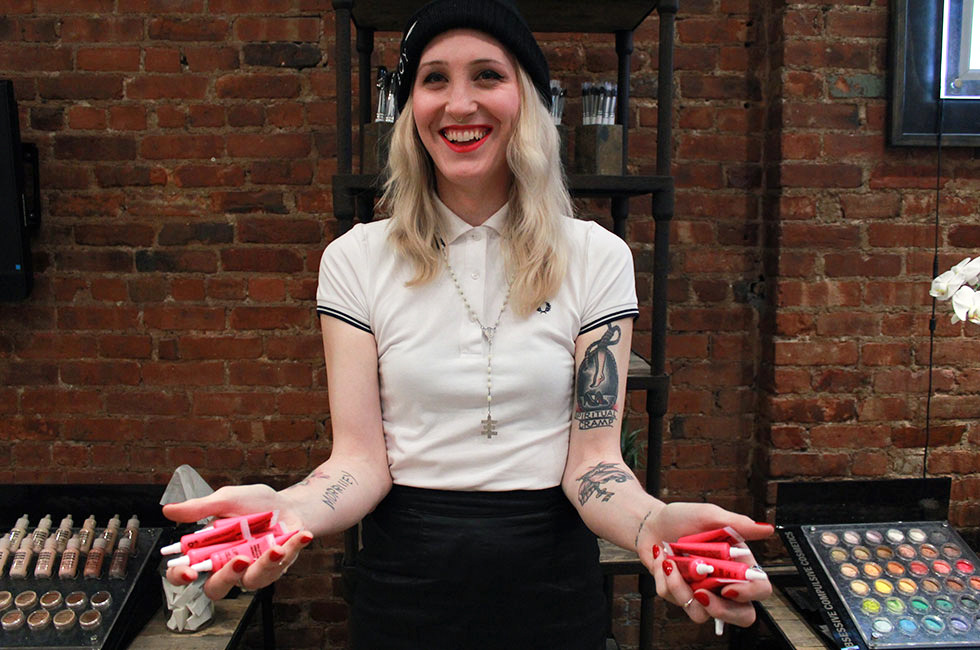 “I wanted to do a gender confirmation surgery fundraiser, but I didn’t know where to start,” says Hunt, who sat nibbling an oversized piece of vegan cake at a popular East Village cafe. Working in the city on and off since 2005, she has been living openly as a woman for over three years. “My main concern was that raising money for something like this might feel self indulgent. I didn’t know how to approach it without feeling like I was raising money for something that solely benefits me, when there are so many people in need of financial support for bigger issues. I wanted people to get something out of it as well.” 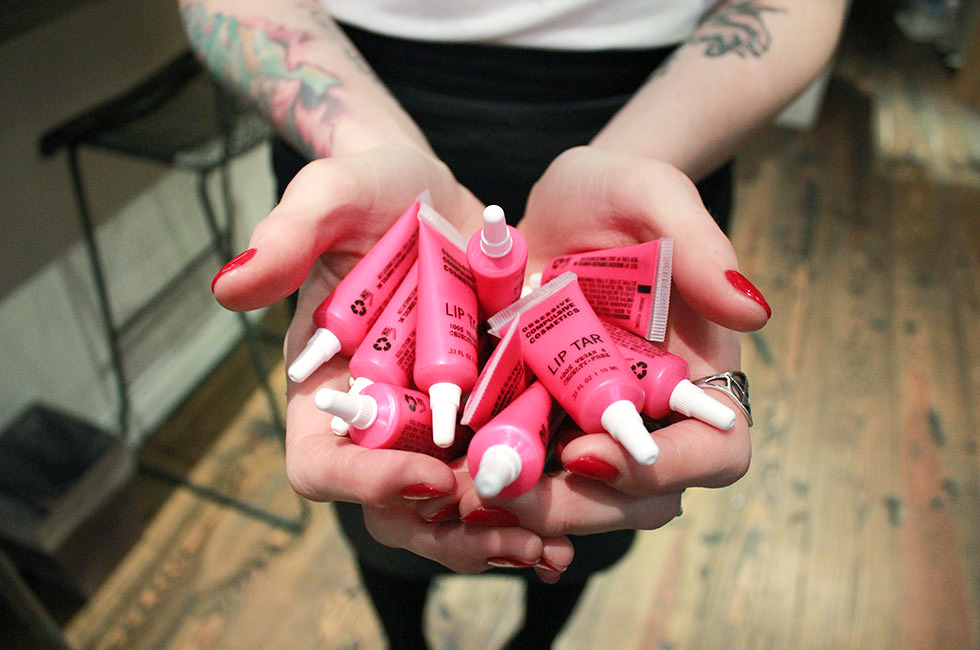 As it turns out, the answer to her problem was nestled snugly in her makeup bag. January, in cooperation with Obsessive Compulsive Cosmetics, has launched a limited edition Lip Tar in an electric bubblegum shade that she’s coined “January Rising”. “With surgery on the horizon, this is a turning point in my life,” she explains, wiping frosting from her perfectly polished blood red fingernails, “plus the name sounds badass!” She describes the bright pink shade as a mix between OCC’s popular Anime and Pretty Boy Lip Tars—somewhere between fuchsia and bubblegum. 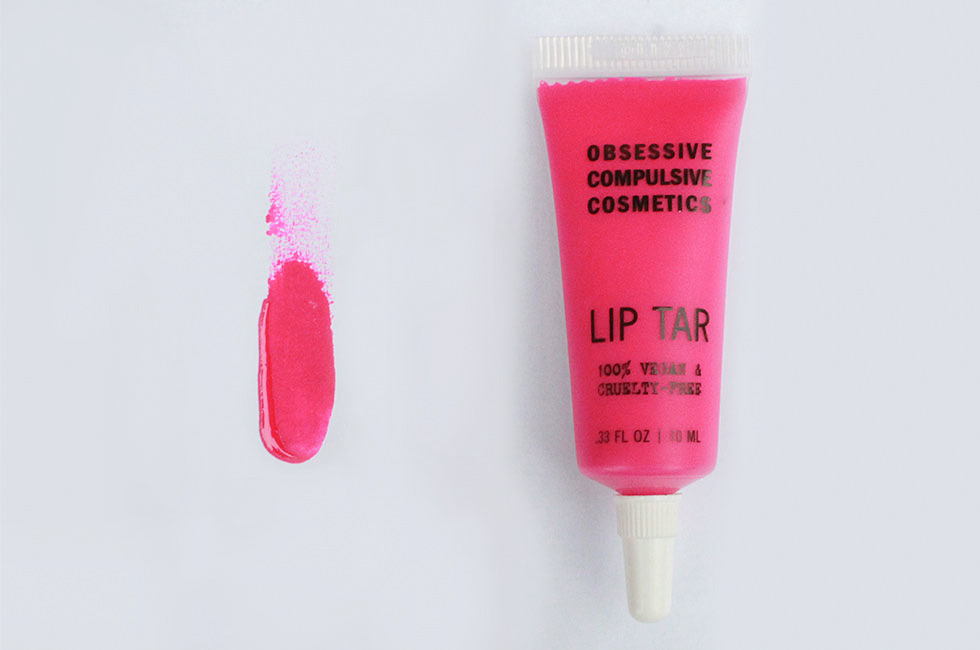 Though raising money is the motivation behind the new shade, January hopes that the Lip Tar will also help raise awareness of transphobia in our community. “Since I’ve come out as transgender, my life has changed exponentially. Suddenly, I’m going through life without the freedom to access everything that I want. It’s challenging. There are times that I can’t do simple things like use a public restroom because it might cause someone to commit violence. It’s a huge problem.” As the cafe fills with late afternoon coffee patrons, January relays several accounts of violence against trans people that have occurred on the east coast recently, “Someone got slashed in an NYC McDonalds. Another was attacked in a restaurant in Baltimore—both transgender women using women's bathrooms. You’ve got to be so hyper vigilant, it’s something that I used to take for granted as someone of male experience. It’s fascinating to go from that place of being coercively assigned ‘male’ at birth to a transsexual. Essentially the top of the totem pole to the bottom. It’s sobering, and in a lot of ways, it’s nice.” 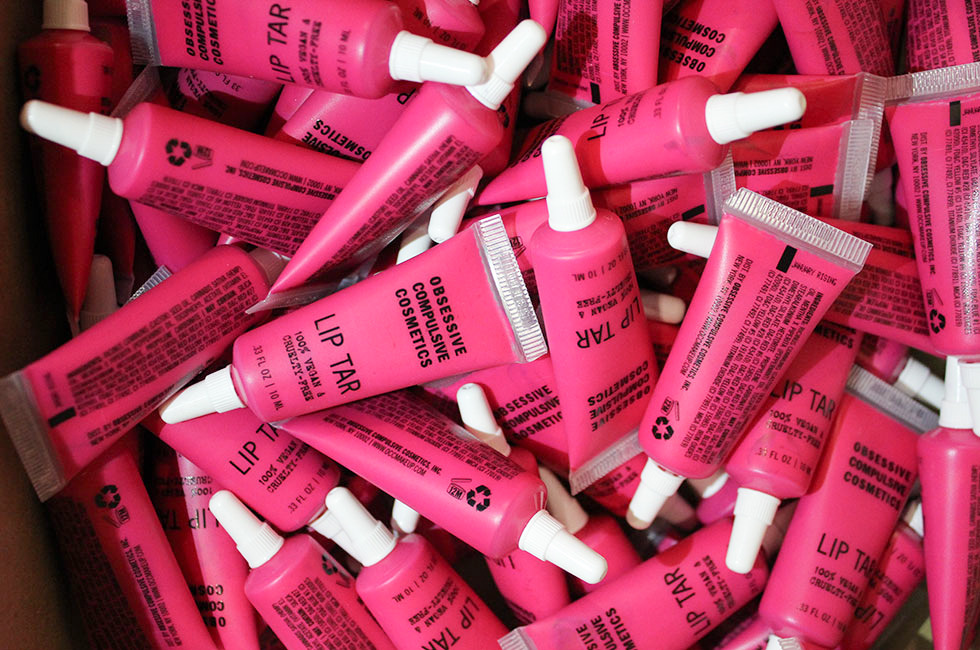 The limited edition Lip Tar will not be sold on the OCC website, but instead through their New York City storefront and online via januaryhunt.com, for $25 including shipping. “OCC is great ... producing a product with actual ethics in mind,” says January of the launch, “it’s nice to be part of that exciting growth and hopefully bring more trans awareness to the world through my cause.”