Rock This Look: The Mod Girl-Group Appeal of Lucius 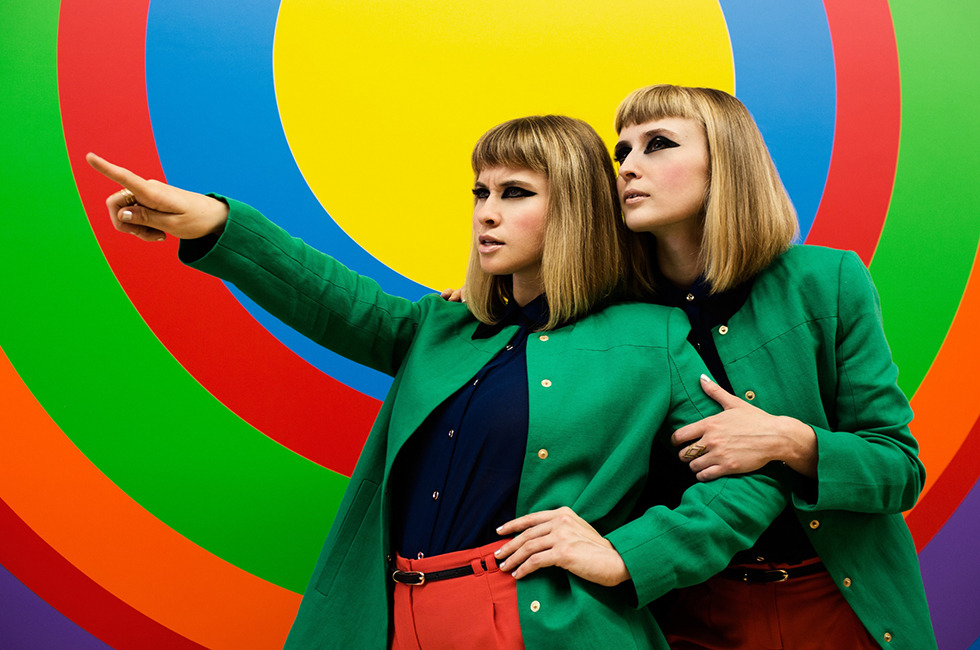 Don’t worry, you’re not seeing double. Jess Wolfe and Holly Laessig just look extremely similar (with their matching hair, makeup, and outfits), and that’s just the way they like it. The two friends and frontwomen behind Brooklyn act Lucius are determined to bring back the harmonized sound and choreographed visuals that ’60s girl groups were known for.

The idea for the band was hatched when the late-twenty-somethings met at Berklee College of Music nearly a decade ago. They met through their respective roommates, and an evening of wine and cheese turned into an all-night gab session about their favorite musicians like David Bowie, Sam Cooke, and Otis Redding—but it didn’t end there.

“The next morning, we decided to get together and start working on our female take on The Beatles’ White Album,” says Wolfe. “We never got around to completing that quest, but we did start writing our own music and never looked back.” Today the project finds the two (along with three male bandmates) touring the country supporting their debut album Wildewoman, which picked up rave reviews from NPR, Rolling Stone, and The New York Times. They are now looking forward to a SXSW blowout this spring.

Wolfe compares writing songs with Laessig to going to a slumber party, and it’s pretty clear these two have a lot of fun together. Especially when it comes time to picking out their signature matching stage wardrobe—a mix of mod-era vintage finds and Topshop and H &M staples. “We’ve always been really inspired by artists who incorporate strong visuals into their music and concerts,” says Wolfe, citing examples from the Supremes to Bjork. “As Lucius, we wanted to dress our sound, too. Nowadays, people get bored really easily so you need to give them something to look at to capture their attention. Plus, as a band, it helps when we’re able to suit up before a show—it feels like we’re transported.”

Picking out costumes isn’t as difficult as it might sound, since the duo shares a similar aesthetic, says Wolfe, who notes they always buy new pieces before a tour. “Since we began Lucius, we’ve amassed about 60 outfits. It’s our own little archive, and we hope to keep growing it.” Their go-to beauty look draws from the same mod influences as the wardrobe—heavy black eyeliner, pin-straight, hair, and nude lips. 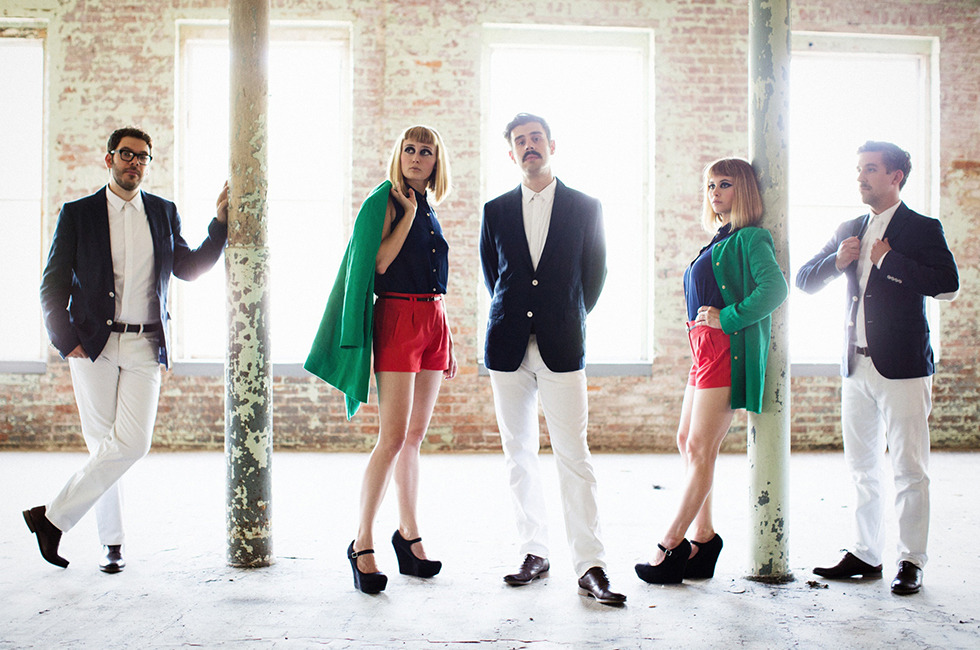 “We have exactly the same hair; we even go to the same hair stylist at the same time,” laughs Wolfe. Currently, the Lucius ladies both rock a long bob with angular bangs. The biggest reason for chopping off their longer locks is one we can all relate to: “We like not having to do much in terms of styling,” says Wolfe. That means often using dry shampoo to save time, and because it also gives a little hold and grip (Wolfe says hairspray doesn’t work with their texture). For conditioner, the two trust Wella products. “Both of us have oily hair, and because we sweat on stage, we condition every couple of days and skip leave-in products.” The pair’s other must-have? A flat iron to create crisp lines that suit their sharp cuts. “It’s one of our essential beauty tools.”

Wolf and Laessig have their application honed down to a five-minute routine—“We’re a lazy woman’s dream,” she says. Eyes are the feature they like to play up most, going for a really simple approach: no shadow, liquid liner drawn heavily around the whole eye (Stila’s is the go-to), and a few coats of Maybelline Great Lash Mascara in Blackest Black to finish. The three-step routine “keeps the look mod,” says Wolfe.

For face, there’s a little more to it, “We like Dr. Hauschka Cover Stick and a bit of Smashbox Photo Finish primer underneath makeup to set and prevent shine,” says Wolfe. Sometimes the two will apply a bit of NARS bronzer paired with a nude lip. In lieu of bronzer, they occasionally opt for a fiery cherry red lip. “Sephora Cream Lip Stain #1 is the best red lipstick I’ve ever found—it’s the perfect shade, and it never comes off, which is important if you get clumsy and sing right on the microphone sometimes,” says Wolfe. Don’t worry—although she and Laessig own a lot of the same makeup (“we have very similar complexions”), they each have their own liners and mascaras to keep it clean.

The other product the Lucius ladies stock up on are makeup remover wipes. “Since we both wear contacts, it’s important to get every trace of liner, mascara, etc. off before bed, in order to start fresh the next day,” explains Wolfe.