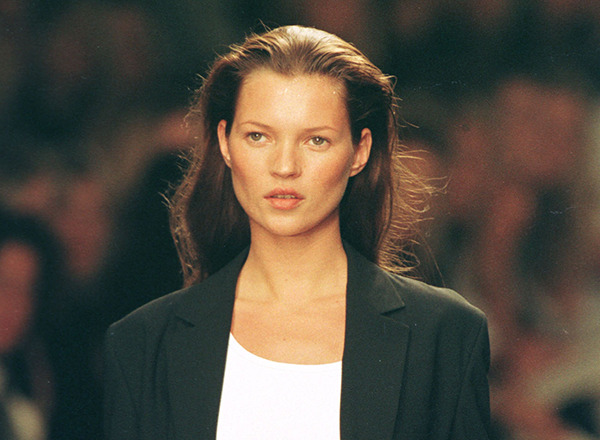 September 18, 1998: On the runway of the Calvin Klein Spring runway in New York City. Photo by Trevor Gillespie / Getty Images.

Kate Moss owns us, and she always has. Right? Consider this: she turned 40 in January. Most models stalking runways and starring in editorials are half her age. And yet, next to this cockney-adjacent, diminutive (in comparison), middle-aged mom, the top fashion goddesses of our time seem like…a gaggle of Girl Scouts. Cute, but benign. 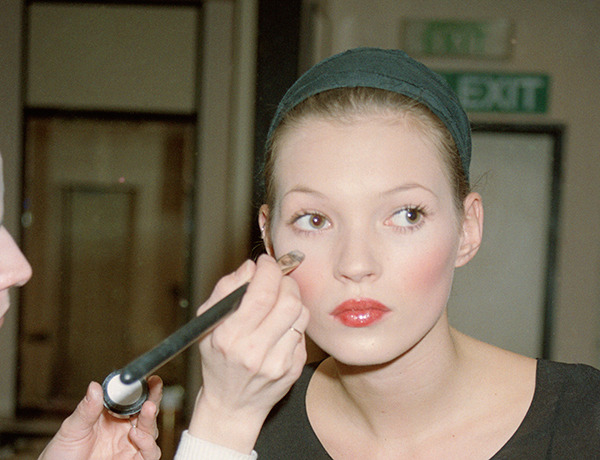 From the beginning, Kate was one of the beauties who ripped your heart out without really understanding why. When she stared out at us from i-D’s famous Corinne Day-photographed cover in 1990, we saw a young, freckle-faced kid with slightly crooked teeth (see Kate’s many i-D covers here). And in an era of perfect-featured (seriously, perfect) Supers like Linda, Cindy, Naomi, Christy, and Helena, this awkwardness quickly reset what we understood to be fierce. A few seasons later, she’d refined it, casually upstaging the glamazons with her louche, blank-faced glamour. So blank, that we could project all of our fashion fantasies onto her—glitzy chicness, vague seediness, a nihilistic decadence. Kate had a sexy quality that screamed in a different way than the Supers. They were bombshell-glossy, but she was naughty. “Set hotel rooms on fire with Johnny Depp” naughty. “Dip your toes into bad-boy oblivion with Pete Doherty” naughty. “Turn fashion inside out in a pair of Wellies and cutoffs so tiny they could pass for denim panties” naughty. “Throw a The Beautiful and Damned–themed birthday party that becomes legendary for its scandalous sexscapades” naughty. 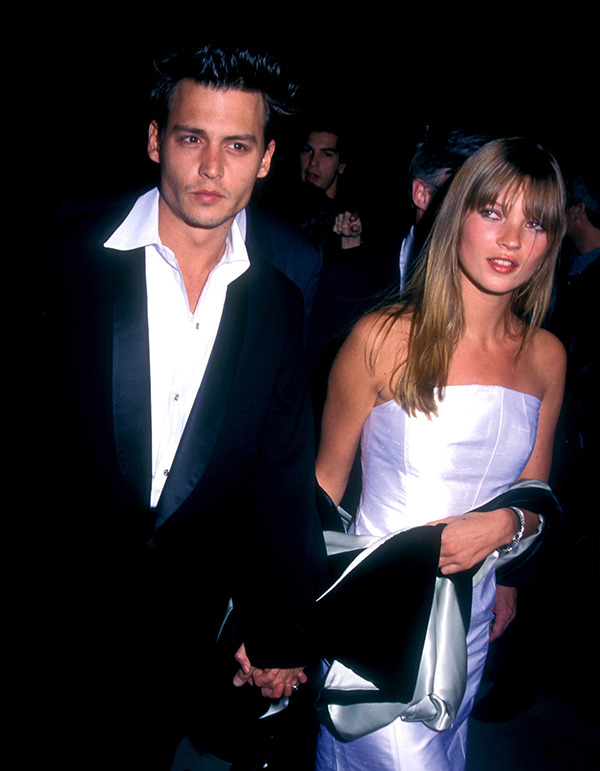 And she did it all without barely ever uttering a word (remember how fascinated you were to finally hear her voice in those Rimmel ads? “Get the London look!”).

Who knows, maybe if Kate was first breaking now, she might’ve ruined the mythology with drunken selfies on the beach (Rihanna), reality TV absurdity (Kim), or silly, misspelled tweets from club bathrooms (every model on Ford’s New Faces board). But that’s not even her style, is it? Kate was and is a mystery, like a silent film actress who can move mountains with the arch of her eyebrow. We love her, but hardly know her. We do know that she has a gorgeous mini-me daughter, Lyla Grace. And we know that she finally found true love with James Hince of The Kills. We know that, with seemingly zero effort, she’s the best-dressed woman in the world. Most importantly, we know that, two decades after she first slayed us with those cheekbones, she’s as bewitching as ever (cut to Playboy’s January/February cover, which Marc Jacobs commemorated with a T-shirt). She is style. Here’s to Kate the Great, the supermodel to end them all.

Tia Williams has been a beauty editor for 15 years, at publications like Elle, Glamour, Lucky, and Essence.com. Back in 2005, Tia created one of the first beauty blogs, Shake Your Beauty, where she wove her love of products through hilarious vignettes from her life as a beauty expert and mom living in Brooklyn. She’s also written several books, including the best-selling novel The Accidental Diva and supermodel Iman’s The Beauty of Color. Follow Tia on Twitter @shakeyourbeauty.