We still aren’t quite sure what to make of Rodarte’s Spring 2014 collection. It’s hard to describe, but we couldn’t stop returning to the looks! There were leopard print, menswear-inspired vests, asymmetrical skirts, tailored, slightly oversized blazers paired with midriff-baring tops and short skirts, and fringe fringe fringe. Looking at it altogether, we had a hard time determining whether the aesthetic was more ’80s punk or ’30s glam (with a touch of ’90s grunge). We thought of Madonna’s character in Dick Tracy, until we saw the plaid shirts and baseball caps.

We weren’t so far off. On their official Facebook page, the designers spelled out their take on the collection this way: “[It was] inspired by Los Angeles: Hair Metal Bands, the Sunset Strip, Rockabilly, Old Hollywood, and the 1980s.”

No matter how you interpret what the Mulleavy sisters sent down the runway, the playful mix of patterns and textures provided plenty of fodder for beauty inspiration. With that in mind, we took to the Beautylish community to round up some of our favorite nail art ideas that echo standout looks from the collection.

Black and White ... and Leopard! 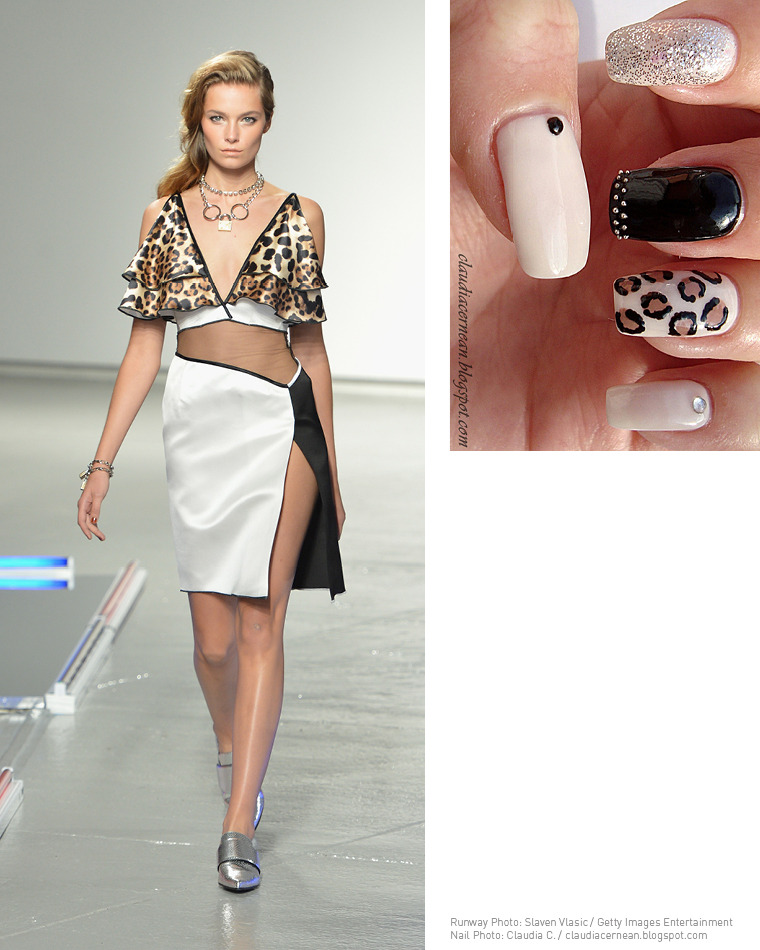 We love how Claudia C.'s mixed-medium mani feels cohesive despite all of the different elements. As in the ruffled top and skirt combo, leopard adds a little interest to chic black-and-white. 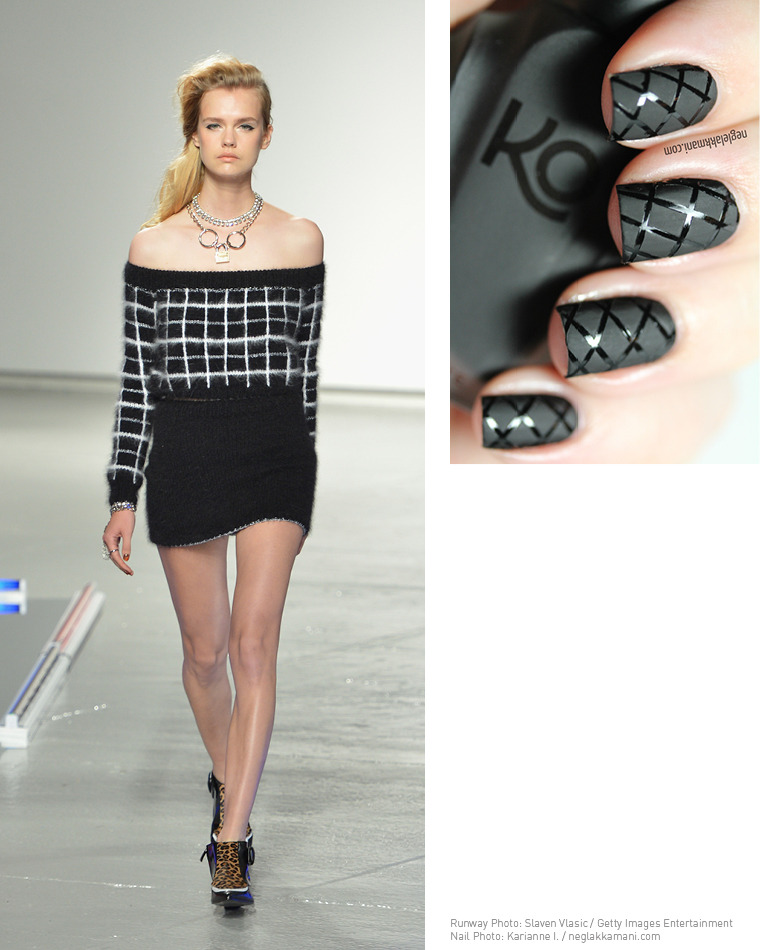 Paired with a black mini and given an off-the-shoulder silhouette, Rodarte's windowpane plaid sweater is a classic prep piece with a sophisticated twist. Similarly Karianne I.'s Matte and Shiny nails make a plaid print appropriate for evening. 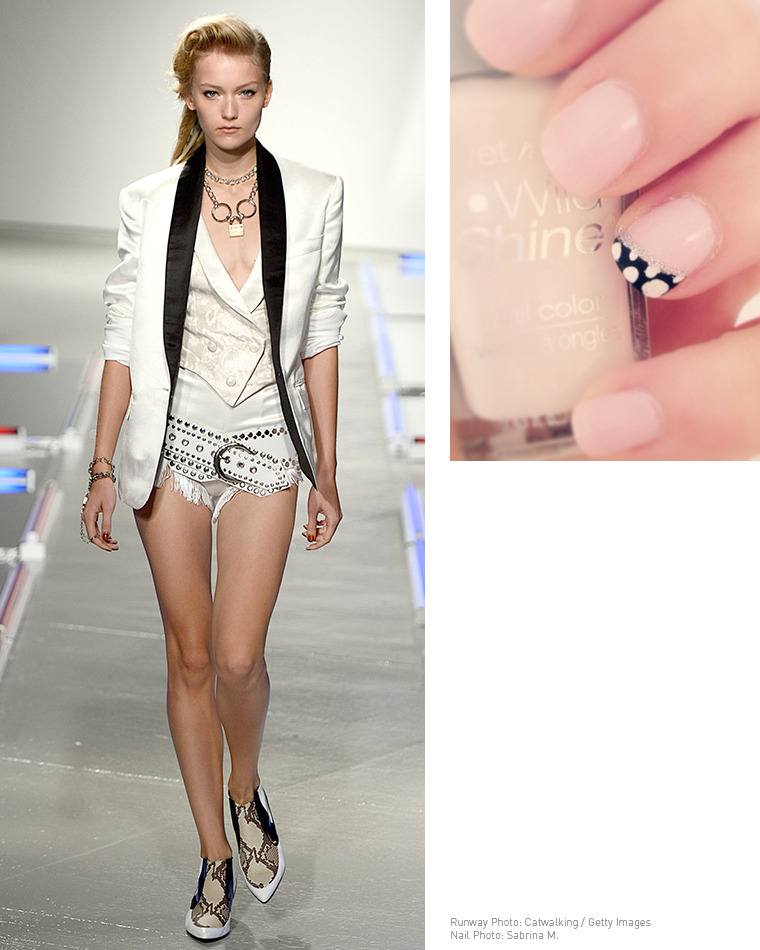 An all-white ensemble feels so fresh, but we like how the blazer's black lapel and studded belt toughened it up a bit. Sabrina M's barely-there blush-white look is almost pristine, save for the flash of texture one just one tip of one accent nail. Love!

Did the SS14 shows inspire any makeup looks for you? Show us in the comments!