Japan, the country known for creating some of the most unexpected and over-the-top beauty trends (3D nail art anyone?) has outdone itself yet again by making the snaggletooth a “thing.”

The trend is officially called Tsuke-Yaeba, or “canine teeth”—fake teeth that are glued on top of the patient’s real cuspids, resulting in a pre-orthodontic, crooked appearance. Applied at dental offices specializing in cosmetic enhancement, these artificial fangs are meant to evoke a cute and youthful appearance.

The procedure, which costs upwards of $300, has been turning a lot of heads—most notably, of men who favor the look for its childlike qualities. While looking young seems to be an everlasting beauty standard, there’s another theory about why this look is considered fetching. Basically, it’s the same idea as nerdy glasses or a gap tooth making someone more attractive—that a “flaw” can make a person more approachable, and less intimidating. Tsuke yaeba is obviously taking that to a new level. What if we all embraced our features as they are, without spending a bunch of money to remove (or add!) “flaws”? If embracing ourselves as we are is the next big thing in beauty, we’re certainly not opposed to the idea!

Think it couldn’t get any weirder? Think again! The competition between dental offices offering tsuke-yaeba has become so fierce, one dental salon, PureCure, has gone so far as to produce a tsuke-yaeba girl pop band going by the name of TYB48 (psst! The TYB stands for tsuke-yaeba) to promote the clinic’s services. The dentist-backed girl group released their first CD last year entitled “Mind If I Bite?” 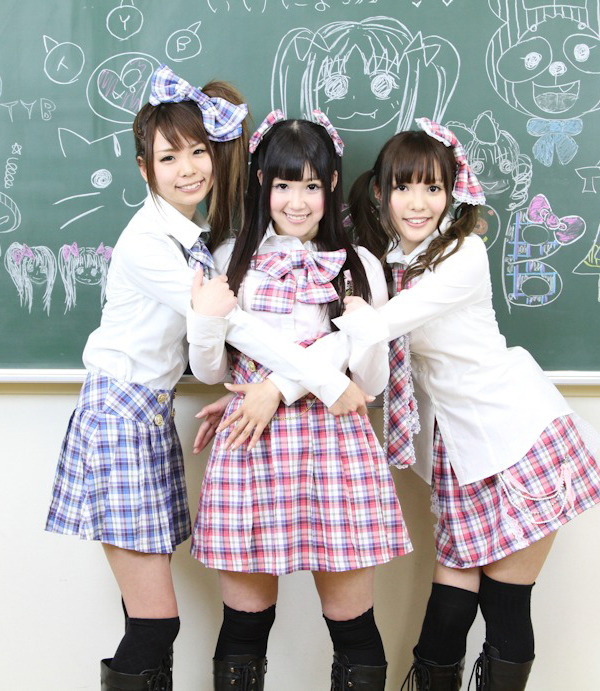 The faux teeth are offered as both temporary and permanent enhancements. How long before these trendy snaggle fangs make their way west?