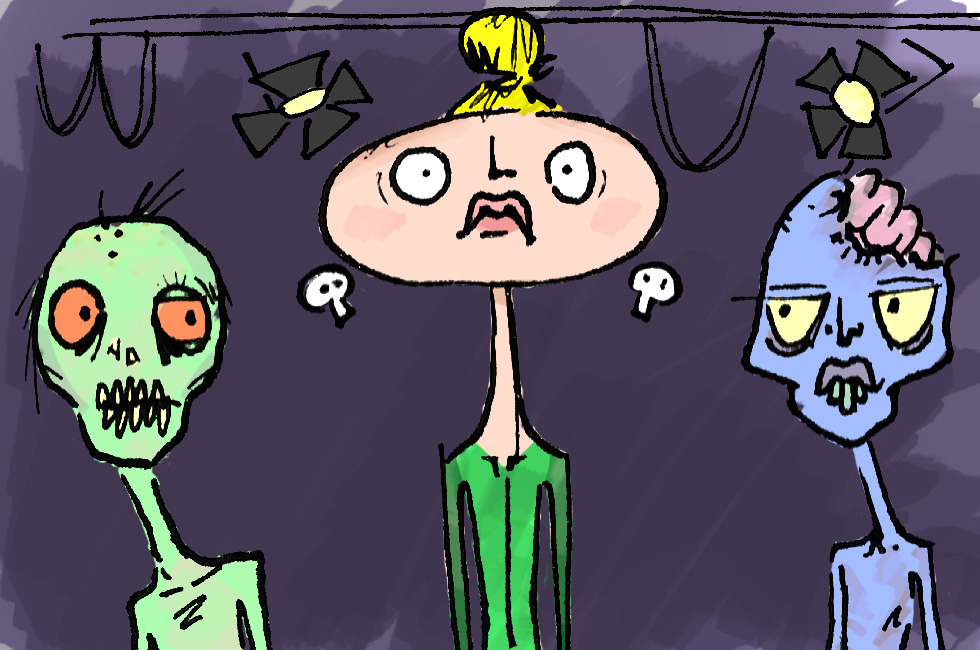 About 10 years ago, when I was very early into my career as a makeup artist, a friend had asked me to work on a small photo shoot for a production company that was looking for “simple zombie makeup.” At first, part of me was hesitant because here I was, this young girl who had just moved to New York to kick-start my career, and I had no formal training yet in special effects. The other part of me was like, “I can totally do this, it's simple zombie makeup!" Back then, YouTube wasn't really an option for looking up quick tutorials, so I just decided to "wing it.” Big mistake.

I showed up to the shoot a little nervous because it was my first time on this type of job. My strategy for the so-called simple zombie look was basically: let’s make the model appear pale and creepy using only makeup application—not FX. I could not have been more wrong in my approach. When I got to the set, I learned the look the company wanted consisted of concealed brows and lots of latex to create cuts, burns, and bruises. You know, all that good stuff that today, you see every week on one of my favorite shows, The Walking Dead. For which I had very little to no training.

I did the best I could. I certainly did not create the zombie they were expecting, and there was no way I could have. Special effects makeup is not something an artist can just "figure out on set”—it requires proper training. I had no choice but to explain the situation to the client. He was very confused as to why I was even booked for the gig, but he was professional and asked what he could do to help make the situation work. I was honest and explained that I was not given clear direction on the concept from the beginning, nor did I inquire about it. The makeup ended up turning out decent, but looked amateurish. The shoot went on, even though the makeup wasn't exactly what they wanted. But when we all put our heads together, we made it work.

This was a huge learning experience for me as a young MUA, because had I known what the job actually required, I would have declined and recommended someone else who was knowledgeable in the craft of FX. I learned it's crucial as a makeup artist to always clarify with the photographer, art director, and everyone else on the client side in order to get clear, concise direction prior to showing up to work. By doing this, you’ll have the opportunity to do research, practice, and devise a plan of action. No one wants to deal with a makeup artist who lacks confidence or doesn't know what he or she is doing on set, or even worse, someone who takes up hours of valuable time from the team.

As told by Misha Shahzada, makeup artist for ArtmixBeauty.