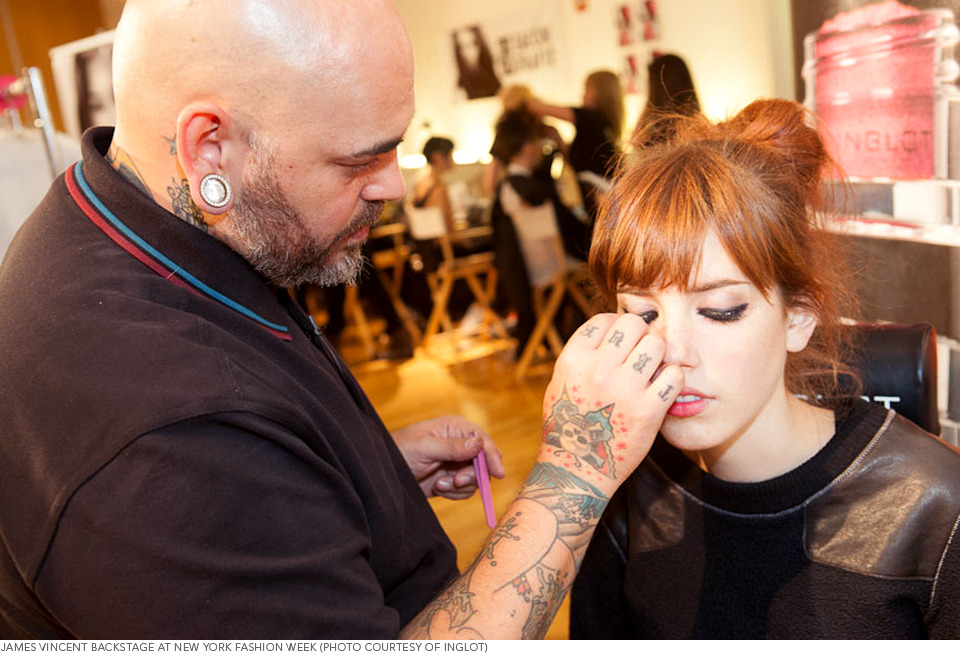 James Vincent is many things. A makeup artist, yes, but the list goes on. James is a teacher, a director, a designer, and a visionary. He’s an organizer, a community builder, and a caregiver. He’s a lover, a dreamer, and boy is he ever a talker! James Vincent is not only one of the most successful makeup artists working today, he is also by far one of the sweetest. The value James places on teaching and giving back to the makeup world proves kindness counts, even in the cutthroat world of cosmetics. Never mind what you think you know—let James Vincent give you a piece of honest advice.

B: You just finished with New York Fashion Week. How was the experience?

I did twelve shows, so it was a little crazy. My major project was Style 360, a showcase of collections by emerging designers with sponsors including Elle magazine. I had to say no to a handful of other shows including Make Up For Ever, but I’m really glad I did it. The Makeup Show sponsored me so the whole experience had a nice, family kind of feel. After doing fashion week for 15 years it was a really good exercise in something a little different.

B: Can you share your favorite runway makeup design from this season?

I really loved two of the looks. One was for Boy Meets Girl, inspired by Joan Baez. I think Joan was a very important beauty icon. As an activist, a folk musician, and as a Latin woman she really changed the thought process around the way that women wore makeup in the '60s. The counterculture movement she represented allowed for that diversity in magazines, and I just think the result was a really beautiful look. There’s a strength and femininity to Boy Meets Girl, and I thought the Baez inspiration was just great.

I also keyed a separate show for Kevyn Aucoin with Suzanne Rae where the look was inspired by Japanese minimalism. We whited out the brows and the eye area, and cancelled out the features using Kevyn Aucoin’s Sensual Skin Enhancer. Then we pulled this really bright orange across the face, making everything look really broad and exposed to the elements. Kevyn Aucoin is very good to me, and I’m honored to be the first artist really represented by the brand at Fashion Week since Kevyn passed away. When a brand like Make Up For Ever, Inglot, or Kevyn Aucoin asks me to represent them I’m so appreciative because I know how many other artists out there would love to be doing that type of work. 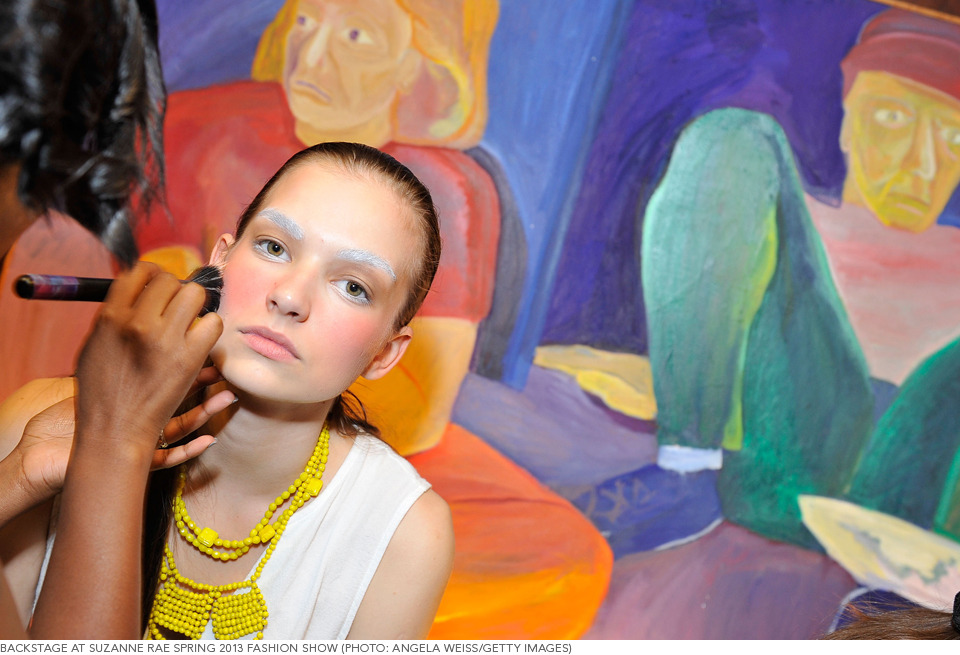 B: How long have you been with The Makeup Show?

I’ve been with them since the beginning, so that’s seven years now. [Makeup Show founder] Shelly Taggar originally brought me on to oversee the education work with them on the seminars. At this point I’ve been the director of education and artist relations for about six years and it’s my favorite thing that I do. Outside of The Makeup Show I work with celebrities, do fashion shows and shoots, and music videos, but the passion I have for The Makeup Show—the community building and the opportunities for artists of all skill levels—really overshadows everything else.

B: What has been your favorite part of The Makeup Show in Berlin so far?

I think the artists here are so well trained. I’m seeing work from first year students that’s often comparable to what established artists are doing. Seeing and meeting these makeup artists—some of them who grew up on the other side of the wall in communism, and now have managed to make a career in such a tough industry—that to me is so inspiring.
Berlin is just a really exciting city. There’s so much makeup and hair talent in Germany. Most people still think of London, Paris, or New York when they think of fashion, and I think it’s so important to show Berlin as an up-and-coming fashion capital. It’s young, fun, and inexpensive to travel to. 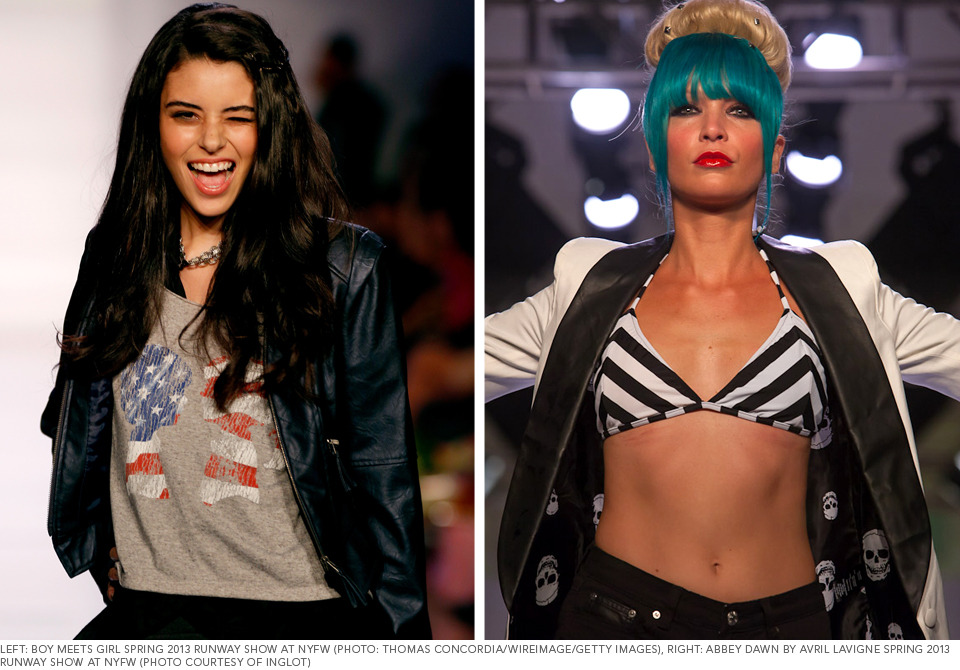 B: You have an amazing reputation as a teacher and a mentor in the makeup industry. What makes you so eager to share your knowledge with others?

I have a degree and a background in social work, so I think I come from an industry that is all about sharing information and mentoring. In the makeup industry I’ve had huge mentors. Linda Cantello is a great friend to me and has given me so many opportunities. Sharon Gault has brought me on board huge projects like keying videos for Florence and The Machine and Lady Gaga. Billy B has brought me on for so much as well. For me, it’s about sharing, passing along opportunities, and giving back. The thing I love about mentoring and apprenticeships is that you not only learn the technical skills, you also learn the integrity, the traditions, and the etiquette. I think maintaining your history is important for any growing industry.

B: Is there one mentor who really sticks out?

Maurice Stein who owns Cinema Secrets is a huge mentor to me. He was the first person to ever sign on with The Makeup Show as a keynote speaker as well as a brand. This is a man who has done makeup for 50 years. He’s done everything from Planet of the Apes to The Golden Girls. It’s incredible that he always makes time to be a part of my show, and to teach and share information with me. When you have people like that in your life, you want to pass on that energy to others.

B: How do you juggle traveling with The Makeup Show with all your shoots and fashion shows?

For me, it’s very much about balance, and I’m very lucky that I have a great support system. I think that is so essential for makeup artists because in the end, our work is care giving. I can run as much as I do because I’ve got people that are able to look at the details when I can’t. This way I can look at my calendar and say “Okay, I’m Berlin. When I get back from this I’m keying an event for Glossy Box. Then the next few weekends I do an event with The Powder Group and Make Up For Ever. After that I’m going to Moscow and Tel Aviv for Inglot, and then to Orlando for The Makeup Show...” 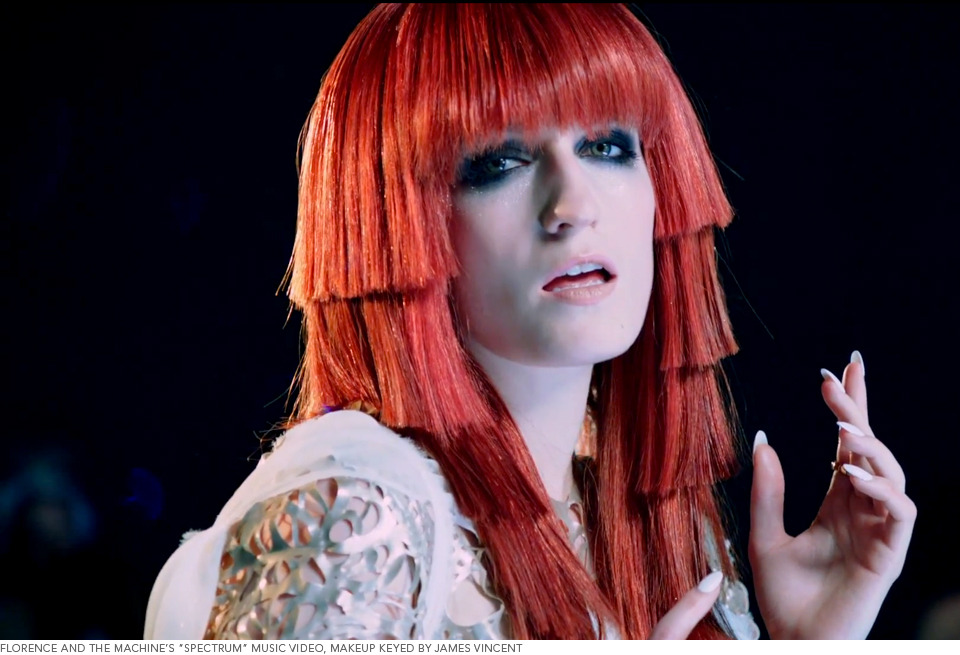 B: You have such a busy schedule!

It’s all about balance so I can be sure to bring my best to everything that I do. The world has changed so much. When I started doing makeup there weren’t cell phones, and when you left your house or your office, no one could get in touch with you. You had the weekend off because people weren’t working on the weekends. You couldn’t get a hold of them. Nowadays people are angry with me because I haven’t responded to a Facebook message, when I probably get 300 messages a day! I think technology has allowed for us to work more, which is great, but you have got to know when to step back and balance yourself. I can’t be at my best if I’m not taking time to breathe.

B: You have a hand in so many projects. Do you have any advice for all the aspiring makeup artists on Beautylish?

It’s important to focus on your own success. Am I ever going to be a Billy B? I don’t think so. In my career, the goal is just to have my own back. I look at someone like Billy and say “Wow, he is so inspirational to me,” but I know we have very different paths. I like to do television. I like to do theater and music. I like to teach. I would like to remind artists to find their own path, and to not compare themselves to others because I think that’s the downfall of a lot of makeup artists. They think success is only getting the cover of Vogue, when in reality, success may be becoming the best bridal makeup artist in Kalamazoo, Michigan, or being the best worker at the Chanel counter at Macy’s. So many people get caught up in thinking there’s only one way to be successful, but I think what this industry allows is for everyone to have their own individual path, and that’s very important. So my advice to balance it out is don’t compare, and learn as much as you can. Surround yourself with accomplished people, and really just breathe through it. Be honest, have integrity, and above all create beautiful makeup. 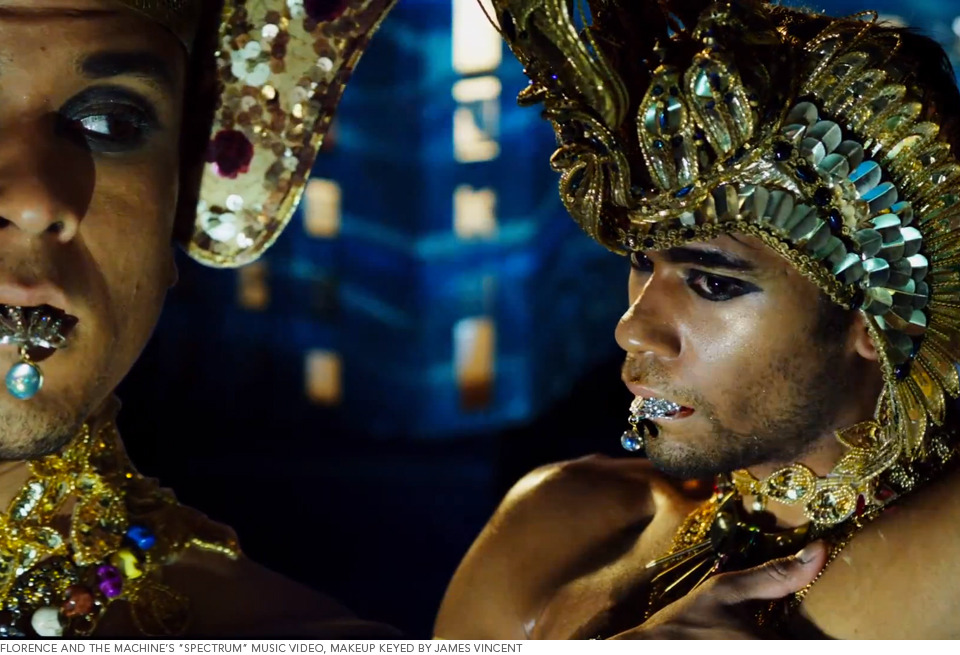