Finding Your Confidence on Camera 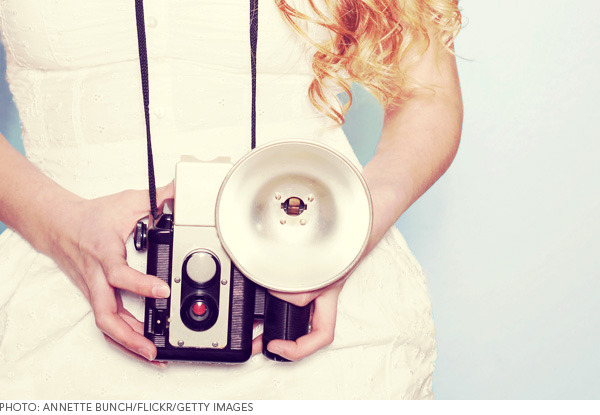 Speaking with confidence and charisma on camera can seem like a cakewalk to some, but it takes more behind the scenes prep than you think. Even pros have a difficult time delivering information in a small time frame or mastering their lines with ease. “You’re talking to a​ camera, not the camera, and there is no audience to make you feel nervous as if you’re on stage,” notes Hollywood choreographer and performance coach JoAnn Jansen, who has mentored cast and crew for films such as Pirates of the Caribbean: The Curse of the Black Pearl, Take the Lead, and Fear and Loathing in Las Vegas. Blockbuster production or beauty vlog, being in front of a lens requires comfort, courage, and character.

Before you press play, determine what kind of persona you want to present and how you will showcase it. Jansen says to think of the camera as a piece of glass with a personality. Perform with the camera and not to the camera, and speak with it as if you’re talking to your closest friend. Jansen suggests these exercises to help relax and prepare yourself for recording:

To film well, you have to look at yourself objectively. Before you record, put your nose up to a mirror and stare at your reflection for five minutes—look deep inside. Look at all your strengths and flaws, and take yourself in.

Practice speaking in front of the self mirror; be self-observant. Limit facial expressions unless they are genuine and meaningful to you. Your eyes connect you to the viewer, and the more distractions there are, the less information they’ll take in. They’re more likely to close the window on your video from touching your hair too much, blinking excessively, and fidgeting.

Film yourself, watch the clip, and see if you’re happy at the end. If you find imperfections, record it again and be mindful of the mistakes you’re making. “In the end, you’ve gotta work at it,” says Jansen. “For me, coaching is rehearsing, and the more you put into it, the better you’ll be at it.”