We've seen Halloween costume and makeup tutorials go far out, but nothing quite compares to Kandee Johnson's recent Gangnam gorgeousness! The YouTube makeup maven and blogger recently took to the sensational Korean single and recreated her own version of the viral pop number—"Kang-nam style!" With the help of her adorable family members (spot her little Ellie below!) and decked in singer Psy's signature suits and slicked locks, we decided to get a little more info on how Kandee filmed her most hilarious video to date, and the makeup look behind the shades.

B: What inspired you to create a Gangnam Style-inspired video?

When I finally saw [Psy's] video, I thought it was so fun and funny—two things I love. I thought this would make such a great tutorial for a costume look! It's definitely a 'look'—actually, the whole video has a few looks that are so fun. The yellow guy at the end is just hilarious! 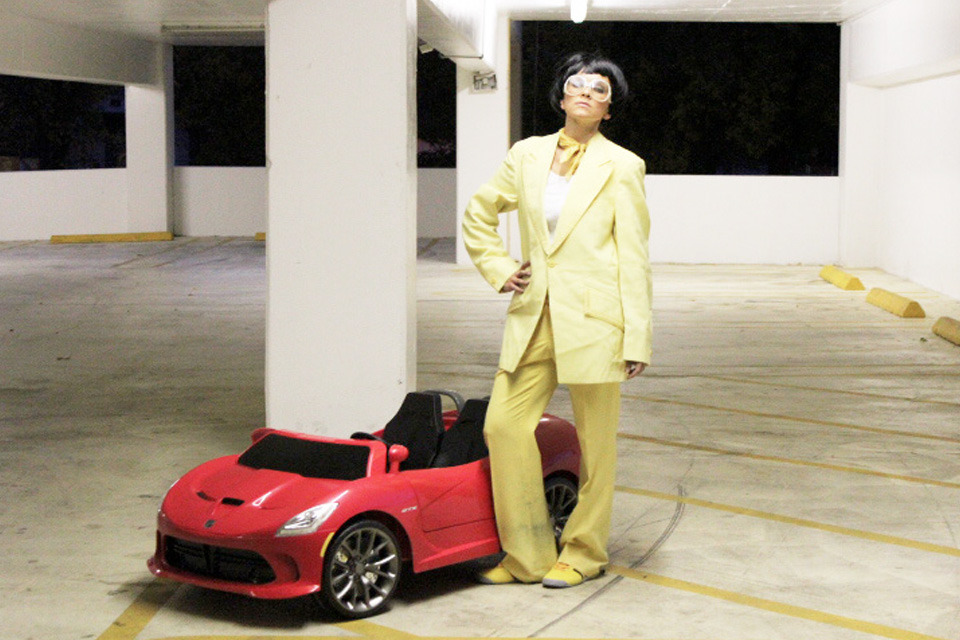 B: Best part of filming?

The dancing part! Out in public, on the street, in front of other people—it was hilarious! When we filmed in the horse barn, people were there riding their horses and I didn't want them to see me. I kept thinking, oh just hurry and ride your horses away from the barn! 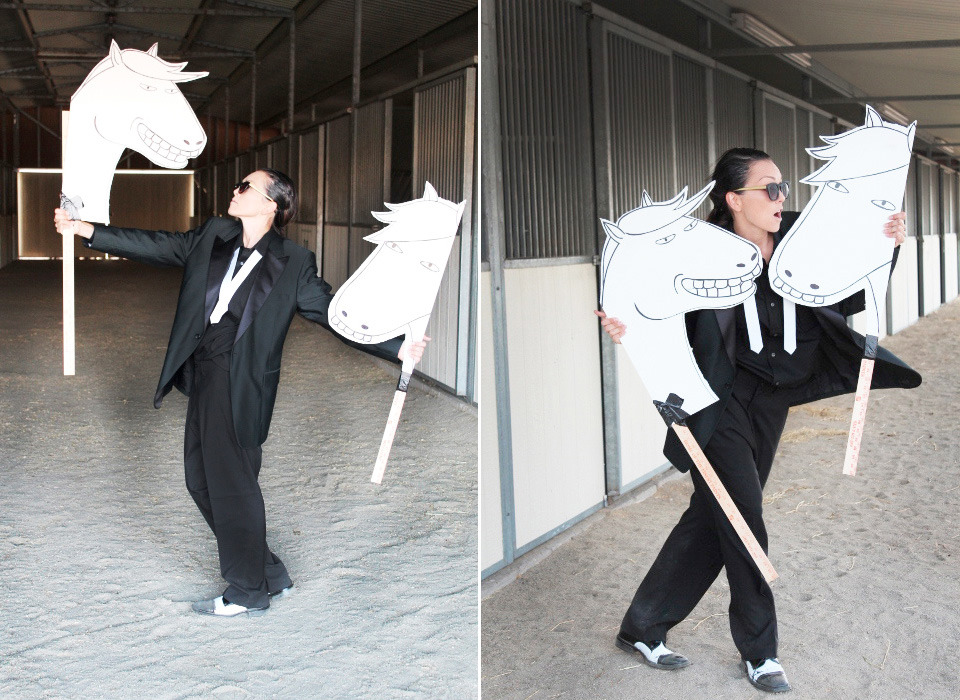 B: The costumes are pretty spot on. How did you find all of your materials, including that awesome mushroom cut wig?

I tried! I found some of the jackets at thrift/vintage stores. I even found a place online that made and sells the Gangnam costume jacket. I painted or DIY'ed  the rest of the accessories and cut the wig into that mushroom style, which I show in the 'How to Look Gangnam' video.

B: Psy actually has amazing skin in the original video—since the eyes are covered, what direction did you take for the makeup?

His skin is like every girl's dream—clear, dewy, and pretty perfect! I just wanted the skin to look perfectly even. No redness at all, just one flawless and even color all over the face. His eyebrows are really light, so I put a little concealer to cover them. I had to jazz it up underneath his classic "Gangnam shades" even if no one would see, so I did a black winged liner that would look pretty nice with those spectator shoes he wears! 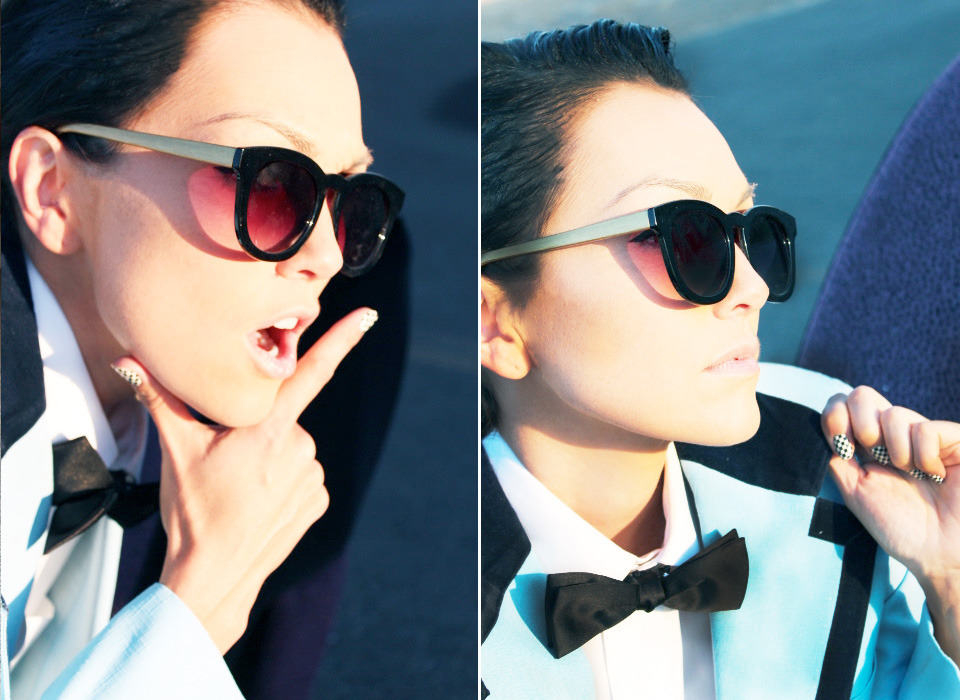 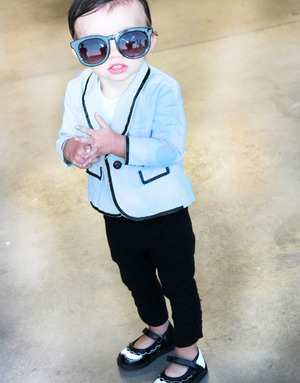 B: The lip color looks awesome, too.

Ha—I am a nude lipstick fan through and through, but I didn't want my lips to look like I had 'girl makeup' on. So I just put on some concealer and lip balm!

B: We look forward to all of your creative Halloween tutorials every October—what can we expect next in the next few weeks?

That's the hard part. I've done so many looks now that people just request looks I've already created: a 1920s flapper, Betty Boop, Snow White, or even Flo the Progressive lady! I don't like some of my older videos anymore, so I was thinking of re-uploading them now that my editing skills are better. My all-time favorite videos are "The Queen of Hearts" or the "Kang-nam Style" parody.

B: When October 31st finally rolls around, how are you dressing up for the big night?

The funniest part is that when October 31st finally rolls around, I never go out! I wish I had costume parties to go to the nights that I film my videos. They look so fun!