From Fiction to FX: The Abarat Comes to Life with Makeup! 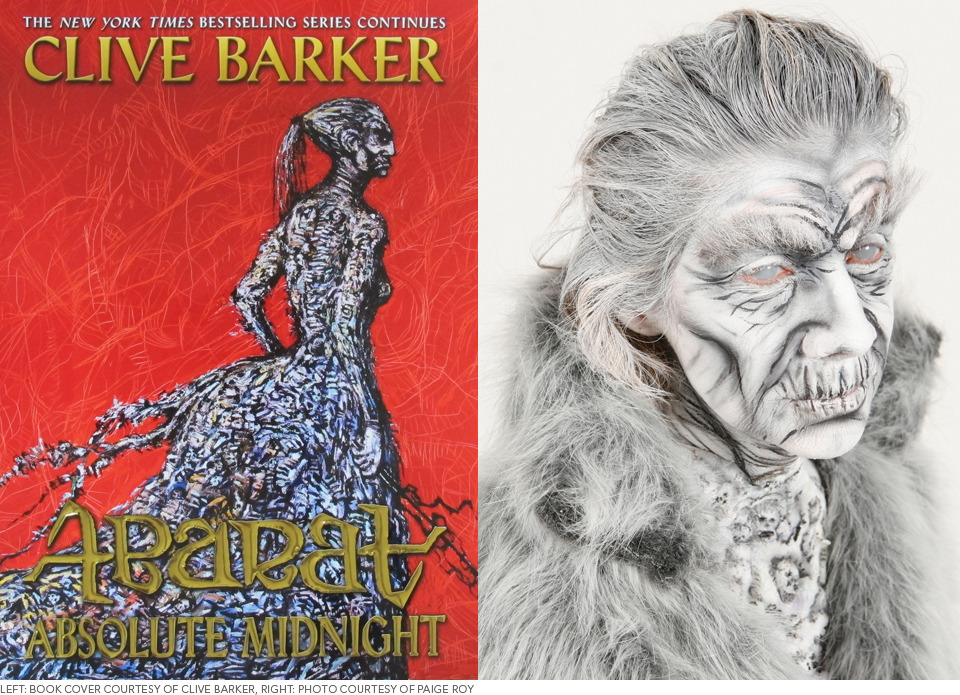 Talk about character creation. When we came across Beautylish member and special effects makeup artist Paige Roy’s withered, ghostly sorceress, we had to know more. Who was this creature? How did she become this way? What’s with the sculpted faces on her chest?

We’ve come to discover the character is from Clive Barker’s cult-adored fantasy series Abarat, a world where good, evil, magic, and mayhem abound. Leaf through the pages and you’ll discover countless illustrations drawn by the author himself (example above, left). A devout fan of the series, Paige challenged herself to translate Clive’s 2D drawings into a living, breathing creature for a course at Blanche Macdonald's makeup school. The results are, well, ghastly. She let us in on the intensive process and the surprising tricks up her sleeve.

B: Tell us a little about the series.

The Abarat is a land where there are 25 islands, one for every hour of the day plus another magical 25th hour. Every hour has different types of people and attractions, and they are all separated by the sea Isabella.

B: And the evil character, Mater Motley—what world does she live in?

Mater Motley is the grandmother of sorcerer Christopher Carrion. They are the last surviving members of the Carrion family and live on the island of Midnight, an hour full of evil and fear—something she thrives on. She spends every waking minute making her stitchlings, which are beings she sews together and fills with a magic mud that animates them.

She is extremely old and scarred from many battles, and wears a dress of shrunken skins from her victims. I'm sure she doesn't remember how to smile.

B: Clive Barker has drawn many paintings of Mater—how did you interpret his sketches into a real life character makeup?

This really was a project to pay homage to this author and his creations. I made sure to print as many pictures of her and read any passage regarding her appearance. To transform my model, I enlarged the forehead and created wrinkles, built up the nose, and got some crazy eye brows going. I started with a latex aging on the face, minus the forehead which is where I built up some large wrinkles using cotton and liquid latex. I then made the nose larger using 3rd Degree and sealed it. I airbrushed the face and chest piece.

I sculpted the chest piece with clay, then made a mold and baked it to harden. After, I poured in some liquid latex and let it dry. Contacts also play a huge part in making the character real. I laid on some eye brows and colored the hair as some of my finishing touches. 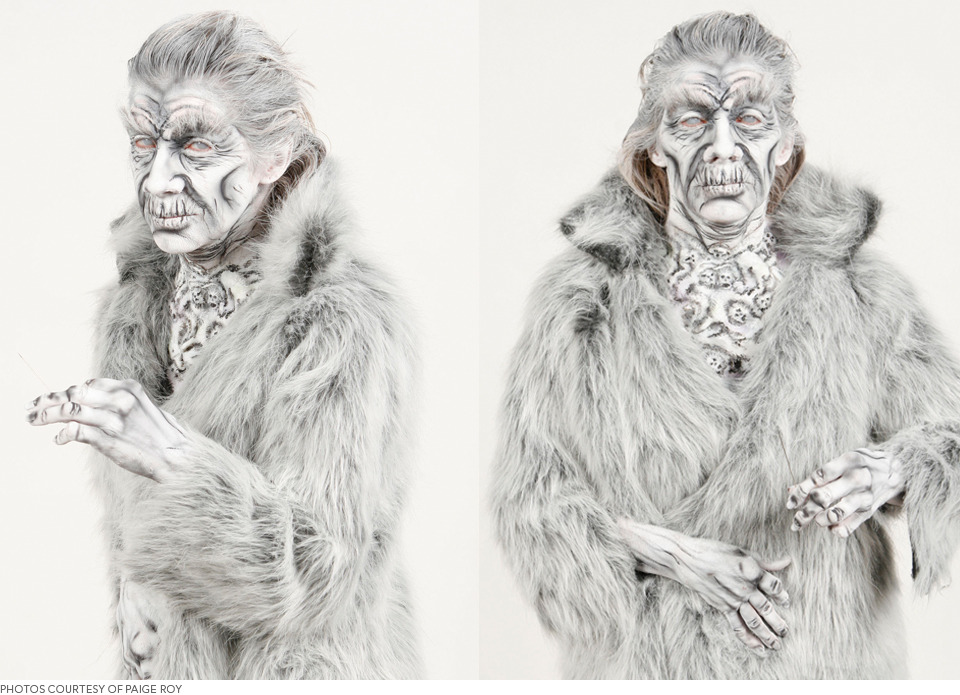 B: When studying a character, what's the most important thing to consider when translating it into real life?

To make a character come to life, you have to know everything about them. Do your background research. If it's a character from a book, read all of them! Always keep out tons of reference pictures—you can never have enough. I had many pictures of wrinkled skin, scars, and eye brows. I hate when they translate books into movies and important nuances from the characters get changed to the extent that it doesn't do justice to the story. It's my biggest pet peeve!

Pull out the most important physical features of the character, then figure the best way to bring them to life. Remember to include the character's personality as well. If your character is a very old woman, you know you need wrinkles, but consider where to concentrate them. Is she always frowning or pursing her lips—creating a lifetime of frown muscles—or would she have beautiful laugh lines around her eyes? Little things like that pull it all together.

B: Who was your model?

A big shout out to my model—my mom! She sat for me for five hours during the exam and stayed up the night before making the fur coat she wore for me. Also, she couldn't see anything through the contacts she had on and I had to guide her around—it was hilarious. I have heard a lot of stories from people with unsupportive parents at my school and it really makes me thankful for mine who always believe in me.