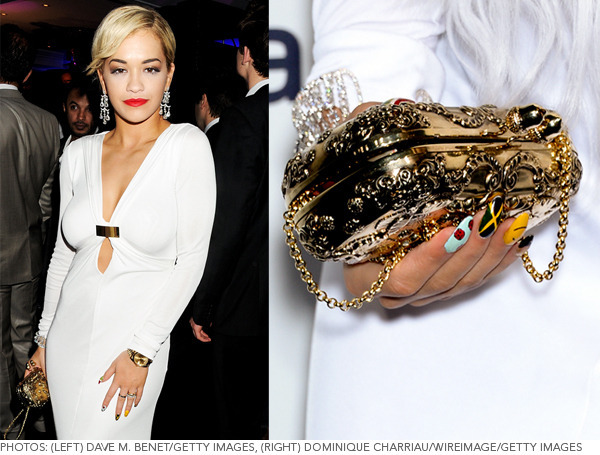 She’s been named the next big thing in the hip hop and R &B industry, (Jay-Z has taken her under his wing!) but it’s not Rita Ora’s musical accolades that impressed us at first. Spotted at Cannes film festival, Rita was rocking our favorite kind of beauty statement—bangin’ nails. Each stiletto-shaped tip was covered in a different design—one hand sported a Jamaican flag, watermelons, ladybugs, a smiley face, and a sparkly gel manicure. The sultry singer already displays some fierce fashion sense in her video clips (check out her latest with Tinie Tempah, R.I.P) and is often seen wearing her signature red lip. Rita—we’ve got our eyes on you!