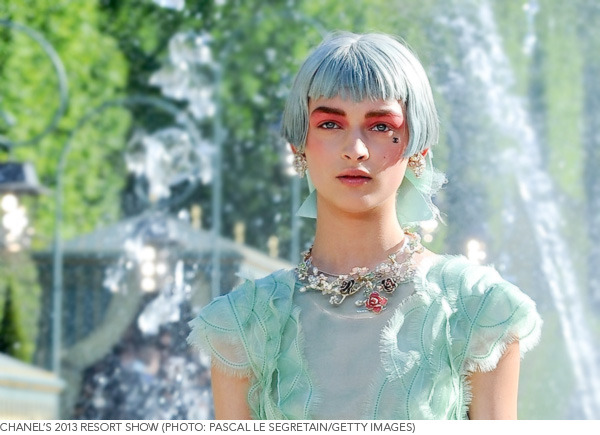 Take a dollop of Marie Antoinette, a splash of '90s teenage grunge, and some gangsta-cool female rockers and you have Chanel's 2013 Resort Show. Set in the gardens of Versailles (the historic palace in Paris where Marie Antoinette once lived), Karl Lagerfeld’s 2013 resort collection for Chanel wasn't just a plethora of fashion perfection, he made some pretty serious beauty statements too. From powdered pageboy wigs in shades of candy pink, sky blue and mint green to a rosy, pink eye shadow that extended up the the brow, models looked like a cross between the extravagant queen (we're still obsessed with Sofia Coppola's polychromatic, gilded film), and a little girl that had played in her mother’s makeup. "The makeup is inspired by the theme of the collection, Versailles,” shared Creative Director of Chanel Makeup Peter Philips. “It's a 'pink' makeup look, between girly and rebel. I topped the makeup off by placing a black velvet Chanel logo as a beauty spot on either the left or right side of the face—high on the cheekbones, under the eye. As models strode down the pebbled paths to sounds of M.I.A.’s Live Fast, Die Young, we couldn’t help but want to be one of the Chanel girls. 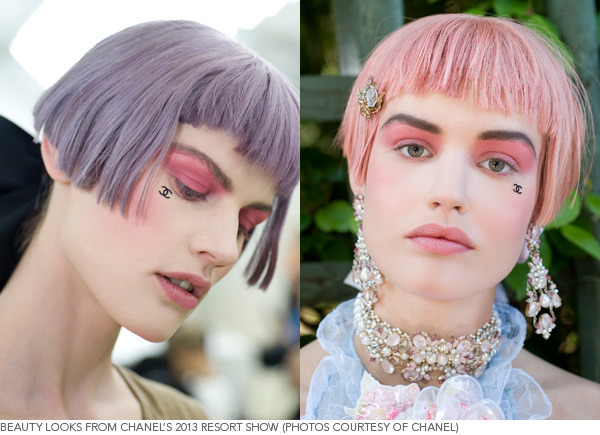 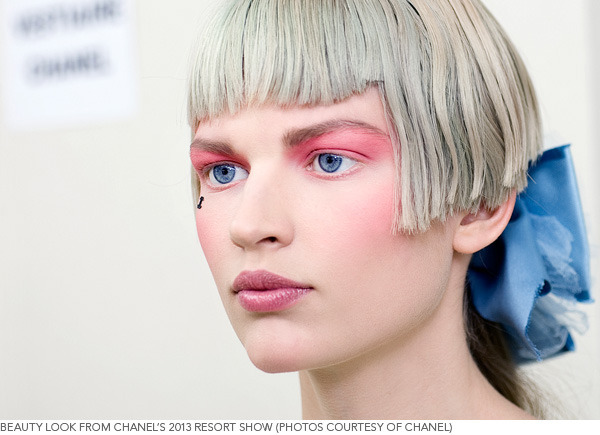