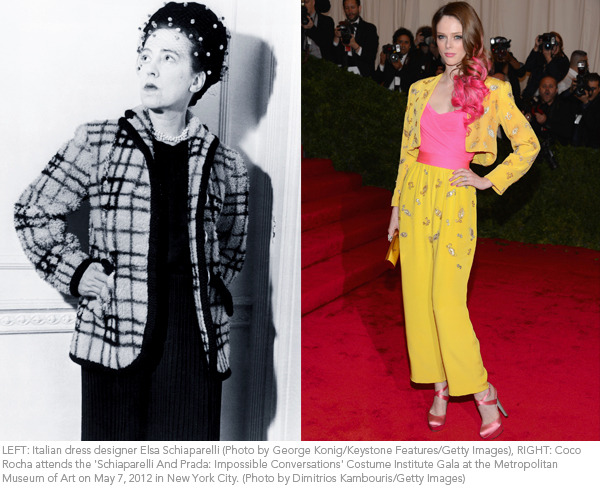 Anyone with even an inkling of fashion interest has already seen the press surrounding the Met Gala. "The Oscar's of Fashion," as it’s fondly referred to, celebrates the opening of the Metropolitan Museum of Art’s annual spring show. This year, the museum chose to honor two leading ladies of 20th- and 21st-century Italian design: Elsa Schiaparelli and Miuccia Prada, in an exhibition titled Schiaparelli and Prada: Impossible Conversations. Met Gala attendees—everyone from Sarah Jessica Parker and Rihanna to Marc Jacobs and Tom Ford—pulled out the stops on Monday night. Wearing peplum gowns, swathed sequin numbers, and vibrant neon prints, fashion and entertainment’s elite dazzled on the steps of the grand New York landmark. But it was Coco Rocha who truly embraced the theme of the evening; wearing a vintage lemon Givenchy pantsuit owned by Elizabeth Taylor, a huge smile, and the honored guest of the evening on her lips, locks, and tips: Schiaparelli's shocking pink. 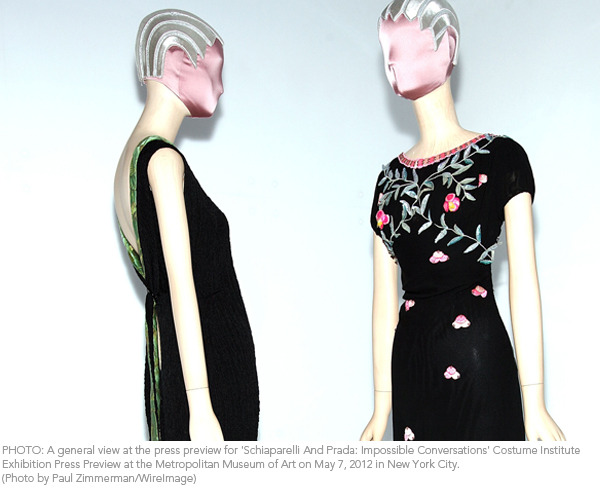 Elsa Schiaparelli was known as many things in her lifetime,—Chanel famously referred to her rival as "that Italian artist who makes clothes”—but boring was not one of them. One of fashion's most daring pioneers, she took the art of clothing to a quasi-philosophical level, collaborating with early 20th century Surrealist and Dada artists such as Salvador Dalí on unheard creations painted with fantastical creatures—their 1937 “Lobster” dress is among Schiaparelli’s most well-known designs (and was reinterpreted by Prada as a custom gown for Vogue’s editor-in-chief, Anna Wintour).

Prominently celebrated for her elaborate prints and previously unknown silhouettes, Schiaparelli also dabbled in the world of beauty, launching eight perfumes in her lifetime. Her first, 1936's "Shocking," was best-known for its sinuous, torso-sculpted bottle (a precursor to Jean Paul Gaultier's iconic bottle, perhaps?) and its vibrant, energetic pink packaging. Her design inevitably became synonymous with the color, reflecting her fascination with the dynamic and unexpected. Today, we know this hue as Schiaparelli's signature. 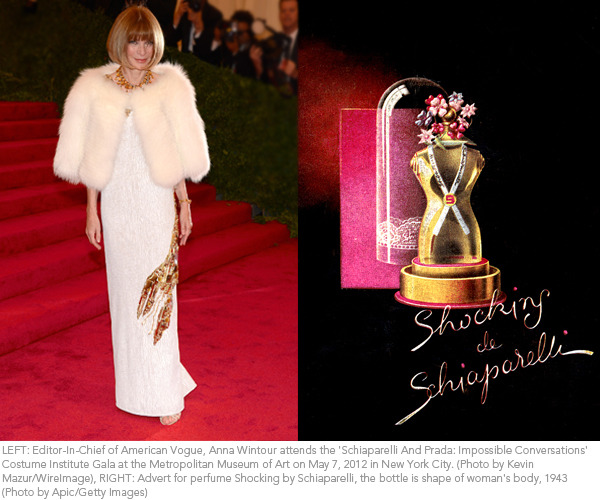 A woman truly ahead of her time, the pure and resonant tones of this particular pink reflect the zest and imagination of any who dare to challenge the senses. Even legendary makeup artist François Nars named his best-selling shade of jilted pink lipstick and nail polish in honor of Schiap, as she was nicknamed. So it's with this inspiration that we come back to the present. While the legacy and spirit of Schiaparelli’s pink lives on in the beauty world, we want you to push the limits even further. Here are three ideas to shock your senses. 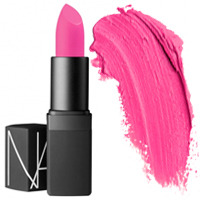 There’s nothing quite like the pop between pale skin and a crisp, semi-matte pink lip. Line your lips with a coordinating lip liner, then layer and blot a few coats of color until application is perfected. Keep your complexion ultra-glowy with highlighter, and load on black mascara for balance.

Nars Lipstick in Schiap (how could we resist!?) 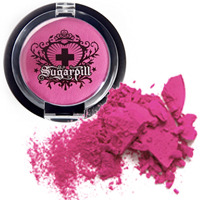 The eyes have it! Sharply wing a thin line of hot pink along your upper lid, and coat your lashes with violet-tinted mascara for a vivid play on color-contrast. To play up the color at the lash line, keep your crease and brow bone bare and gleaming with a shimmering champagne shadow. Finally, powder your cheeks with coral blush for a subtle, refreshing pop. 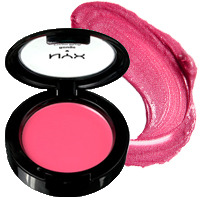 Your complexion was made for a flush of flaming pink. Use a stippling brush to layer on a clear, not muddled, color. The hue should appear as bright and translucent on your skin as as possible. Keep the eye and lip drama to a minimum, so the focus stays on your glowing-hot skin.