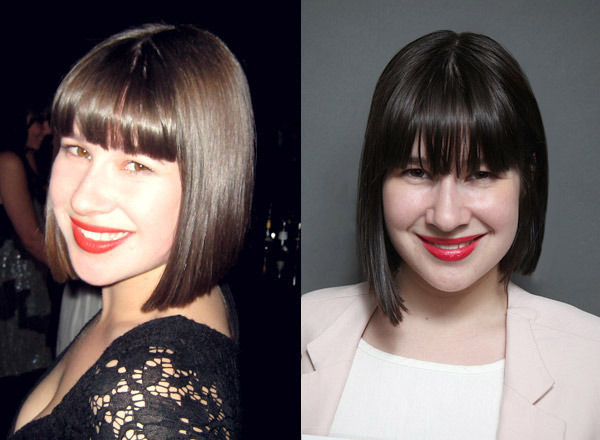 Confession: The only time I've ever dyed my hair was at the age of 16, when I decided that I wanted balayage—the natural-looking effect where a hairstylist hand paints custom highlights and lowlights. Gisele is a fan, and I wanted to rock the look too. Unfortunately, I was unable to afford an expensive trip to the salon, so I figured, how hard could it be? I whipped up a packet of at-home hair dye and got out my paintbrush. An hour later, I was staring at a disaster. I didn’t think my hair was getting blonder quick enough, so I started adding more and more color to the front of my head. I looked like a lion with a shaggy golden mane—in other words, ridiculous. The end result was a trip to my hairdresser, who had to color my hair with a permanent dye as close to my natural tone as possible.

Ever since that fatal DIY, I've never gone near a bottle of dye, proudly showing off my natural color. All that changed when I mentioned to my hairdresser, the wonderful Rodney Cutler, that I was thinking of coloring my hair just a shade darker. I wanted a velvety rich, glossy dark chocolate hue (almost Rooney Mara, but not quite). Rodney shouted "yes, let's do it now!" with such enthusiasm that I could hardly say no. After all, he transformed Harry Potter star Emma Watson's locks from mid-length to breathtaking pixie crop, and I had 100% confidence in his decision making.

40 minutes later, my new hair emerged. Transformed by Redken's new formula, Chromatics Prismatic Permanent Color, which contains 0% ammonia (the traditional, bad-smelling ingredient that changes your hair color) works in only 25 minutes, doesn't burn or feel itchy, and adds two times more protein to your hair! I had often been worried about my hair being damaged from color, instead it looked healthier and shinier than ever before! And the color? “Perfect, like Godiva chocolate, said Rodney.” I felt glossy, glamorous, and it was the subtle difference that I needed to amp up my looks. The formula is also longer lasting than other salon colors, and who doesn't like value for money? Just call me a color convert.