Beauty Vs Brains Vs Barbie 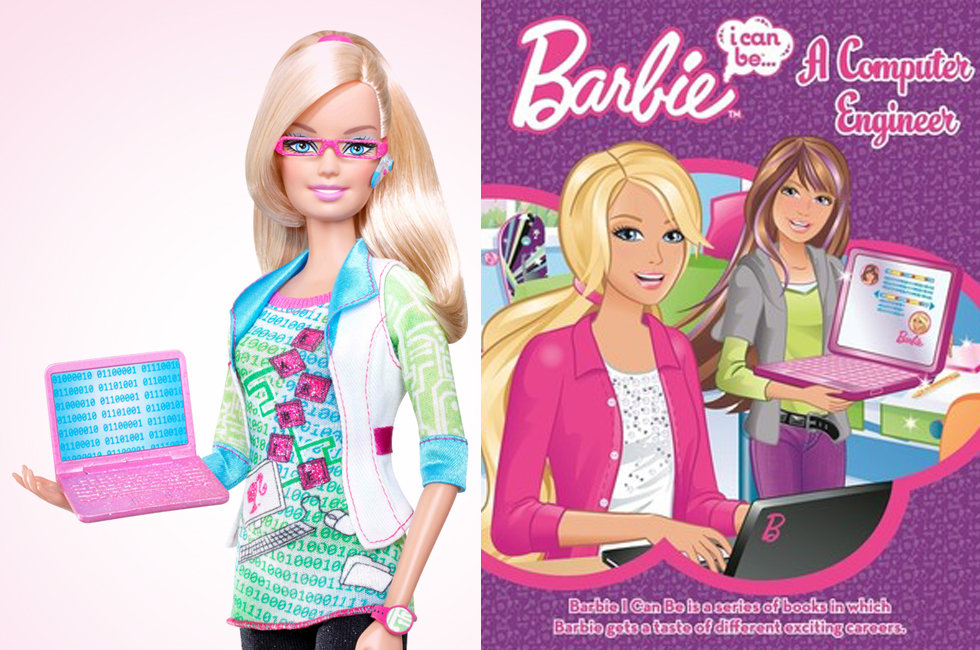 Dear world—are we still pitting beauty against brains? Exactly what part of looking good rules out mind power? It seems the logic that pretty girls can’t possess intellect was once as popular as the notion that cats and dogs don’t get along, but since YouTube’s ultra-cute channels rained on that parade a long time ago, how come we’re still seeing examples of empty-headed beauty in the media?

Case in point, our pal Barbie—a notable beauty icon at that. Barbie has made more than a handful of questionable choices throughout the years involving body weight and racial representation. However, her book– I Can Be A Computer Engineer, represents her as even more brainless than 1992’s Teen Talk talking Barbie doll that can be quoted famously to speak the pre-recorded phrase “Math class is tough!”, a statement absorbed by thousands of young minds, clearly encouraging them to enjoy crunching numbers—not.

In Barbie’s computer engineering read, our tall blonde role model manages to infect not one but two computers with a virus all while designing a computer game that features a cute digital puppy. After a quickie pillow fight with her brunette sister Skipper (yes this actually happens), our heroine learns about how to fix the infected computers in school, but then decides to pass the job onto two of her male classmates who repair the crashed hard drives of both computers, and turn Barbie’s video game designs into a real live engineered computer game–—all in less time than a sisterly pillow fight. 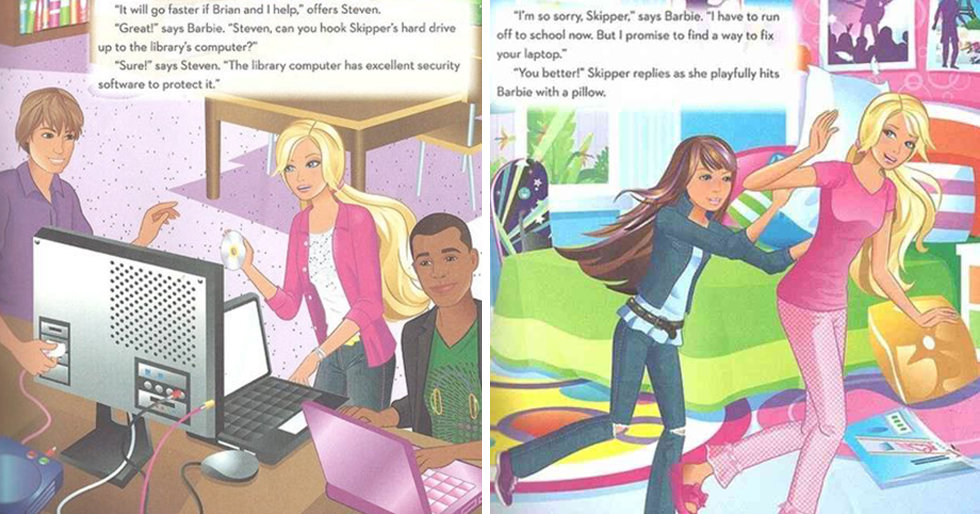 Barbie messes everything up, some boys fix it and complete her work, and Barbie’s hair looks really really good the whole gosh darn time. Not only would “Barbie Has a Software Idea” be a better title for the book, it is the book. Who needs all the extra words? Certainly not pretty girls.

A book like this not only implies that one needs a man’s help to get anything more than a pillow fight going, it perpetuates the stereotype that girls– and boys– who like pretty things will never possess enough brainpower to make educated decisions and grow to be independent. Vanity, cosmetics, the color pink, the fashion world– the subtle shaming of the celebrated idea of femininity and wanting to look beautiful. It’s all rampant in this book, threatening budding beauty fans with the idea that they must choose between looking great, or expanding their minds.

Mattel has since pulled the book from Amazon.com after a recent backlash from outraged Barbie fans everywhere. We prefer to think of the 55 year old fashion doll as a fearless trendsetting beauty who can effortlessly tackle any task that comes her way, all without breaking a nail or letting a single strand of hair fall out of place. Barbie has a knack for beauty and spice for life that many of us have envied since we were still in diapers, but this book is a let down on multiple levels.

If Barbie can’t fix a couple computers, we know a few dozen ladies who can– lipstick wearing ones at that. Lucky for us, it’s no longer 1959, and though this book seems to be trapped in a timewarp, we’re happy to be able to name countless women whose makeup skills are just one of the areas of intellect they excel in. Balancing beauty skills and brainpower is easy. The shaky part is convincing the rest of the world that it can be done. Intelligence is beautiful, Barbie doll! Let us real ladies show you how it’s done!

–Hey beauty braniacs ! Fix a page in Barbie’s book here! Some of our favorites below from Barbie Remixed by Casie Fiesler: 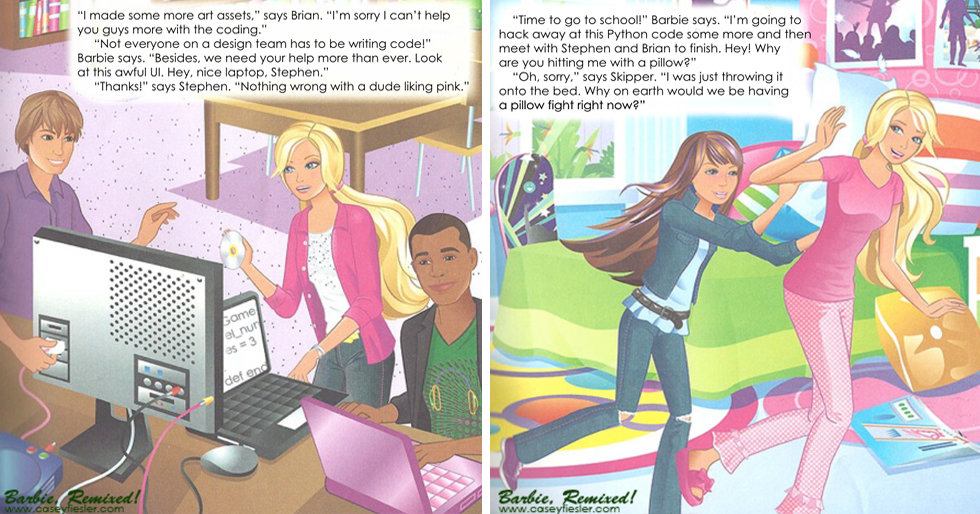