Prime Time! How To Find The Best Eye Shadow Primer For You

These days, you can’t work a decent eye shadow without pairing it with an eye primer. What was once reserved for red carpet events or lengthy editorial and video shoots has now crept into our everyday morning makeup routine.

That’s no surprise. As many of us juggle school, work, family, and a social life, our seemingly never-ending days continuously call for us to put our best face forward, all the time. For on-the-go gals and guys, a good shadow primer is the right place to start: these products are designed to make your eye makeup stay put from day to night (and beyond).

We put a selection of popular primers from this category to the test to see how they measure up to our makeup and schedule, as well as to one another. Which primers are best for pumping up the brightness of your shadow versus letting your eye makeup’s true hues shine through? How did your favorite fare? Read below and maybe discover the best eyeshadow primer for you!

Stay Don’t Stray $26
The pro about this primer is that it’s formulated to hold onto everything from powdery shadows to creamy under eye concealers. It did all of this well, resulting in little to no wear throughout a busy day. Unfortunately, the super pigmented, foundation-like formula only comes in two medium-toned, yellow-based shades, so it only works on certain skin tones. The primer’s undertone gave some shadows a strange tint, but on the plus side, when used under concealer, it didn’t budge an inch. 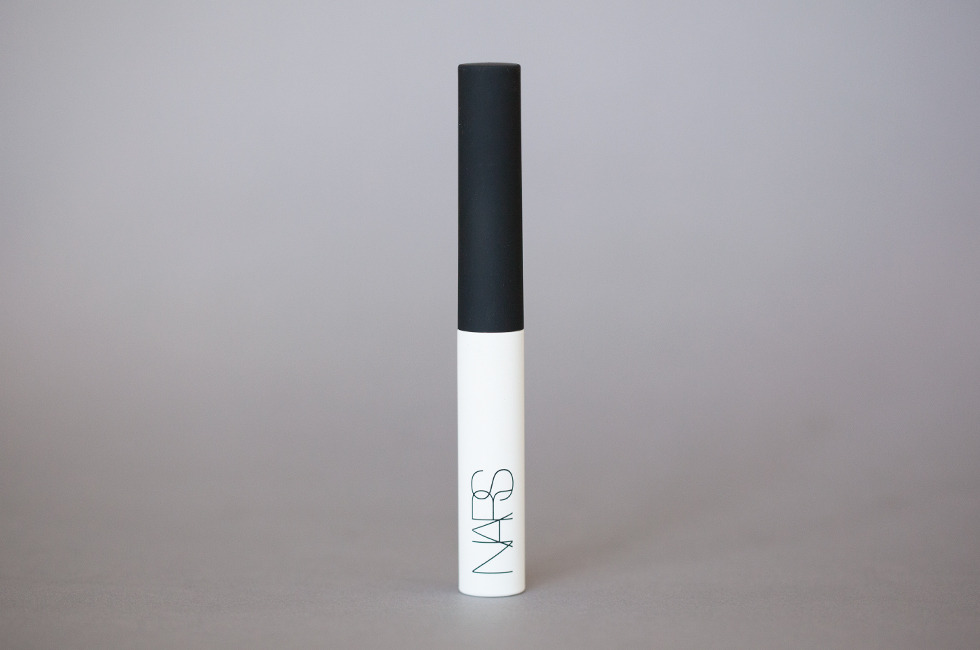 Smudge Proof Eyeshadow Base $24
Smudge-proof is right. This generously portioned eye primer lasted all day, and my shadow barely flinched when rubbed. The primer has a milder scent than the others we tried and goes on crystal clear, making it the most skin-tone friendly option in the bunch. The cream-like consistency feels lightweight, and it made pigmented shadow pop. And because the formula is colorless, it allows a shadow’s true tone to shine, unlike a flesh-colored primer.

Make Up For Ever 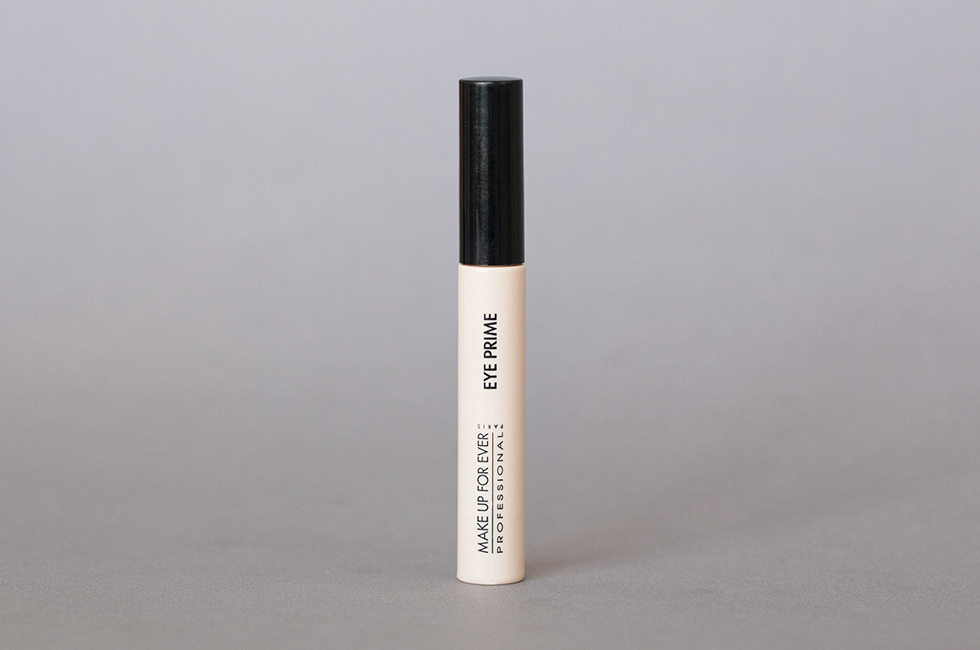 Eye Prime $22
This thin and relatively lightweight formula swabs on with an applicator wand, and left my skin feeling moisturized. Though the eyeshadow primer appears tinted in the tube, it goes on clear. Pigmented shadow looked a hint brighter over top, and though I noticed a bit of wear during the day, my eye makeup did stay on much better than if I hadn’t primed. 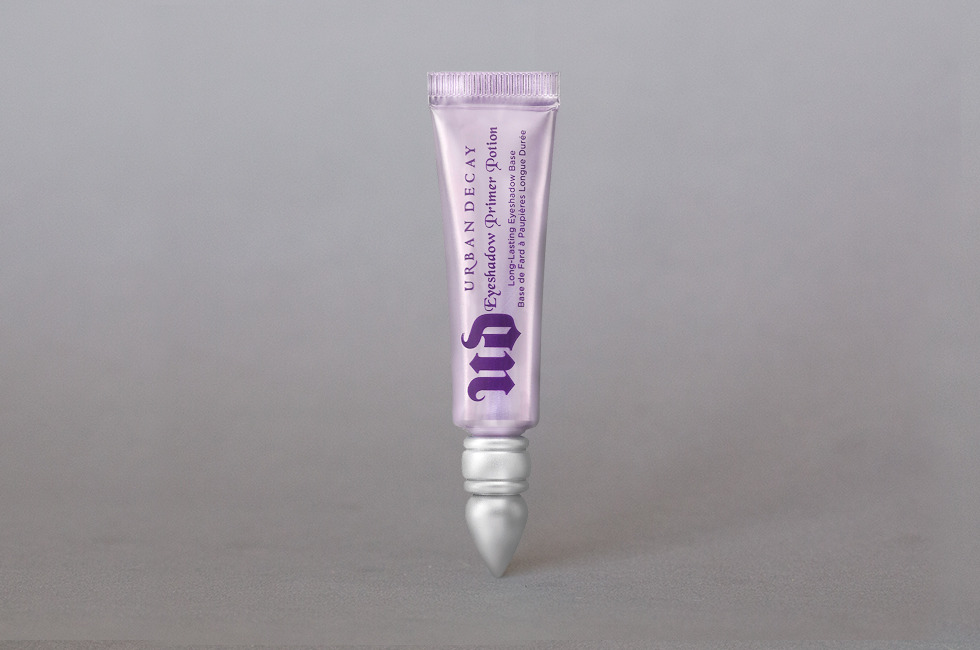 Eyeshadow Primer Potion $20
Extremely lotion-like and moisturizing, this popular primer has a subtle pearlescence that made my lids glow, even before I put on shadow. I love its whimsical purple tube and the fact that it’s fragrance free. Though the formula was a little runny, my shadow gripped it well. It made eye shadow look more vibrant, and shimmering shades looked more shiny. The only downside was the slight tan tint gave it gave to lighter shadows. Though the primer didn’t stand up to heavy rubbing, it made eye makeup stay through the day without much wear. 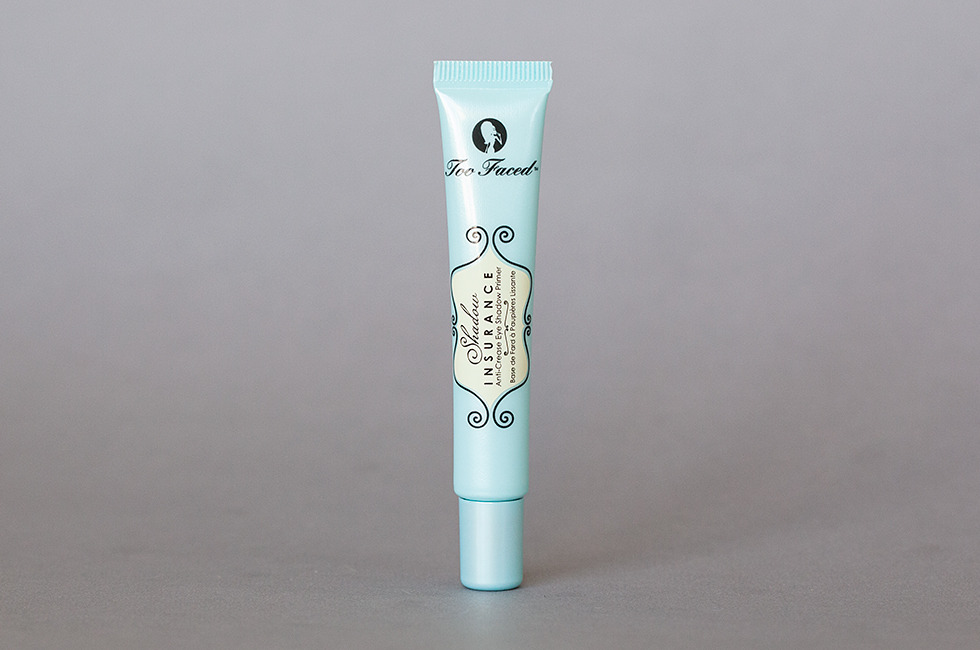 Shadow Insurance Anti Crease Eyeshadow Primer $20
This thick, putty-like primer is a best-seller and we can see why—shadow seems practically magnetized to it. Though the formula felt a tad greasy at first, it dried matte and held my shadow, no matter what. Pigments looked darker and bolder when applied over it, which meant less shadow was needed to achieve a megawatt effect. Liquid liner was a little cumbersome, unable to glide smoothly over the ruddy formula. However, my finished makeup lasted so long I swear it could have made it through a night’s sleep—but I know better than that! 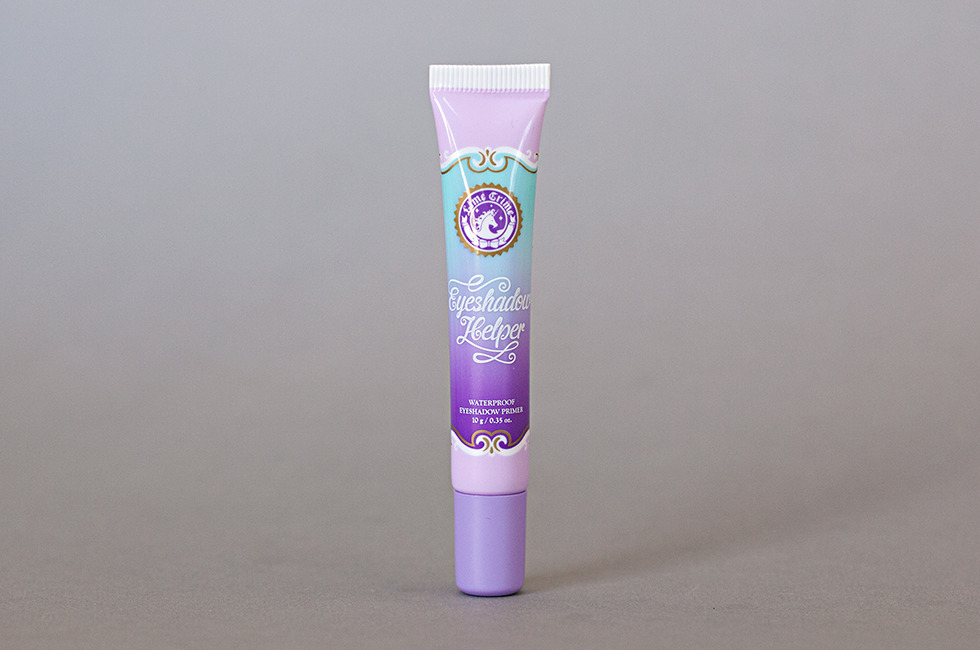 Eyeshadow Helper $16.99
This vegan-friendly reformulation of Lime Crime’s lid primer comes in a squeeze tube decorated with the brand’s unicorn logo—a guaranteed way to brighten up your makeup bag. The thick formula goes on creamy, like a lotion, with a pale flesh tone that just about disappears when blended. Shadow doubled in brightness when swept over the top, and it held like glue—even when I rubbed my eyes! 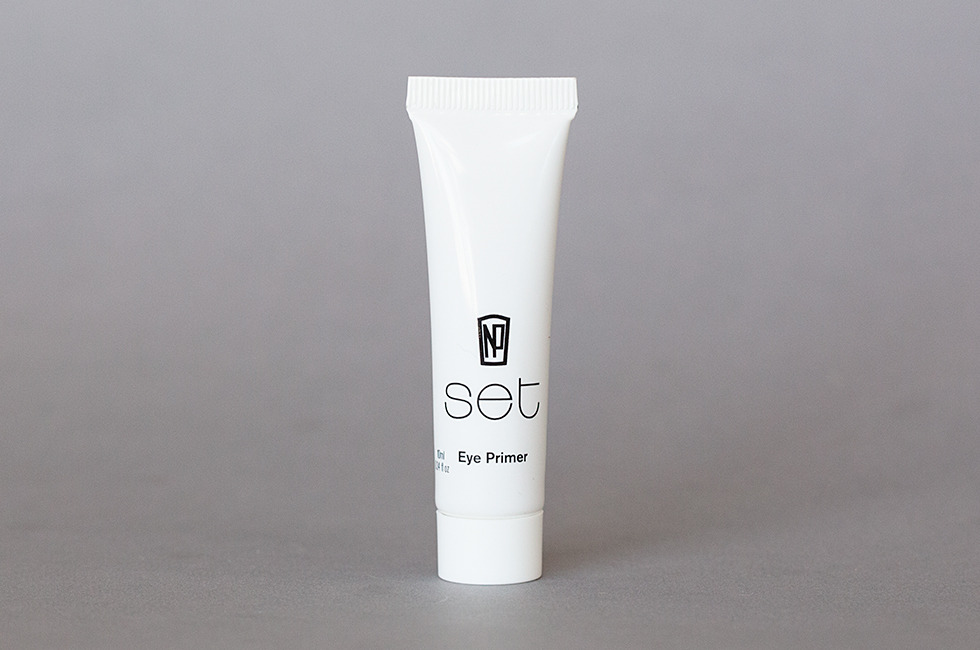 Eye Primer $15
The smoothest eye makeup primer we tested thanks to a trio of natural oils included in the formula. Smudging it on produced a nearly transparent and velvety smooth canvas for shadow. Plus, it has a delicate floral scent. It lasted all day and made shadow colors pop. 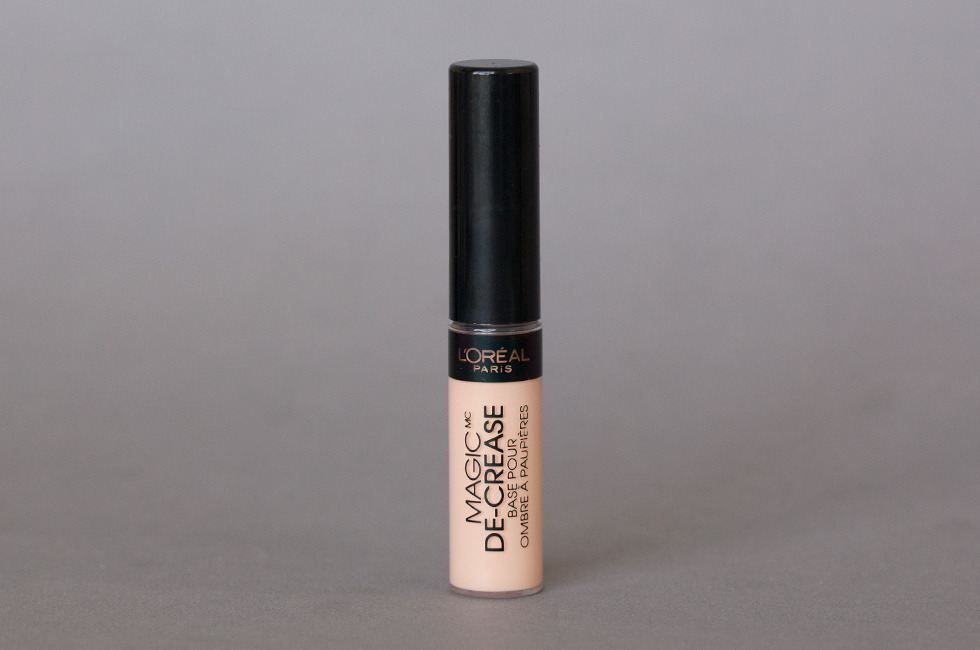 Magic De-Crease Eyelid Primer $9
A drugstore bargain eye primer that performs just as well as many of those twice its price! It swabs on creamy but dries quickly, leaving a nearly undetectable finish that grabs onto shadow much better than bare lids can. The only bummer was an orange-tan tint that altered the shade of some paler shadows, so use sparingly for a lighter finish. 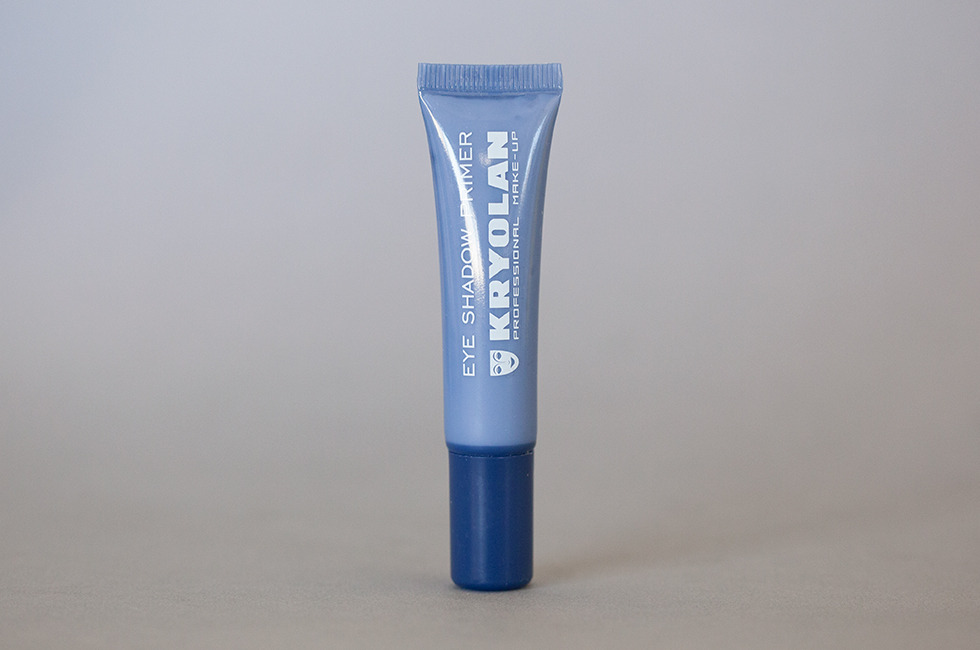 Eye Shadow Primer $18
This generous-sized tube is packed with a no-frills formula that comes out looking milky, but goes on crystal clear. The product itself felt a tad greasy and made blending a bit of a struggle, but it also held my shadow in place for hours! It didn’t intensify or alter shadow hues, so products stay true to their original shades. This primer is seemingly unsmudgeable—wear it when you need to keep your eye makeup put! 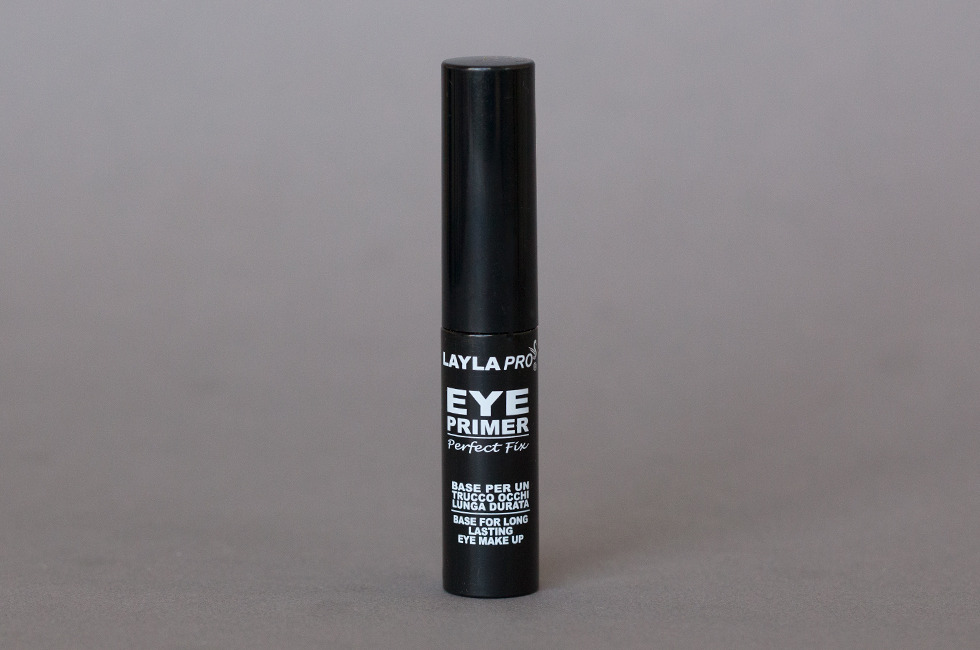 Perfect Fix Eye Primer $18.99
In an extremely light beige-tone, this primer may not be right for everyone. However, its off-white hue brightened shadow colors better than any primer in the bunch! The swab tube is basic, and the formula made it through the day with no major wear or tear to either shadow or liner.

_What’s your favorite eyeshadow primer? Discuss below in the comments! Note, prices may vary across different web shops and boutiques. _

Hooked on primers? Make sure to visit our guide to best face primers too.