2012 saw an avalanche of new textures and innovations, from velvet and caviar nails to celebrity collaborations we never saw coming. Classics were brought back alongside looks we thought we’d long forgotten. These were the beauty headlines that caught our eye this year. 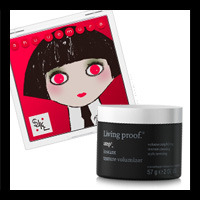 2012 saw the usual celebrity/beauty brand romances, but these three took the cake: Jennifer Aniston for Living Proof (seriously, who doesn’t envy that woman’s hair?!), Karl Lagerfield for Shu Uemura (whose aesthetic and penchant for black, white, and red suited the Japanese company perfectly), and Beth Ditto for MAC (a brightly colored, eclectic collection worthy of her rockstar status). 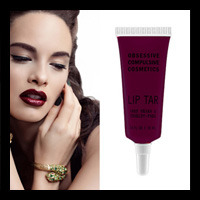 Apparently we aren’t the only ones with a secret fetish for The Craft. Fall 2012 ushered in the return of vampy lipstick in shades of black cherry, burgundy, and wine. Obsessive Compulsive Cosmetics released a black-plum shade called Black Dahlia Lip Tar that became wildly popular. Paired with dark nails (we love Laura Mercier’s not-quite-black nail polish in Noir Glace) and asmokey eye, the look was pure theater. 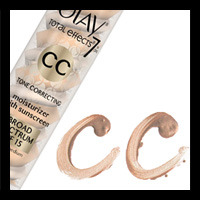 3. The Arrival of CC Creams

Last year we saw BB cream fever as foundation 2.0 made its way to the U.S. from Asia. Part skincare, part sunscreen, part foundation, BB creams promised multiple benefits in one product. The end of 2012 heralded the next generation: CC creams. These promised to fulfill the same benefits with even more color correction and ease of use. Chanel’s version became wildly popular in Asia, and Olay launched the first American CC cream in November. We can’t wait to see what comes next! 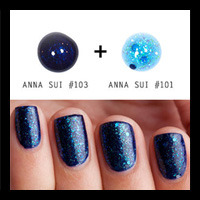 Nail art was without a doubt the biggest beauty craze of 2012. No longer a nail salon-exclusive means of expression, the rise of Pinterest and Instagram ushered in a new DIY culture. Inspiration could be found anywhere—the holidays, caviar, even...zombies! Plus, with the new at-home gel kits by Sally Hansen and Sephora, a salon-ready, durable manicure is easier than ever to recreate yourself. 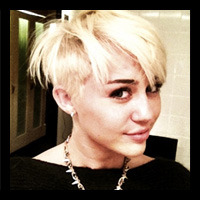 Miley Cyrus made a splash earlier this year when she chopped off her long locks in favor of a punk-inspired cut. The internet was highly divided on her bold decision, with many fans loving the edgy new ‘do, and others wondering why on earth she’d go so short. And Anne Hathaway’s hair has also been a hot topic of conversation since the star chopped her locks on-camera for her role in the epic musical adaptation of Les Miserables (the male hairstylist making the cut was dressed as a woman for the scene). She’s now sporting an adorable Rosemary’s Baby pixie the ever-missed Vidal Sassoon would approve of. 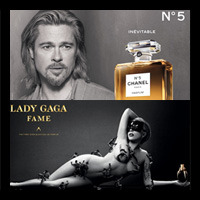 6. Fragrance in the Spotlight

Lady Gaga’s Fame was hotly anticipated this August, and fans were not disappointed. The inky black liquid sprays clear on the skin, and the scent is—like the iconic singer—edgy, lush, and a little weird. The packaging describes the fragrance as containing "tears of belladonna, crushed heart of tiger orchidea with a black veil of incense, pulverized apricot and the combinative essences of saffron and honey drops." Brad Pitt’s Chanel No. 5 commercial has made quite the splash: Saturday Night Live even parodied its bizarre spoken-word black-and-white format. The backlash hasn’t soiled the almost-century-old fragrance, however; and it certainly won’t be easy to forget. 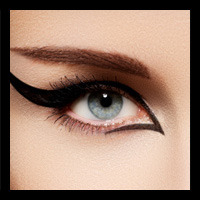 The cat eye is a perennial classic, but never before has it been so popular. No longer just for pinups, special occasions, or retro chicks, this eye-widening trick is a piece of cake with alittle bit of practice. Try it in bold, bright colors for a fresh, modern take! 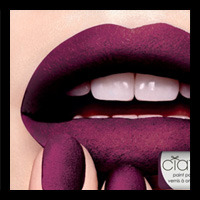 The nail craze ecstatically embraced the 3D finishes ofvelvet and caviar, but lips and eyes followed suit. The velvet finish of lips wasn’t a swatch of fabric, but rather a demi-matte finish that feels soft and plush on lips. For a more high-fashion look, caviar lips and eyes to match the caviar tips look positively candy-sprinkled. 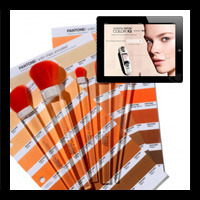 9. The Rise of Pantone

Graphic design artists have long used the Pantone Matching System as a universal color language, but the beauty world is just catching on to its benefits. Humanæ, a project created by artist Angela Dass, captures a range of human skin tones and translates them into alpha-numeric Pantone numbers. And in July, Sephora launched Sephora + Pantone Universe Color IQ foundation matching in select stores, which uses a handheld tool to decipher your ideal foundation match according to the Pantone system. 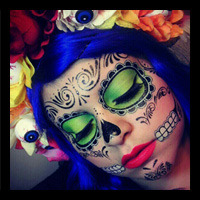 Sugar skulls are a Mexican Dia de los Muertos tradition. In 2012 Halloween revelers of various cultural backgrounds went all out with sugar skull makeup this October; and it’s no wonder—the look is striking, gorgeous, and, since it’s just makeup, an affordable and easy DIY costume. The Beautylish community photos poured in with stunningly painstaking versions.