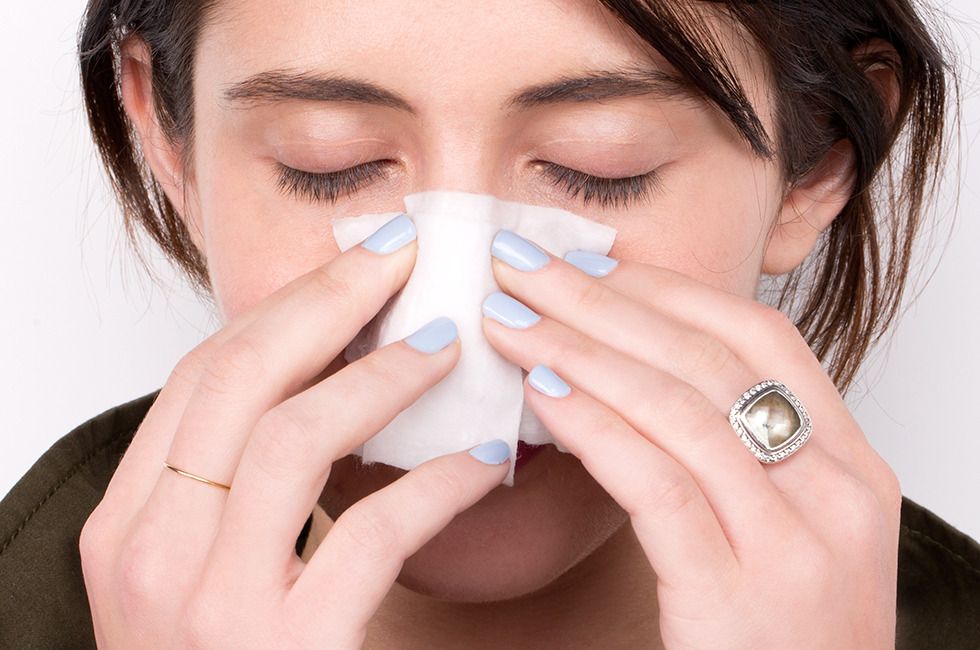 If I could rewrite pore-strip commercials, the ending would go a little something like this:

Don’t get me wrong: I like pore strips, and appreciate the fact that they get rid of blackheads without any painful squeezing. And I really like that scary-yet-oddly-captivating moment when you get to look at all of the gunk the strip pulled out of your pores. I just wish they worked a little better. Strips never even come close to removing all of my blackheads and frankly, what’s the point if they leave more dirt and oil in than they take out? So imagine my intrigue when I came across this video entitled “How to: Make Pore Strips More Effective” by MAC makeup artist and YouTuber known as MakeupByMichyT.

In the video, Michy demonstrates how to make a “desincrustation (or disincrustation) solution"—which makes blackheads easier to remove by loosening up clogged pores—using only baking soda and water. I immediately ran into my kitchen to mix up a batch. An apprehensive 20 minutes later, I gingerly peeled the strip back and found that...it worked! The solution-plus-strip combo removed at least twice as many blackheads as a strip on its own. Seriously, you have to try this!

1: Stir the baking soda into water and soak cotton pads in the mixture.

2: Squeeze excess liquid out of pads, and press firmly onto your nose and cheeks to form a tight seal. Leave on for 10 minutes, then pull off.

3: Re-wet your nose with the baking soda–water mixture and apply the pore strip. Wait per the directions.

Tip: Resist the temptation to add more baking soda to the mixture. This makes the solutions less effective, since the baking soda build-up keeps the strip from adhering to skin.