Eczema and Psoriasis: How to Take Control 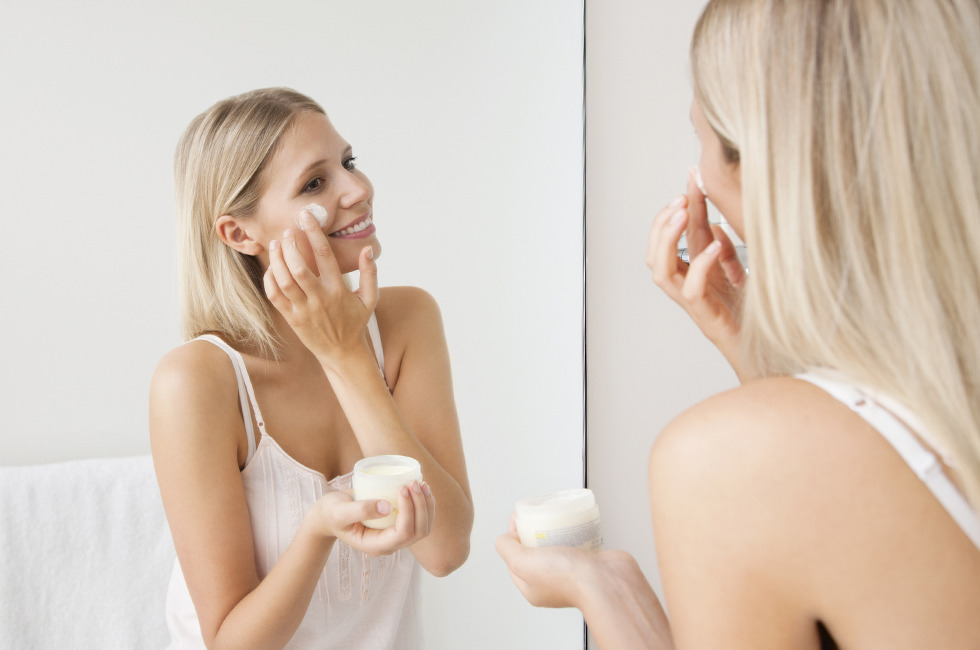 Growing up, I was always aware of my father’s horrible psoriasis breakouts. The scaly, red spots covered his entire body: his scalp, his toenail beds; the white scales surrounded his knees and elbows as if he’d just crouched down in a puddle of clay.

Luckily I didn’t inherit his condition. But I have been blessed with my mother’s eczema (thanks, genetics!). My cracked, dry, itchy skin was even a problem when I was living in Florida, where it’s extremely humid. And the weather in Chicago—where I live now—has been especially frigid and dry this winter, to the point where I want to claw my arms off during a flare-up.

While eczema and psoriasis are technically different skin conditions, they do share some common characteristics—including the fact that they’re both not fun. That’s why we’ve tapped skin care guru Kate Somerville to lead us through a two-part series, to give you all the information you need to help alleviate either condition. As an eczema sufferer herself (her own ordeal is part of the reason she got into skin care), Somerville knows first-hand just how tricky eczema and psoriasis can be to treat (e.g. a product that helps one thing might end up still setting off a reaction due to a certain ingredient).

So, with Somerville’s wisdom, we created a handy guide to help you find the sweetest relief. In this installment we’ll cover the basics (including skin care routine tips); in part two, coming up next month, we’ll tackle triggers and causes, plus specific product recommendations.

Eczema vs. Psoriasis: A Side-by-Side Comparison

First, a look at the basics of each condition, including where they cross over and where they differ.

Mostly affects the face, hands, feet, and back of knees.

Cause unknown, but experts believe it might be an immune response to irritants like weather, synthetcs, or stress.

Genetics play a role in both conditions.

You can get either at any age (even during infancy).

Both range widely in severity, from minimal to debilitating.

Both incurable, but treatable.

Affects roughly 8 million Americans; Caucasians are at a higher risk.

Autoimmune disease that causes skin cells to grow rapidly (they reproduce in days rather than the typical four-week renewal cycle). The cells then move to the surface of the skin as raised, dry, red lesions—often covered in silver-toned dandruff-like “scales.”

Can appear anywhere on the body, but most commonly on knees, elbows, scalp, stomach, and back.

Having dealt with eczema for so long (not to mention having developed a cult-favorite product line!), Somerville has gleaned a ton of knowledge about how to take care of and deal with uber-sensitive skin. Here’s some of her best advice.

Take baths instead of showers

“The practice that’s absolutely changed my skin,” says Somerville, “is taking regular baths, twice a day.” While two baths daily probably isn’t realistic for most busy people, if your skin is dry, a bath is better than a shower. While either can strip oils from your skin, the constant cycle of water on the skin during a shower can dry you out a lot more quickly. In warmer months, opt for cooler baths, and for added relief any time, add goat’s milk, avocado oil, or sunflower oil into your water. But above all else, immediately after bathing, make sure you moisturize all over with a thick, heavy cream.

Invest in a humidifier 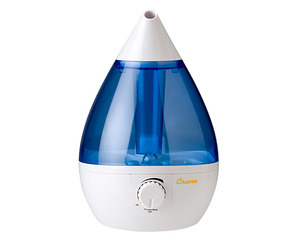 If you live in a dry or bitterly cold climate, say hello to your new BFF: the humidifier. “Using one is a crucial step to keeping skin hydrated,” says Somerville. Set the device on a warm temperature (but not too hot)—warmer air allows the skin to keep moisture in longer. And take the time to properly care for your device by wiping it down often, to reduce the risk of mold or bacteria growth within the appliance. In a pinch, you can mimic the effect of a humidifier by placing a pot of water on a free-standing radiator.

Cortisone creams are essentially over-the-counter, low-dose steroids you apply topically, and they work to temporarily reduce itchiness, redness, and inflammation during flare-ups. (My own go-to is Aveeno’s 1% HydroCortisone Anti-Itch Cream.) When using, “make sure you really get the medication into the skin. Also, you may need to use it for a period of time, and then take a rest. I like to use cortisone cream three times a day for five days straight, then give my skin a break.” says Somerville. If symptoms persist for longer than seven days or come back after treating with cortisone, consult your doctor. It may be a sign of a more severe form of psoriasis or atopic dermatitis, a more serious type of eczema—either of which may need a prescription-grade topical steroid.

Somerville suggests drinking a lot of water with lemon. “It’s beneficial because it not only keeps you hydrated, but it also alkalizes your system,” she explains. She also notes that during a severe breakout she avoids highly acidic foods like tomatoes, vinegars, wheats, sugars, and dairy products (acids can further trigger inflammation), and opts for whole, unprocessed foods plus a ton of water. “Getting your body alkaline instead of acidic is crucial when you’re battling these skin woes,” she adds. “What I’ve found, is when you change your diet, you can get worse before you get better because your system is purging and eliminating toxins. After that happens, your skin should start to clear and feel better.”

Stay tuned for part two, coming up next month!