Turmeric for Pimples! and Other Natural Beauty Ideas from Mandy Lee of Misterwives 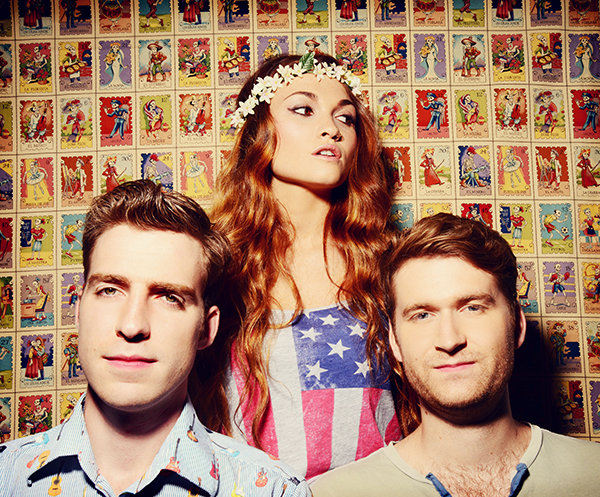 “You were working as a waitress in a cocktail bar...” You know the rest. Replace the “cocktail bar” with a “vegan restaurant” and it could very well be the theme for Mandy Lee’s ascension to rock star. Growing up in Queens, New York, the redheaded stunner left home at 16 (with her mom’s blessing) to attend the renowned performing arts high school LaGuardia Arts. She lived with her sister and friends and worked at a vegan restaurant on the Upper West Side in Manhattan to make ends meet. It’s there she met Etienne Bowler, her future cohort in the soulful folk pop band Misterwives (a play off of “sister wives”).

“Etienne worked at another vegan restaurant a block away, and we always went to each other’s spot because we’d get sick of eating from the same menu every day,” she recalls. After awhile of crossing paths, they started talking and music was the primary topic. “One day, I invited him to my rehearsal space, and the rest is history.”

About a year ago, the two were able to quit their day jobs as the band started to gain traction. However, veganism is still a major part of their lifestyle, including Lee’s beauty routine (more on that in a minute). They had a record deal after one of their very first shows, which Lee says was partly helped by Perez Hilton. Yes, the gossip columnist. “He’s a big fan,” divulges Lee. “He actually writes about us frequently and has been really supportive.” So much so that Hilton included Misterwives on the lineup last month for his annual showcase at SXSW, where Lee got to see one of her idols, Blondie. (Deborah Harry was one of the many divas she tried to mimic in her mirror as a kid.) “Nothing could top that,” she says of the chance encounter. Well maybe having the guy who books artist talent for Saturday Night Live and Jimmy Fallon in attendance comes close. “He said we were one of his favorite bands at the fest,” Lee exclaims.

To say things are taking off for this band is quite an understatement. They will soon head to Europe for their first tour overseas and then start recording their debut album in Atlanta this spring. The band also just expanded to six members, which provides them with the addition of a live horn section, making them sound even more like a young Sharon Jones & the Dap-Kings. Like Jones, frontwoman Lee is still the only girl in the band. No problem, she says. “There’s a lot of girl power in this band, and I put the boys in their place when I need to.”

Lee also sticks to her guns with her beauty routine, which is a steadfast adherence to natural, vegan-friendly products. “It helps, especially on stage, to be yourself—and for me, that’s fun, vibrant, and colorful,” she says. Here, she shares some of her best hair and makeup tips. 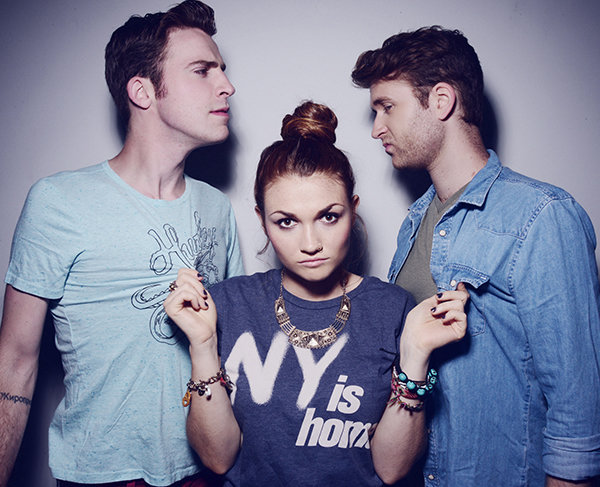 Natural remedies: “My skin care routine is influenced by the home remedies my mom taught me, and I find they work better for your skin,” explains Lee. “There are so many chemicals in products, so I really try to keep it natural all the time.” Though she’s a natural redhead, she occasionally uses natural henna to boost her color. During summer, she’ll squeeze a little lemon juice in her voluminous mane to bring out her natural highlights. Apple cider vinegar is her toner of choice, and she prefers bare essential oils—like coconut, lavender, and tea tree—to hydrate her skin. “If I do get a pimple, I’ll put turmeric on it,” says the star (the spice is a natural acne treatment many swear by).

Vegan makeup must-haves: “Urban Decay is great because I know they don’t test on animals and its mainstream and easy to find.” Her all-time favorite: Urban Decay’s Naked Skin Liquid Foundation.

Essential beauty habit: When performing, Lee sticks to foundation, blush, winged liner, mascara, and a bold red or plum lip. “I don’t like wearing a ton of makeup on stage because I sweat so much, and it all comes off and makes me look like a clown after,” she explains. Her one rule: wash it all off at the end of every day. We should all heed that advice!