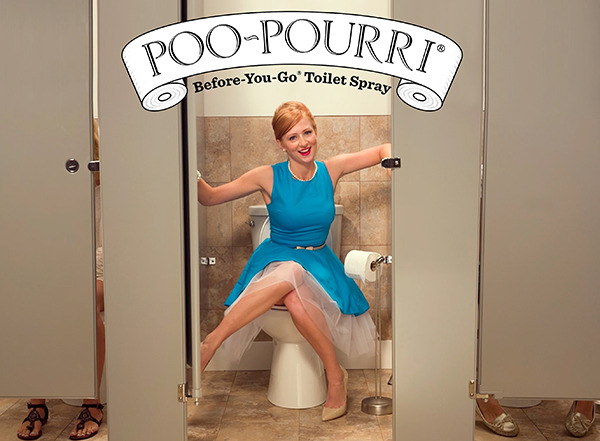 Everybody does it, but no one likes to talk about it. So, how did 2013 it-product Poo-Pourri, the “before-you-go toilet spray,” become so popular by breaching the touchy topic of bathroom habits? 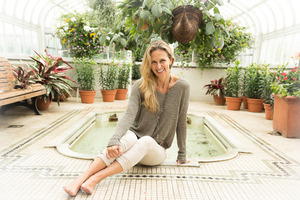 “I knew that humor was my angle in,” says founder Suzy Batiz, a self-admitted serial entrepreneur and aromatherapy hobbyist in Dallas, Texas whose brother-in-law gave her the idea at a family gathering in 2006. “I studied a lot of products that are kind of taboo, and with humor, it breaks the barriers of what’s acceptable to talk about.”

The trick clearly worked. Although Poo-Pourri made its first sale in 2007, grossing more than $1 million in its first year, it was about three months ago when this little commercial brought the product to the forefront, nearly selling out its stock. 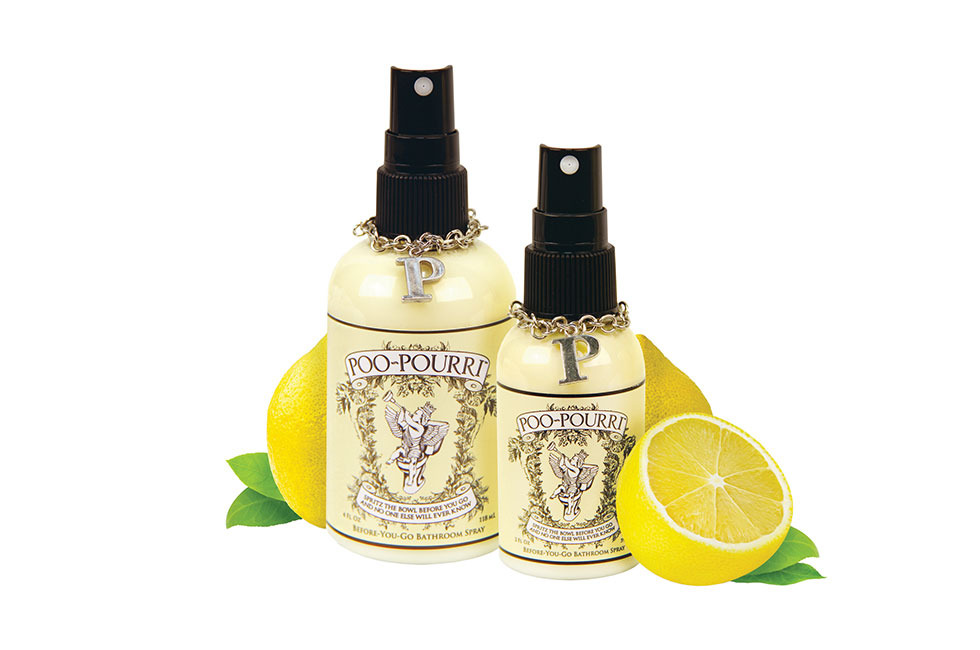 Available in bottles ranging from $9.95–$44.95 (200-use, 100-use, and purse-sized), the product is pretty genius. Unlike air fresheners, which just mask odors that are effectively airborne, the all-natural Poo-Pourri spray product actually blocks smells. So you use it before you go, covering the water in the toilet with 4 to 6 spritzes to create a barrier. Once you flush, the aromatics are further released, and all that’s left is the good-smelling stuff (the original smells of bergamot, lemongrass, and grapefruit, though there are newer versions like eucalyptus and spearmint, too). The challenge for the brand came in educating the consumer to use it prior to going, again where the commercial-cum-tutorial helped.

After being discovered on YouTube, the video was shared over and over on Facebook and before long Huffington Post, Reddit, and Buzzfeed were blasting out stories about it (number of views at press time: almost 22 million). “There’s nothing you can do about it at that point,” Batiz says, divulging that the video in question was not her first choice. “The ‘motherlode’ and ‘creamy behemoth’,” she says nearly wincing at some of the more flamboyant parts of the commercial, “I cringed. I really fought the writer on some of those lines.”

Yet it worked—and kept Poo-Pourri’s customers interested. And it’s not just women—Batiz says that while women are her core demographic (playing off the old “girls don’t poop” fallacy in the video and in messaging on the product’s website), she knows they’re also purchasing the product for their husbands, boyfriends and boy friends, and sons. In her own office of 26 sales and marketing professionals, Batiz has been amused by how younger staffers seem to use the product for different reasons. “The younger ones seem to use it because they don’t want anyone to know that they ‘go,’ whereas I like it because it makes the experience more pleasant. I just love oils and nice scents. Maybe that comes with age,” she says.

Really, it’s just one more product you can add to the slew of pleasant-smelling deodorants, perfumes, and fancy soaps all humans like to buy, Batiz explains. One user posted a comment on the website that really got her thinking about our psychological need to smell good: “He rationalized that the reason we don’t want to be associated with bad smells is because it reminds us we’re too closely related to animals, which I thought was just fascinating. If you’ve ever watched a dog’s face when he’s in public ‘using the washroom,’ he has to look around first.” 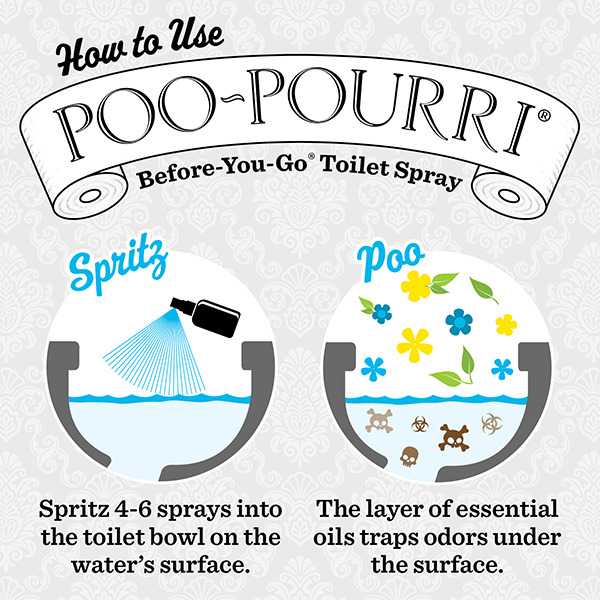 Recognizing this common human experience, and also the lack of any product like it on the market, Batiz got to work perfecting the formula and her message, which she sums up like this: “Bathroom odor happens, let’s get over it, and by the way, we have something that can help.”

While the company initially struggled to keep up with the demand given the surprise popularity, Batiz confirms manufacturing has picked up speed with bottles restocked on the official Poo-Pourri website, on QVC and online retailers like Amazon as well as the nearly 9,000 boutiques across the U.S. where it’s sold (you can also try hardware stores like Kirkland, ACE and True Value). And this month, the company plans to launch a 1-oz. travel bottle, new products—Shoe-Pourri (for those rancid gym shoes) and Bench the Stench (for gym bags)—and a re-branding effort that will no doubt be just as successful.

It turns out Batiz’s husband was right when he walked out of the bathroom after using the product for the first time and said, “My God, we’re going to be millionaires.” Batiz explains that this was after a lot of her prior attempts to come up with a product or business. “You have to know that he was pretty frustrated with me and all my ‘ideas’ up until then.” she explains with a laugh. Apparently it does pay to have a sense of humor—at press time, the company has sold almost 4.3 million Poo-Pourris.