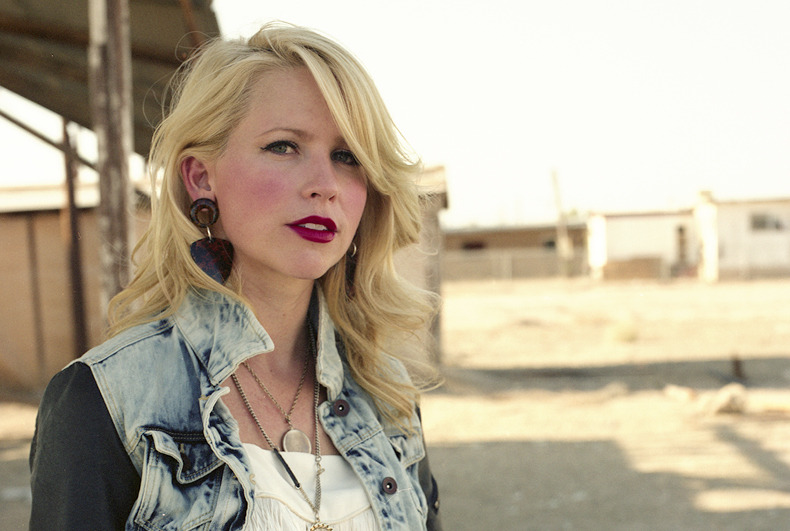 When Pony Boy’s music found placement on the ABC hit show Nashville, it was pretty much kismet. The independent singer-songwriter, whose real name is Marchelle Brandini, has always had a love for everything country: the Americana sounds of Johnny Cash, the big hair/big voice pageantry of Bobbie Gentry and June Carter Cash, and country’s the bold fashion statements, like Elvis’ vintage Nudie Cohn suits.

“It’s like that Dolly Parton saying, ‘it takes a lot of money to look this cheap,’” Brandini says, laughing, before advising that women shouldn’t be afraid of a little hairspray and curls. “I love the idea that, as an artist, you can put on a whole show. Embrace the hair and makeup, but also have great music as well. It gives the audience the whole package.”

Brandini has followed that vision, moving from her native California to the country capital of the world, Nashville, to finish up her as-yet-untitled debut album—a southern gothic mix of junkyard country, doom wop, and soulful blues. (Look for it this fall.) In the process, the singer has had to adjust her beauty routine, too.

“I’ve never been in such dense humidity,” she says of Nashville’s climate. “My first purchase was some waterproof mascara after I’d leave the house and come home looking like Courtney Love on a crazy day with makeup all over my face. My hair needed help too, so I found products that could work with my new environment like a volumizing spray or a dry shampoo.”

Brandini is, in a word, versatile. Both with her beauty regimen and her philosophies. Alongside her routine is a side of her that likes to take a step back from the super polished concept of femininity. Take for example, her performer alias, which is in homage to the character in The Outsiders novel. “The book was actually written by a woman [S.E. Hinton], which many people don’t know,” says Brandini, who admits to being a literary junkie (her other favorites: Sylvia Plath, Charles Bukowski, and Raymond Chandler). “I wanted to follow in that tradition of playing with those gender roles and expectations. You can have attitude being a girl, and you can call yourself Pony Boy, too.” 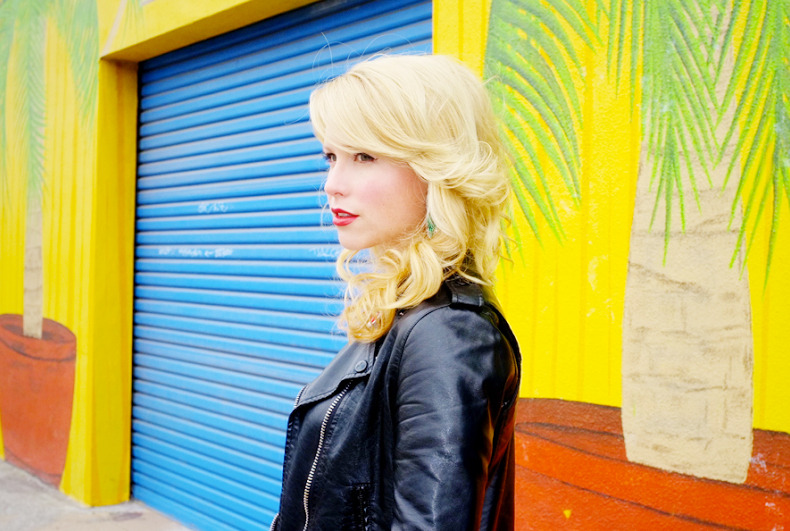 It’s a theme she explored with makeup early on, having first been introduced to its transformative powers as a young child in San Francisco. “I just loved seeing all the drag queens in their full get-up. Makeup always struck me as something playful that could change the way you look and feel. For me, it’s always been about having fun with it.”

As Pony Boy, the fun is in recreating vintage looks inspired by the ’50s and ’60s, as seen in her bold red lip, pin curls, and winged eyeliner. “I like being inspired by it but not bound to it,” Brandini says of the style. Here’s how she puts the look together and makes it modern, too.

“I love that ’50s bottle blond look. The great thing about that is your hair becomes very dry, so it holds curl very well,” Brandini says with a smirk. “I prescribe to the southern motto, ‘the bigger the hair, the closer to God'.”

“I need makeup that can withstand a lot when I’m performing,” says Brandini. “It needs to have extra long wear to keep me through the long nights, and it can’t be runny because I sweat under the bright, hot lights on stage.”