Hair as Soft as Cashmere? We Put This New Blowout To The Test 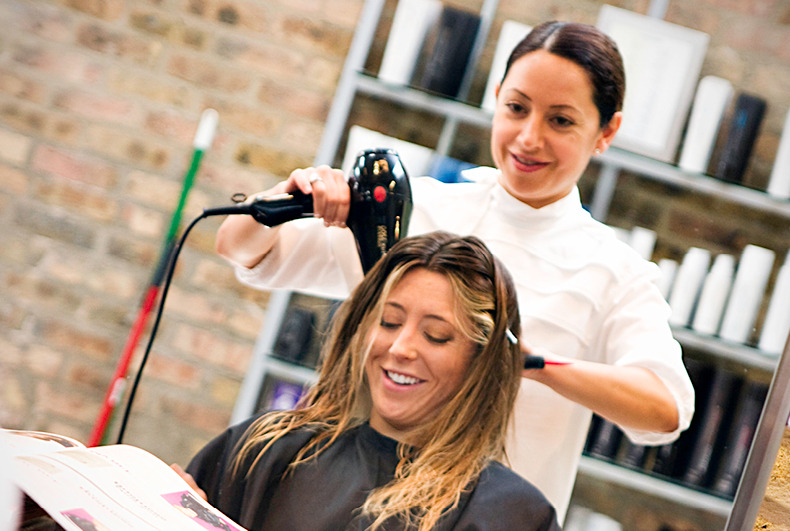 It’s the latest hair service blowing through the Windy City: the Cashmere Blowout. Developed by George Gonzalez, the founder of George The Salon, the cashmere blowout is a conditioning treatment plus finishing style in one. The idea behind is that a combination of heat-activated proteins and precious oils work together to add volume, texture, and leaves hair as soft as, you guessed it, cashmere.

Naturally, I had to head to George, which Elle just named one of the “Top 100 Salons in America,” to see for myself if the $50 service was as hair raising as it claims to be. Stylist Julianne Bryce, a 10-year veteran, first sat me down in her chair to fill me in on how the process works. She explained she'd use two styling products together to achieve the cashmere result—Kérastase’s new Elixir Ultime Oleó Complexe, which smoothes and softens, and Davines' Defining Texturizer, which gives hair a bit of texture. “It’s really the combination of these two products that sets this service apart,” Bryce explained. “You wouldn’t normally think to use them together, but they work really well in tandem to provide the desired results.” 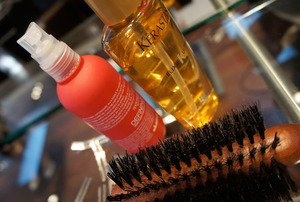 After getting a thorough wash and condition, Bryce added a root lifter, Kérastase’s new Lift Veritage. “That’s the great thing about this blowout, it can be completely customized,” she said. Because I have a good amount of hair with an overall fine texture, she recommended this first step so that my roots wouldn’t go limp later. She partially dried my hair, pulling at the roots with her fingers in random sections to build volume.

Next, she applied the Kérastase Elixir complex, which is quickly absorbed by the hair. Even though my hair was still wet, I could feel it get super soft and velvety. Then came the Davines texturizer, which acts like a beach spray to create definition and hold. Normally you’d air dry after using the Davines, Bryce explained, but for this particular blowout, she used a dryer and round brush on 1- to 2-inch sections until my whole head was dry. 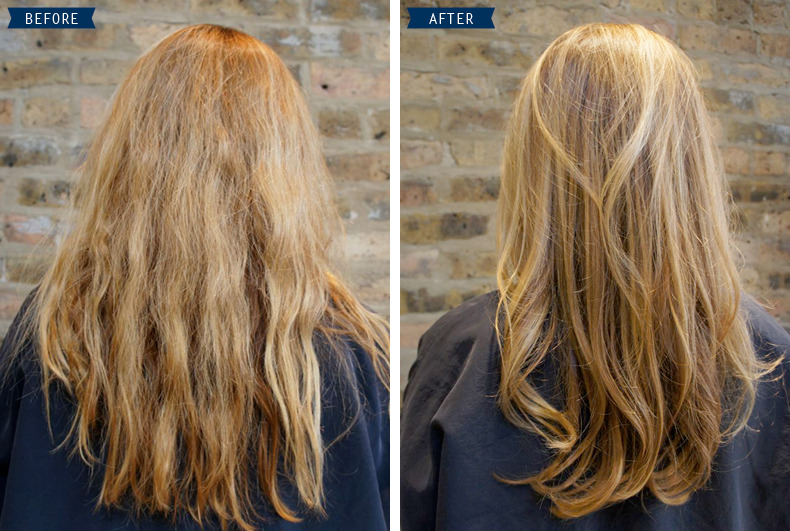 Afterward, I was left with bouncy, volumized locks that were silky and manageable, which is no small feat for my fine tresses. The blowout even held up for a few days! And while you could technically try it at home, we all know that pros have that magic touch. Based on the press, salons across the country are taking notice. If you're looking up to shake up your usual blowout, keep your eyes out for it. The extra volume and hydrating boost are worth a try!