The Los Angeles Haunted Hayride is a site and scene to behold for anyone remotely interested in Halloween. Set in the historically cursed old zoo grounds of Griffith Park, the tractor-pulled attraction draws in thousands of visitors (including a bevy of celebrities), using costumery, makeup, and 12 incredible live sets to tell a terrifying tale. The innovative storytelling and character creation, led by executive producer Melissa Carbone, goes above and beyond the horror genre—worlds filled with industrial, metal-weathered clowns, steampunk elves with mohawks, children of the corn, and as many types of zombie as you can lose sleep over. The attraction enlists 100 to 110 actors to dress the part, and the special effects alone are worth the ticket. A company field trip was certainly in order, and trust us—it's as spine-chilling as it looks. We wanted to learn more about the crazy makeup effects, so we went behind the scenes with Melissa and the special FX crew. Prepare to be both terrified and amazed.

“I grew up as a horror kid in New England, watching scary movies and loving Halloween and its attractions—haunted hayrides were really popular there. After I moved to Los Angeles, I always looked for a haunted hayride and there were never any around. So I stopped looking and made my own.

Every year we dig deeper into different elements of the same story. We originally started building the story based on real legends at Griffith Park and the abandoned zoo. That area is one of the most paranormally active areas in all of California. If you Google it there are tons of sightings—Carl Griffith actually shot his wife in the face because voices told him to. The grounds are cursed. We took the real story and embellished—we made it more intricate and tailored to the horror genre. This year’s theme—The Congregation—looks at a community from the perspective of a cursed orphan boy bringing in dark magic. The church erupts into flames.

The character creation is one of my favorite parts of the year. We have a big roundtable in January when we brainstorm the scene and themes. This year we have a huge cathedral, so we thought about the set and how it activates. Obviously, no church is complete without a crazy demon priest. Once I had the idea in my head, I used a computer program to come up with different looks. I knew I wanted him to be animalistic with horns, but with long robe priest garb as well. So I gave him this big long red velour robe. He was definitely the show-stopper.

We have a special effects team of 10. They make custom silicone masks and creature suits, and apply the prosthetics and airbrush. We do a lot of our own fabrication. It takes about three hours—from four to seven pm—to get everyone ready each night. Keep in mind that’s not a long time for 100 people. We perfected the art of guerrilla warfare makeup. It’s not like the movies where you sit in a chair for eight hours with prosthetics and bald caps. Our staff is trained to work at the speed of light. Before the season starts, our special effects director Melissa Meyer holds a workshop with the team, and everyone gets a character assignment. They rehearse that look over and over again and get really good and fast before production opens. Getting the makeup off takes only a half hour. The team properly removes all prosthetic pieces, but the actors leave with the rest of the makeup on. By the time we get out, it’s already three in the morning.

A lot of my inspiration comes from things that scared me as a kid—things that could really happen. Something real, not supernatural—so you can’t mentally separate yourself from it. A lot of what’s in the ride is taken from something that could actually happen—we like to blur the lines of what’s real.” 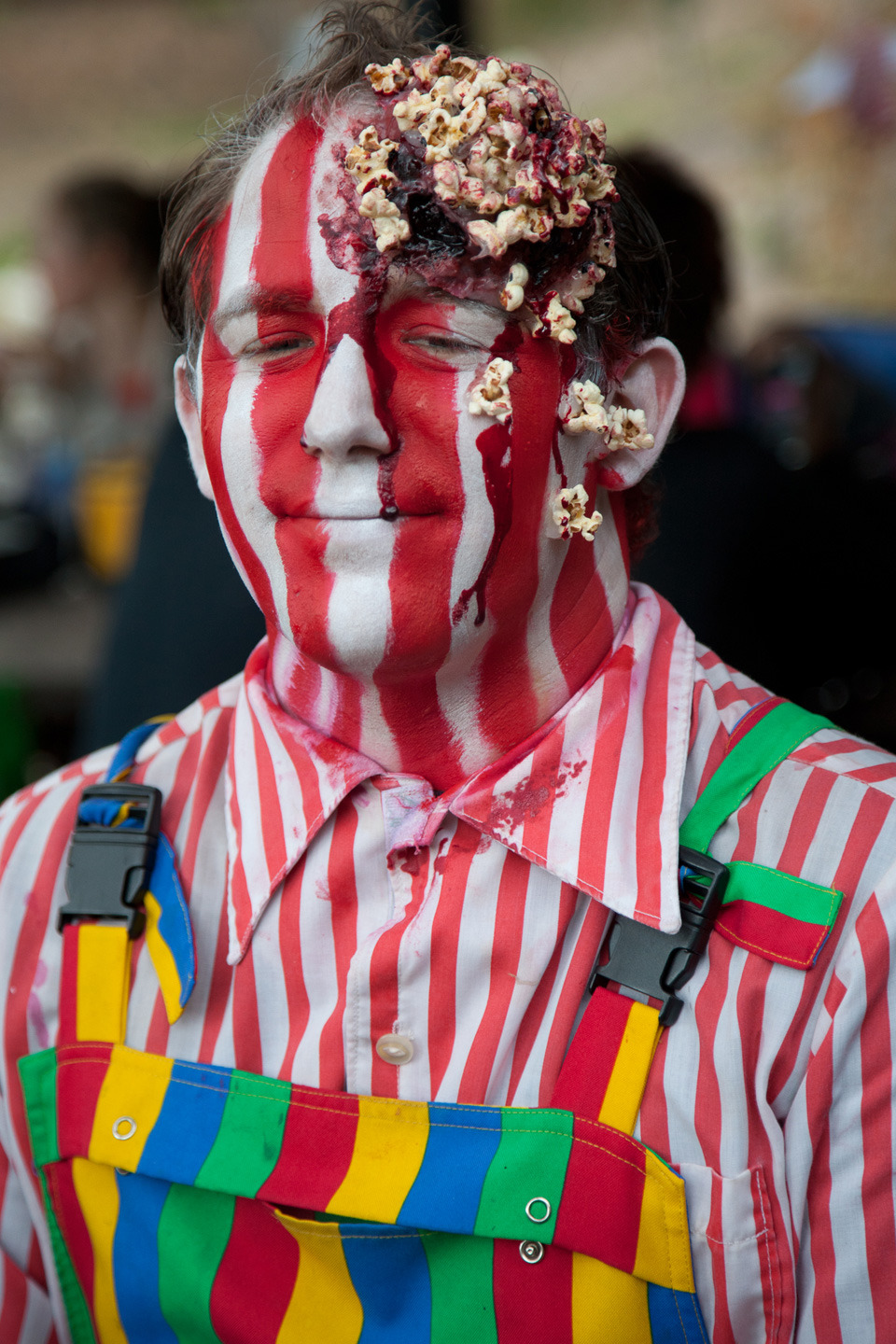 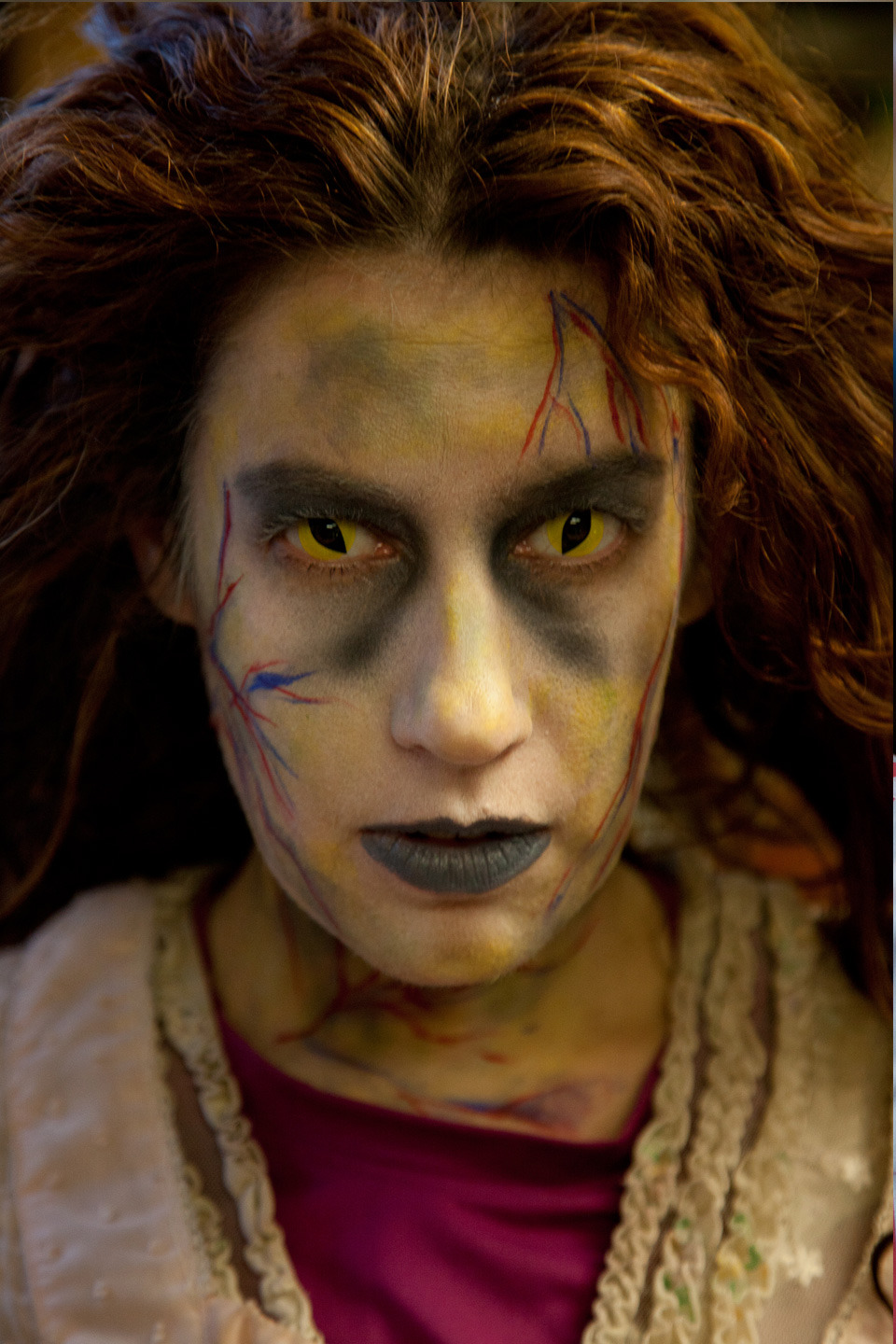 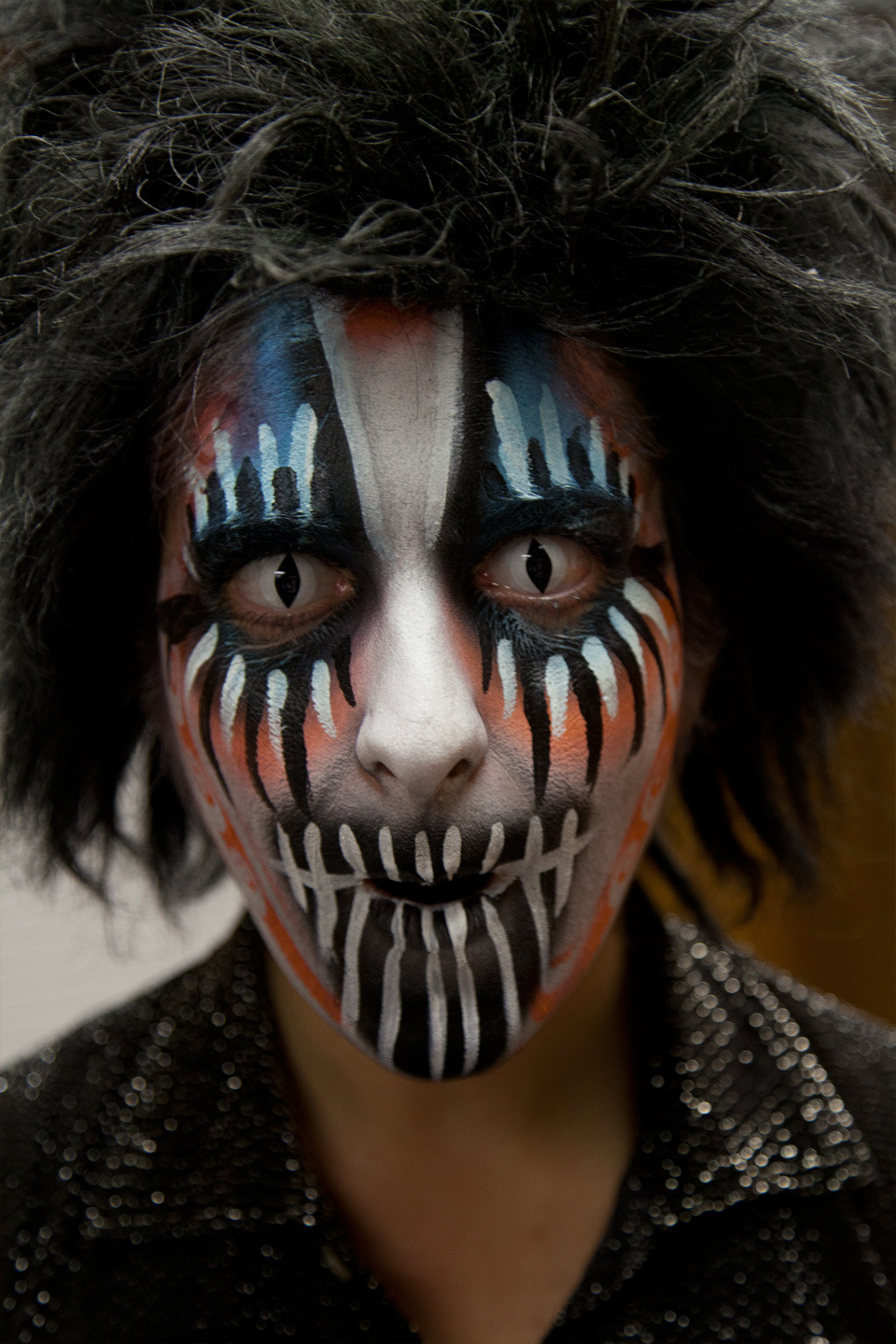 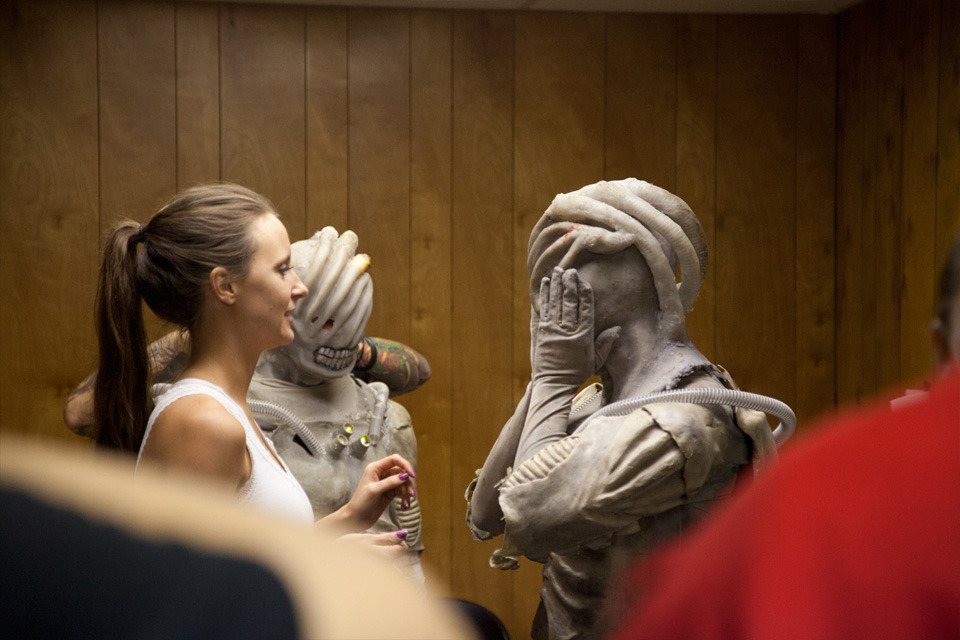 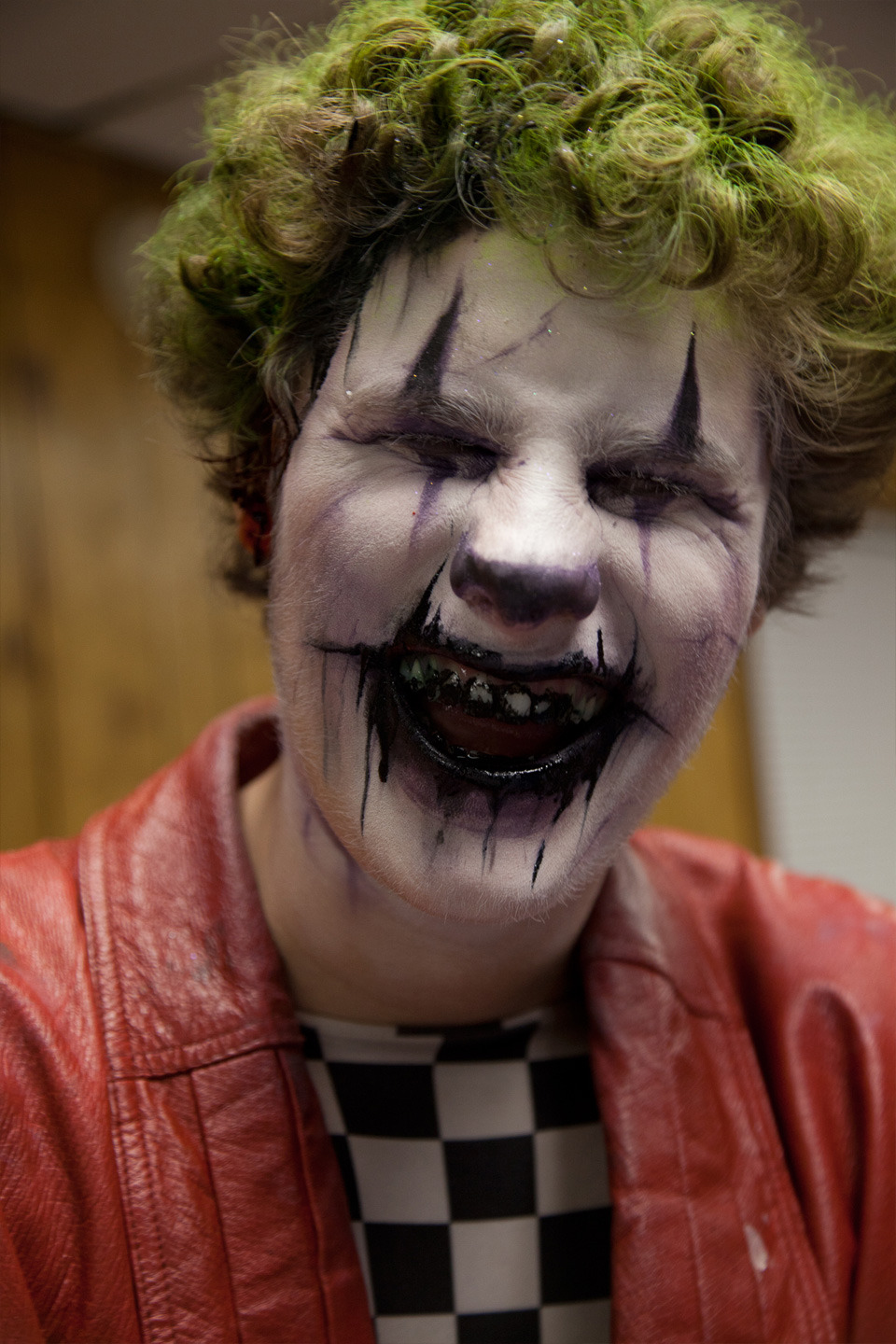 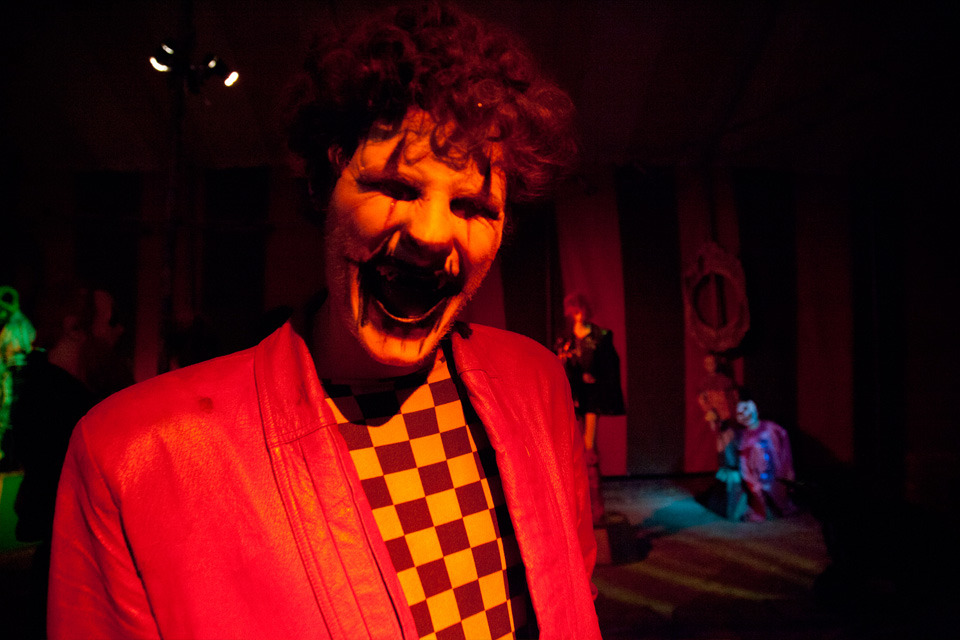 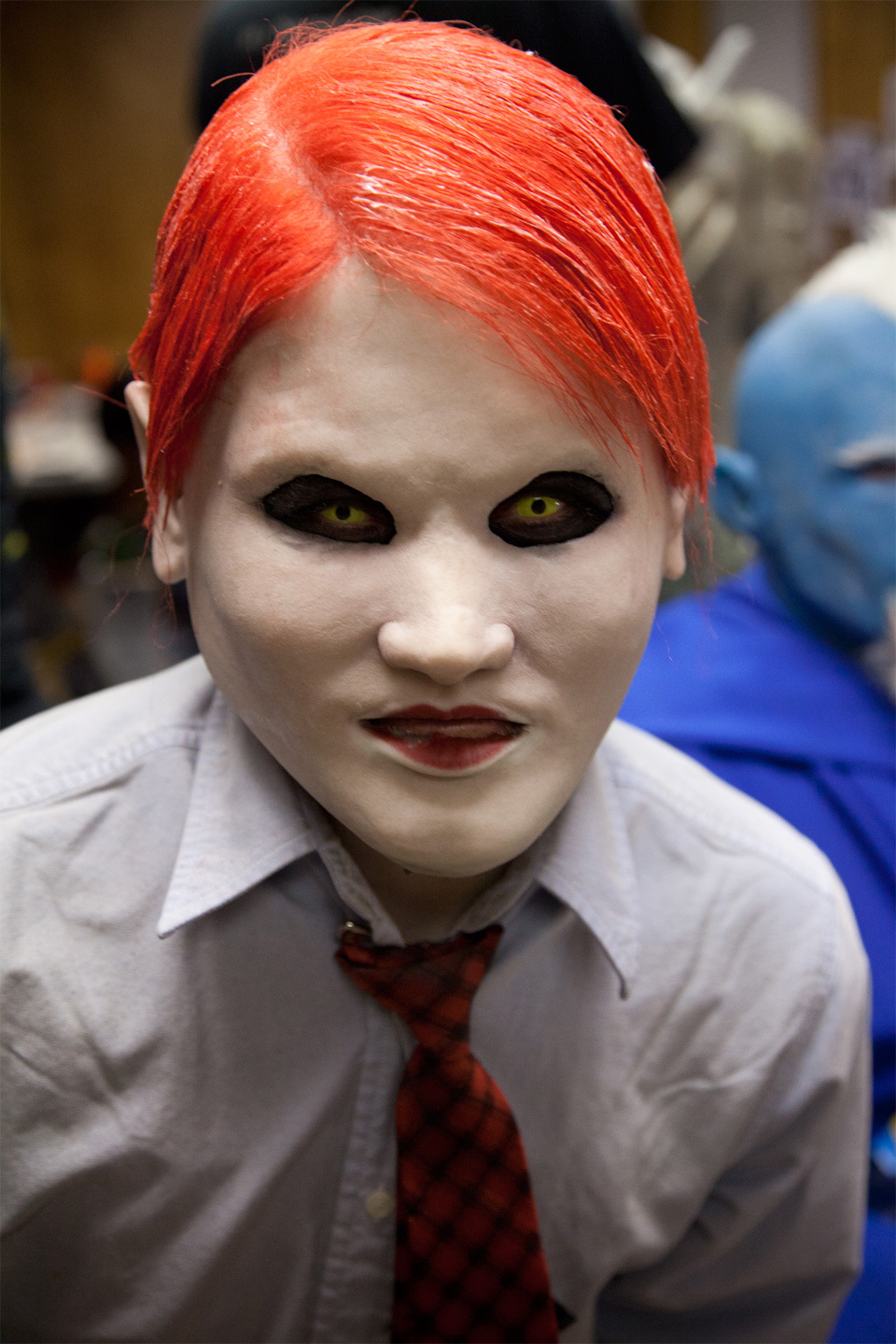 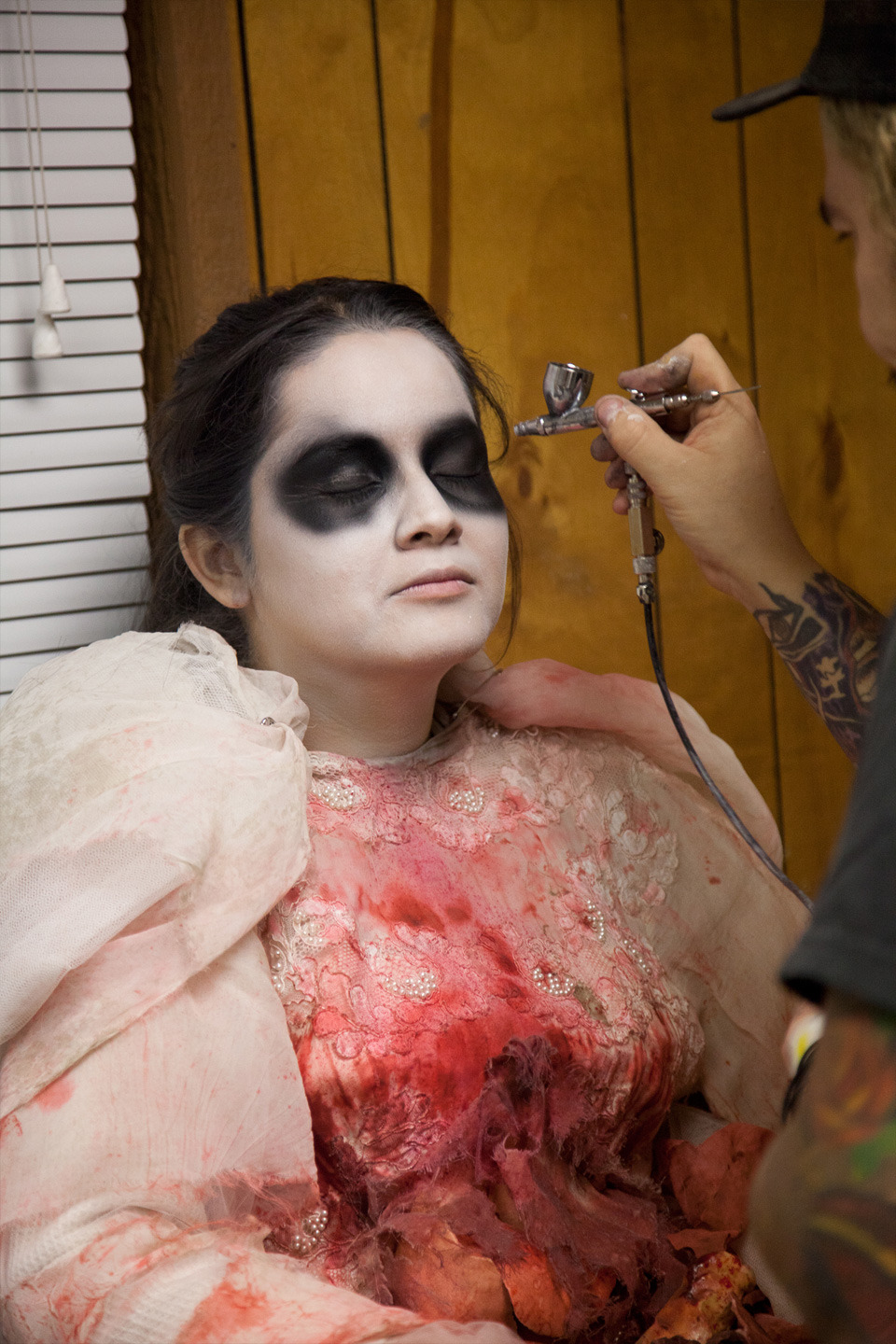 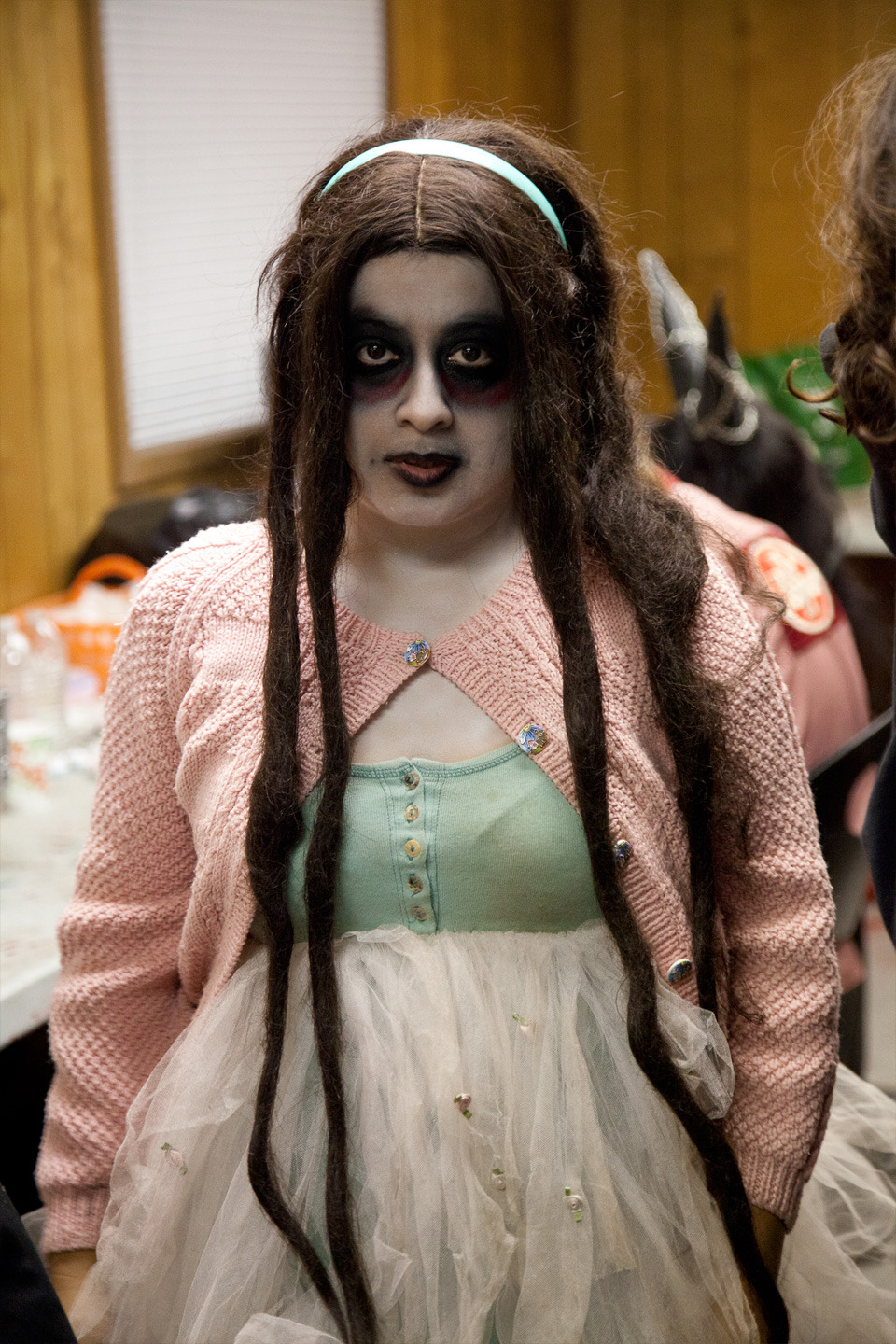 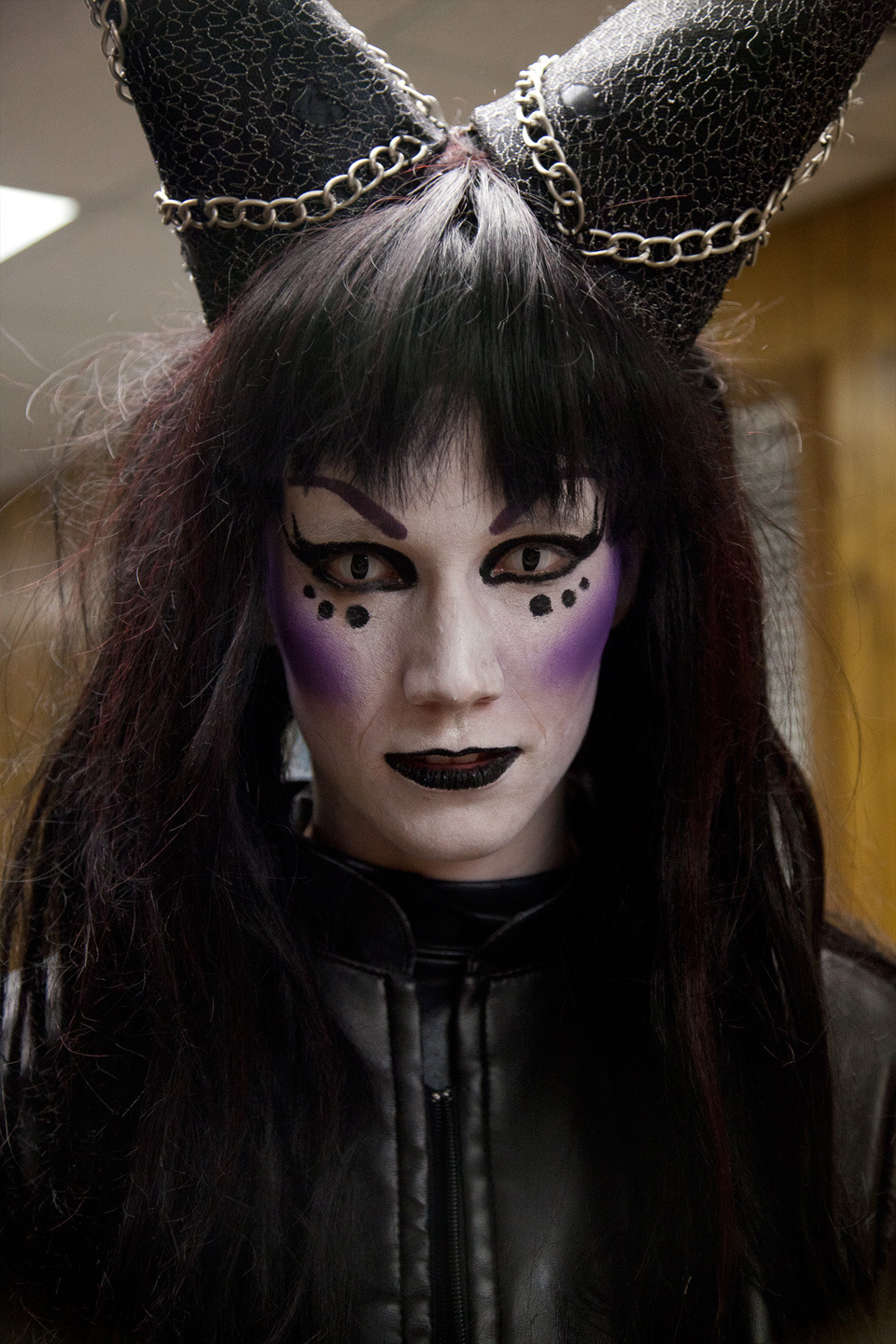 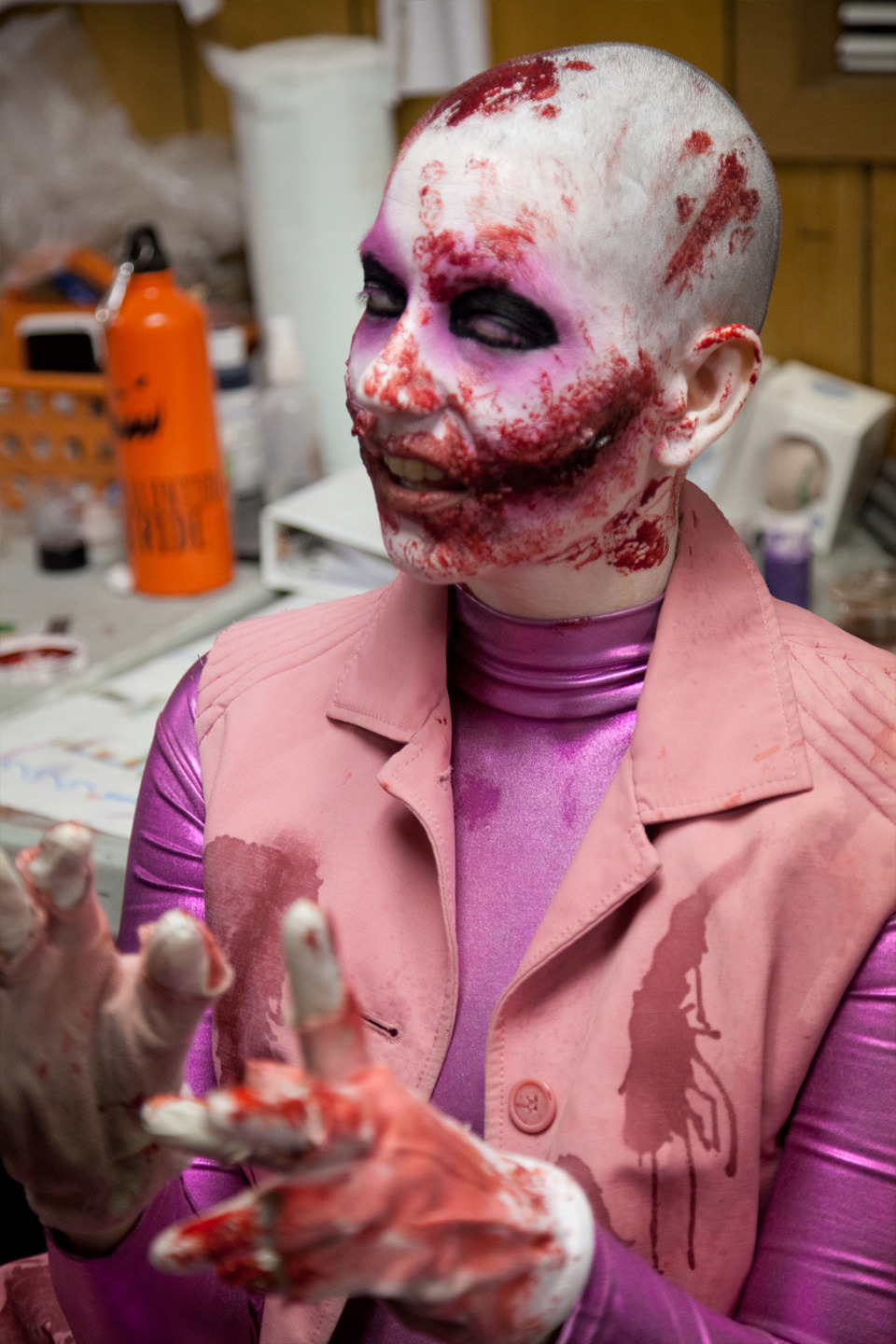 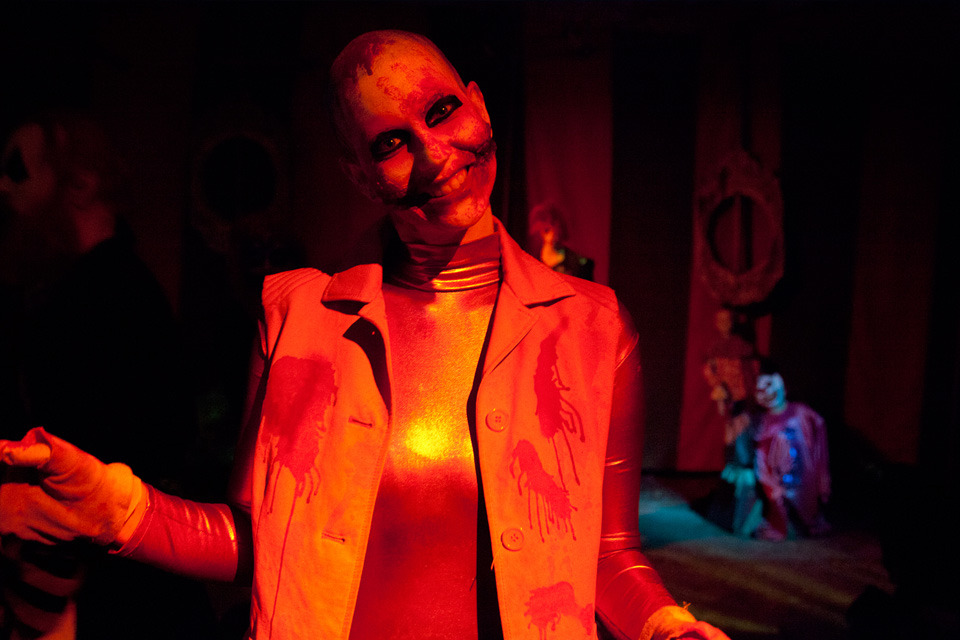 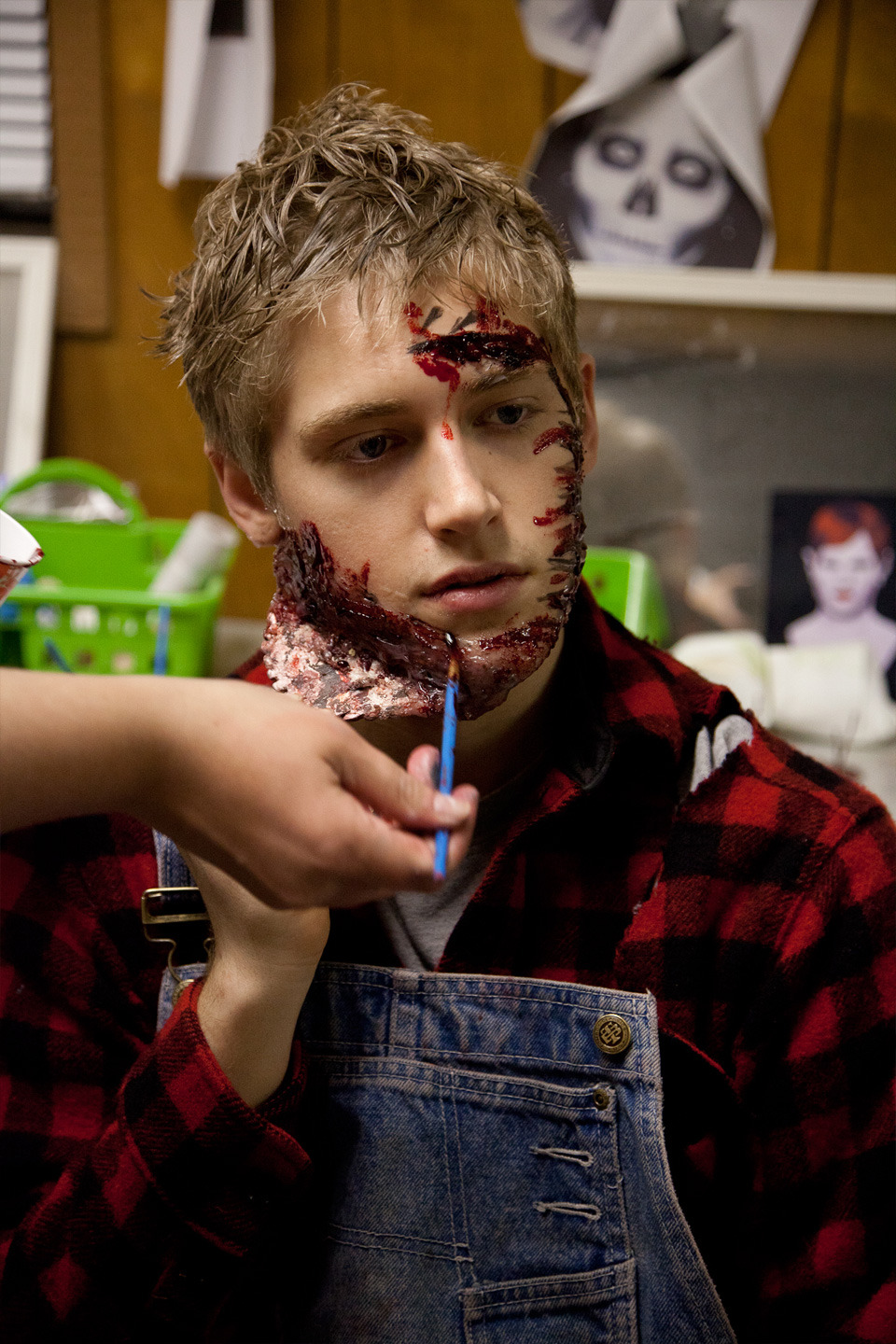 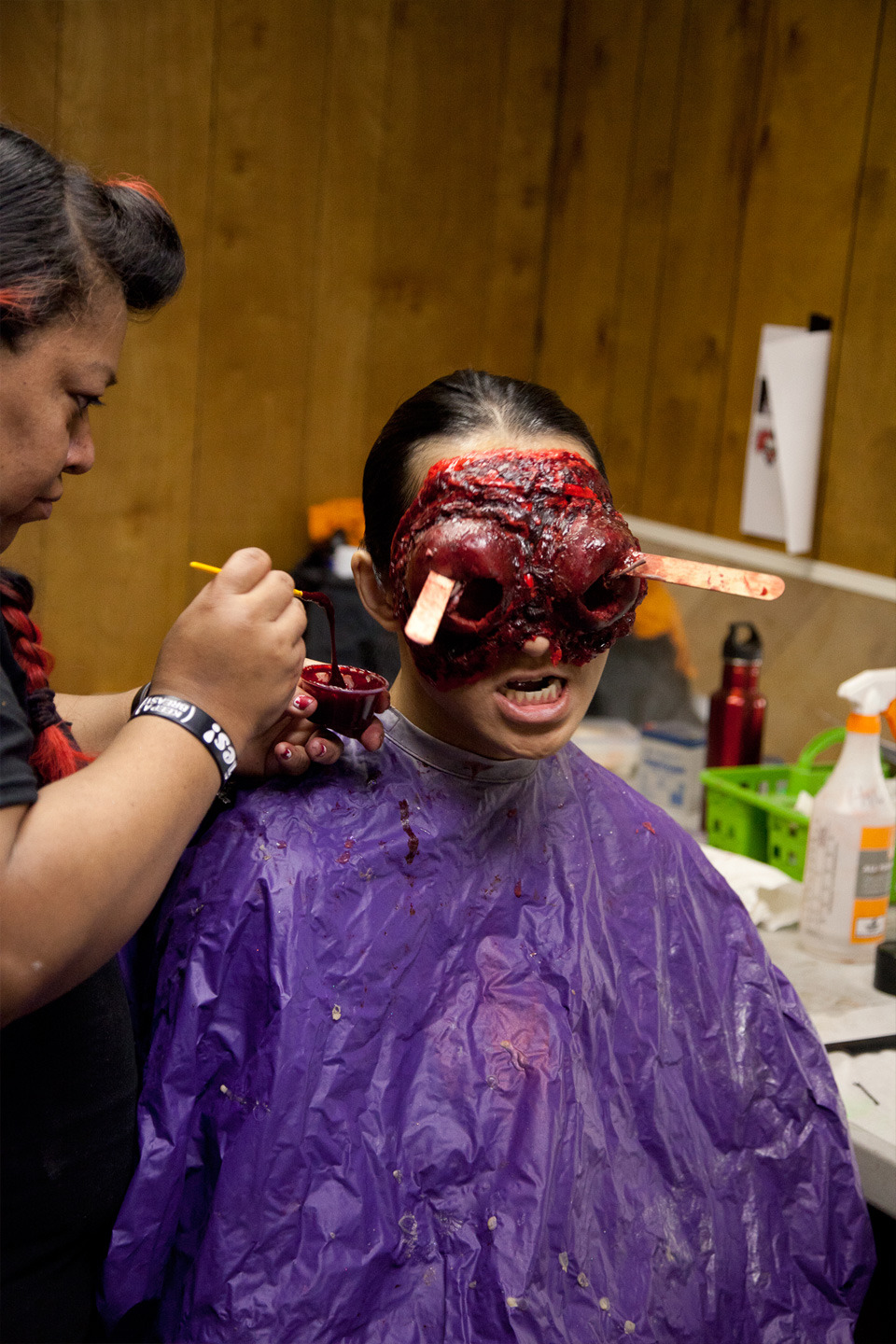 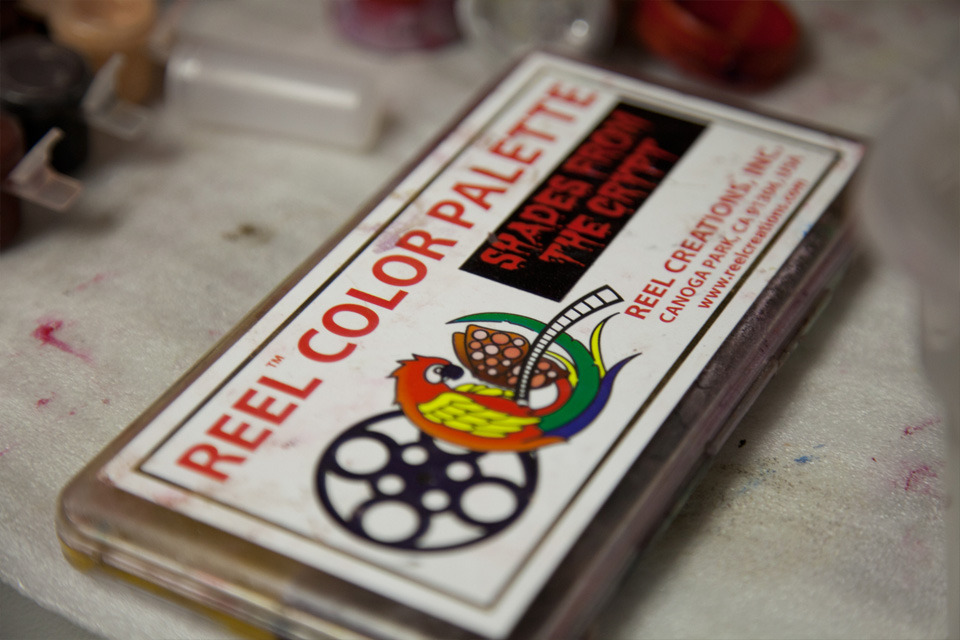 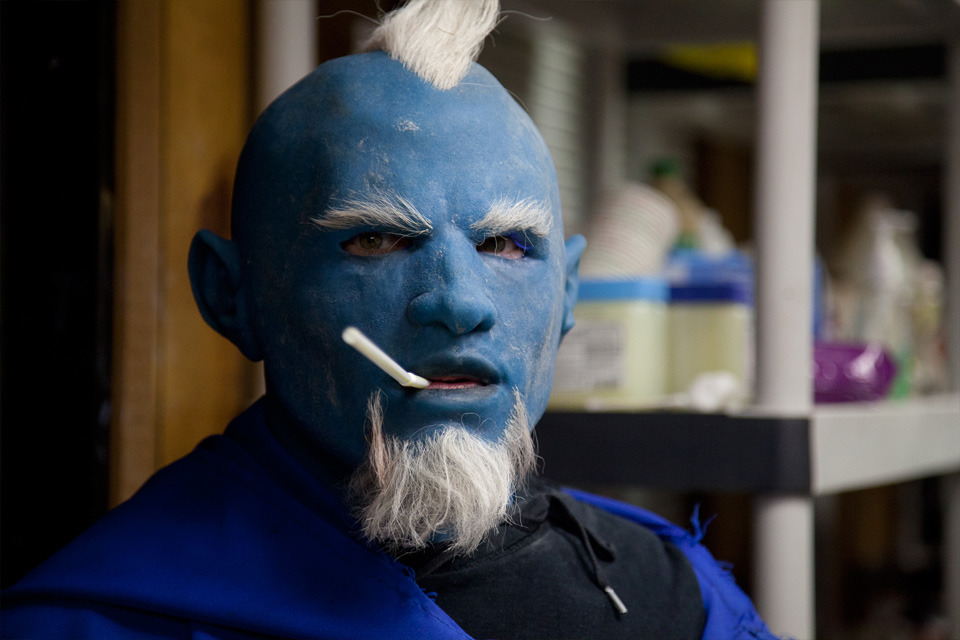 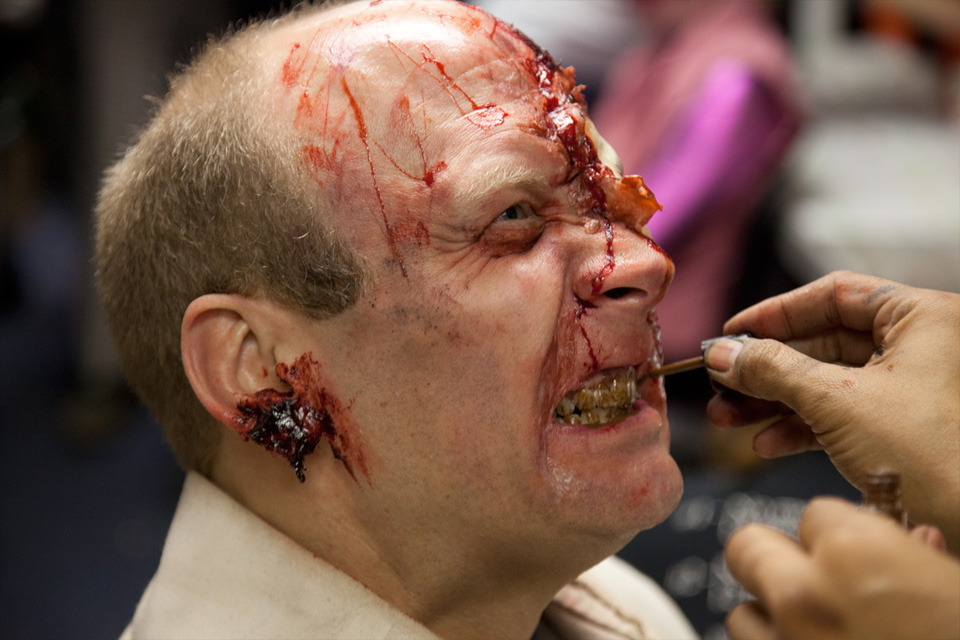 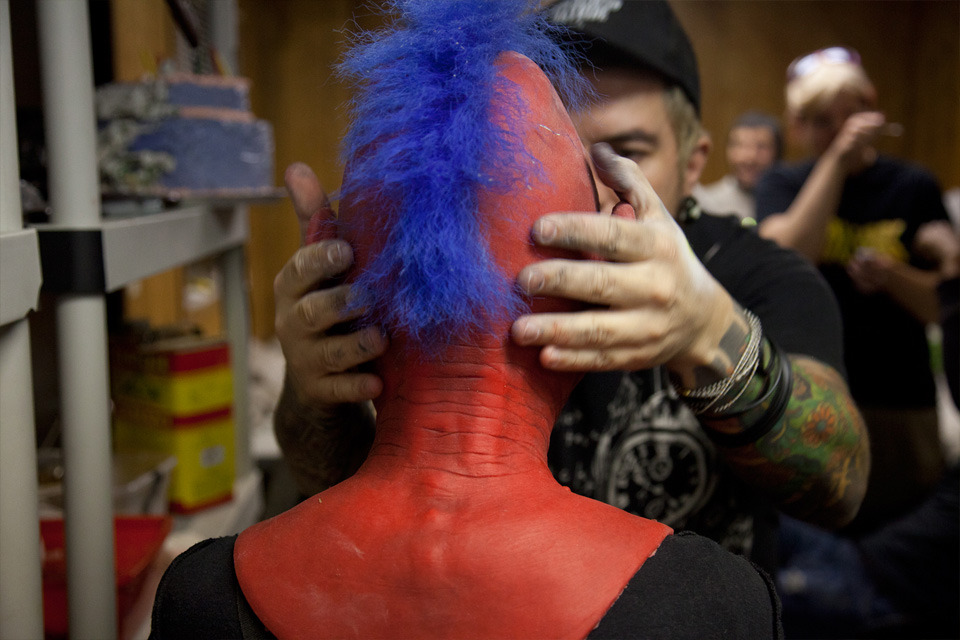 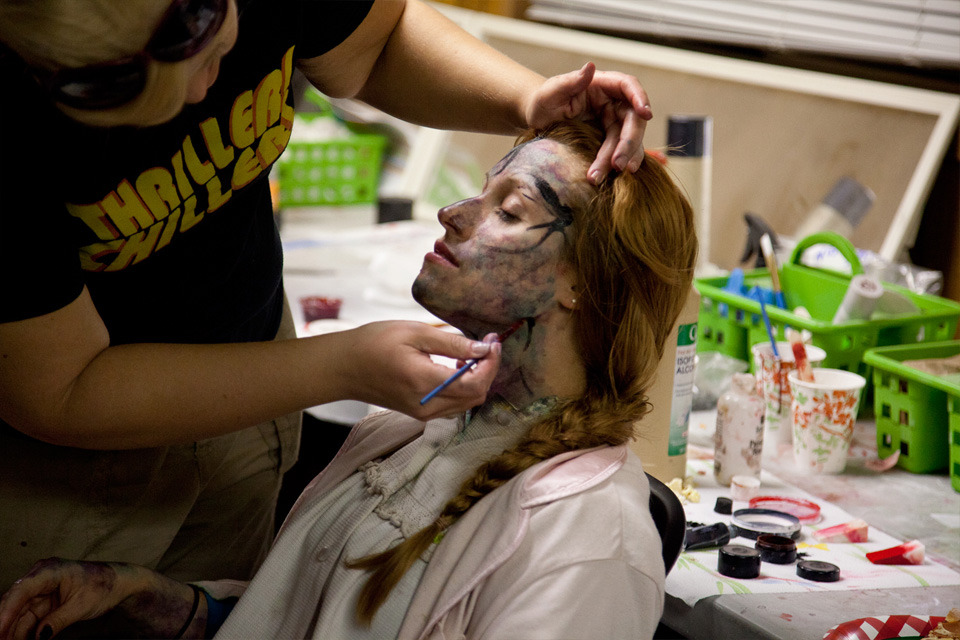 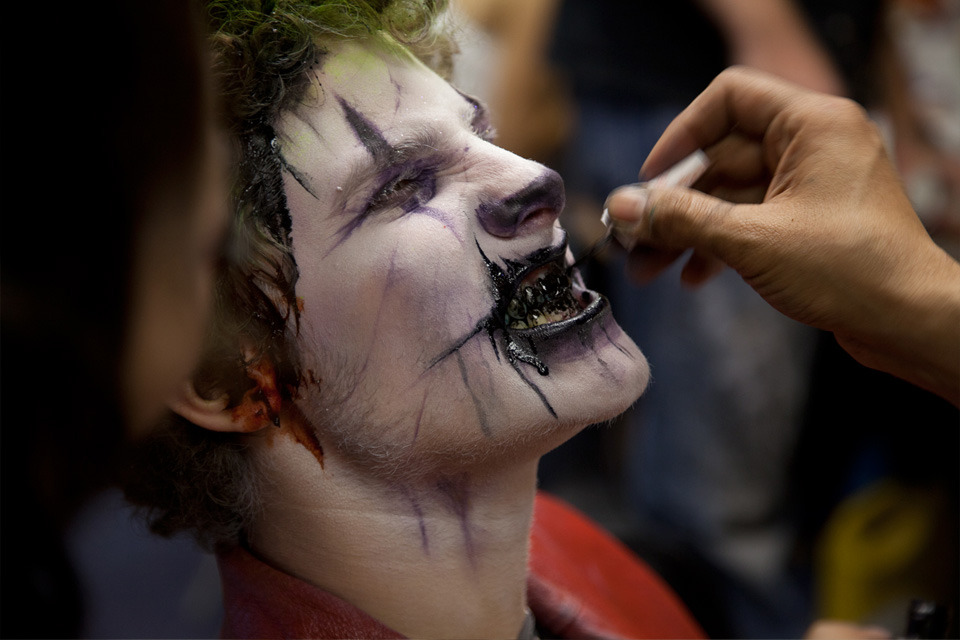 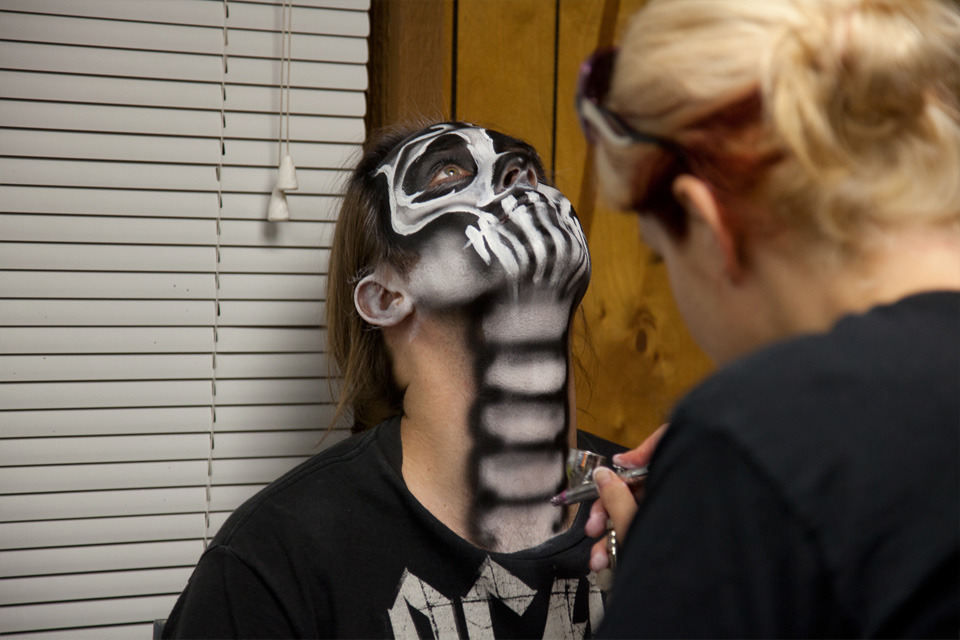