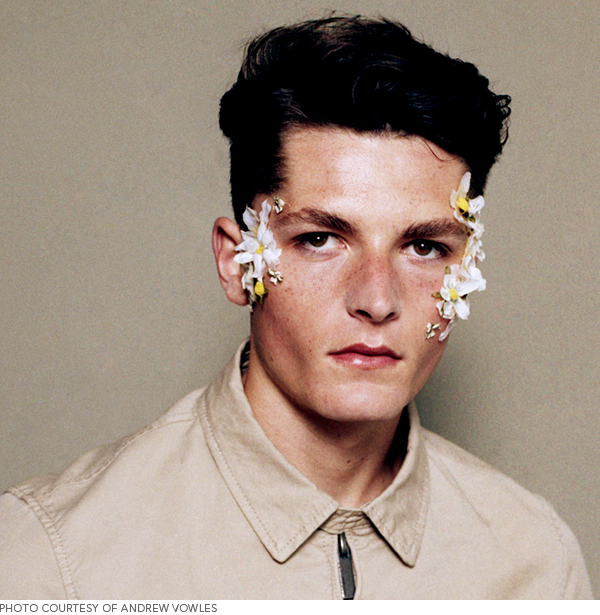 Inspiration can be found anywhere. In a film, on the street, in nature. An eye shadow design can be discovered in a sunset, a lip color on a graffiti-covered wall. Looking at everything with open eyes will make you more creative, and maybe a little more willing to experiment. This week, we were inspired by Christopher Shannon’s spring 2013 menswear show in London. Male models weren’t just striding down the catwalk in cool, multi-colored shorts and sports jackets, they sported 3D flower appliques on their faces and colored streaks in their hair. We wanted to know more, (this was a men’s show after all!) so we chatted with makeup artist Lauren Parson for some behind-the-scenes info.

B: Can you tell us the inspiration behind the makeup, which is a lot more dramatic for a men's show! Is there a reason Christopher wanted something so bold?

I've done Christopher's show for the past three seasons. It's great for me as he has a genuine interest in beauty, he always loves to do something. The first time I worked with him we did fluoro-frostbitten eyebrows on some of the boys. Each season, he very much takes part in the trial before the show. He comes up with ideas beforehand, shows his inspiration references in relation to the collection, then lets you start putting the ideas into fruition. This collection was based around British folklore, and he wanted something to reflect that on the face. We also looked at references of festivals and spoke about the fact that when boys get a bit drunk and everyone around them has a face full of makeup, they won’t think twice about sticking things on their faces... 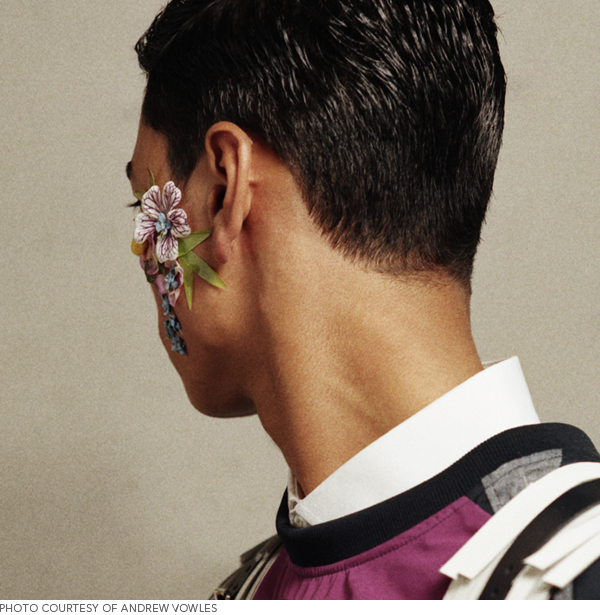 B: So the flowers are actually three-dimensional? What were they made of, and how did you affix them to the face?

They were 3D as we wanted them to look like real flowers. Each boy had a different look, so my assistant and I spent two days making each one from scratch using fake petals, plastic leaves, craft shop finds, and haberdashery bits Chris had used in his collections. I'm now mad for a fuzzy pom pom. To affix them, we used false lash glue and prosthetic glue to make sure they stayed in place through cigarette breaks and quick outfit changes.

B: How is the experience of working on men at a men's show, as opposed to women?

I love shows but working on a mens show is a tad less stressful. I like men to look natural, so I tend to only conceal where needed. It’s also quicker—you can get a boy ready in 10 minutes as opposed to the 40 minutes it takes on a women's show. But apart from that they're really quite similar. 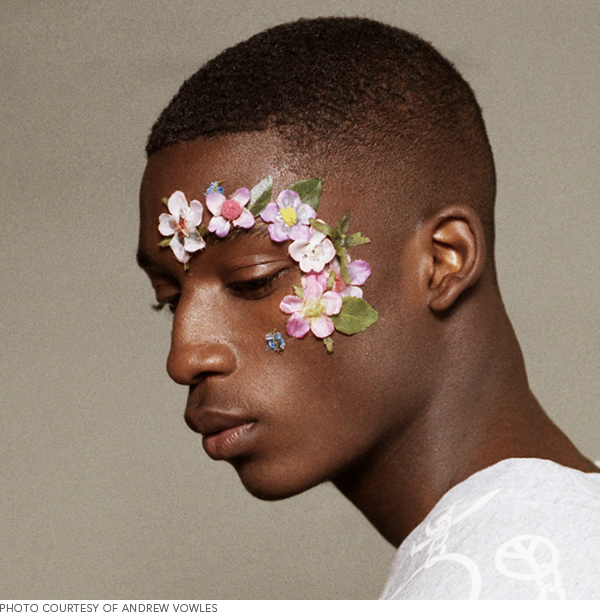 B: Did you use any other products on the guys?

Just normal grooming products, really. Clean, moisturized skin, a bit of concealer, and a bit of lip balm. I wanted the boys to have that 'outdoor glow' so I created a low flush—like the one you'd get naturally after running around—under the cheekbones near the jaw line. Whilst the boys were in the lineup, I patted a few freckles on their faces with eye pencils. Oh, and as a final touch, a little eyebrow gel to tame unruly brows.

B: What inspires you to create new looks?

Each job I do is different, but ultimately I want to make a person look the most beautiful they possibly can. I suppose the inspiration comes in trying to execute the look in a fresh, modern way.