Bold Beauty, Down Under 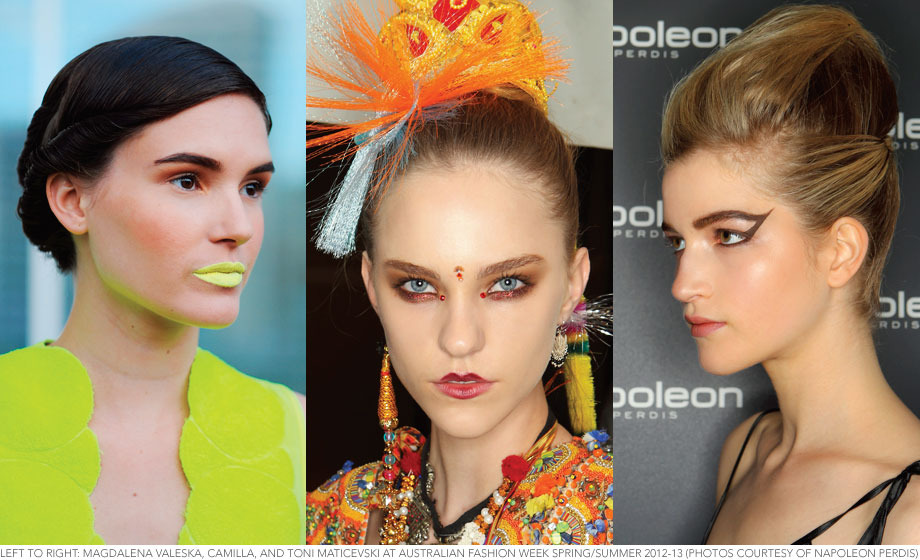 Australian Fashion Week has wrapped, but it wasn’t the clothing we swooned over, it was the beauty! From traffic-stopping lipstick to Egyptian-inspired eye makeup, models walked to a different kind of beat Down Under. All of the vibrant looks got us thinking—why are designers from Oz more willing to experiment with bolder beauty on the catwalk, rather than the mainstream, minimalist  approach we see on runways at Milan, Paris, and New York fashion weeks?

Makeup artist (and fellow Aussie!) Napoleon Perdis created looks for 15 of the shows this season, and credits Australian designers with a freshness and nonchalance that others designers around the world just simply don’t have. “Aussies don’t care what anyone else thinks of them,” explains Napoleon. “They’re surrounded by incredible beauty and light, and they want the clothes and makeup to reflect that. They want the models to look happy, fresh and cool, and Aussie women aren’t afraid to try something new!” 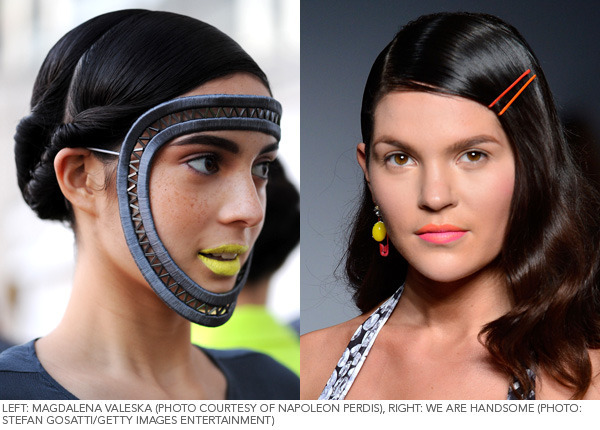 Designers such as Magdalena Valeska and We Are Handsome weren’t afraid to push the boundaries, and painted models lips in traffic-stopping shades of electric yellow, hot pink and red. “With Magdalena’s show, there was almost an aquatic feel, so we wanted the girls to look really fresh, but still pretty. Those lips just scream hello!” says Napoleon. “Just like with their fashion, girls in Australia see beauty as more about creating art than just making themselves look pretty.” 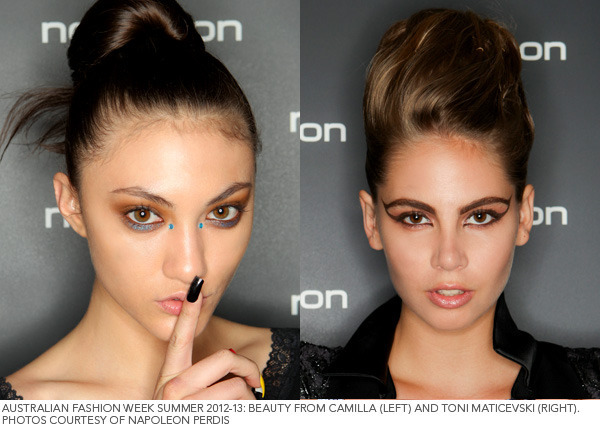 Toni Maticevski and Camilla were also favorites of the Beautylish team, each show sporting variations of dramatic eye liner effects. “I love Toni’s style!” exclaims Napoleon. “He’s another example of a designer that represents the mindset of Australians. He has his own style and he isn’t afraid to create what he wants, no matter how crazy it is!” The Nefertiti-inspired eyes were a mix of Old-Hollywood and Egyptian glamour, while Camilla’s gypsy, jet-set chic saw red eye liner elongating eyes. “Both of those designers have very specific styles and are willing to push the boundaries,” says Napoleon. The creative, imaginative mindset found at Australian Fashion Week reaches the makeup counter as well. “I sell a lot more color from my line in Australia rather than the US,” says Napoleon. “My Aussie consumers aren’t afraid to experiment and love to try a bright shade, whereas the US consumer is more focused on primer and foundation.” Whether it harks back to the incredible, lush landscape of the island continent, or a carefree attitude in general, Aussie gals know what they want, and aren’t afraid to try it.