Ke$ha Glued Studs to her Head, and So Did We! 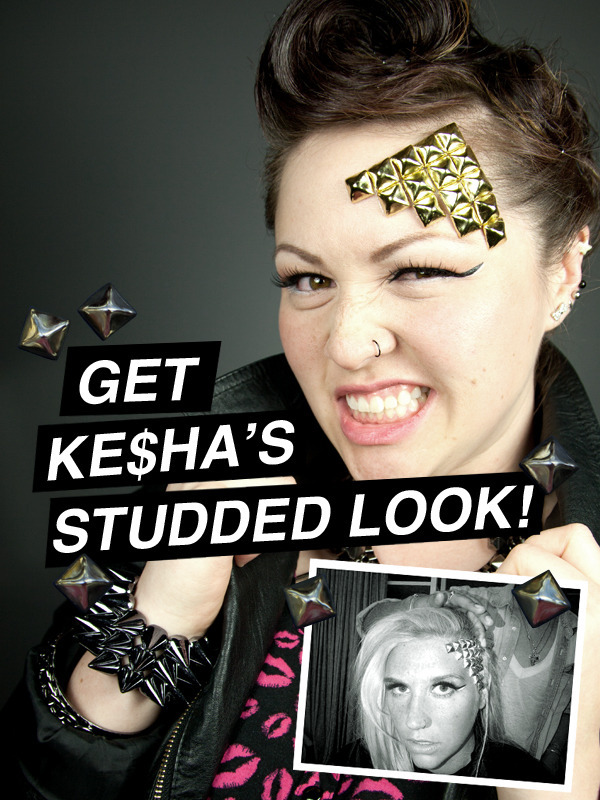 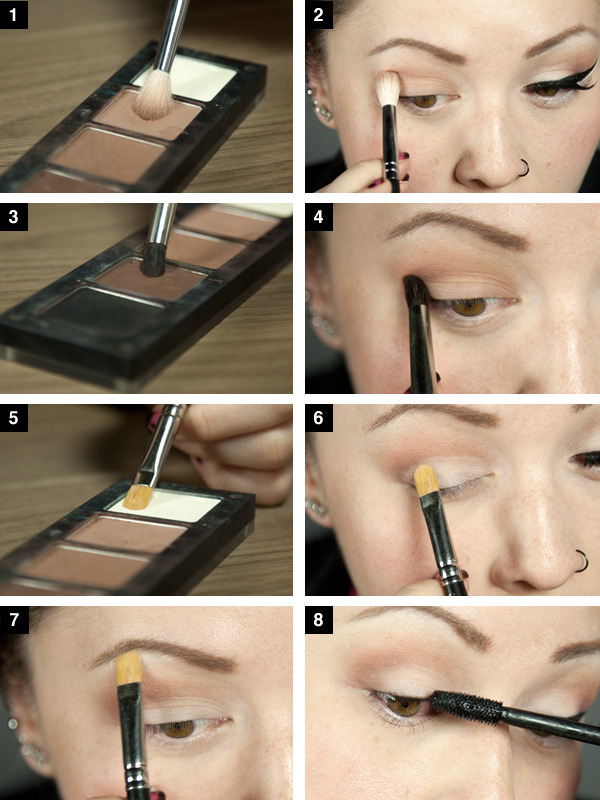 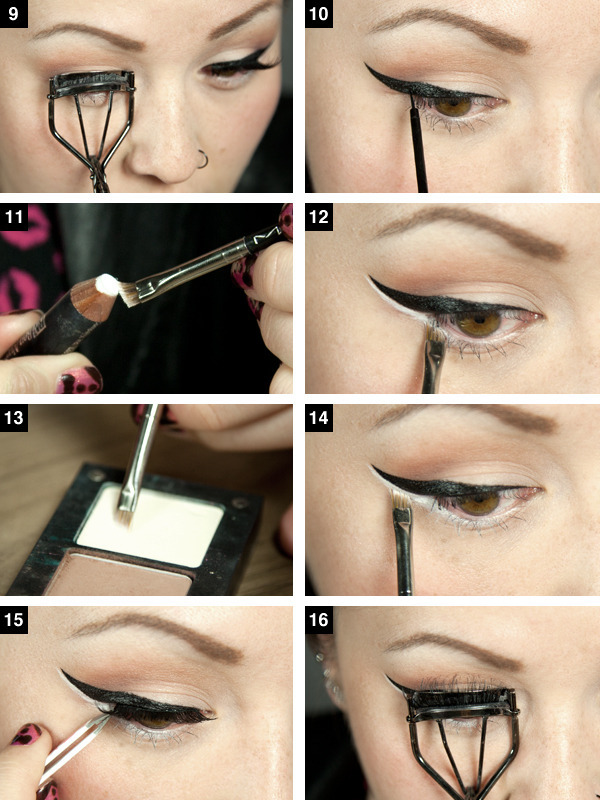 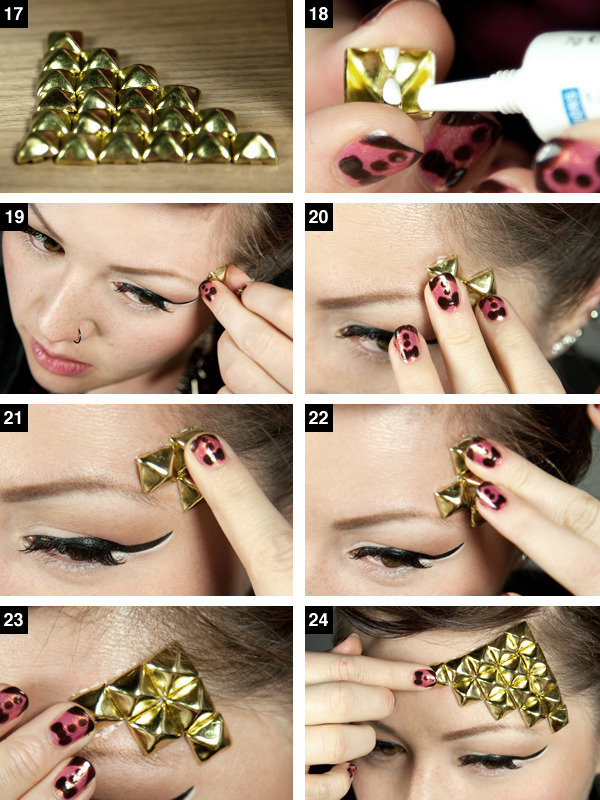 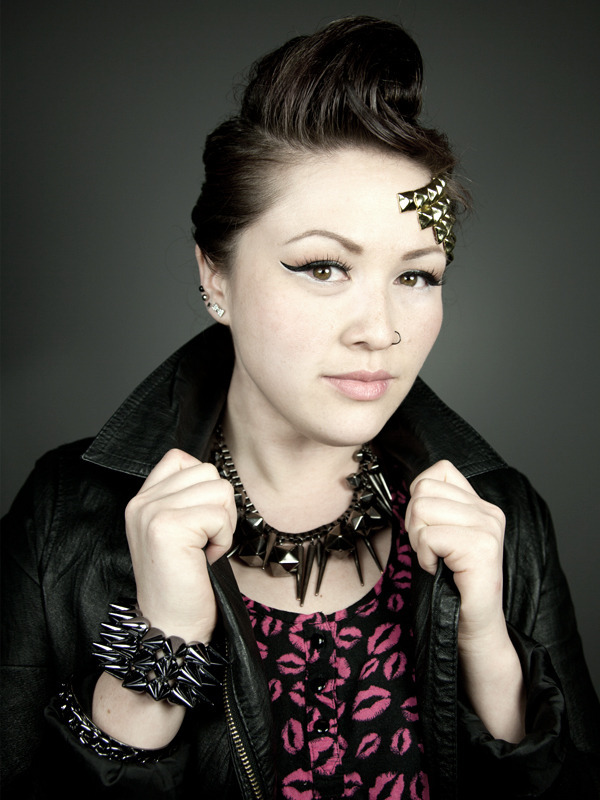 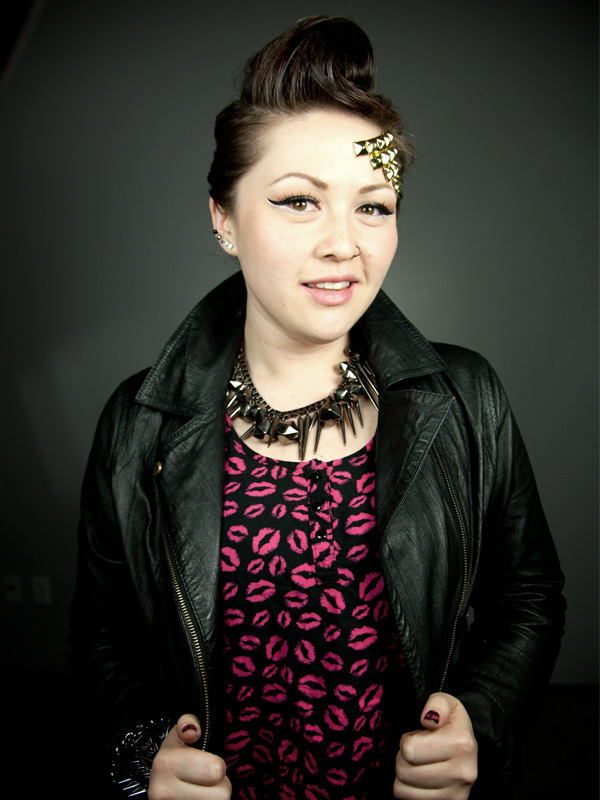 The latest beauty news to hit the Twitter-verse? Ke$ha's gold-studded hairstyle! Yesterday, the singer tweeted a photo of her half-shaven head adorned with cyber-cool gilded studs. While the songstress is known for her radically out-there beauty looks (hello blue lips and glitter galore), this particular style inspired us to try the design on ourselves! Don’t worry—our PG-13 version lets you skip the razor.

Ke$ha’s hairstylist seems to have glued the gold studs to the side of her head, but we created a similar design around the left eye brow. We purchased our metal studs from our local costume supply store, but you can easily order inexpensive versions from places like Etsy. We used 15 studs total.

Before you begin, use a pair of pliers to bend the prongs flush to the back of the stud (so they lay flat). Take your first stud and apply clear lash adhesive or spirit gum to the back of the stud—be sure glue gets on both prongs and the perimeter. This stud will serve as the corner to your 90-degree triangle. Wait a few seconds for the glue to set, then press the stud onto your skin until it feels secure. With each additional stud, build out your triangular shape. Don’t worry if things start to get messy—the lash glue dries clear and the subsequent studs will cover any flaws on your skin. When you’re finished with application, press on your studs to make sure they’ve firmly attached to your skin. Now spike up your hair, swipe on a glossy lip, and rock the streets! And for more rad beauty photos, be sure to follow Ke$ha on Twitter.