No mess, lash beautification for a Hollywood glamour look. Achieve lashes like the celebrities with this all-in-one kit. 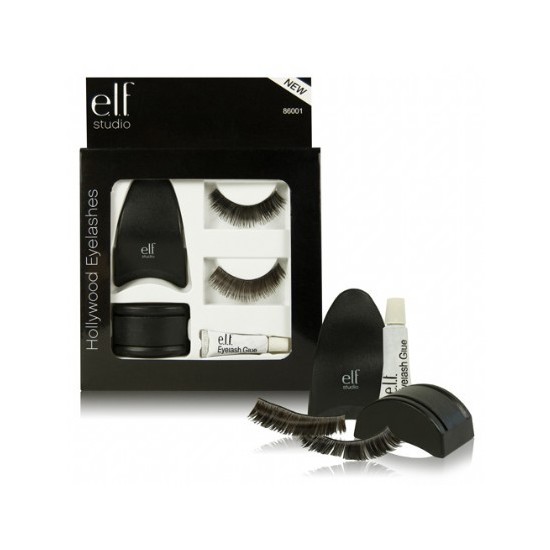 ELF, CAN I HAVE MY MONEY BACK?

I have had this product for a few months. I was very excited when I saw this on ELF's website, I thought to myself "Oh my god, these lashes look so glamorous!" Turns out they don't, they just make you look like a drag queen. (Perhaps I am being too harsh, but that's how they made me look..) Not only that, but when you see that the glue is included you instantly think "Oh, there's glue included, maybe I don't need to get that extra tube of duo that I have to get." WRONG! This glue is, excuse my language, absolute shit! I tried several times to apply these lashes with the glue that came with it, only to fail each and every time. Some other cheap glue by an unknown brand saved the day for me, way to go, elf. If you intend on making glue for a pair of these lashes, try not to make it useless next time?

Now to the lashes themselves, they were of such a drag queen look that it didn't look good on my eyes, no matter how much I trimmed them, it never ended up looking decent. The lash stand is kind of cool, your lashes could just be chillin' there, right before you put them on, they will probably be a decent tool for whenever you have a pair of lashes that you want to reuse, but don't have a specific place for, just place them on that lash applicator and reuse them. The lash applicator is in theory a good idea, and it might make it easier for some to apply these lashes, personally I could go without. I find it just as easy to use my fingers and my tweezer. Perhaps it looks like I've been really harsh and unfair, but this is my honest opinion and I don't see why I should give it any better review than this, I'm not being paid by ELF, and even if I was being paid by them, I would not be able to lie and say that this product is worth the money, because it's not. I paid 3.5 £ for this (I live outside the US), which is a bit more than just 3.5 American dollars, I definitely feel like it was a waste of money for me.