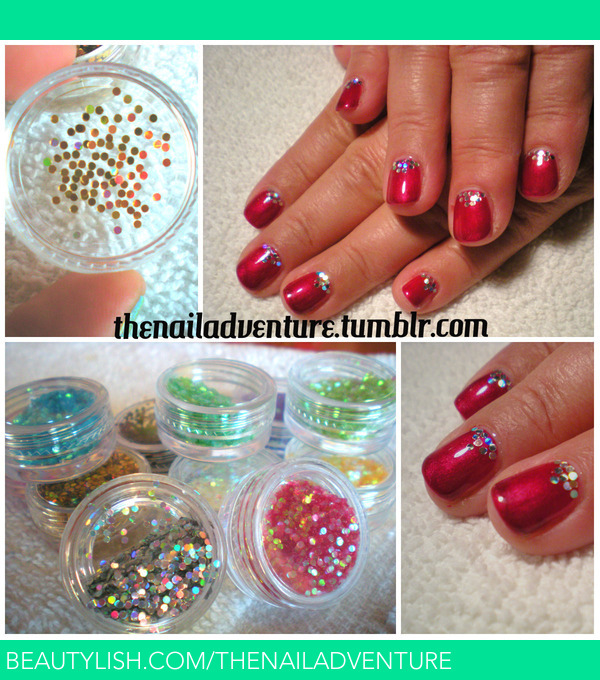 12 different colors and 2 finishes of mini round glitter

Package arrived safely and neatly packaged.
Some glitter did escape out of the containers.
I used to glitter with both polish and gel. In both cases the glitter did not bleed.

There is a large variety of colors included in the set, but the only thing that is odd is that

You can purchase the mini round glitter set from the glitter store with my 10% off coupon code GTBK31 at the BornPrettyStore.
http://www.bornprettystore.com/colo...