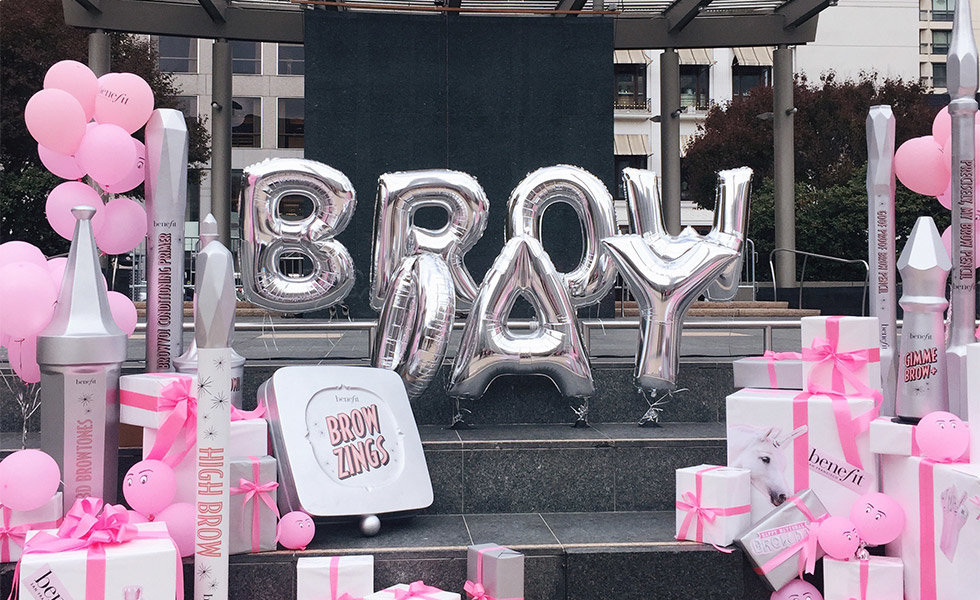 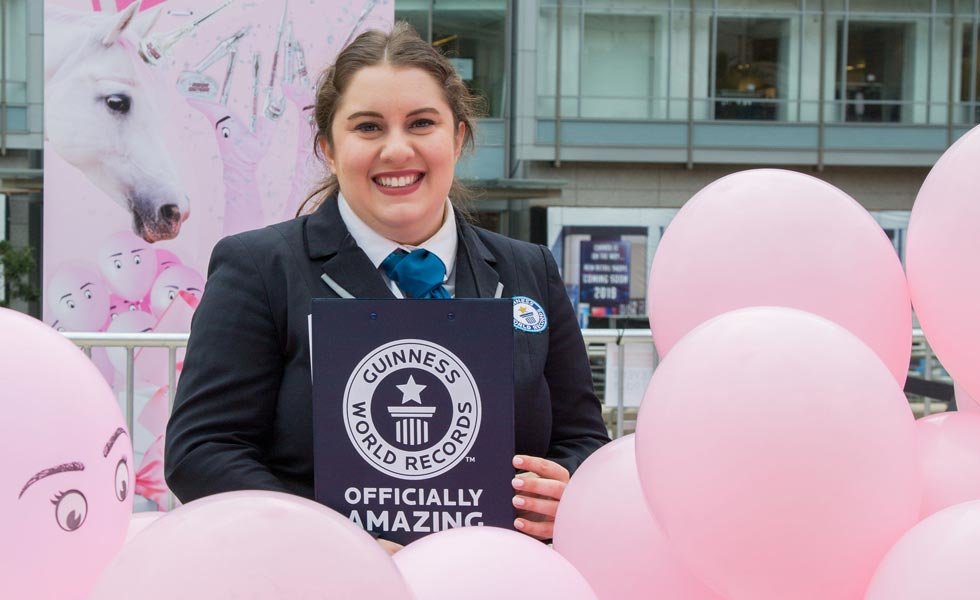 Upon arrival, each participant received a goodie bag filled with Benefit’s award-winning Goof Proof Brow Pencil, a hand mirror, and a hot pink poncho. The goal? Set the 250-person record for Most People Filling In Their Eyebrows Simultaneously. 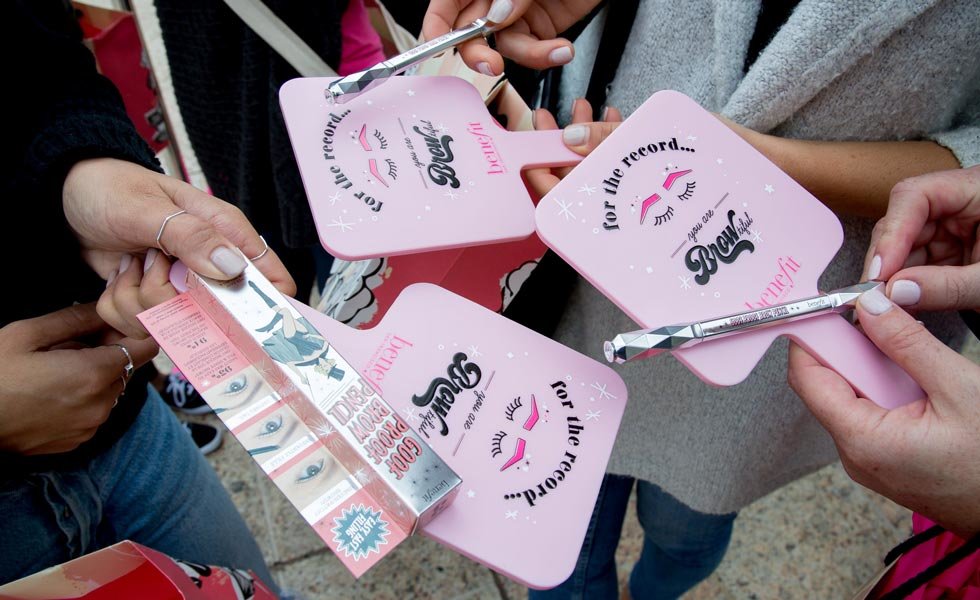 A total of 295 participants came, colored and conquered. And because Benefit never settles for anything less than defined arches, event-goers donned the gifted ponchos and set the record while standing in the shape of bright pink eyebrows. 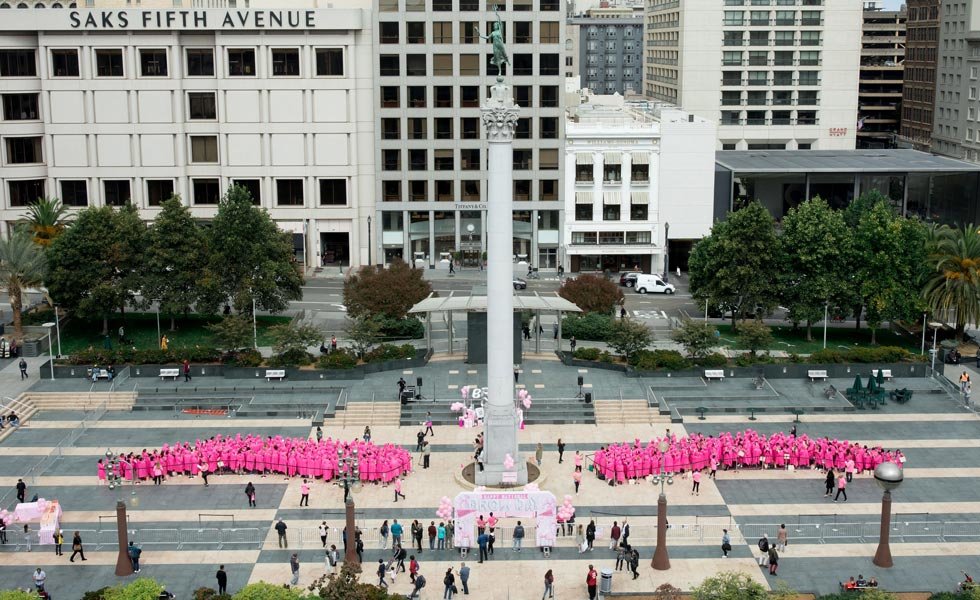 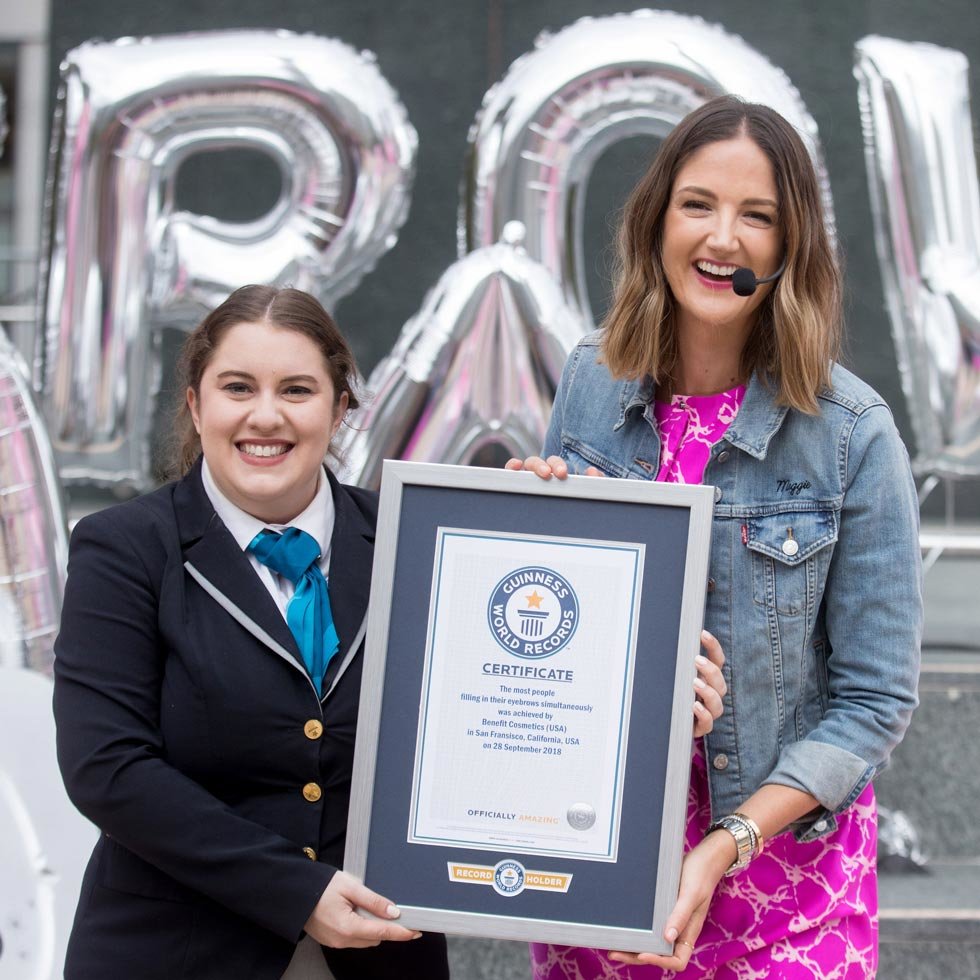 “I grew up in San Francisco, and I never thought in a million years that I would be hosting an event where my mom and aunt started this brand. It’s a special day for me,” said Maggie Ford Danielson, Chief Beauty Ambassador of Benefit Cosmetics and a 2nd generation “Benebabe”.

“With two giant pink eyebrows, we made our stamp, but we’ve got more marks to make on this beautiful city.”

I think Benefit made its mark on something bigger than Fog City. The event brought people together as one community—something that Benefit prides itself on fostering. “First and foremost, we’ve always been about community, about laughter, about having fun,” said Maggie, “It’s really about a feeling of unity at this brand.” 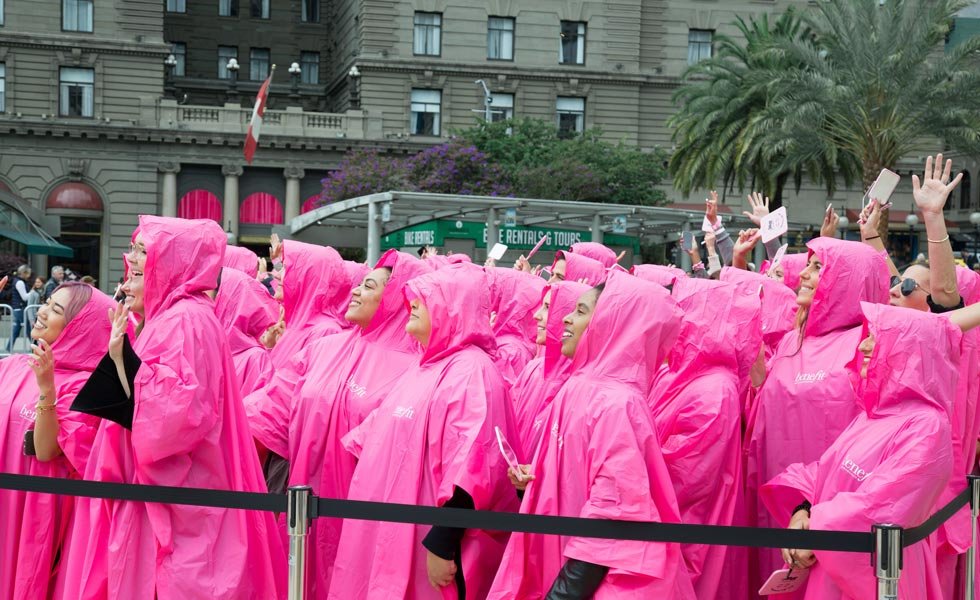 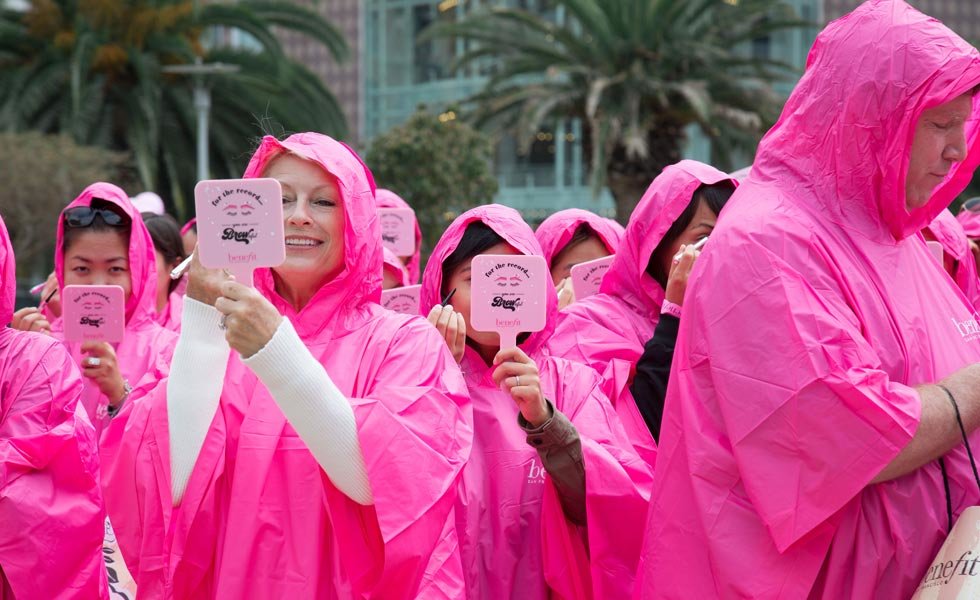 Looking out into a sea of nearly 300 ponchos, I saw people of all ages, genders, nationalities and brow shapes unify. They were not only on their way to achieving a title, they were celebrating the cohesion of beauty and individuality. The mirror given to every participant reads, “For the record…You are Browtiful,” a punny reminder that beauty is boundless and within everyone.

I guess you can say Benefit’s brow accomplishment is one small fill for brow lovers, one giant leap for human kind. 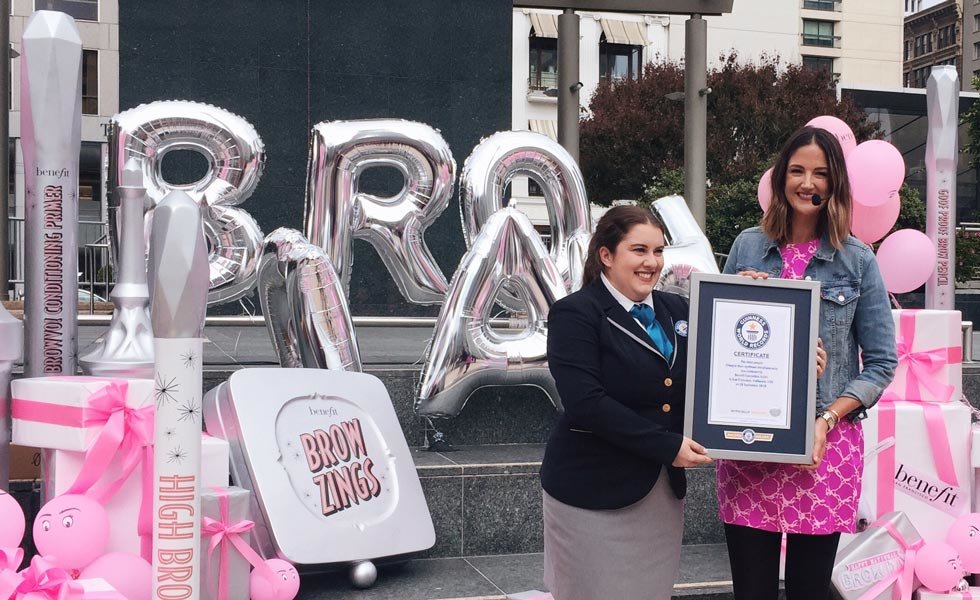 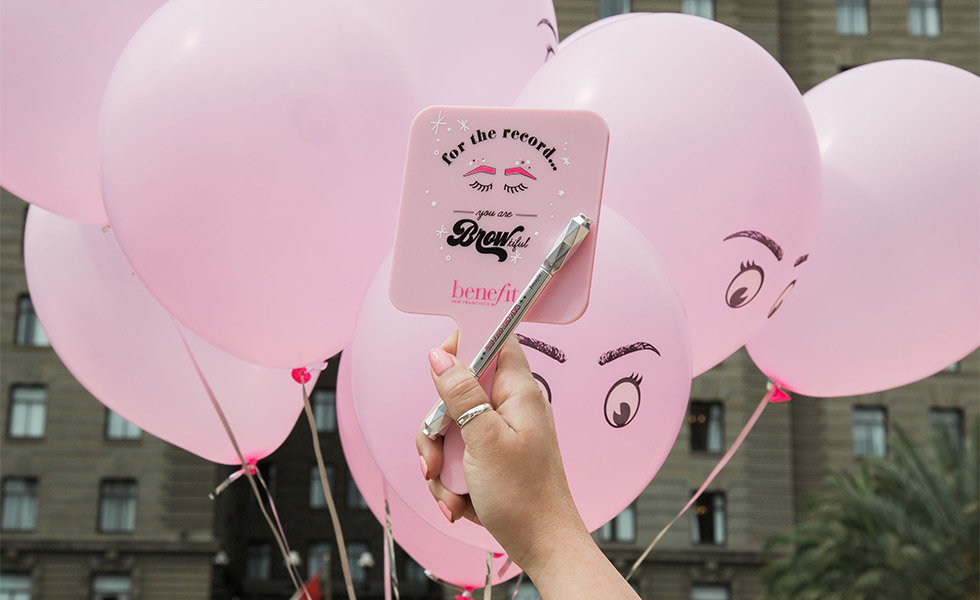