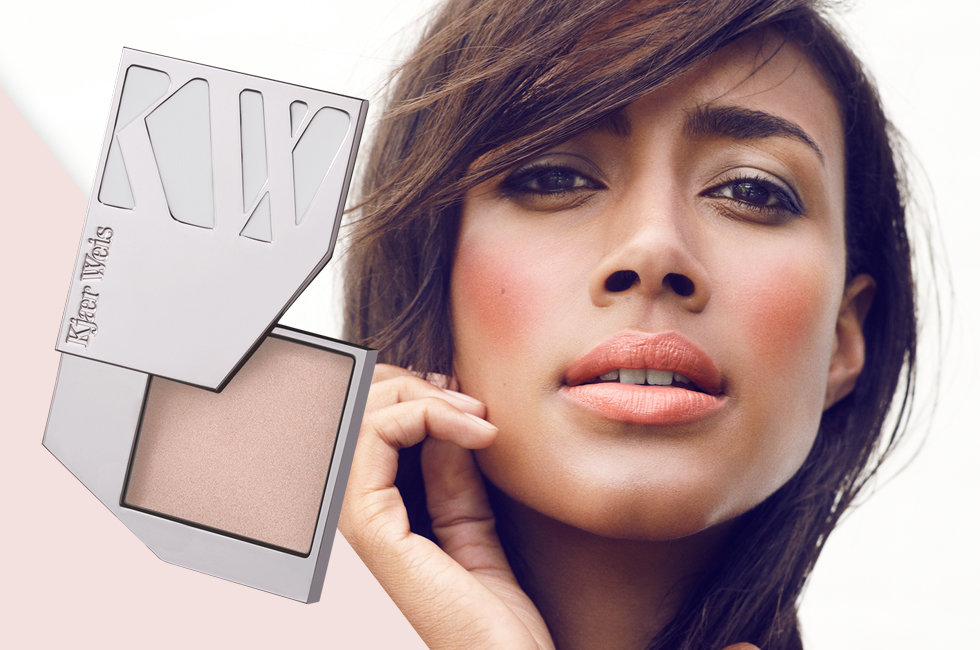 The most recent addition to the Kjaer Weis’ cosmetics line has us all lit up. Their all natural compact highlighter, Radiance, has quickly become one of the biggest must-try’s in our store. An Allure Best Of Beauty award winner, this pink-champagne tinted highlighter dabs on creamy, creating a warm, glowing effect rather than a shimmering party look. The highly blendable formula melts in like a moisturizer and works on a range of skin tones.

We spoke with founder Kirsten Kjaer Weis for her top 4 ways to wear the Radiance highlighter. Here are her tips below.

Though some have nixed the idea of highlighter on the nose, Kirsten swears by it—especially for photoshoots. “I apply it along the nose bone, starting between the brows and down to the tip,” she told us. It’s a subtle nose contour technique suitable for days when stripey foundation would feel like a mask.

Instead of applying highlighter to the browbone, Kirsten chooses to wear it as an eyeshadow. “I put it on the moving part of the lid,” or, the center of the eyelids. “If you are wearing a smokey eye or even a light eyeshadow, Radiance added over a color creates this beautiful effect”. We love the idea of adding a little shimmer to our everyday shadow routine.

Up Near the Hairline

“I like to put just a little bit around the hairline on the forehead,” Kirsten tells us. Though we worry the effect may read as sweaty or shiny, Kirsten insists a light dab will instead bring a certain overall glow to the face. If you can keep the shine elsewhere at bay, this is a pretty look for those who go bang-less.

Of course there is always the traditional way to wear highlighter: the cheekbones! Kirsten suggests beginning with her cream blush, applied in a circular motion to the apples of the cheeks, followed by Radiance highlighter along the highest point of the cheekbone for a toned look. “If you’re not as familiar with highlighter, this is the look I recommend,” Kirsten confides. “I’ll often put a little bit on my cheekbones and that’s it. That’s what feels beautiful to me”.