Four Strange Skin Care Substitutes You Have To See To Believe 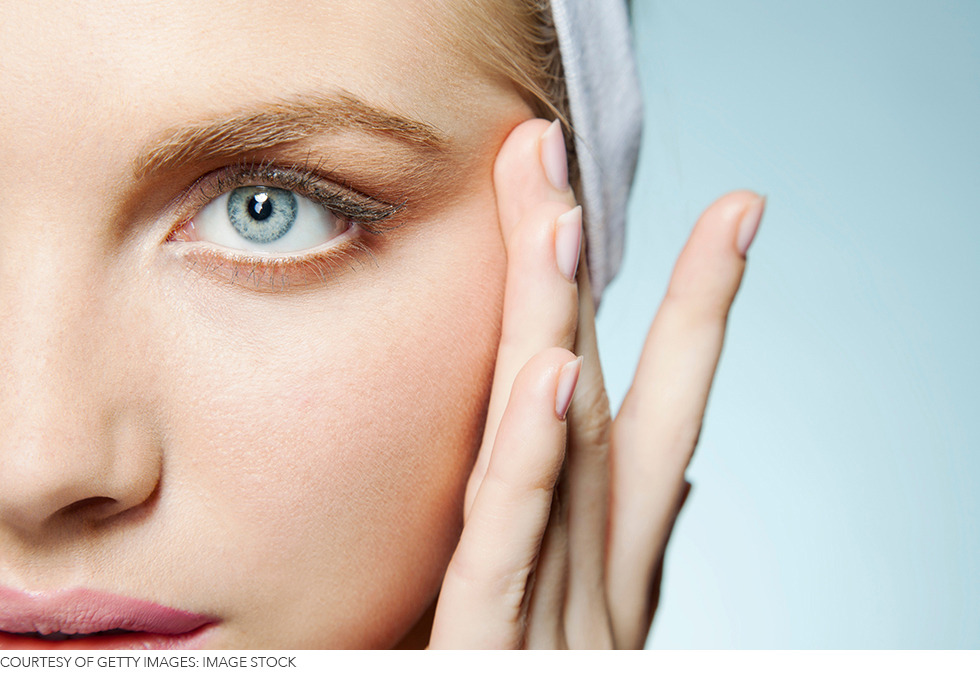 So you’re down with dupes. You know all about coconut oil’s magical hydrating properties. And you certainly aren’t afraid to use that cherry chapstick as a cheek stain in a pinch. But what about some of the more odd product substitutes out there? We raided the medicine cabinet (and made a trip to the kitchen) to test out some of the internet’s most bizarre beauty claims.

What it’s supposed to be for: Hemorrhoids
Beauty repurpose: Undereye de-puffer

Our take The first application made my under eye area sorta slick and greasy, with no apparent de-puffing. Disappointed, I hit the internet to research further. Turns out that the ingredient that constricts blood vessels (and thus helps de-puff), Live Yeast Cell, was removed from the formula following FDA regulations. Bummer.

Bottom line The brand’s official stance is that Prep H "helps shrink hemorrhoidal tissue and is not meant for the area around the eyes. There is no clinical evidence to support that it reduces eye puffiness." Plus, when I tried a second time for the sake of being thorough, it stung my delicate under eye skin. Not a cute look. Skip it.

What it’s supposed to be for: Mouth sores
Beauty repurpose: Lip plumper

Our take While the minty gel feels mighty odd on the lips, the formula does seem to impart a slight plumping by gently irritating the area (which is what lip plumpers are all about). Afterward, my lips feel a bit numb and puffy, like I’d just gone to the dentist.

Bottom line It kind of works, but due to a chalky residue, the texture isn’t ideal. I’ll be sticking with Lip Venom, thanks. 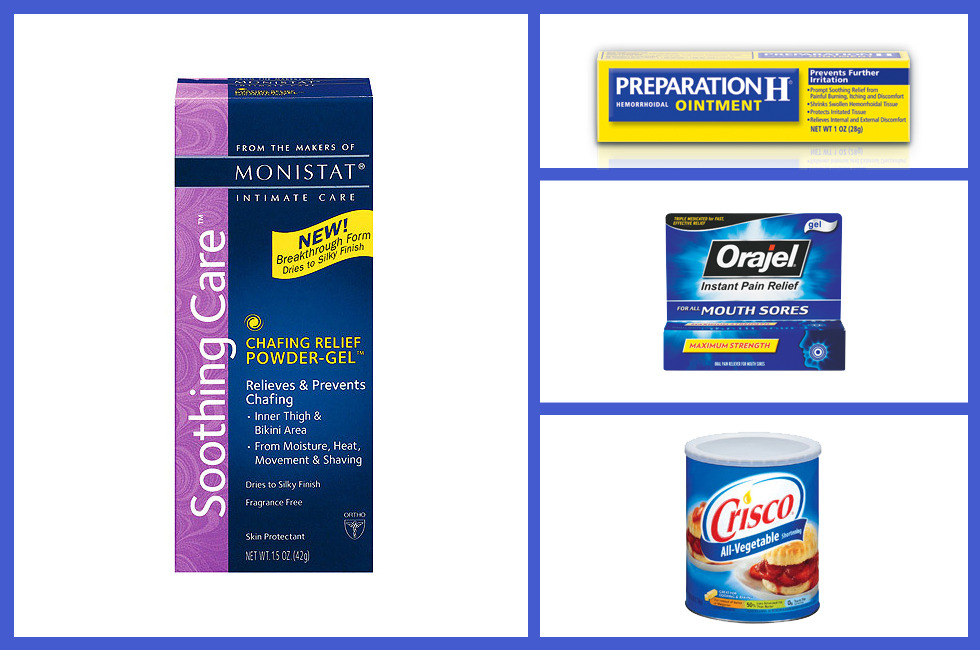 Our take Remember when primers weren’t a thing? Now we can’t live without them! But the cost adds up. Enter Monistat Anti-Chafing Gel-to-Powder, which some makeup artists swear by as an inexpensive alternative. The secret is in the 1.2% dimethicone at the top of the ingredients list (dimethicone is a type of silicone, which is what gives the product its slip and pore-blurring effect); overall, the ingredients are similar to some of the top-selling primers on the market. As a major fan of primers, I was excited to see how Monistat compared, and I wasn’t disappointed: I could barely tell the difference from my usual go-to! My face looked smoother and my foundation lasted all day. For a third of the price of department store primers, this is what we call a good easy-swap drugstore dupe. Bonus: you can also use it for its intended purpose, perfect for the summer heat! Put some on your feet before you slip on your strappy heels for a no-rub wear that lasts all day.

Bottom line If you’re a silicone primer fan, then run, don’t walk! Just remember that some people are sensitive to silica.

What it’s supposed to be for: Baking
Beauty repurpose: Do-it-all moisturizer

Our take I’ll admit to being skeptical. The idea of putting shortening on my face encouraged visions of industrial-strength breakouts dancing in my head. But the internet is buzzing with praise for this cheap, easily available moisturizer alternative, so I put it to the test. Crisco is a vegetable shortening, not lard (Surprise! It’s vegan!). Believe it or not, Crisco was originally developed by Procter & Gamble as a vegetable substitute for animal-tallow candles. Its ingredients include soybean oil and fully hydrogenated palm oil. The formula is also regularly used in hospitals to help treat severe eczema.

Bottom line When I tentatively looked in the mirror the morning after slathering all over my face, I was pleasantly surprised—no breakout, just glowing, hydrated skin. If the thought of oil near your face freaks you out, try it as an inexpensive body moisturizer instead. (I’m putting mine in a pretty glass jar to avoid awkward questions from guests).

Do you have any weird beauty substitutions and swaps? Comment below; it’s just between us!